Linda Ronstadt Can’t Sing Aloud Anymore, So She Sings in Her Head

American singer Linda Ronstadt is famous not just for her astounding voice and range, but for the ease with which she navigated through different musical genres. She performed country, opera, Latin, and, most famously, rock music throughout her career. Yet by 2011, Ronstadt’s career came to an end after health difficulties left her unable to sing.

Given the name “The First Lady of Rock,” Ronstadt has undeniably had an amazing career. She began singing professionally in the mid-1960s as part of a folk rock band, before moving on to start a career as a solo artist. It was her first solo album, Hand Sown…Home Grown, that was Ronstadt’s first foray into the world of country-rock music. Although she began touring with other musicians after this, it wasn’t until she produced a few more albums that her rock music really took off. 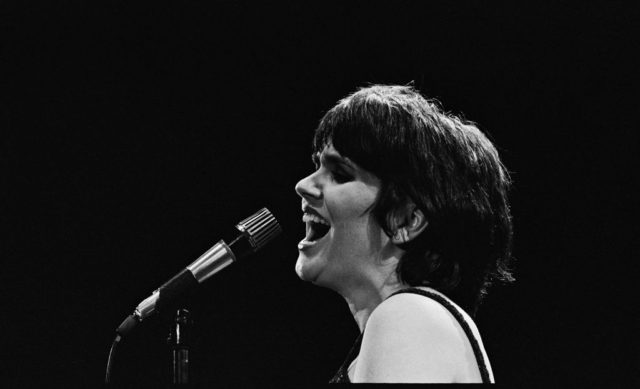 Always continuing to broaden the scope of her music, Ronstadt agreed to perform in the comic opera The Pirates of Penzance in the ’80s. This earned her a Tony nomination and solidified her popularity as a performer for making such an unexpected move. She continued to produce albums, many of which went multi-platinum. During this period she was also selling out concerts, setting many records as one of the top-grossing performers of her era.

When she retired in 2011, it wasn’t because she’d lost interest in music. Rather, she’d developed a rare condition that had begun to affect her ability to sing. She told Anderson Cooper that she couldn’t hear the notes at the top of her vocal range: “My throat would clutch up. It would just be like I had a cramp or something.” 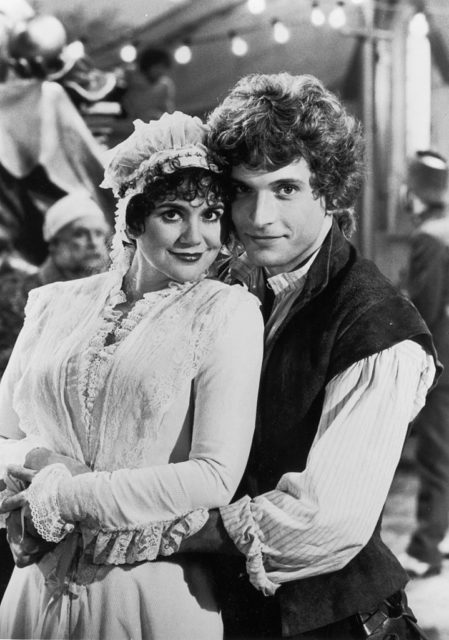 She didn’t discuss the condition, initially believed to be Parkinson’s, publicly until 2013. In 2019 she learned she actually had a rarer condition called progressive supranuclear palsy (PSP) which caused her inability to sing. PSP is often misdiagnosed as Parkinson’s due to similar symptoms. It’s a brain disorder that impacts an individual’s ability to speak, swallow, see, think, and move due to damaged nerve cells in the brain.

Despite being unable to sing aloud now due to her illness, Ronstadt has found a new way to continue enjoying music. In an interview with TODAY, she went into detail about how she keeps up with her music: “I can sing in my brain. Sometimes, I choose the song, and sometimes my brain chooses the song.” She admits, however, that when it is the latter making the choice, the options are usually far from enjoyable. 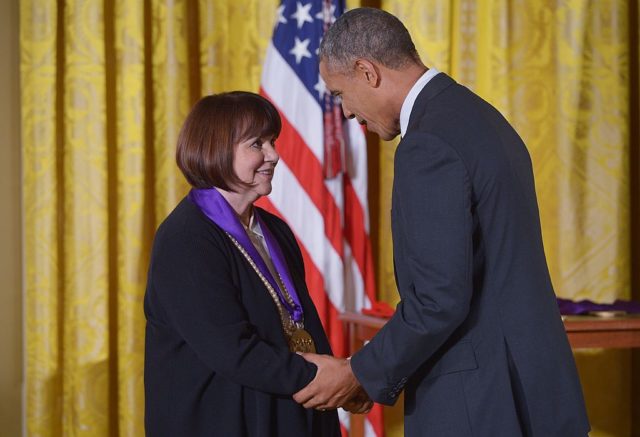 Linda Ronstadt is presented the National Medal of Arts during a ceremony in the East Room of the White House, July 28, 2014. (Photo Credit: Mandel Ngan/ AFP/ Getty Images)

“My brain chooses the worst music. It just blares away in my head, like really bad Christmas carols.” Interestingly, the songs that she performs in her head are rarely, if ever, her own songs, but are instead the music of others. Ronstadt envisions the entire performance in her mind, knowing exactly “what [she] would be doing with it,” including the musical accompaniments.

More from us: Ozzy Osbourne’s Health Has His Wife Sharon Feeling Emotional

Linda Ronstadt tries to make the best of the situation, even if she evidently misses being able to sing aloud. She admits that singing in her head just is “not quite the same.” Even if she is unable to sing, the legacy of her music lives on through her many albums, awards, and performances throughout the decades.

« Dolly Oesterreich and the Story of Milwaukee’s Strangest Love Triangle
Phil Hartman’s Death: The Tragic End of an ‘SNL’ Legend »