Dolly Oesterreich and the Story of Milwaukee’s Strangest Love Triangle

There has never been a more famous love triangle than that of Dolly Oesterreich, her husband, and her beau during the Roaring ’20s. A stowaway lover living in the attic of the married couple, a murder committed in fear and passion, and a trial where everyone walked away scot-free… This love story didn’t have a conventional happy ending. 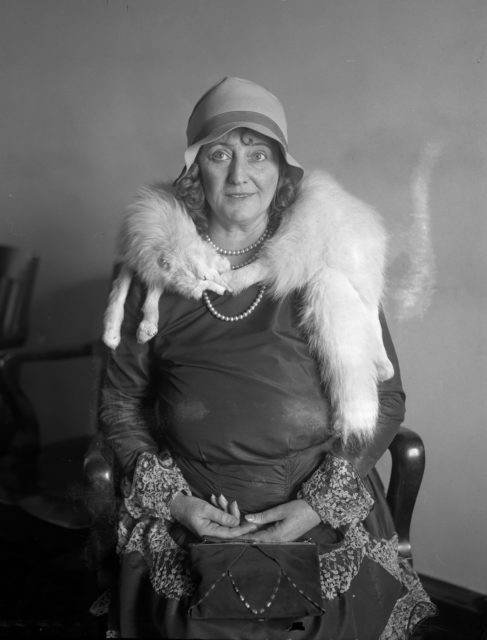 Walburga “Dolly” Oesterreich was the 33-year-old housewife of Fred Oesterreich, a wealthy businessman who owned an apron manufacturing company in Milwaukee, Wisconsin. She was popular among her husband’s workers, who viewed her as an intermediary in labor disputes, whereas Fred was distant and generally unlikeable.

The couple’s marriage was peaceful for the most part, until the unexpected death of their son, Raymond. After that, Fred’s drinking increased and made him more aggressive, while Dolly was no longer sexually satisfied.

In 1913, Dolly began an affair with a sewing machine repairman, Otto Sanhuber, who worked on machines at Fred’s factory. She must have taken a liking to the 17-year-old after seeing him there, as she had Fred send him to their residence to repair their personal sewing machine. When she greeted Otto at the door, she was wearing nothing but a robe and stockings. Thus began their twisted affair. 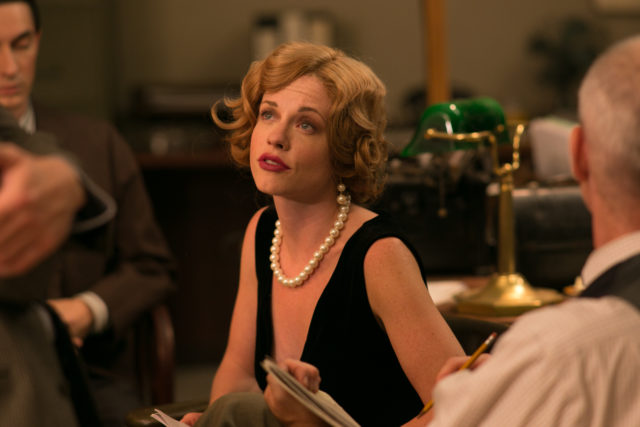 The Lover in the Attic: A True Story (2018) tells the tale of the deadly love triangle. (Photo Credit: murraymomo / MovieStillsDB)

Initially, Dolly and Otto met at hotels and other places, but eventually slept with one another in the Oesterreichs’ bed. Neighbors were curious as to why the same young man kept coming over and Dolly offered the excuse that he was her “vagabond half-brother.” However, people remained suspicious. To prevent further inquiries, she convinced Otto to quit his job and move into their attic, so he wouldn’t be seen coming and going.

The move was easy enough, as Otto had no family. Fred worked long hours, so when he was away, Otto helped Dolly maintain the house, after which the two spent the rest of the day in bed. Fred noticed some strange things, such as food going missing and sounds coming from the attic, but left it alone.

The move to Los Angeles, California 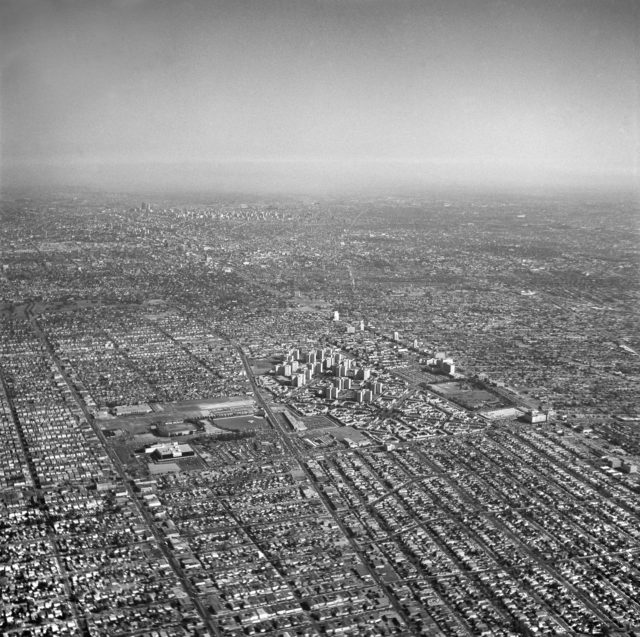 In 1918, Fred opened up another factory along the West Coast and convinced Dolly to move to Los Angeles, California. She agreed to move, but under the condition the new home had an attic. Fred complied and made sure their new residence had an attic space.

Dolly sent Otto to the new house ahead of the movers, so he’d be settled in before the Oesterriechs arrived. The pair continued their affair. Whenever Dolly was away or Fred was home, Otto spent his time pursuing his dream and passion: becoming a pulp fiction author.

Fred Oesterreich is shot and killed 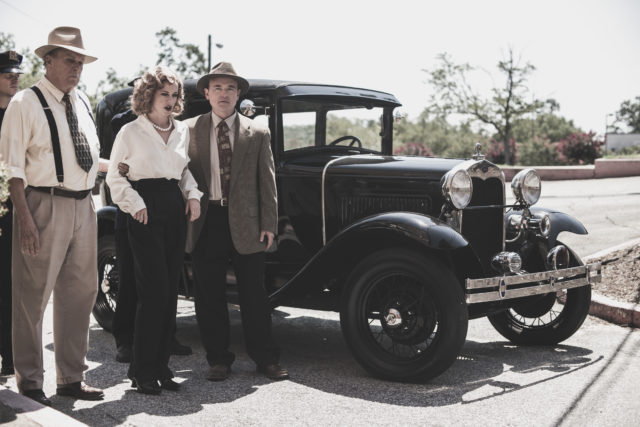 The Lover in the Attic: A True Story, 2018. (Photo Credit: murraymomo / MovieStillsDB)

Almost a decade after the secret love affair began, things took a turn. On August 22, 1922, Fred came home intoxicated and got into an argument with Dolly. Things got violent, making Otto scared for Dolly’s safety. He emerged from the attic with Fred’s .25 caliber pistols in each hand. When Fred saw him, the two got into a scuffle that ultimately ended with Otto shooting Fred in the chest three times, killing him.

Knowing the neighbors would report the gunshots, Otto quickly locked Dolly in a closet on the second floor, grabbed Fred’s diamond watch, and rushed up to the attic. When the police arrived, they found Dolly locked in the closet. She said she’d been shoved into the small room after burglars entered the home and killed her husband.

Believing she couldn’t have locked herself in the closet, the officers let her go. However, they remained suspicious, as $50,000 worth of jewelry had been left in the house. 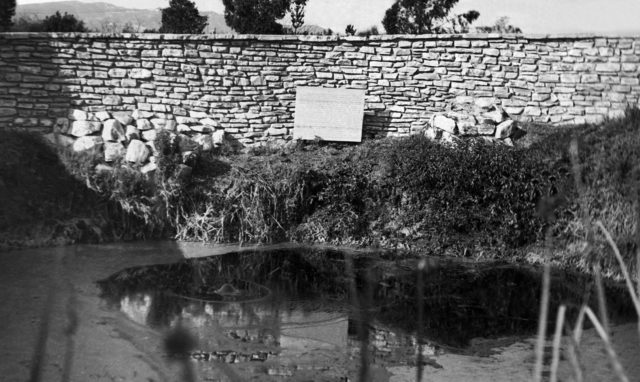 Following the death of her husband, Dolly inherited millions and purchased a new home. Strangely, Otto moved into the attic, despite there no longer being a need to hide their relationship. Dolly then started a romance with her lawyer, Herman S. Shapiro. Similar to Fred, he worked long hours, which allowed her to begin a third romantic relationship with a man named Roy Klumb.

It’s believed Dolly’s relationship with Roy came about as a way to dispose of the pistols used in Fred’s murder; she convinced him to throw one into the La Brea Tar Pits and had her neighbor bury the other. After the pair’s messy breakup, Roy brought the information about the handguns to the police, who took Dolly into custody in 1923. 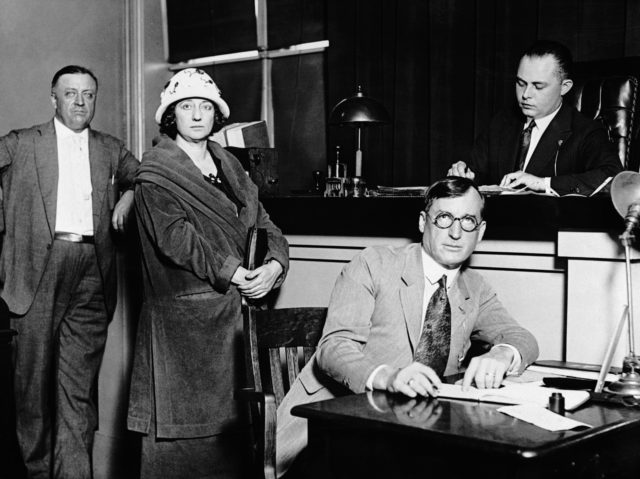 Dolly Oesterreich being arraigned in court on charges of conspiring to murder her husband. (Photo Credit: Bettmann / Getty Images)

While in custody, Dolly begged Herman to buy groceries, bring them to the house, and knock on the ceiling of the bedroom closet to let her “vagabond half-brother” (Otto) know it was okay to come out. He hadn’t known anyone was living in the attic. When he knocked on the ceiling, Otto was so happy to converse with another man that he explained his relationship with Dolly to him.

Furious, Herman kicked Otto out of the attic, after which Dolly’s secret lover fled to Canada. The police weren’t able to pin the pistols to Dolly, due to their corroded condition, and were forced to release her. She and Herman continued their relationship, and she gifted him the watch that had supposedly been stolen by the burglars who’d killed her husband. She told him there was no need to go to the police, as she’d simply found the accessory under a cushion.

Otto returned to Los Angeles in 1930. After an irreparable rift between Herman and Dolly, the former went to police to tell them about Otto and Dolly’s relationship and the diamond watch. The pair were soon arrested and the story became front-page news.

Dolly Oesterreich and Otto Sanhuber are put on trial 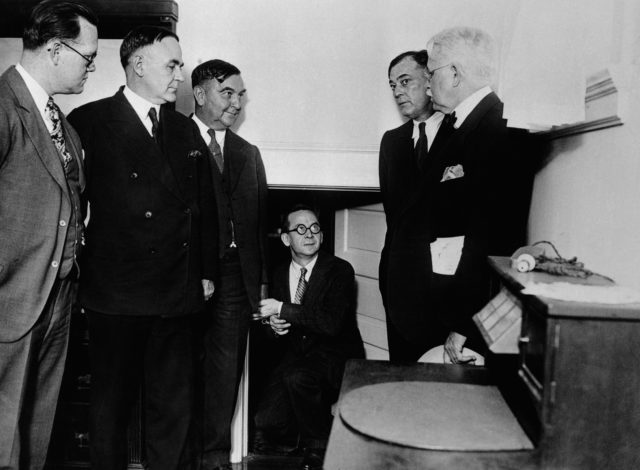 Otto Sanhuber showing court officials the door through which he passed to get to the Oesterreichs’ attic. (Photo Credit: Bettmann / Getty Images)

When Dolly and Otto were put on trial, each was described by the media in ways that sensationalized this already crazy story. Dolly was portrayed as the femme fatale who had an insatiable lust, while Otto was described as the “Bat Man” who enjoyed the masochistic role in their relationship. Otto’s defense tried to play on Dolly’s “black widow” reputation, saying he was her sex slave.

More from us: The ‘Schlong’ Awaited Reopening of Lord Byron’s Vault Revealed a Shocking Secret

Otto was found guilty of manslaughter, but as eight years had passed since the shooting, his sentence was nullified by the statute of limitations; he walked away a free man. Dolly was charged for conspiracy, but she, too, walked free after the jury remained divided. Her indictment was dropped in 1936, and she went on to marry again, before dying in 1961.

« Bono Woke Up In the Lincoln Bedroom After Boozing It Up At the White House
Linda Ronstadt Can’t Sing Aloud Anymore, So She Sings in Her Head »