There aren’t too many people who can say they’ve slept in the Lincoln Bedroom at the White House, especially after a night of drinking. However, U2 frontman Bono did exactly that, recounting the alcohol-induced nap in his memoir, Surrender: 40 Songs, One Story, and during an interview with BBC Radio 2. 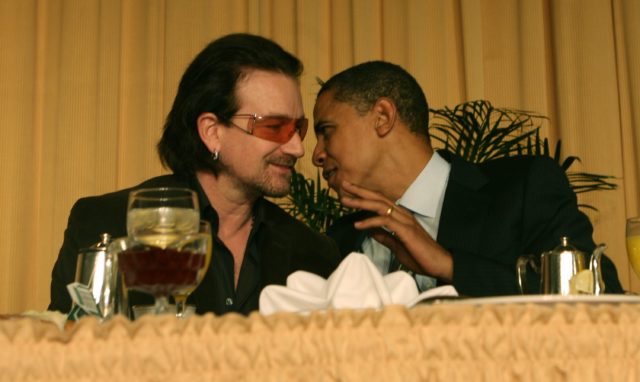 Bono has maintained a long-standing friendship with former US President Barack Obama. During the politician’s eight years in office, U2‘s advocacy group, ONE, which raises awareness about HIV/AIDS and money for its treatment, worked closely with the Obama Administration.

Beyond their advocacy work together, the former president is actually a fan of the Irish rock band. He selected U2’s “City of Blinding Lights” to play during his presidential campaign in 2008 and ’12, and the track also played as Obama walked on stage in 2017 to deliver his Farewell Address.

Some alcohols cause Bono to suffer from an allergic reaction 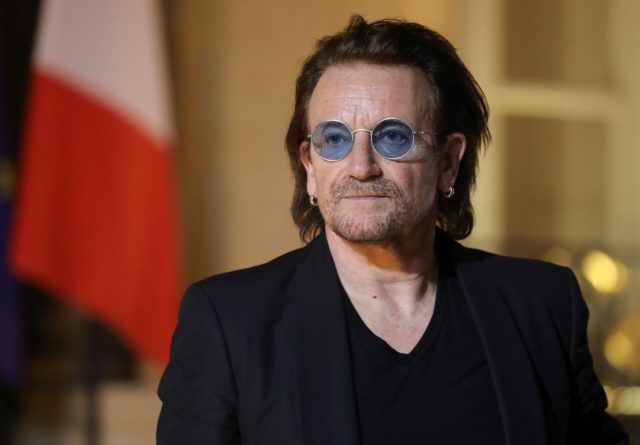 Toward the end of Barack Obama’s presidency, Bono and his wife, Ali Hewson, attended a dinner hosted by him and then-First Lady Michelle at the White House. With their meal, they had a few drinks. Unfortunately, Bono’s allergic to the salicylates found in red wine. According to the singer, unless he takes an antihistamine, the reaction causes his “head to well up like a balloon” and/or makes him “fall asleep somewhere” shortly after drinking.

The Obamas served cocktails and wine that night, which Bono happily accepted. “If I’d stuck to the cocktails, all would have been well, but I allowed myself a glass of wine with the meal,” he wrote in his memoir. He further explained, “I had them and the wine and the allergy and I ended up slipping out for a kip and the president said to Ali after about 10 minutes, ‘Where’s Bono gone?'”

Bono’s wife and President Obama go searching for him 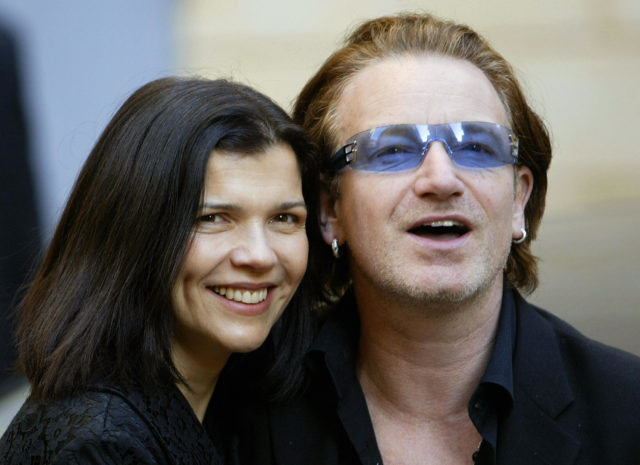 This wasn’t the first time Bono needed to get some rest while he and Hewson were out. As such, she wasn’t worried about his whereabouts. When asked about the U2 frontman’s whereabouts by President Obama, she replied, “He’s just gone for a sleep.”

As Bono outlined in his memoir, “She said, ‘He has to, he just has to go for these sleeps, he’ll be back in 10 minutes. I’ve been with him for 30 years, don’t you worry a thing about him, Mr. President. I’ll go find him.'” However, Obama insisted on joining Hewson in her search for her husband.

Bono slept in the Lincoln Bedroom 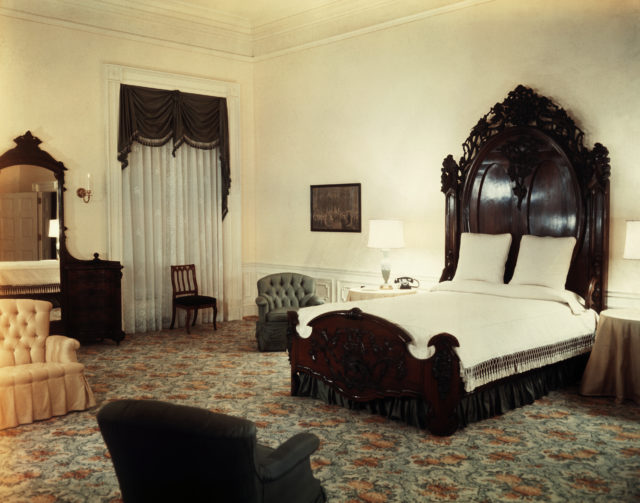 The Lincoln Bedroom, which President Abraham Lincoln used as an office, is located in guest suite at the White House. (Photo Credit: Bettmann / Getty Images)

President Obama recalled having spoken with Bono that evening about Abraham Lincoln‘s Gettysburg Address. This gave him a pretty good idea as to where the singer may have gone to rest. They walked toward the Lincoln Bedroom and, lo and behold, there he was, “out cold, head in the bosom of Abraham Lincoln, on his very bed.”

As it turns out, Obama found the whole thing amusing and enjoys making light of the situation. “He just woke me up and laughed. President laughed his head off,” Bono explained. 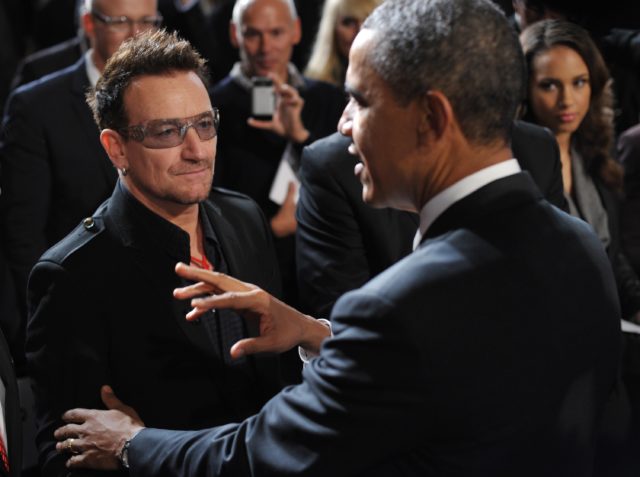 To this day, Barack Obama still teases Bono about the time he fell asleep in the Lincoln Bedroom. “He does tell people that he drinks me under the table, he doesn’t believe the allergy thing,” Bono wrote. “He does make strong cocktails, though, just saying.” In particular, he knows how to whip up a good martini.

More from us: Pattie Boyd Remembers Last Meeting with Ex-Husband George Harrison Before He Died

As aforementioned, this wasn’t Bono’s first time falling asleep somewhere due to his allergy. “I’ve fallen asleep in really awkward spots; the lighting desk of Sonic Youth – they mixed around me and couldn’t be nicer,” he laughed while speaking with BBC Radio 2. “I’ve slept on the street, on car bonnets and indeed I did fall asleep at the White House and they were very, very good about it actually.”

« The Discovery of a 2,000-Year-Old Statue Might “Rewrite History”
Dolly Oesterreich and the Story of Milwaukee’s Strangest Love Triangle »