At the height of The Beatles’ music career, famous 1960s model Pattie Boyd was married to lead guitarist George Harrison. Although it was not destined to last romantically, the former couple remained close well into their later years. They’d frequently visit each other and keep in touch in other ways. In the lead-up to the release of her photographic memoir, Pattie Boyd: My Life in Pictures, she got candid with People about the last time she saw her ex-husband before his death.

When Pattie Boyd was just 19 she accepted a role in The Beatles’ movie, A Hard Day’s Night, and met her future husband. New to acting, she was incredibly nervous. Her role – uttering the single line “Prisoners?!” – clearly went off without a hitch, as Boyd and Harrison were married by 1966. They divorced in 1977, having separated in 1974. 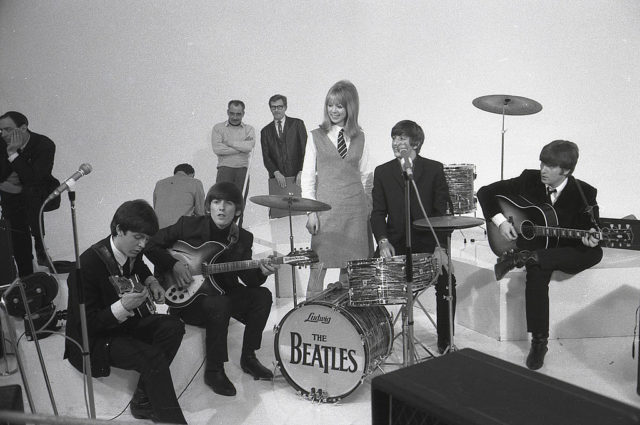 Despite their love for each other, the two ended up parting ways for a number of reasons: Harrison’s numerous affairs, his increased use of drugs, and a growing distance between the couple. The end of their relationship also coincided with the band’s famously tumultuous period, which caused issues that Boyd says her then-husband brought home with him.

The split was very amicable – to the point that when Boyd began a relationship with Eric Clapton soon after, the three spent Christmas together and the Beatles even played a song at their eventual wedding.

It was only a few months before Harrison’s death in 2001 that he decided to pay Boyd a visit. She said, “He came with some little gifts and we played music and had some tea. It was lovely to see him, but I knew he wasn’t well. I sensed that he wanted to see me rather than leave it too late.” Later in the day, they took a walk around the garden at her house where he pointed out that “the flowers are shivering.” 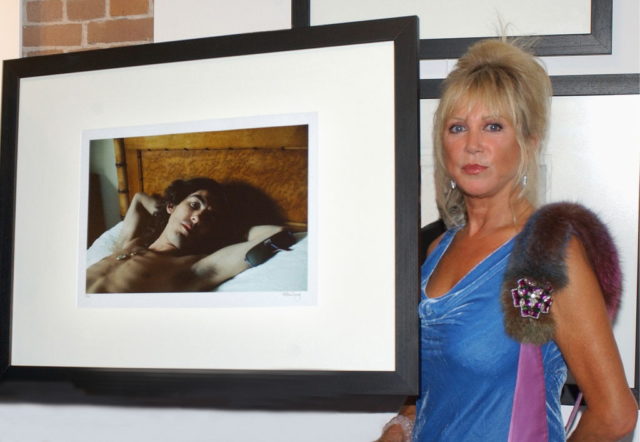 Pattie Boyd with a photo she took of George Harrison when they were together used in an exhibition in Rotterdam, the Netherlands, 2005. (Photo Credit: Rob Verhorst/ Redferns/ Getty Images)

This was the last time that the former couple would see each other. Harrison died on November 29, 2001 after losing his battle with cancer. He had been diagnosed in 1997 but decided to keep it from his family and friends, instead choosing to arrange final visits without telling them why. It’s probably that many of them, like Boyd, suspected something was amiss.

In a previous memoir released in 2007, Wonderful Tonight, Boyd spoke openly about how she felt after finding out Harrison was gone. “I burst into tears when I heard he had died; I felt completely bereft. I couldn’t bear the thought of a world without George.” 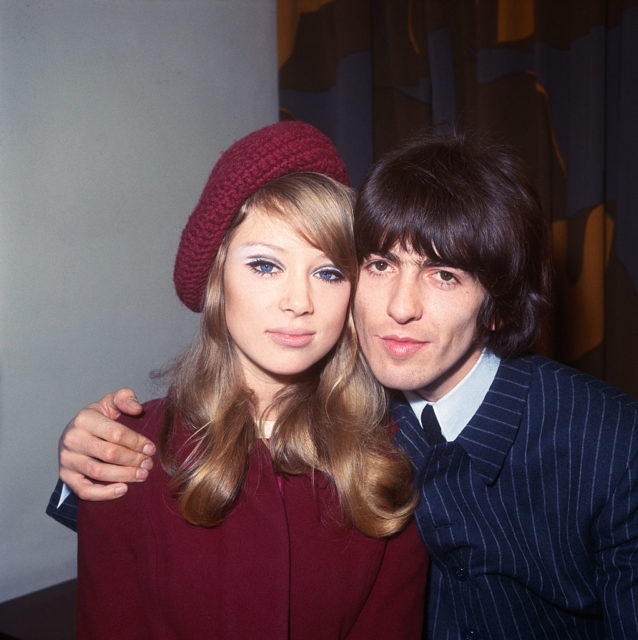 She continued, “I think I’ll miss George for the rest of my life. I would have incredibly vivid dreams that he was alive. Then I would wake up and reality would wash over me.”

In her interview with People, Boyd remembered him just as fondly. She believes there are several soulmates out there for each person, indicating that Harrison was one of hers: “Just because things didn’t work out as we planned, it didn’t diminish our love for each other.”

« Did ‘Weird Al’ Yankovic and Madonna Really Have a Romantic Relationship?
All Our Favorite Disney Castles Were Based on Real-Life Palaces »