Did ‘Weird Al’ Yankovic and Madonna Really Have a Romantic Relationship?

The 2022 movie Weird: The Al Yankovic Story – part biography, part parody – has brought a new light to the life of performer “Weird Al” Yankovic, best known for his accordion playing and his comedy songs. The movie has raised questions among viewers about certain parts of Weird Al’s life – namely whether or not he had a relationship with Madonna as is portrayed in the film.

THIS ARTICLE CONTAINS SPOILERS FOR WEIRD: THE AL YANKOVIC STORY

Weird Al’s new film, although based on his life, is more meant to be a satirical take that Vanity Fair called an “exceedingly strange absurdist parody of a rock-and-roll biopic.” Despite this, it has generally been well received by both critics and audiences for its exceptional humor and for the fantastic performance given by former Harry Potter star, Daniel Radcliffe, who played Weird Al. 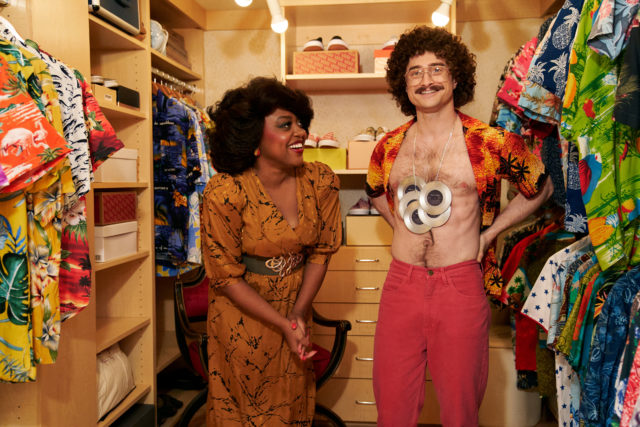 Although he didn’t star in the film, Weird Al co-wrote the script with director Eric Appel, and re-recorded many of his songs for the project. He also wrote an original song, “Now You Know,” just for the movie. These recordings were used to replace Radcliffe’s voice, although the actor did really sing while they were taping because he found it too difficult to properly lip sync the words. He also had to learn some of the basics of accordion playing – with tutorials from Weird Al himself, of course.

If you’ve seen the movie, you know that there are a number of interesting people and situations included. One of these is Weird Al’s relationship with the iconic singer Madonna. It was apparent just from the film’s trailer that the pair were some form of couple, as they were shown kissing. So was Weird Al Yankovic really in a relationship with Madonna?

The answer is no. Despite how it’s featured throughout most of Weird, Yankovic confessed in an interview with Jimmy Fallon that they have never been involved. “Our relationship is platonic, by the way,” he said. “The only time I actually met her was in 1985. I talked to her for maybe like, 45 seconds backstage.” She was, however, allegedly the one to come up with the idea for “Like a Surgeon” when she suggested it to a friend. The idea made it back to Weird Al and he followed through with it.

As disappointed as some viewers may be to find out that Weird Al and Madonna were never in a relationship, this is certainly not the only element of his life that the movie embellished. For example, cartel leader Pablo Escobar was not a Weird Al superfan – that we know of, that is. Weird Al certainly didn’t murder the drug lord or get killed in return while onstage in 1985. 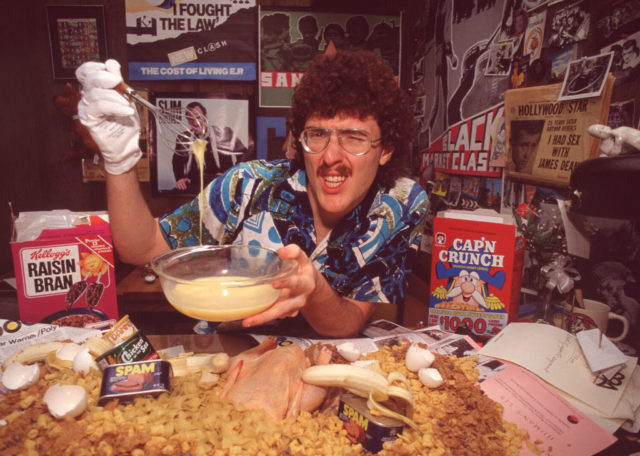 This is all entirely fictitious. Despite all of the embellishments, there is some truth to Weird. It’s true that his interest in the accordion was sparked by a door-to-door salesman who visited his family home.

Weird Al’s first accordion lesson happened the day before his seventh birthday. Who could have known what this would lead to?