Archaeologists have discovered a remarkable tunnel located underneath the Taposiris Magna Temple in Egypt. Its location matches up with theories about where Cleopatra’s body was buried, and excavations have begun in hopes of finding the Egyptian queen’s long-lost tomb. 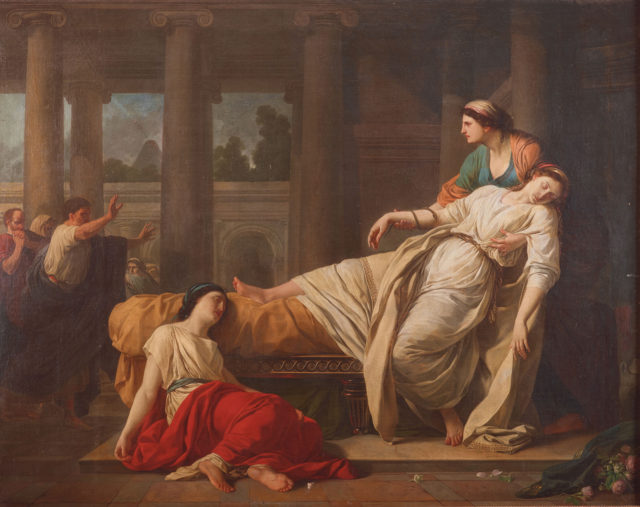 Cleopatra VII ruled as queen of the Ptolemaic Kingdom of Egypt from 51 BC until her death in 30 BC. During her time as queen, she had multiple love affairs with politicians, most notably Roman dictator Julius Caesar and Roman politician Marc Antony. Her relationships were historically famous, even serving as the plot of the William Shakespeare play, Antony and Cleopatra.

Her reign and love affairs changed the course of history. Following her defeat by the Roman Empire, Rome took over Egypt. In an effort to prevent herself from being paraded as a trophy of Roman victory, Cleopatra ended her life. Her death signaled the end of the Hellenistic period.

If her tomb is here, it is very symbolic 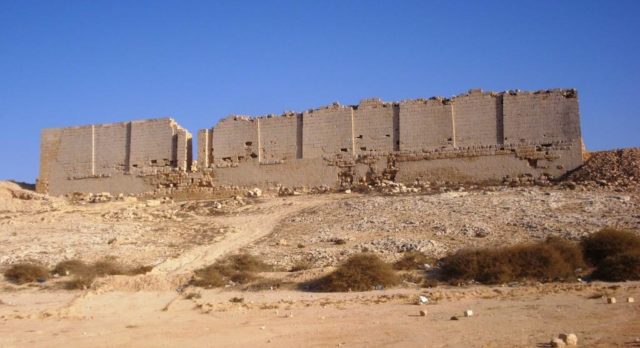 Cleopatra’s relationship with Antony was significant and complex, but their deaths were even more so. Both Cleopatra and Antony died by suicide, Antony going first following his defeat to Octavian. After his death, Cleopatra negotiated with Octavian to have Antony’s body buried in Egypt.

Maiken Mosleth King, a lecturer in ancient history from the University of Bristol’s Department of Classics and Ancient History, explained how symbolic it would be if the couple was buried at the Taposiris Magna Temple, otherwise known as the “great tomb of Osiris.” “If Cleopatra and Antony were buried in this temple, this would have made a powerful political and religious statement, likening the death of Antony to the murder of Osiris,” he said.

By being buried here, Cleopatra and Antony would have eternal life together, living in different forms of existence. If Cleopatra had herself and Antony buried at the temple, they would be seen as the reenactments of Isis and Osiris.

“This would also have placed Cleopatra in the role of the dutiful mourning wife Isis, for posterity to see. To the Egyptian public, it would have sent the message that the god-like power of the Pharaohs could not be extinguished by Roman savagery,” King explained.

The discovery of the tunnel 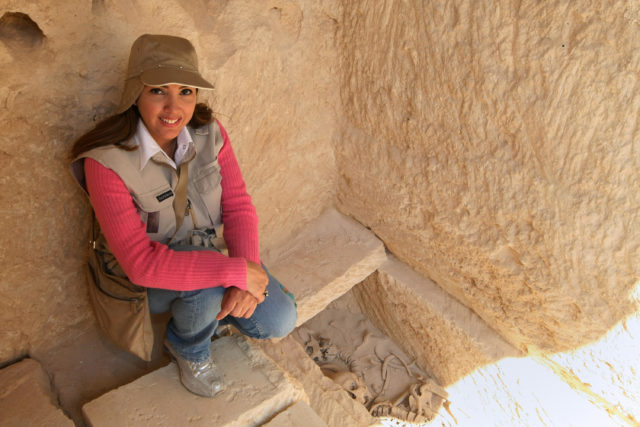 Kathleen Martinez, an Egyptologist from the Dominican Republic, sits near a grave found at the temple of Tasposiris Magna near Borg al-Arab, 50 kms (30 miles) west of Alexandria, on April 19, 2009. (Photo Credit: CRIS BOURONCLE / AFP / Getty Images)

The tunnel that’s believed to be the key to finding Cleopatra’s tomb was discovered under the Taposiris Magna Temple, located near the once-capital city of Alexandria. Thirteen meters underground, it is 0.8 miles long and has a height of about six feet.

Egypt’s Tourism and Antiquities Ministry has described the tunnel as a “geometric miracle.” Kathleen Martinez, who headed the joint excavation, said, “This is the first time that any archeologist has found tunnels, passages underground [and] inside the enclosure walls of the temple, so we have changed forever what they know about the architecture.”

Parts of the tunnel were submerged in water, confirming a theory that the Taposiris Magna Temple’s foundations are underwater. This is thought to have been caused by a number of earthquakes that occurred between 320 and 1303 AD. 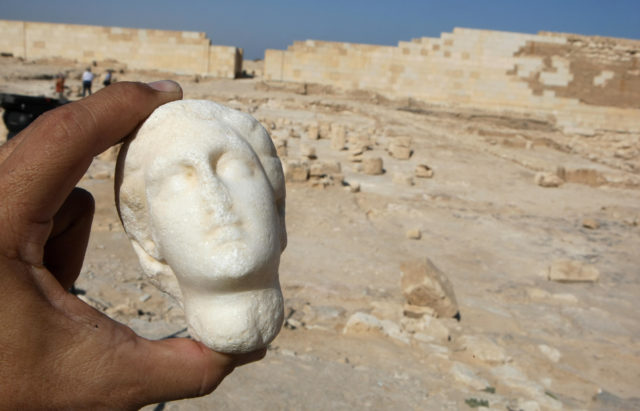 An alabaster statue of Cleopatra is shown to the press at the temple of Tasposiris Magna near Borg al-Arab, 50 kms (30 miles) west of Alexandria, on April 19, 2009. (Photo Credit: CRIS BOURONCLE / AFP / Getty Images)

Numerous artifacts have been found inside of the tunnel, further suggesting that the tomb of Cleopatra may be nearby. Two mummies with gold leaf-wrapped tongues were found in a poor state of preservation, a result of the water found under the temple. The golden tongues are a clear sign that they were of society’s elite class, and they may have interacted with Cleopatra personally.

A cemetery was also located facing the temple, indicating that a royal may be buried nearby. Other items found at the site included a variety of coins with the names of Cleopatra and Alexander the Great on them, beheaded statues of the Egyptian goddess Isis, multiple pottery vessels, and a block of limestone.

Martinez is a self-taught archaeologist 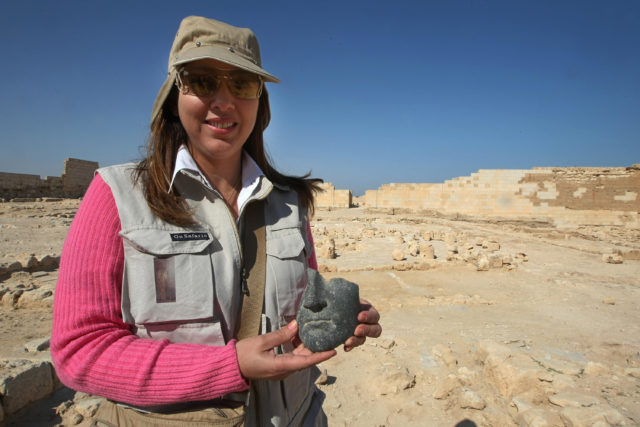 Martinez’s search for Cleopatra’s tomb and her work at the Taposiris Magna Temple has stretched over 15 years. “As a result of 10 years of study of Cleopatra’s historical character … I need to come to Egypt to the field to see the remains of this temple to be sure that these remains have the possibility of being the lost tomb of Cleopatra,” she said

Martinez made this discovery as a self-taught archaeologist. “I don’t think 100 per cent as an archaeologist, because my first training is as a criminal lawyer, so I took Cleopatra as a case,” she said. It didn’t take her long to recognize that this particular area of the temple that they were searching in could very well lead to the tomb of Cleopatra.

“After three months studying the area, I realised it was the perfect place for Cleopatra’s tomb. Nobody ever came out with this idea,” she explained. “This is the first time that any archeologist has found tunnels, passages underground [and] inside the enclosure walls of the temple.”

Martinez is committed to continuing the search for Cleopatra’s tomb, however long that may take. “If there’s a one per cent chance that the last queen of Egypt could be buried there, it is my duty to search for her,” she said. She also noted that should the tunnel lead to Cleopatra’s tomb, it would be “the most important discovery of the 21st century.”

« 9 of the Best Television Shows From the 1970s
Did ‘Weird Al’ Yankovic and Madonna Really Have a Romantic Relationship? »