Find the Facts You’re Looking For About The Joshua Tree, U2’s Iconic Album

It may be over three decades old but the world hasn’t forgotten The Joshua Tree. This 1987 album established U2 as a musical force to be reckoned with and remains their best-selling record.

Even if you aren’t familiar with Bono and co, the songs are unmistakable, from “I Still Haven’t Found What I’m Looking For” to “Where the Streets Have No Name” and beyond.

How did this stadium-filling classic get made? Find out, care of these eye and ear-opening facts. 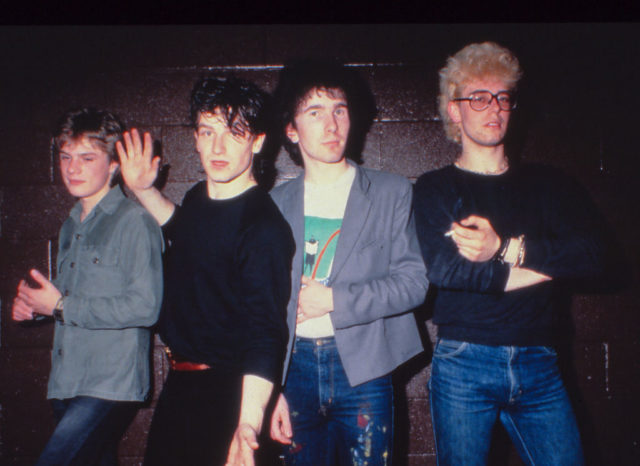 While the image of The Joshua Tree looms large, the band had a different title in mind originally. As reported by The Independent, touring in the USA as a well-known group was a powerful experience for the Irish lads.

This and the effect of White House foreign policy in Central America led to the working title The Two Americas. The intention was to highlight the contrast between the American Dream and the impact it made in different countries.

Bono and his wife Ali Hewson traveled to Nicaragua and El Salvador, as well as Egypt and Ethiopia. The arid landscapes of the latter also planted a seed. Specifically, the image of the Joshua Tree (or Yucca brevifolia) captured the singer’s imagination.

Photographer Anton Corbijn supplied the image. He recalled Bono being fascinated at how the name came “from Mormon settlers who thought its limbs reminded them of a Biblical story of Joshua lifting his hands in prayer.”

Forks on the road to The Joshua Tree 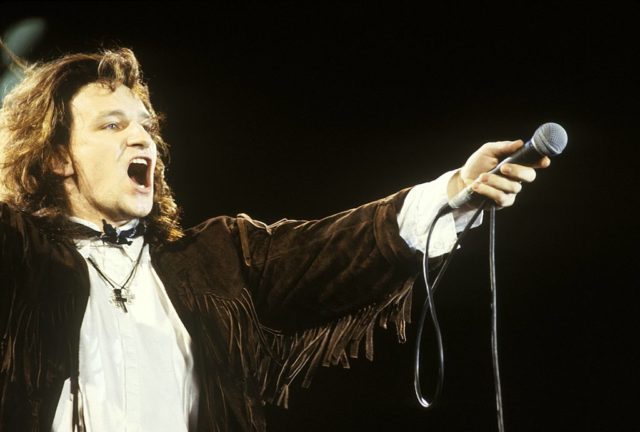 Sometimes albums can take a long time to put together. There are creative obstacles as well as practical ones. The Joshua Tree was conceived in 1985 and there were stops and starts before the record was finally finished.

A major inspiration for U2 appears to have been Amnesty International’s A Conspiracy of Hope concerts. In 1986, the band took part in these benefits and the process helped them focus on the subject matter they wanted for their upcoming release.

The end result received rave reviews. Looking back for the 30th anniversary, Rolling Stone writes the album is “Technologically innovative, politically charged, spiritually conscious and radio-friendly in the extreme.”

The recording venue was like something from a historical epic 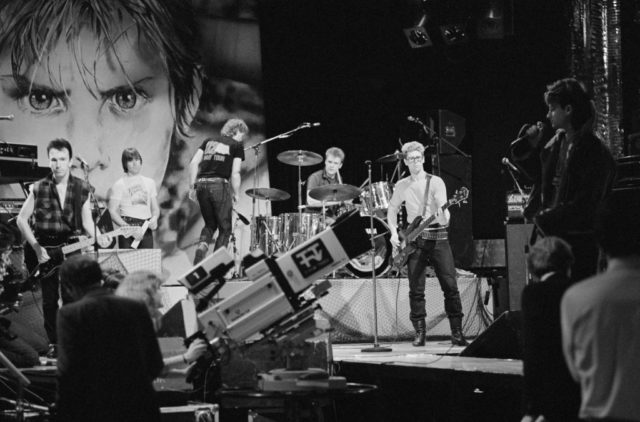 The Edge and Bono of Irish rock band U2 rehearsing in front of the cameras on the set of Channel 4 TV show ‘The Tube’, Newcastle, United Kingdom, 1983. (Photo Credit: Erica Echenberg/Redferns)

The Joshua Tree took inspiration from hypocrisies and injustices around the world. These contrasts were arguably writ large in the choice of venue used to record the album.

Danesmoate House in the Wicklow Mountains of Rathfarnham, South Dublin wasn’t your typical recording studio. In fact, it wasn’t a recording studio at all! This Georgian mansion could have become the residence of The Edge. Instead, he decided it might make a good creative space to rent.

The Independent describes how they “converted the grand dining room into a control room,” and “replaced a pair of massive double doors with a Plexiglass screen,” among other alterations.

Ultimately U2’s bassist Adam Clayton bought the property. He still calls it home as of 2022. And it’s kind of a victory for him – the house is within sight of his old school. They’d expelled him as a youngster, little suspecting he’d be moving in up the road decades later!

Alongside geographical and spiritual factors, a personal tragedy affected the making of The Joshua Tree.

Greg Carroll was a Maori who worked behind the scenes during the New Zealand leg of U2’s Unforgettable Fire tour in 1984. As written about by Rolling Stone, Carroll and others took Bono to see the local sights when his body clock stopped him from sleeping.

These sights included One Tree Hill, or Maungakiekie, a volcanic peak in Auckland. It was the beginning of a friendship between Bono and Carroll. The band went on to hire him as an assistant, though sadly he died in a road accident in Dublin two years later.

Carroll had reportedly been riding Bono’s motorcycle home for him. The track “One Tree Hill” was composed in his memory. The Joshua Tree album is dedicated to him. 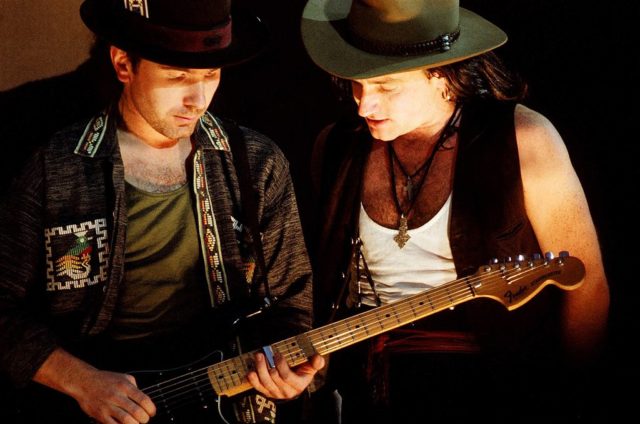 The Edge and Bono of U2 perform on stage at Wembley Stadium on June 12th, 1987 on ‘The Joshua Tree’ tour in London, England. The Edge is playing slide guitar. (Photo Credit: Pete Still/Redferns)

Brian Eno was one of the musical powerhouses brought in to work on The Joshua Tree as a producer. It’s easy to picture an acclaimed figure like Eno as a perfectionist. However, it was The Edge’s attention to detail that resulted in a dramatic incident.

The top-flight guitarist spent so long creating the elaborate riff for “Where the Streets Have No Name,” that tensions boiled over. It was a no-no from Eno, who at one point tried to wipe the precious tape so people could move on.

Contact Music reported on The Edge’s comments to Elvis Costello: “The engineer had to physically grab him (a junior engineer) and pull him out of the control room” to prevent the extreme intervention from taking place.

The one that got away 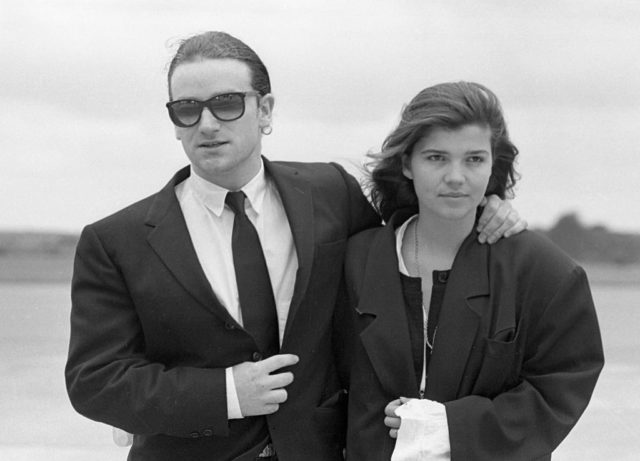 One of U2’s most popular hits around that time was “Sweetest Thing,” released twice as a B-side to Where the Streets Have No Name and as part of 1998’s The Best Of… respectively.

This was another classic that came from The Joshua Tree. “Sweetest Thing” actually went unused but relates directly to the circumstances surrounding the epic album. Bono sings it in tribute to his wife, who probably wasn’t happy that he had to work on her birthday. The inconvenience gave rise to a period of maximum creativity! 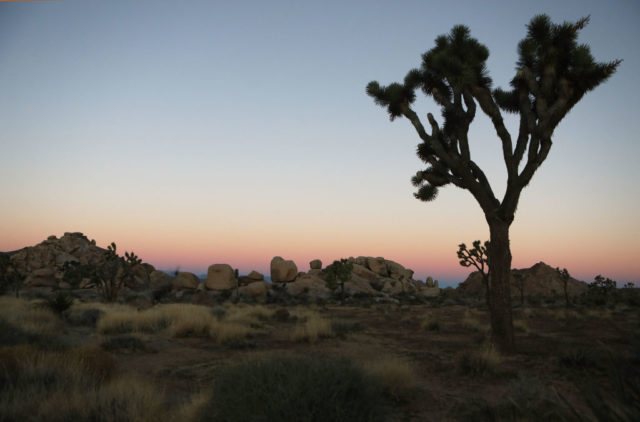 Where was the tree featured in the record of the same name? It was snapped by Anton Corbijn and U2 fans have tried to find it, mostly without success. Quoted by Rolling Stone, Bono quipped it was probably better that way, “or else some guy will arrive with it at a gig.”

Joking aside, the quest for the Joshua Tree had fatal consequences. NME recalls how couple Guus Van Home and Helena Nuellet from the Netherlands died after apparently looking for the natural feature in question. Rolling Stone mentions that the Joshua Tree National Park where their bodies were found is often identified, wrongly, as the location for Corbijn’s image.