Bebe Buell, The Legendary ‘Groupie’ Who Inspired Famous Rockers Of The ’70s

The most famous “groupie” of the 1970s is about to get her own documentary! Bebe Buell was a fixture of the rock n’ roll scene from the 1970s, dating musicians such as Mick Jagger, Rod Stewart, Elvis Costello, David Bowie, and Aerosmith’s frontman Steven Tyler. This documentary will undoubtedly cover these iconic relationships, along with the other highs and lows of Buell’s reign during the 1970s. 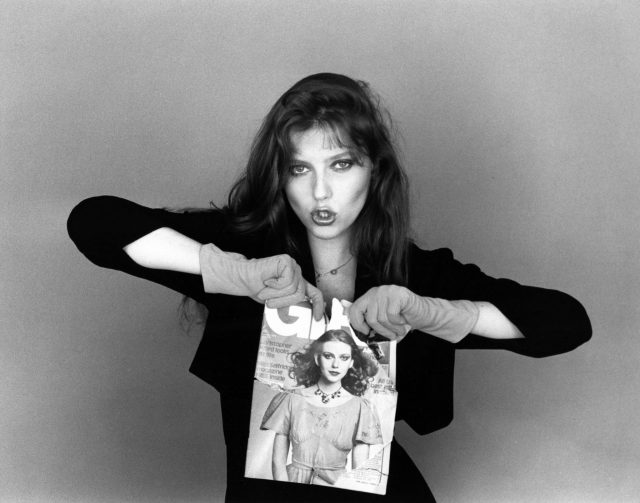 The documentary on Buell’s life is set to start filming in January of 2022 in New York and Nashville, where Buell resides. The idea for a documentary arose during the COVID-19 pandemic. According to Buell herself, “during the Covid break, I took some time to select on my life and all the amazing memories I made and people I met. I also thought about those we have lost recently and how so many will never be able to share their true experiences. I realized that now is the time to tell the real story of my life, including things I have never spoken about before.”

Daniel Catullo’s City Drive Studios is set to produce the new documentary. This is the same company that produced the Emmy-winning documentary, The Square. As of right now, the documentary does not yet have a release date.

The extraordinary life of Bebe Buell 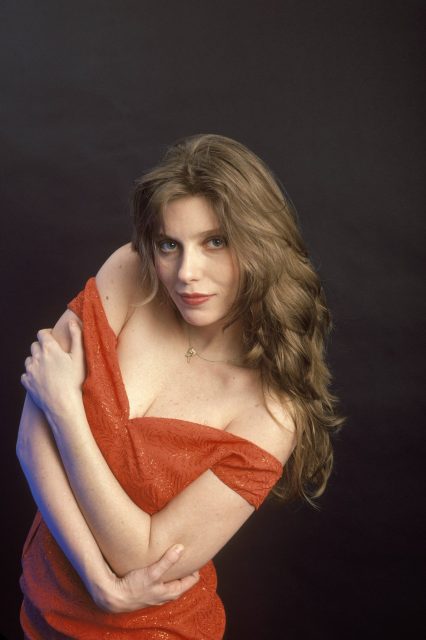 For those who don’t know the iconic Bebe Buell and why she deserves her own documentary, let us introduce her to you. Bebe Buell was born on July 14, 1953, in Portsmouth, Virginia.

From an early age, Buell knew that she was destined for great things. According to Buell, “As early as five I’d stick my leg out in a rock stance for family pictures. I was obsessed with Mick Jagger. I’d stand in front of the mirror and copy him.”

When Bebe was 17, she was discovered by modeling agency executive Eileen Ford. She relocated to New York and met celebrities such as Todd Rundgren and Andy Warhol. 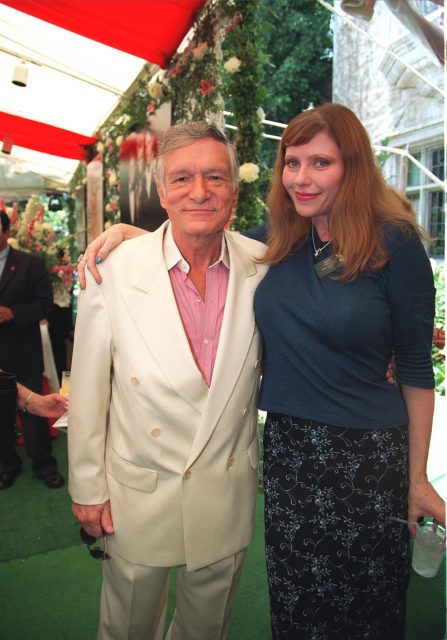 In 1974, Bebe Buell was Playboy’s “Playmate of the Month” for the November 1974 issue. In a Rolling Stone interview, Buell recalled shooting her centerfold at the Playboy Mansion in Chicago, and playing Monopoly with Hugh Hefner. During this game, the pair made a bet that if Bebe beat Hefner, she would get $10,000 rather than the standard $5,000 that every Playmate got. She ended up beating Hef, but had to sign an NDA in the process so no other Playmate would get upset.

The Ford Modeling Agency wasn’t all too pleased that Bebe had posed nude and fired her from their agency. However, Bebe attributes this shoot to getting her foot in the door with the many famous musicians she would meet. According to Bebe herself, after she did Playboy, “the rock stars came a-hunting, as I like to say.”

She’s a muse, not a groupie 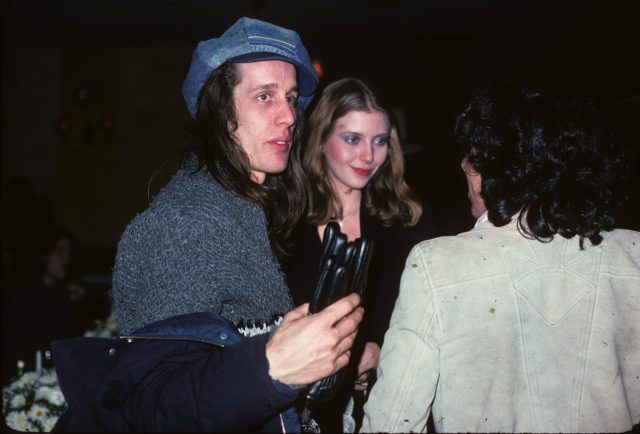 When discussing her past, Bebe prefers to describe herself as a “muse.” She has been romantically linked with some of the hottest stars of the 1970s, including Mick Jagger, Rod Stewart, Iggy Pop, Jimmy Page, Elvis Costello, David Bowie, and of course, Steven Tyler. In fact, Todd Rundgren’s “Can We Still Be Friends?” and Elvis Costello’s “I Want You” were both written about Bebe.

From 1972 to 1978, Bebe had an on-again-off-again romance with musician Todd Rundgren. The pair became known as “rock royalty” and were often compared to other famous romantic pairings, including Angie and David Bowie. 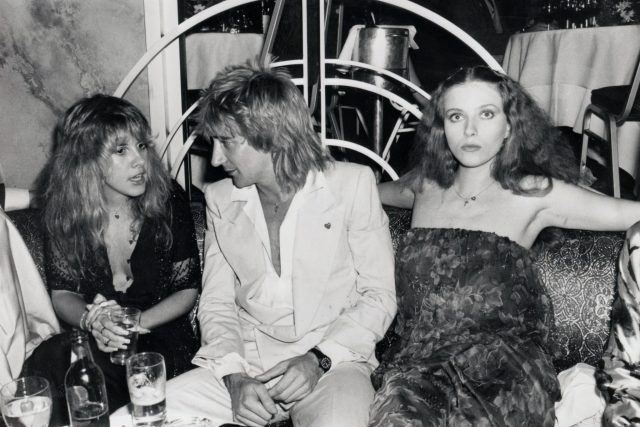 In 1976, Buell had a brief fling with singer Steven Tyler which resulted in an unplanned pregnancy. This fling happened when Todd Rundgren and Bebe were on a break. However, the pair soon reconciled and Bebe gave birth to her daughter, Liv Tyler, on July 1, 1977. Despite Rundgren and Buell splitting for good in 1978, Bebe’s daughter Liv thought that Todd Rundgren was her paternal father until she was in middle school.

Buell decided to keep the real paternity of Liv’s father a secret because of Steven Tyler’s drug problem at the time of her daughter’s birth. Bebe and Todd “made a pact that he [Rundgren] would be Liv’s father, and if it ever became an issue, we’d tell her at 18.” Liv eventually found out the identity of her real father, and even went on the change her last name to Tyler. 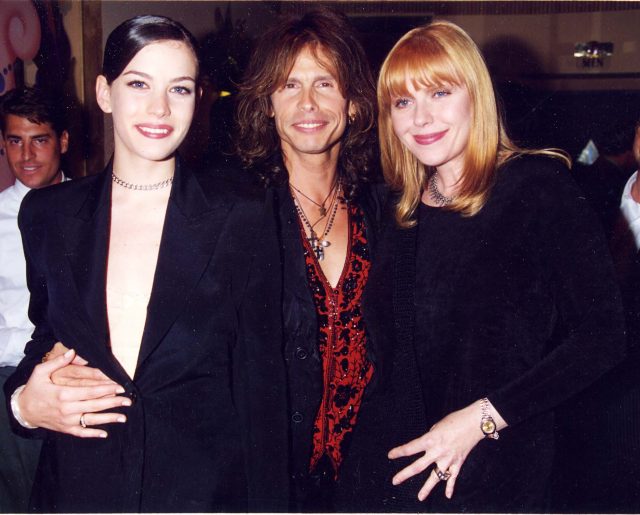 Not just a pretty face

Although Bebe Buell started as a model and has been romantically linked to some major names, Buell is also a successful musician. In 1981, she released her debut album Covers Girl, and had the Cars playing as her band on two tracks. 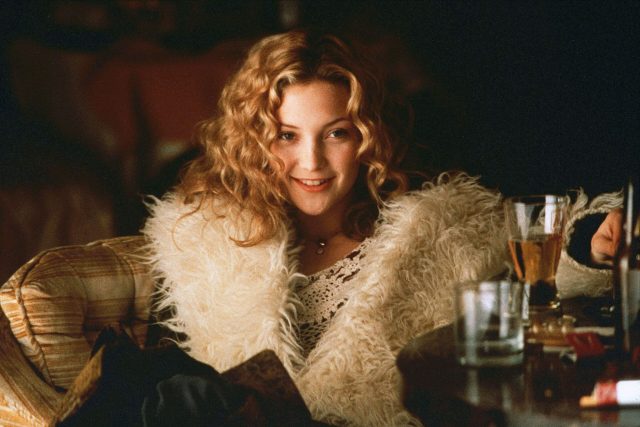 Buell also managed her daughter’s career as an international model and actress. Interestingly enough, Buell also served as the inspiration for Penny Lane (played by Kate Hudson) in the movie Almost Famous (2000).

After learning a bit more about her life, one thing is certain – Bebe Buell’s documentary is going to give us major tea on the most iconic decade of rock and roll history!