It’s one of the most talked-about endings in TV history. And also one of the most ambiguous. Who or what did Tony see at the climax of The Sopranos season 6? His daughter Meadow or a deadly Magnum?

Accompanied by “Don’t Stop Believin'”, the final sequence ends abruptly with a cut to black. Viewers never found out what happened. However, series creator David Chase stoked the flames of speculation again this month, during an interview with The Hollywood Reporter. Albeit inadvertently!

Did David Chase reveal what happened to Tony Soprano? 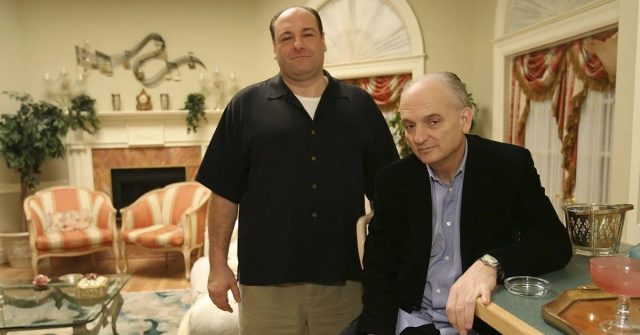 Yes and no. The story starts with another interview Chase gave to authors Matt Zoller Seitz and Alan Sepinwall. Their 2018 book The Sopranos Sessionsgives an in-depth look into the making of the “family” saga.

Maybe a little too in-depth, as far as Chase was concerned. His reference to the finale having a “death scene” was picked up on by Zoller Seitz, who pointed out the killer description. The reply the eagle-eared author got back was – appropriately enough for a Sopranos writer – on the foul-mouthed side.

Did Chase cuss because he’d been rumbled, or was there another reason?

The death of Tony Soprano 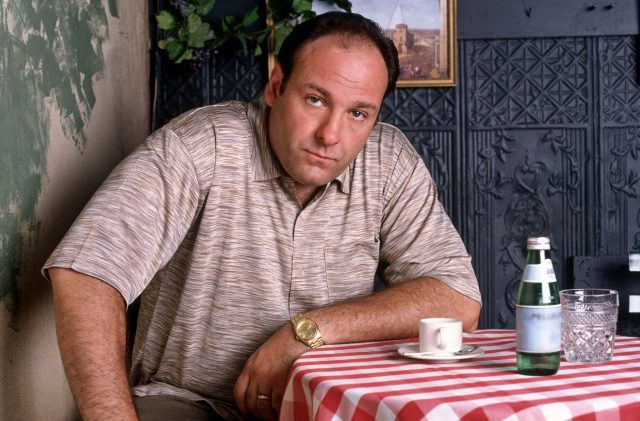 James Gandolfini on the set of ‘The Sopranos’ (Photo Credit: HBO & MovieStillsDB)

Chase was indeed talking about Tony’s demise. Just not in that scene. Before the well-known diner sequence hit TV screens, there was another ending in mind for Tony. This time, the result would be a little more definitive.

Asked by The Hollywood Reporter about his “gotcha” type moment for The Sopranos Sessions, Chase explained all, stating he had his alternate version in mind when talking to Zoller Seitz and Sepinwall.

Outlining what would have taken place, he said: “the last scene could be him coming from New Jersey back into New York for a meeting at which he was going to be killed.” The scene would reverse the show’s title sequence, which showed Tony making his way to the city from home. “Woke Up This Morning” by Alabama 3 played during the journey.

So, it turns out Tony Soprano was in line for a whacking. As things stand, however, he potentially still lives.

One of HBO’s greatest shows 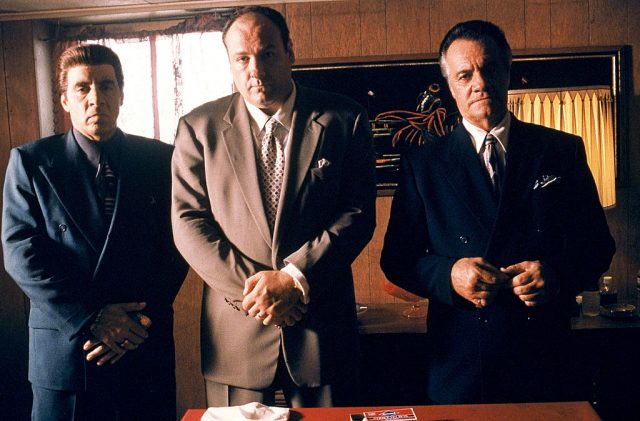 Winning multiple Emmys and Golden Globes, The Sopranos is seen as a benchmark for small screen excellence.

The tone of the show was dark but often featured comedy. Surprisingly, Chase and co took inspiration from The Three Stooges. And this wasn’t far off the mark behind the scenes, according to some accounts.

On his Sopranos podcast, Michael Imperioli recently revealed how he and Gandolfini were once chained to a tree when shooting a scene. This wasn’t some Mafia hit. The actors had consumed a bottle of liquor and may have fallen off the edge of a cliff otherwise. 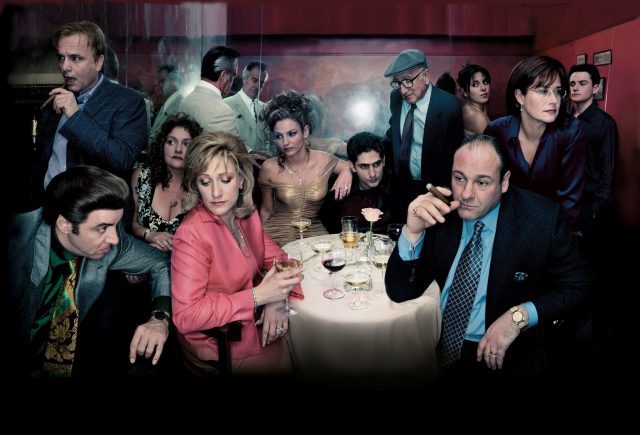 David Chase moved on to write and direct the 2012 rock music period drama Not Fade Away. The movie starred Tony himself, James Gandolfini.

Gandolfini, who reportedly walked out of his audition for Tony Soprano because he was unhappy with his performance, passed away the following year.

The Sopranos never left Chase, who based part of the saga on his own life. Tony’s troubled relationship with mother Livia took inspiration from Chase’s own family interactions.

James Gandolfini’s son Michael took the role of a younger Tony for the prequel movie The Many Saints Of Newark. It wasn’t a shoo-in – Gandolfini Jr. had to audition first.

The film didn’t light up the box office but received some positive reviews. Healthy streaming numbers – it received a simultaneous release both on the big screen and online – led to it being hailed a success. It also drew attention back to the original series. 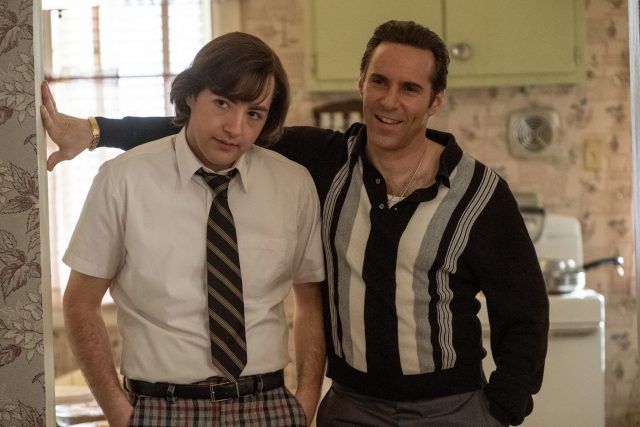 More from us: No Waste Management Required For These Facts About The Sopranos

Deadline reported last month that another Sopranos release was being discussed. This could be either a movie or TV show. Chase has recently signed a five-year deal with WarnerMedia.

“It’s literally lifted all of The Sopranos franchise in a new way,” said Ann Sarnoff, CEO of Studio and Networks, in reference to the prequel. “You can’t measure just by the box office.”

« Bebe Buell, The Legendary ‘Groupie’ Who Inspired Famous Rockers Of The ’70s
Stars And Strifes! Rejected Amendments To The U.S. Constitution »