Christina Applegate Returns to the Spotlight After MS Diagnosis: ‘Today, I Was Me’

On November 14, 2022, Christina Applegate made her first public appearance since announcing her multiple sclerosis diagnosis in early 2021. The ceremony that unveiled her star on the Hollywood Walk of Fame was originally set to take place in 2020 but was delayed by the COVID-19 pandemic.

A touching ‘Married… with Children’ reunion on the Walk of Fame

In 2021, Applegate received a life-altering diagnosis of multiple sclerosis, or MS. The disease affects the central nervous system in the brain and spinal cord, causing inflammation and disruptions to the electrical messages in the brain that can impair walking, vision, and emotional well-being.

Applegate was honored with a Walk of Fame ceremony led by her Married…with Children co-stars, David Faustino and Katey Sagal, who shared an emotional statement with Applegate: “You’re not alone. We’re all here.” Co-star Linda Cardellini and creator Liz Feldman, who work with Applegate on her Netflix series Dead to Me, also paid tribute to the star. 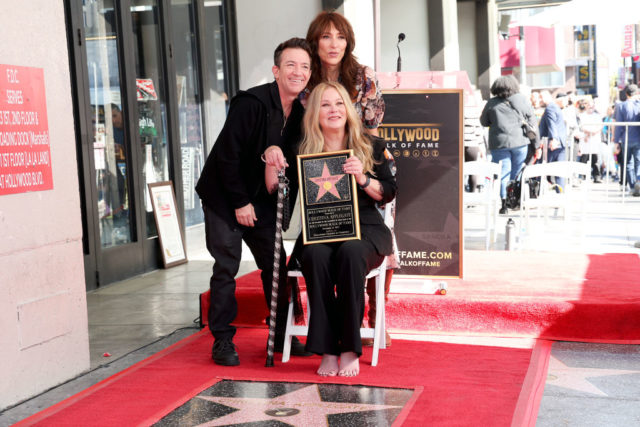 Then, it was Applegate’s turn to take the podium. She arrived barefoot, which she explained on Twitter: “For some with MS the feeling of shoes may hurt or make us feel off balance. So today I was me. Barefoot.” During her speech, the actress talked about her difficult diagnosis and the people who mean the most to her, especially her 11-year-old daughter Sadie Grace LeNoble:

“The most important person in this world is my daughter.” Applegate teared up as she talked. “You are so much more than even you know. You are so beautiful and kind and smart and interesting. I’m blessed every day that I get to wake up and take you to school… thank you for standing by me through all of this.”

She also addressed fans who attended the ceremony as “gorgeous… Every single one of you. I love you [all] so much.”

Born and bred in Hollywood, Applegate rose to fame with her breakout role as Kelly Bundy in the 1987 sitcom Married… with Children. She soon started to book parts alongside some of Hollywood’s biggest stars. Applegate played Cameron Diaz’s best friend in The Sweetest Thing (2002) and appeared alongside Gwenyth Paltrow in A View From the Top (2003). 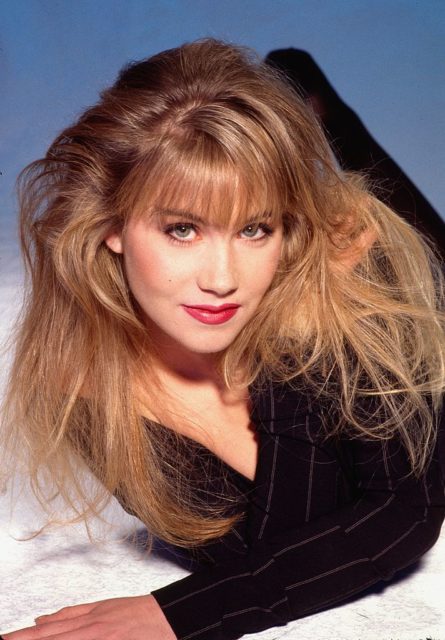 Applegate also loves dance and has studied jazz for most of her life, something that her recent diagnosis threatens to take away. MS isn’t her first health battle. In 2008, Applegate had a double mastectomy after being diagnosed with breast cancer. She has since been an advocate for breast cancer research and awareness alongside other celebrity survivors like Sheryl Crow and Suzanne Somers.

Ahead of her Walk of Fame ceremony, Applegate talked with Variety about her life since her MS diagnosis – including filming the third and final season of Dead to Me. Applegate said she was diagnosed during filming: “I had to call everybody and be like, ‘I have multiple sclerosis guys…And then it was about kind of learning – all of us learning – what I was going to be capable of doing.” 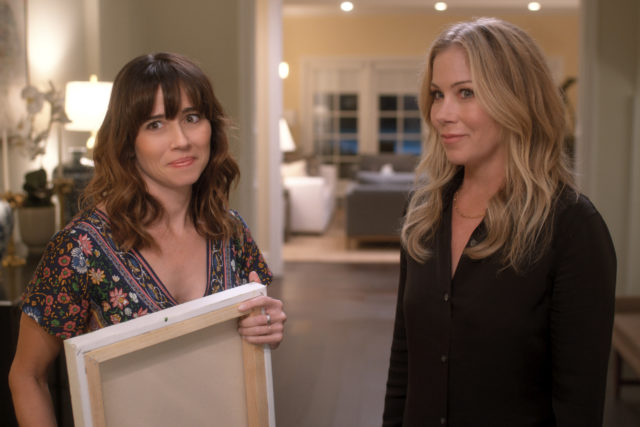 Working on set was a struggle for Applegate, who was “sleeping all the time,” and could barely walk during filming, even using a wheelchair to get to set. When talks of ending the show started, Applegate gave a rallying cry to save it. “I was like, ‘No, no, no, no, no, no: We have to finish this story. It’s too important to our hearts; too important to our souls. And we have to give this gift, not only to ourselves – there are people that love these characters, and we’ve got to let them have their closure too.'”

The last season of Dead to Me is set to air on November 17, 2022. “People are going to see me for the first time as a disabled person, and it’s very difficult,” said Applegate. The actress never let MS get in the way of achieving her goals, including this once-in-a-lifetime opportunity to receive a star on the iconic Walk of Fame, even if it means making some adjustments.

I have a very important ceremony coming up. This will be my first time out since diagnosed with MS. Walking sticks are now part of my new normal. Thank you @neowalksticks for these beauties. Stay tuned to see which ones make the cut for a week of stuff. pic.twitter.com/O543p1G4vS

More from us: Jane Fonda Admits She’s ‘Not Afraid’ of Death After Cancer Diagnosis: ‘I’m Ready’

Ahead of the ceremony, Applegate teased fans with a picture of canes that would be a part of her first public event since her MS diagnosis. Through it all, she has handled the physical, mental, and emotional changes MS brings with grace and lots of humor.