When art collector Laura Young discovered a 50-pound marble bust under a table at an Austin, Texas Goodwill store, she never imagined she’d found an ancient Roman artifact, which had been missing since the conclusion of the Second World War.

Me; I found a nice rare 1930s leaflet for cheap at a flea market!

Yes, that's a genuine Roman bust, she paid 35 bucks for it.
I hate her. pic.twitter.com/ryZDYXzmuU

Young purchased the bust in 2018 for just $34.99 USD. After noting how old it looked, she began looking into its origins, meeting with experts at the University of Texas at Austin and with several auction houses. Jörg Deterling, a consultant with Sotheby’s, was able to identify the piece, after which it was authenticated by the Bavarian Administration of State-Owned Palaces, Gardens and Lakes.

According to experts, the bust once belonged to the collection of King Ludwig I of Bavaria, who reigned from 1825-48. Believed to date back to either the first century BC or first century AD, it may depict the son of Pompey the Great, who was defeated by Julius Caesar during a civil war.

Ludwig I later had it installed in the courtyard of his full-scale replica of a Pompeii villa, known as the Pompejanum, which was built by architect Friedrich von Gärtner between 1840-48. It remained there until the end of the Second World War, when it mysteriously disappeared. 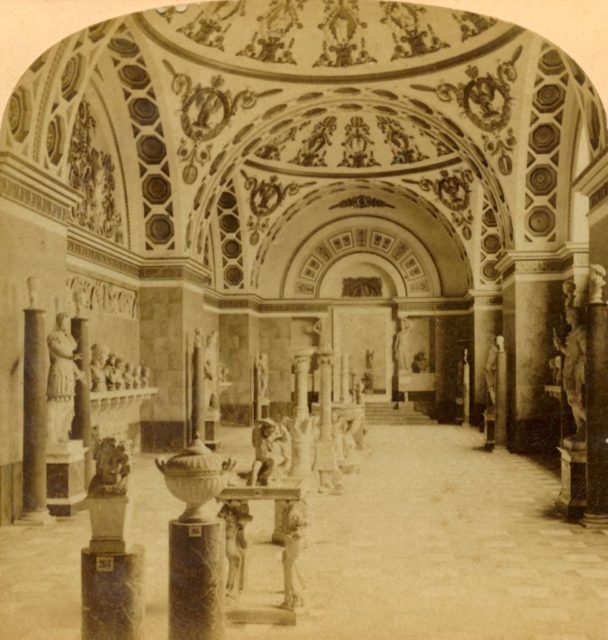 Hall of Romans, where King Ludwig I of Bavaria kept his collection of Greek and Roman statues. (Photo Credit: The Print Collector / Getty Images)

Allied bombers targeted Aschaffenburg, where Pompejanum was located, in January 1944. The replica was severely damaged in the raids. When authorities began restoring it in 1960, they discovered the bust was missing. After the war, the US Army established a number of military installations in the area, the majority of which remained active until the Cold War. It’s believed a soldier brought the bust back to Texas.

The Pompejanum opened as a museum in 1994. 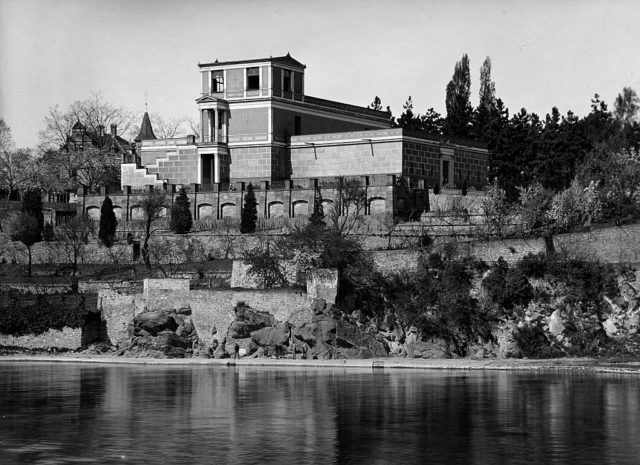 The Pompejanum, the replica of a villa from Pompeii. It was built for King Ludwig I of Bavaria between 1840-48. (Photo Credit: Philipp Kester / ullstein bild / Getty Images)

Young has reached a deal to return the ancient Roman bust to Germany, the terms of which have been kept confidential. Speaking about the discovery in a press release, Bernd Schreiber, president of the Bavarian Administration of State-Owned Palaces, Gardens and Lakes, said, “We are very pleased that a piece of Bavarian history that we thought was lost has reappeared and will soon be able to return to its rightful location.”

More from us: Corn Flakes, Fake Meat, and Electronic Horses – The Whacky Inventions of John Kellogg

The bust will be on display at the San Antonio Museum of Art until May 2023, after which it will be returned to Germany.

« What Happened To The Bodies From The Titanic?
The Controversial History of the McDonald’s Happy Meal »