What Happened To The Bodies From The Titanic?

On April 15, 1912, the RMS Titanic struck an iceberg in the Atlantic Ocean. With over 2200 passengers aboard the ship, there were only 706 recorded survivors following the ship’s foundering. The rest? Their bodies were either recovered from the water and transported to Halifax, buried at sea, or lost somewhere in the Atlantic. Here’s what happened to the bodies from the Titanic after so many unfortunate souls were lost to the preventable disaster. 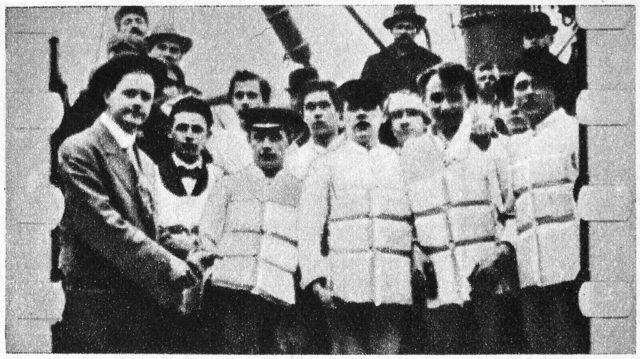 After the initial crash, multiple transmissions from the Titanic were heard by other ships linked through wireless telegraph sets. Crew members desperately sent out calls for assistance, their last legible transmission reading, “Come as quickly as possible, old man; the engine room is filling up to the boilers,” sent 20 minutes before the ship took its final plunge.

As the Titanic began to sink, the lifeboats on board (with space for only half the passenger aboard) filled rapidly. As the ship’s deck began to tilt forward at a ridiculously steep angle, passengers desperately tried to save their families by lashing them to makeshift rafts – deck chairs, doors, and wooden grates. For many, these efforts proved unsuccessful and they became additional victims of the sea. 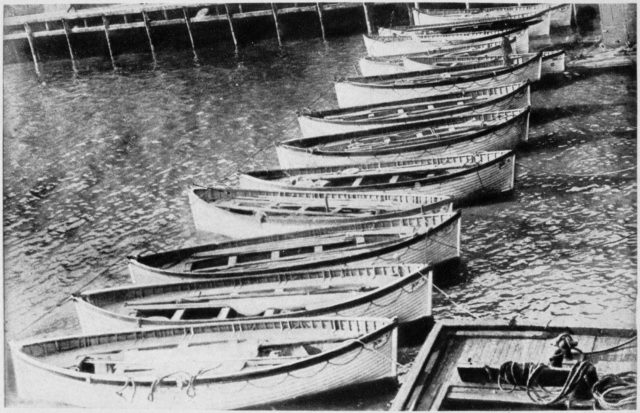 Photo of the lifeboats that carried most of the 706 survivors before being rescued. Photo Credit: Universal History Archive / Getty Images

Despite the Titanic having been equipped with enough life jackets and belts on board, it did little to save passengers. As opposed to drowning, the majority of victims froze to death in the cold north Atlantic water, their shoulders being held up by their life jackets. Those who were lucky enough to find a seat in the lifeboats were able to survive the night, but by daybreak, they saw before them a body-littered sea, the white of the life jackets resembling a flock of seagulls. 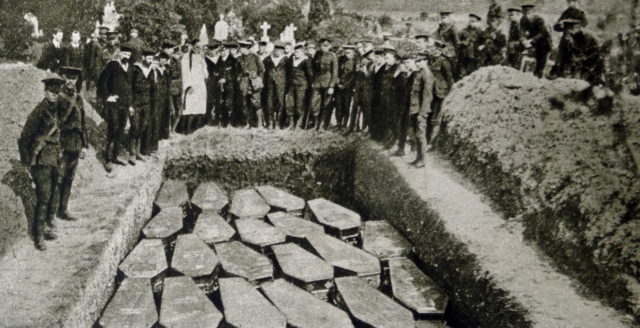 Photograph of the coffins of some of the victims of the sinking of the RMS Titanic, a passenger liner that sank in the North Atlantic Ocean. Photo Credit: Universal History Archive / Universal Images Group / Getty Images

Halifax-based cable ship CS Mackay-Bennett was quickly fitted to act as a morgue ship and sent out to the wreckage. Before setting off, it was equipped with all the embalming fluid available in Halifax, 100 wooden coffins, 100 tons of ice, and 12 tons of iron bars. The ship arrived at the scene of the wreckage on the evening of April 10, and the crew members soon found out their equipment would not be enough to cope with the massive number of victims they would encounter at sea.

Bodies were retrieved and hauled onto the ship, where the embalming process began. Each body was given a number, and their personal effects were bagged and marked with that same number. When the embalming equipment ran out, bodies were wrapped in canvas and placed on ice. Victims of the wreckage quickly filled up the available space on the Mackay-Bennett, and Captain Frederick Harold Lardner made the difficult decision to begin burying bodies at sea.

The undertaker told Captain Lardner that these bodies would not keep past three days in the water, and the Mackay-Bennett was to be out at sea for more than two weeks. Victims selected to be buried at sea were those identified by their clothing as third-class passengers and crew members. They were wrapped in canvas, weighed down with iron bars, and dropped over the side of the ship three at a time. An Anglican minister provided service during these burials.

In total, the Mackay-Bennett recovered 306 victims, transporting only 190 back to Halifax. The other 116 were buried at sea. 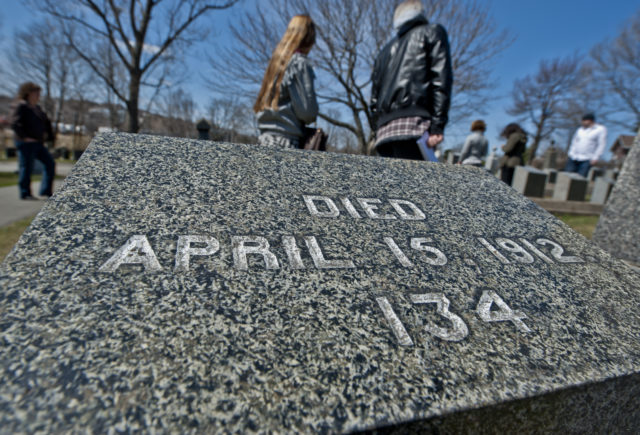 Fairview Cemetery in Halifax on April 14, 2012, where one hundred and twenty-one victims of the RMS Titanic were buried at the site. Photo Credit: ROGERIO BARBOSA / AFP / Getty Images

When the Mackay-Bennett docked in Halifax on April 30th, undertakers were already lined up with their black-draped hearses at the ready to take the corpses away to a temporary mortuary that was set up at Halifax’s Mayflower Curling Rink. All the victims aboard the Mackay-Bennett were processed here and eventually moved to various cemeteries across Halifax and elsewhere. 42 of these buried victims remain unidentified, their gravestones simply bearing a number and the date of the disaster.