Fairy Circle Mushrooms: The Stuff of Literature and Legend

Imagine this scene: you are walking through a picturesque forest with birds chirping in the distance and the sun shining on the back of your neck, when you come across an intriguing ring of mushrooms nestled amid the trees. Your first instinct is probably to go investigate this odd sight. Yet if folklore is to be believed, your first thought should be to run away from these fairy circle mushrooms.

For centuries, appearances like this around the world have been linked to the nefarious work of fairies, witches, or even the Devil – although there are some who believe that the circles are a sign of good luck. Fairy circles have been a major focus of folklore throughout history, eventually extending into other mediums such as literature and art.

The science behind the myth of fairy circle mushrooms

Despite the prevalence of fairy circles in legend and literature, scientists now know that they aren’t formed due to a pesky supernatural force, but instead are caused by patterns of fungus growth. Fairy circles or fairy rings grow from different kinds of soil-inhabiting fungi which break down organic matter and grow outward in a ring from their initial starting point. The fungus roots spread evenly in all directions and as the fungus ages, the parts in the middle die. This creates a ring above ground, which will continue to spread outward. 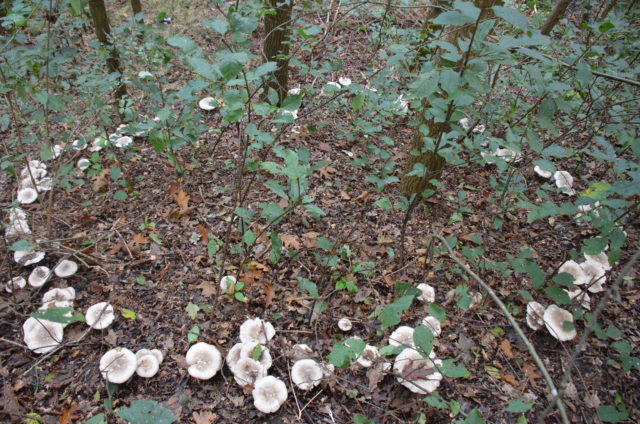 There are roughly 50 different types of fungi that are known to create fairy circles. While their formation can be explained scientifically – and thus it’s unlikely that fairy circles are caused by anything mysterious and mystical – that doesn’t mean that they are completely harmless. Some of the fairy circle mushrooms are known to be poisonous and can cause great harm to those who touch them.

While fairy circles are commonly formed from mushrooms, there is also another kind of ring that is extremely common. This form appears in areas where the ring is outlined with grass a different color than the rest, either much lighter or much darker. Although there are no mushrooms visible in this type of fairy circle, mushrooms were still involved in their formation. 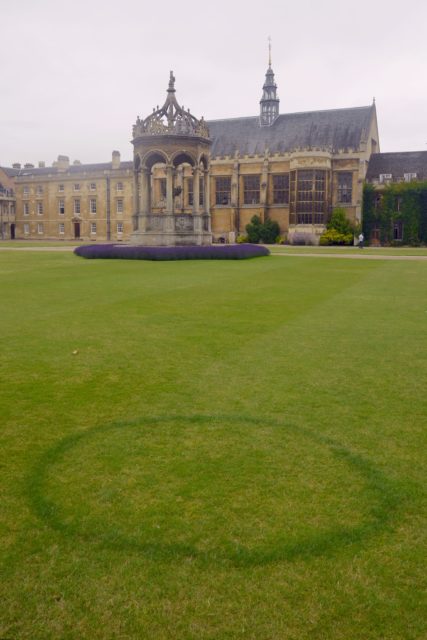 In this instance, the grass is a different color because mushrooms that used to be there killed the grass underneath them before they died. They then act as a fertilizer for the next layer of grass that appears. The cycle stage affects the circle’s appearance. If the mushrooms have recently died then the grass will be dead, but if much time has passed then the grass will have grown in bright green and well-nourished.

Causes of fairy circles, according to folklore

Fairy circles have appeared across the world and many different cultures have come up with their own way to explain them. While they were commonly associated with fairies, there are many other explanations for these special rings. In Austria, rings were said to be caused by dragons that burned the circles into the ground with their tails. Once the dragons had done this, nothing could grow in the area except mushrooms. 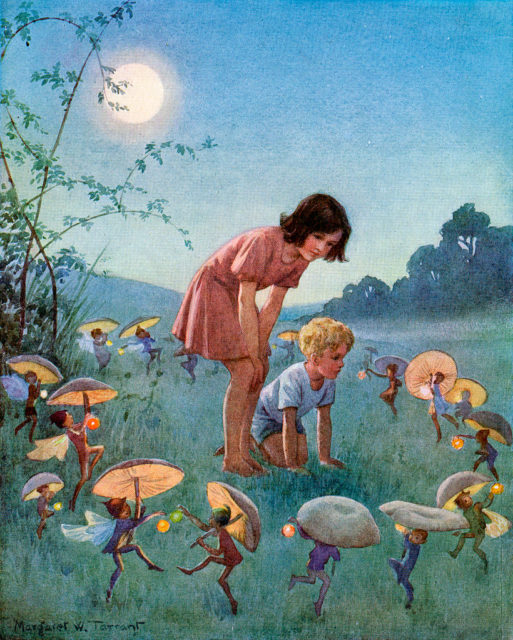 A young boy and girl on the edge of the forest watching fairies dance around them with mushroom umbrellas, 1920. (Photo Credit: GraphicaArtis/ Getty Images)

The Germans called the formation a hexenringe, a place where witches would gather. They believed the circles were extremely dangerous to anyone who tampered with them. The French believed a similar story but called them ronds de sorcières (witches’ circles). In fact, one of the oldest fairy circles is located in France and is said to be over 700 years old. Scandinavian folklore says that, rather than fairies, the circles are burned into the ground by elves dancing – so they called them elfdans.

Should a human enter the circle, they’d be able to see the magical little creatures but would also be put under their spell. The Dutch believed the ring was the place where the Devil churned his milk and if any livestock entered the circle their milk would turn bad. There were other European superstitions that said if one entered a fairy circle they’d lose their eye. The Swiss and Russians thought the circles marked hidden treasure that could only be found with the help of a fairy or witch.

Fairy circles in Britain, Ireland and beyond

Perhaps more than anywhere else, fairies are prevalent in the folklore of Britain and Ireland. Here, they heavily warn against entering a fairy ring, which was thought to be a place where the mythical beings danced. In some legends, the mushrooms were used as stools for the fairies when they tired of dancing.

In other legends, the fairies used the mushrooms as umbrellas or as dinner tables. A Welsh tale said that the circles were actually an indication that there was a fairy village located underground beneath the ring. The Welsh also believed that so long as humans stayed away, planting crops near these areas could improve their fertility and fortune. 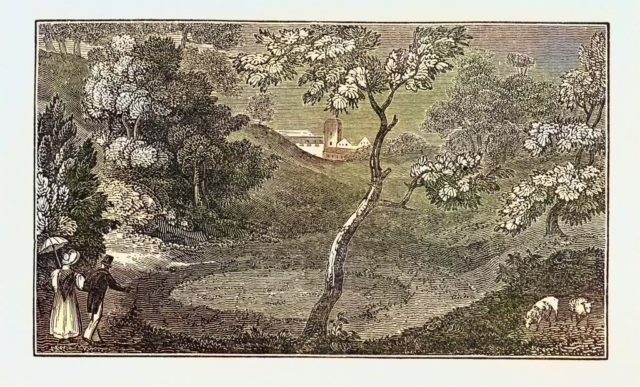 More important to these legends is what would happen to a human if they were to enter one: that one would die at a young age, they would become invisible and find it impossible to leave or be found, they would be forced to dance until they died of exhaustion, or that they would be taken to the fairy realm. The consequences for entering a fairy circle are, truly, endless and appear to vary not only from country to country, but also between towns and regions.

‘Of them so called the Fairy Ground’

The existence of fairy circle mushrooms isn’t relegated to just oral tales, but has made its way into some of the most prestigious English literature, namely that of William Shakespeare. In A Midsummer Night’s Dream, one of the elves references fairy rings: “And I serve the fairy queen; To dew her orbs upon the green.” It was his job to water the fairy rings. Shakespeare also references them in The Tempest, referring to the grass inside the rings being poisonous to animals. 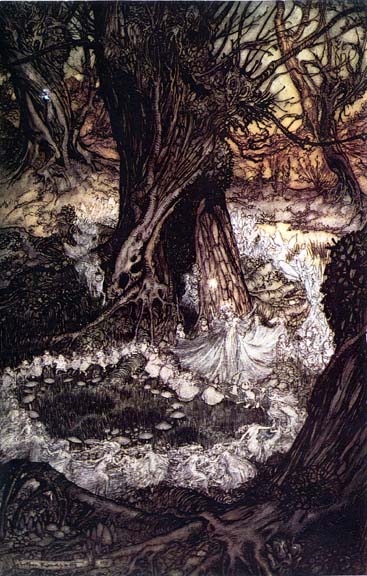 It was during the Victorian period that fairies became exceptionally popular and were heavily featured in many different works of literature including The Mayor of Casterbridge, The Land of Heart’s Desire, and, of course, The Fairy Ring. They were also featured in many poetic works.

More from us: New Orleans’ Tallest Cemetery Monument Was Built Out of Spite

Whether good or bad, these curious discoveries have captured the imaginations of many people and have served as a source of inspiration for legends and literature.