Jimi Hendrix reached icon status with his skills playing the electric guitar, but sadly, he died only four short years after achieving worldwide fame. In those brief years, Hendrix struggled with substance abuse, though he would continue to perform on some of the largest rock and roll stages in history, including Woodstock ’69 and the Isle of Wight Festival. His death has been the center of several conspiracies, as his life was shrouded in mysterious connections and unfair contracts. His final words suggest that he was hoping for a way out.

The night before his death 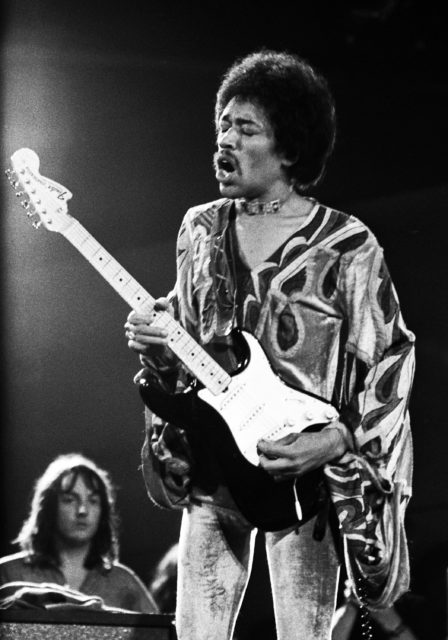 Jimi Hendrix, playing at the Isle Of Wight Festival, months prior to his death in 1970. (Photo Credit: Chris Walter / Getty Images)

Near the end of his life, Hendrix was living with his girlfriend, the German figure skater and painter Monika Dannemann, in her apartment located at the Samarkand Hotel in Notting Hill, England. On his last night alive, he had Dannemann drop him off at a friend’s house at around 1:45 A.M. He stayed at the friend’s place until 3 A.M. when he asked Dannemann to pick him back up.

After she retrieved him, they returned back to her apartment. This is when Hendrix proceeded to consume a large number of sleeping pills that were prescribed to his girlfriend. Following this, the two went to sleep. It wasn’t until the morning that Dannemann noticed something was wrong. 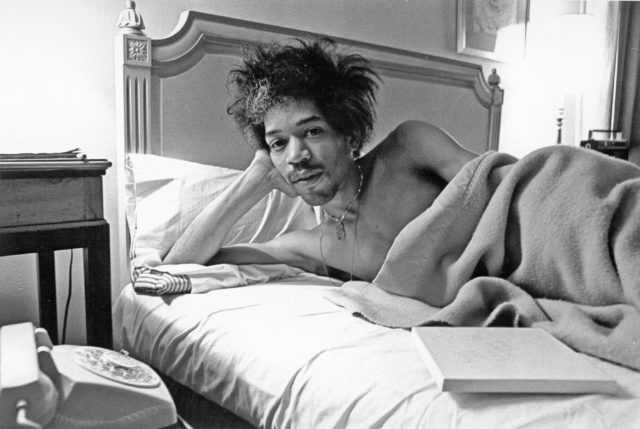 Dannemann must have slept in after a long night of driving Hendrix around, as she didn’t call for an ambulance until 11:18 A.M. on September 18, 1970. When paramedics arrived, they found Hendrix unresponsive and brought him to St. Mary Abbot’s Hospital. Medical professionals did all they could to try and revive Hendrix, but he was officially pronounced dead at 12:45 P.M. that same day.

Hendrix joined many others in “the 27 club” when he died at the same young age as many other rock stars. The official cause of death was attributed to him having “aspirated his own vomit and died of asphyxia while intoxicated with barbiturates.” 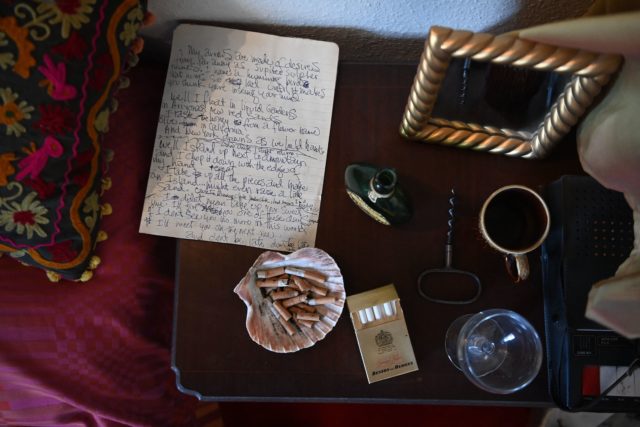 A note written by Jimi Hendrix filled with lyrics sits next to a full ashtray and a packet of cigarettes on a table on displayed inside the Hendrix Flat – a London flat where legendary US singer-songwriter Jimi Hendrix lived. (Photo Credit: DANIEL LEAL / AFP / Getty Images)

Prior to his death, Hendrix seemed to be aware of the toll that substance abuse and performing was taking on his body. He once told a reporter, “I’m not sure I will live to be 28 years old.” His eerie prediction tragically came true, and there was another clue that suggested that he may have known his end was coming.

A handwritten note was found in Dannemann’s apartment that read, “The story of life is quicker than the wink of an eye. The story of love is hello and goodbye, until we meet again.” It is unclear whether these words were lyrics to a new song he was writing or a suicide note, but either way, the note’s timely discovery is yet another suggestion that Hendrix possibly knew his death was near.

The message left on an answering machine raises even more questions 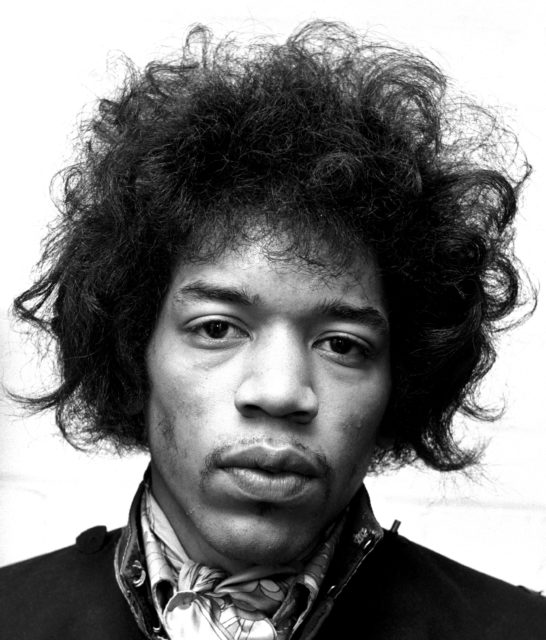 In addition to the note, Hendrix also left a message on the answering machine of his manager, Chas Chandler, that night. In the message, Hendrix conveys what are believed to be his last words. “I need help bad, man.” The mysterious cry for help has many wondering if Hendrix knew that night would be his last.

More from us: Jimi Hendrix and Neil Young Hot Wired a Truck To Get To Woodstock

Unfortunately, none of these clues provide any concrete answers and instead raise even more questions. Was Hendrix aware that his life was about to end? What exactly did he mean by needing help? For what? Could his cry for help have saved him had Chandler gotten the message in time? These questions will likely never be answered.

« Fairy Circle Mushrooms: The Stuff of Literature and Legend
The Bizarre True Story of the Man Who Never Laid Eyes on a Woman »