Nearly everyone has a growing list of “nevers” that they hope to cross off before their time runs out. Maybe it’s skydiving, traveling to a meaningful place, or reaching an important life goal. For Michael Tolotos, who died in 1938, there was one incredible “never” he couldn’t cross off: the 82-year-old died without ever laying eyes on a woman.

Why and how did he live nearly a century without seeing a person of the opposite sex? His rarely-told story sounds like it’s straight out of an ancient fable!

The monk who never saw a woman

Tolotos was born in 1856 in Greece, and just hours after he came into the world his mother suddenly passed away. With no one else left to care for the baby boy, he was abandoned on the steps of a Greek Orthodox monastery atop Mount Athos (or Holy Mountain). The monks there adopted the boy and named him Michael (or Mihailo in Greek) Tolotos. 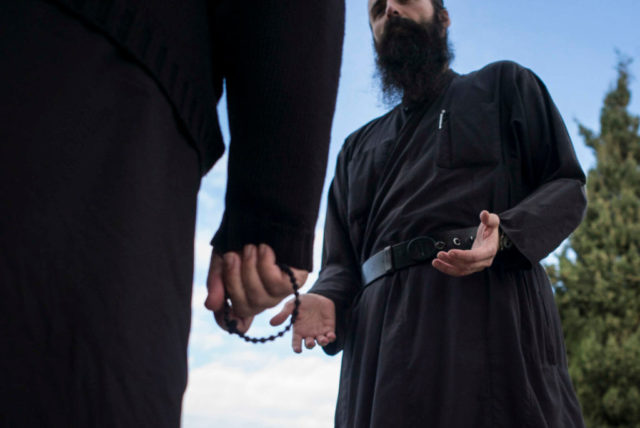 A monk (right) seeks advice from The Abbot (left), the head of the monastery in Mount Athos. (Photo Credit: Rick Findler / Getty Images)

Michael was raised inside the walls of the monastery, which he never left in his 82 years of life. The area surrounding Mount Athos has long been steeped in Orthodox Christian beliefs. Twenty monasteries reside around Mount Athos, each with its own congregation of ascetic monks who abstain from any “sensual pleasure” in life. The monks come from all walks of life and cultures. Russian Orthodox monks have had a presence in Athos for over 1,000 years while Serbian, Bulgarian, and Romanian monks also reside on the mountain.

The largest area in the world where women are banned

In 1060, a charter was announced that banned the presence of all women – including female animals – from Mount Athos. This law is still in effect around the 130 square mile peninsula today, making it the largest area in the world from which women are banned. They are even prohibited from coming within 500 meters of the shoreline. 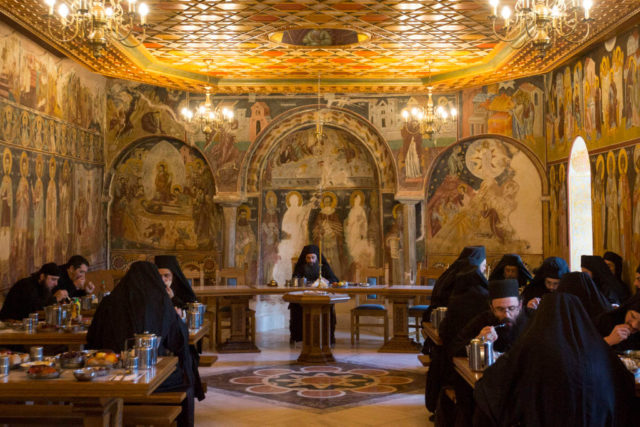 Dr. Graham Speake, author of Mount Athos: Renewal in Paradise, told the BBC that the charter was likely introduced to ensure the monks maintained their sacred pledge of celibacy. Women have long been banned from monasteries – many of which date back to the Byzantine era – for the same reason, but what makes Mount Athos unique is that the entire area is “regarded as one huge monastery.” 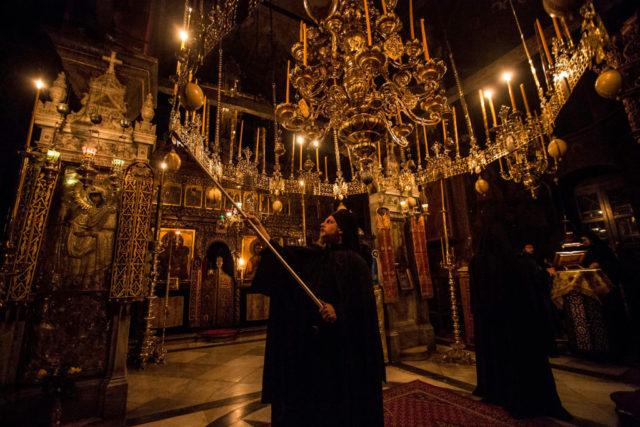 A monk lights candles during a midnight vigil in the church of Pantokratoros monastery in Mount Athos. (Photo Credit: Rick Findler / Getty Images)

No female animals also mean no eggs or milk can be produced in the area, so cheese and other animal products have to be brought in from the “outside” world. The monks are also forbidden to shave and must maintain long beards to ensure no females are hiding in their midst. Other holy sites around the world like Mount Omine in Japan and Haji Ali Dargah in Mumbai also do not permit women from entering.

Only a handful of women have ever been inside Athos

Michael Tolotos was brought up in one of the Mount Athos monasteries, and while many monks who come to the area have seen women in their lives before joining the monastic order, every single day of Tolotos’ life was spent inside the monastery. As part of their dedication to their monastic way of life, monks are not allowed to fight, argue, or ask about the outside world – this rule remains intact today. 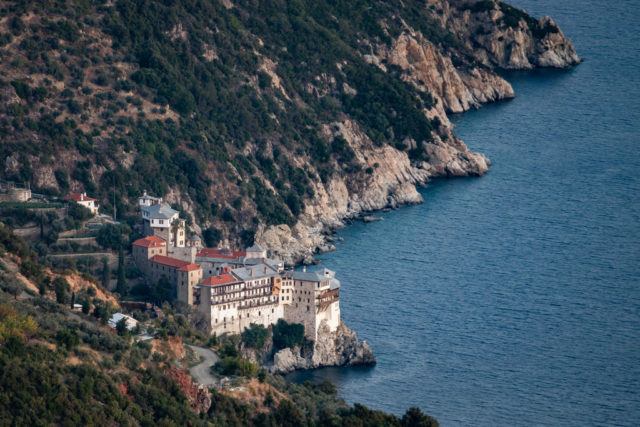 So, when Tolotos died in 1983 at the age of 82, he died never knowing what a woman looked like – except for The Virgin Mary, who is the only female presence allowed at Mount Athos.

Even though the centuries-long ban on women remains intact, women have stepped foot on Mount Athos several times throughout history. During the Greek Civil War (1946-1949), Mount Athos gave sanctuary to a peasants’ flock of animals, and women and girls were part of a raiding party that entered Athos in an attempt to get their animals back. 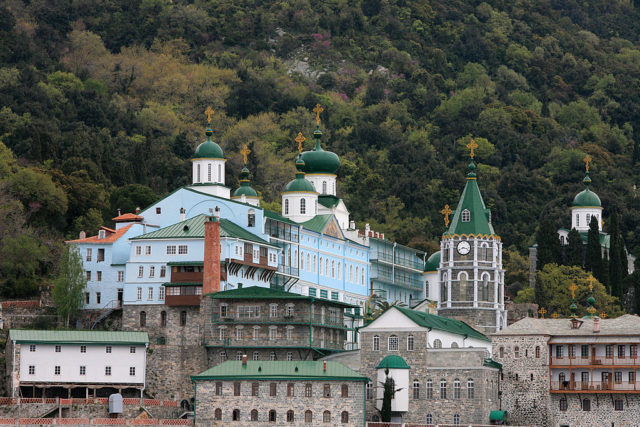 More from us: New Orleans’ Tallest Cemetery Monument Was Built Out of Spite

Not long after that, a Greek woman named Maria Poimenidou dressed as a man and spent three days visiting Athos. Her trespassing caused such an uproar among the residents of Mount Athos that the Greek government passed an official law that upholds the 1,000-year-old charter. This means that it is illegal for a woman to enter Athos, and anyone who tried can be imprisoned for up to 12 months.

« Jimi Hendrix’s Haunting Last Words Were Recorded on His Manager’s Answering Machine
A Man Went Out With His Friends and Made a 1,000-Year-Old Discovery »