New Orleans’ Tallest Cemetery Monument Was Built Out of Spite

The City of New Orleans, Louisiana dates back to the early 18th century, and the iconic above-ground burial plots have played a large role in the history of the area. The city sits around sea level, which puts a body or coffin at risk of becoming water-logged or even washing away completely if buried underground. This led to the creation of sprawling above-ground mausoleums and monuments to commemorate the dead.

One particular monument quite literally stands out from all the rest. The Moriarty Monument located in New Orlean’s Metairie Cemetery is an astounding 80 feet high, but the tale behind the unique structure is just as tall!

The massive granite tombstone was commissioned by Daniel A. Moriarty. Moriarty was an Irish immigrant who moved to New Orleans in the mid-1800s with barely anything to his name. Soon, he fell in love with his wife Mary Farrell and they started their own business together, investing their new income into real estate. 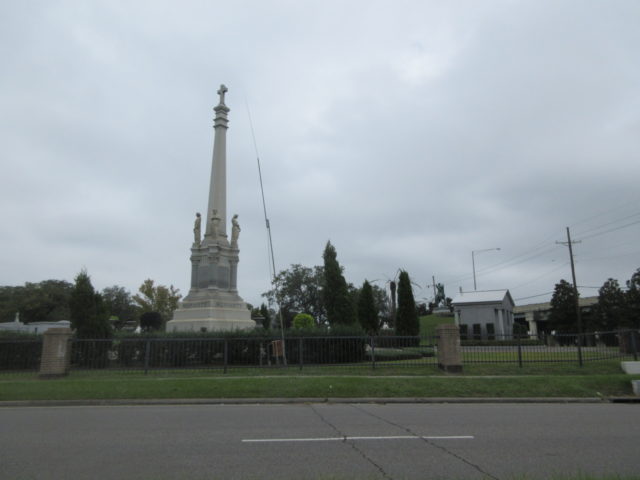 Despite being extremely well-off, Moriarty was still labeled a poor immigrant by his peers. The upper-class society in New Orleans snubbed Moriarty’s attempts to join their ranks, something he would never get over. When Mary died in 1887, Moriarty saw an opportunity to give his wife one last grand send-off while also finally sticking it to the snobs who snubbed him.

Eight years after Mary’s passing, Moriarty finally completed the most impressive monument he could afford in New Orlean’s Metairie Cemetery. The cemetery is home to the most above-ground monuments and mausoleums in the city – but the Moriarty Monument outshines them all. When Daniel died in 1924, he was also interred beside his wife underneath the towering headstone.

“The reason Daniel wanted his property to be the tallest was so his wife could look down and snub every ‘blue blood’ in the Cemetery for all eternity,” Gerard Schoen, Community Outreach Director for Metairie Cemetery, told ABC’s WGNO. 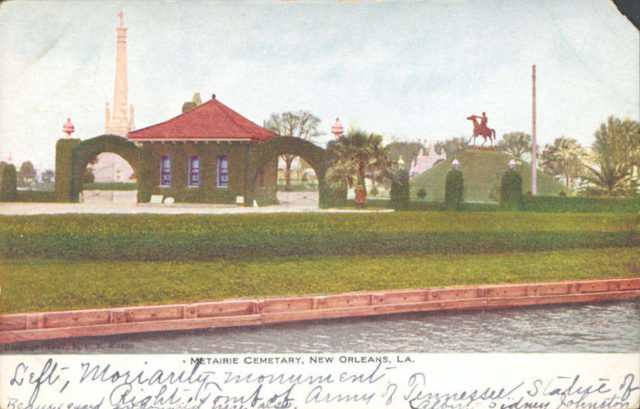 More from us: Arlington National Cemetery Was Once the Home of Confederate Army Commander Robert E. Lee

The tomb is flanked by four statues that represent faith, hope, charity, and memory. Rising high above the four figures is an 80-foot-tall granite column with a cross at the top – an eternally spiteful gesture to the community who rejected him. It remains the tallest monument in New Orleans, which boasts a whopping 42 cemeteries.

« Valuable Treasures That Are Still Missing Today
Fairy Circle Mushrooms: The Stuff of Literature and Legend »