The Lord Of The Rings star Sean Astin didn’t find out who his father was until he was 26 years old. Not that he lacked a fatherly influence. Astin was raised by mother Patty Duke with actor John Astin.

For years, the young man believed Astin was his biological father. However, things were about to get complicated. 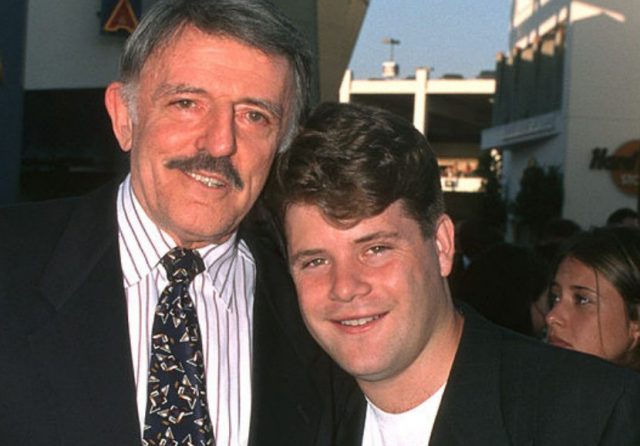 Duke and Astin’s relationship initially began as an affair – he was married to Suzanne Hahn till 1972. The middle-aged star was best known for playing Gomez Addams in The Addams Family TV show. When Sean entered the world, Astin appeared to be his father.

Turns out it wasn’t the case. Past Factory notes that Sean’s birth found Duke “between relationships” and “making her best guess” about the situation.

Patty Duke and the I Love Lucy connection 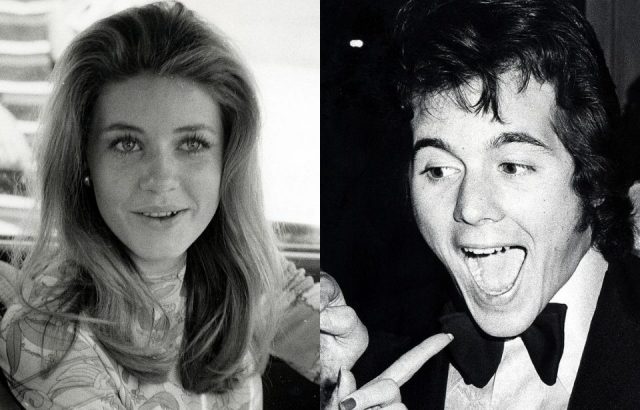 Duke had a bombshell for Sean down the road. When he was 14, she revealed the true identity of his father… Desi Arnaz Jr., son of Desi Arnaz and Lucille Ball. The relationship was an interesting one, with an age gap. Duke was 23 and Arnaz Jr. was just 17.

That union lasted only a matter of months. Lucille Ball did not approve and the pressure mounted. Young Sean was thrown a curveball, yet the situation had a happy ending. He grew close to Arnaz Jr, while maintaining a connection to adopted father John Astin. All seemed to be settled.

Tell me your secrets 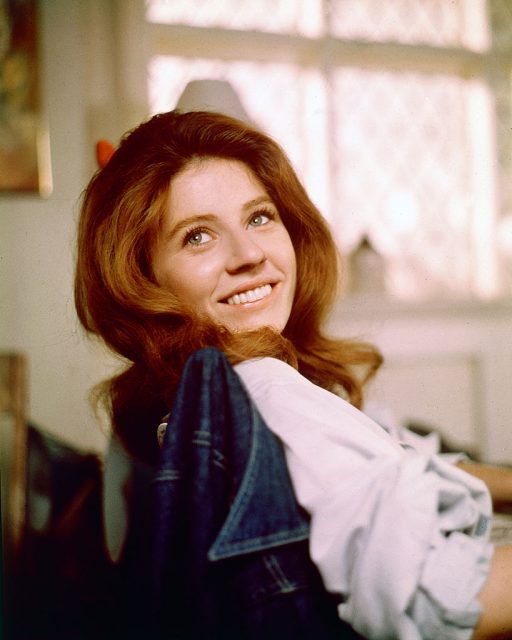 Patty Duke, smiling as she turns her head toward the camera for a portrait, while sitting in a chair with a denim jacket on the backrest, circa 1970. (Photo Credit: Silver Screen Collection/Getty Images)

There was another individual in the mix – Michael Tell, a rock promoter. He and Duke were wed for a short space of time (13 days in 1970).

This marriage was reportedly one of convenience. You see, Duke suffered in the spotlight. The idea was to take the heat off by setting up a fake relationship with Tell… her tenant, who suggested the scheme in the first place!

It looked as if the deal was platonic. However, Sean Astin was about to learn that wasn’t quite the case! A relative of Tell’s reached out to inform him he might have another candidate as the biological father. 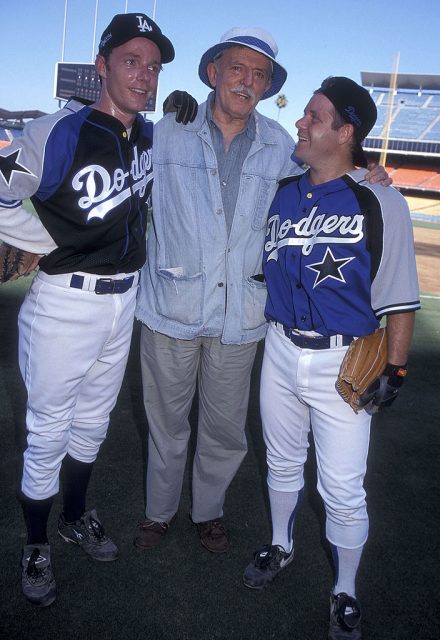 This must have been a shock for Sean Astin, who ordered a paternity test in the late 1990s. John Astin, Desi Arnaz Jr., and Michael Tell took part. Finally, the results were in. Michael Tell was Sean Astin’s Dad.

Not that Astin was going to forget about those who played a significant role in his life. “John Astin is my father, Michael Tell is my biological father” he commented to People in 2001. Astin maintains a relationship with all of them to this day.

Sean Astin, star of The Goonies, The Lord Of The Rings, and Stranger Things 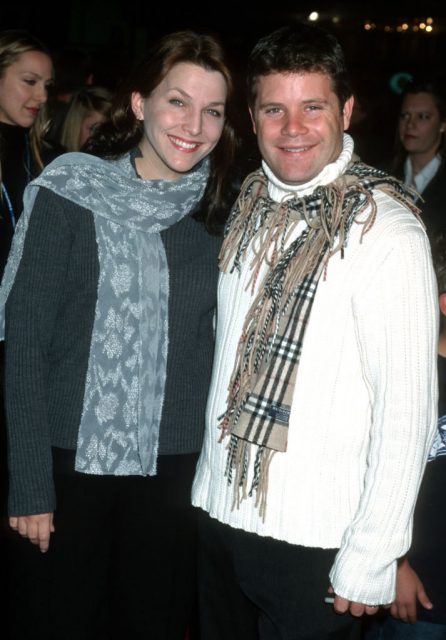 Sean Astin married Christine Harrell in 1992. They have three children together. He also has a brother from Patty Duke and John Astin’s relationship, actor Mackenzie Astin.

He also capitalized on his 1980s kudos by starring in Stranger Things‘ second season.

How did Duke feel about Michael Tell as Sean’s father? She reportedly took issue with the revelation. People quoted her from 2001, where she said she “can support his truth as long as my truth, if not supported, is respected.” 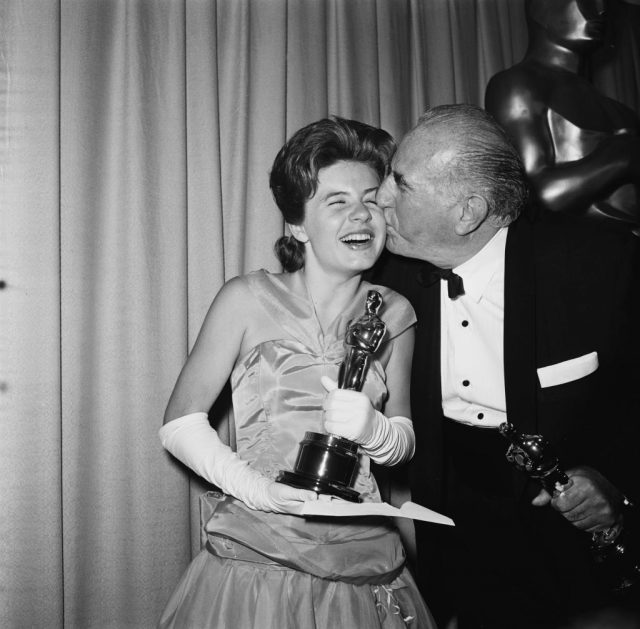 Duke passed away in 2016, aged 69. An in-demand talent, she won a Best Supporting Actress Oscar for the movie The Miracle Worker (1963) early in her career.

Duke’s friend William Jankowski spoke to Woman’s World in 2018, revealing what happened during her brief marriage to Tell. It was her co-star from The Miracle Worker, Anne Bancroft, who helped her through this difficult time. 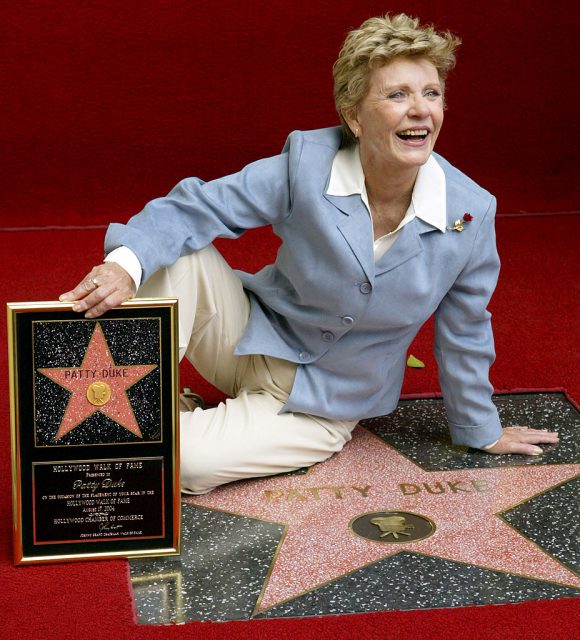 Patty Duke Honored with a Star on the Hollywood Walk of Fame for Her Achievements in Film at 7000 Hollywood Blvd. in Hollywood, California, United States. (Photo Credit: Jesse Grant/WireImage)

“Anne got her on a plane back to LA and into a psychiatric hospital,” Jankowski said. Clearly, there were mental health issues. Twelve years after the unwise union, Patty Duke was diagnosed with bipolar disorder. She’d married Tell during a “manic episode,” according to Woman’s World.

More from us: Two “Houses” of Hollywood Royalty: Judy & Lucy’s Kids Got Serious

Duke became a respected mental health advocate. Between 1985-88 she was president of the Screen Actors Guild. Sean himself was elected to the SAG this year.

In a statement following her death, Astin praised his mother as: “our beloved wife, mother, grandmother, matriarch and the exquisite artist, humanitarian, and champion for mental health.”

« Thurmond, West Virginia: A Ghost Town With A ‘Request A Stop’ Amtrak Station
The Real-Life Men Who Inspired the Character of James Bond »