Neil Young Used to Jam Out with Charles Manson

You’ve likely heard of the connection between Charles Manson and the Beach Boys, but they weren’t the only musicians that the infamous cult leader associated with. Neil Young, a former member of Buffalo Springfield and well-known singer/songwriter, also spent time jamming out with Manson shortly before he and his “family” committed their heinous murders.

While it may seem strange for Manson to have come in contact with so many famous musicians, it actually made sense considering his aspirations to be a musician. This side of the serial killer has certainly been overshadowed by the other events of his life. But before he was an infamous killer, he actively made and recorded music, in some instances with the “family” acting as backup singers. 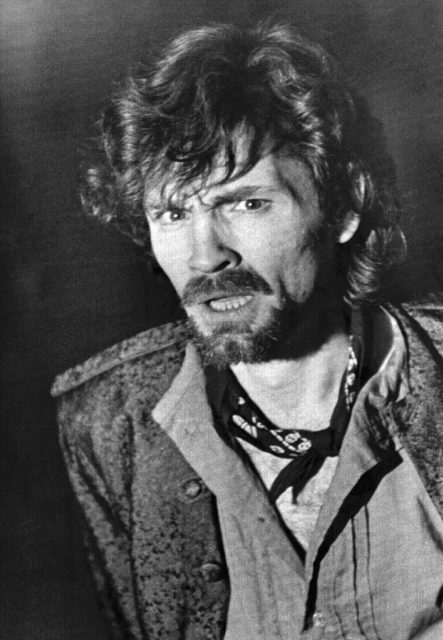 Charles Manson on the way to the courthouse during the 1969 Tate-LaBianca murder trial. (Photo Credit: Bettmann/ Getty Images)

He first learned how to play the guitar while serving time for a forged check. When he was released from jail, he traveled to California to pursue this new dream – alongside forming his cult. It was while he was there that he met and befriended Beach Boy Dennis Wilson and the two worked on their music together. Wilson took a song that Manson had written, “Cease to Exist,” and changed the lyrics to make the popular hit “Never Learn Not to Love.”

It was through this friendship with Wilson that Manson also came into the same circle as Neil Young. Their encounters were well documented in Shakey: Neil Young’s Biography, going back as far as when the pair first met in 1968 through their mutual friend. According to Young:

We just hung out. He played some songs for me, sittin’ in Will Rogers’s [sic] old house, on Sunset Boulevard. Dennis had the house there, and I visited Dennis a couple of times… Charlie was always there. I think I met him maybe two, three times. Spent the afternoon with him, Dennis and all those girls—Linda Kasabian, Squeaky Fromme. The girls. They only paid attention to Charlie. Dennis and I felt like they weren’t there, OK? Now that may not seem that unusual, but—it is. Because both Dennis and I were known. These girls couldn’t see us. 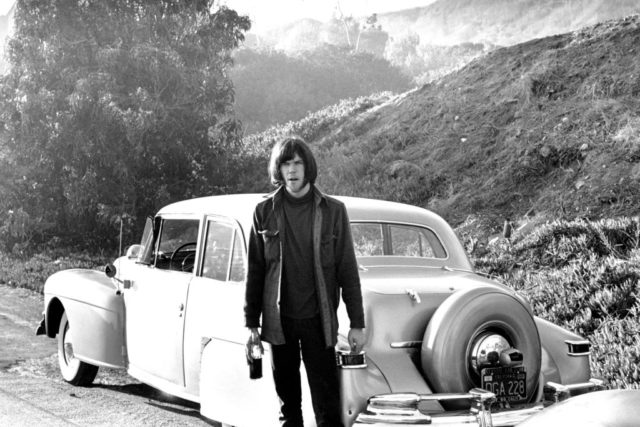 Although “Helter Skelter” was only a few months away at the time Young and Manson were spending time together, the famous singer didn’t feel like anything was amiss with his new acquaintance, other than the fact that he was an angry guy. “He seemed a little uptight, a little too intense. Frustrated artist. Spent a lot of time in jail. Frustrated songwriter, singer…But he was kind of… skewed. You can tell by reading his words. He’s real smart. He’s very deceptive, though. Tricky. Confuses you.”

A fan of his music

Young actively played music with Manson while he wanted to be working on his own songs. He truly thought the killer had a real future in music, saying, “He sounds like [Bob] Dylan when he talks.” He reached out to Mo Ostin, a record executive, to tell him how good Manson and his songs were. Despite this, Ostin was never interested. 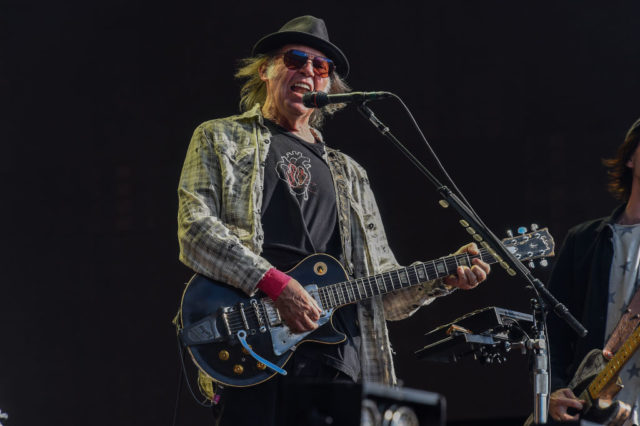 As with Young, Manson also remembered these times well. He was interviewed in 1995 from prison and told the reporter that the only person from the only music industry who didn’t treat him badly was Neil Young, who supposedly gave him a motorcycle.

More from us: Even Though Neil Young Has a ‘Heart Of Gold,’ MTV Still Banned One Of His Songs

Although nothing came from Young and Manson’s time jamming together, Manson clearly became a household name. Around the time of the “family” trials, his music was also released commercially as an album called Lie: The Love and Terror Cult.

« An Alleged ‘Saturday Night Live’ Curse Has Killed 8 Cast Members
Even Though Neil Young Has A ‘Heart Of Gold,’ MTV Still Banned One Of His Songs »