Even Though Neil Young Has A ‘Heart Of Gold,’ MTV Still Banned One Of His Songs

Neil Young is one of the most prolific rock and folk musicians to ever grace the stage. His talent is second to none, and it’s allowed him to lead a life most can only dream of. Here are some relatively unknown facts about him, from the time he contracted polio to his band with Rick James.

In 1951, when he was just five years old, Neil Young was diagnosed with polio, and it’s an illness that could have posed a real threat to his life. His father, journalist Scott Young, recounted the time in his 1984 book, Neil and Me. 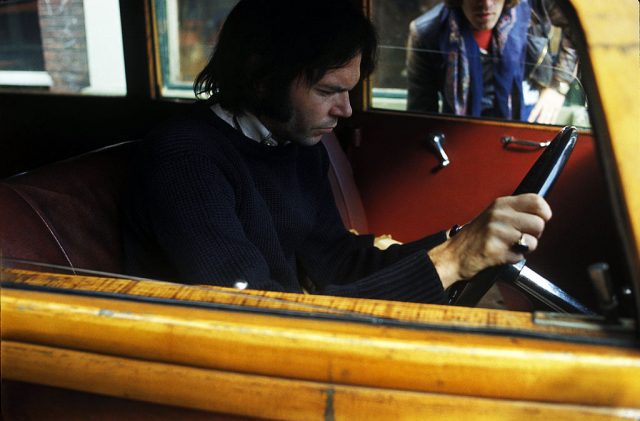 His father shared that Young’s symptoms first appeared after the pair went swimming in the Pigeon River near Peterborough, Ontario. His symptoms included fatigue, fever and back pain, and after contracting the illness he was admitted to SickKids Hospital in Toronto.

Luckily for Young, his case was relatively mild and he was discharged from hospital six days later, with only a slight limp to remind him of that time in his life.

If there’s one thing Neil Young loves more than playing music, it’s model trains. The rock musician has been an enthusiast for decades, so much so that in the 1990s he became part owner of Lionel Trains. 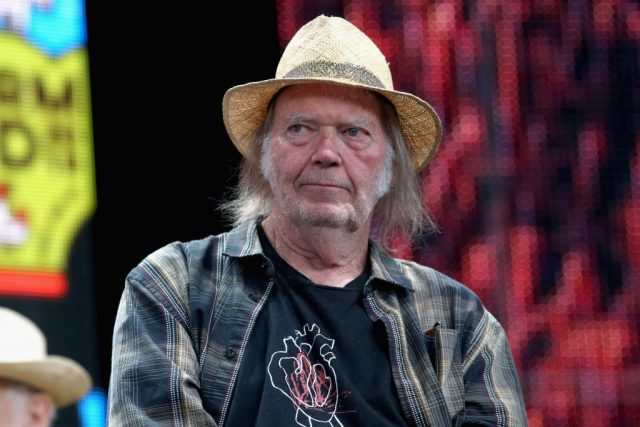 Along with working with the company to get models produced with more authentic sounds, he pushed for the trains to have special remote controls that his sons, who have cerebral palsy, could control without using their hands. He was so dedicated to his partnership with the company that he also helped raise it out of bankruptcy in 2008.

He was in a band with Rick James

In 1966, The Mynah Birds signed to Motown Records, with whom they recorded a handful of tracks. However, their music was shelved following James’ arrest for deserting the US Navy prior to founding the Sailor Boys. Thankfully, the incident didn’t affect each member’s individual music careers, and the majority went on to be incredibly successful. 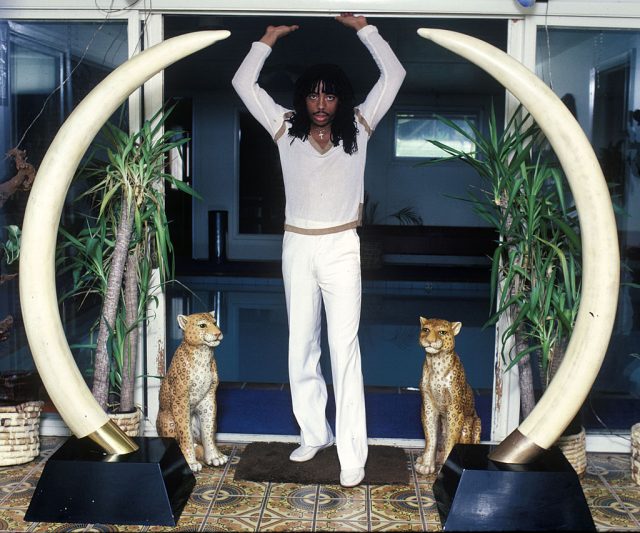 Bonus Fact: James and Young were once roommates! In an interview with Howard Stern, Young once said the pair’s time together was “all very hazy.”

He once jammed with Charles Manson

Charles Manson is widely known for being the leader of the cult behind the Tate-LaBianca murders in August 1969, but before he formed the Manson Family, he had musical aspirations. 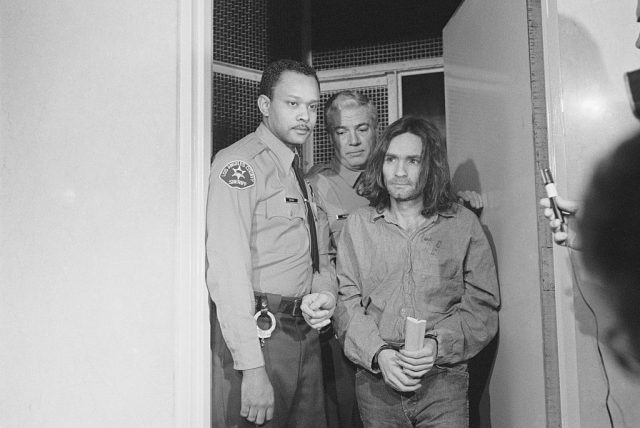 Charles Manson being escorted to court in Los Angeles to enter a plea to seven counts of murder and one count of conspiracy, 1970. (Photo Credit: Bettmann / Getty Images)

While at Beach Boy Dennis Wilson’s home, Neil Young had a run-in with Manson and thought he was a decent musician – so good, in fact, that he suggested to an A&R representative that Reprise Records offer him a record deal:

“I told Mo Ostin at Reprise about [Charlie] and recommended that Reprise check him out,” Young wrote in his autobiography. “Terry Melcher was a producer at the time who made some very influential hit records. Apparently, Melcher had already been checking out Charlie and decided not to go for it.”

He boycotted the Rock and Roll Hall of Fame

Despite being inducted into the Rock and Roll Hall of Fame in 1995 as a solo artist (and attending the ceremony), Neil Young intentionally boycotted the induction of Buffalo Springfield two years later. The reason: he felt the event had become too commercial, citing the $1,200 price tag of the dinners served to attendees. 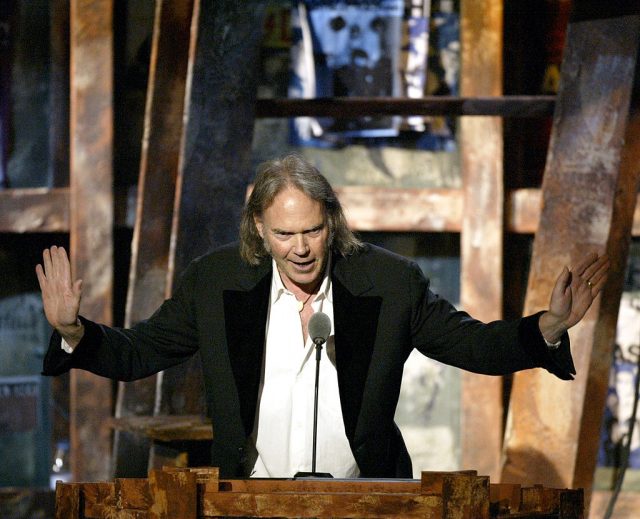 MTV once banned one of his music videos

Neil Young is known for calling out things that don’t sit right with him, which is exactly what he did in 1988 with the music video for “This Note’s for You.” The song itself calls out musicians for appearing in company advertisements, and the video goes a step further by featuring parodies of Michael Jackson, Eric Clapton and Whitney Houston.

The music video ended up banned from MTV. While the network claimed it was removed because the parodies were close to trademark infringement, it was a known fact MTV had a policy around songs that mentioned products by name. This was supposedly for the benefit of viewers, which many doubted. 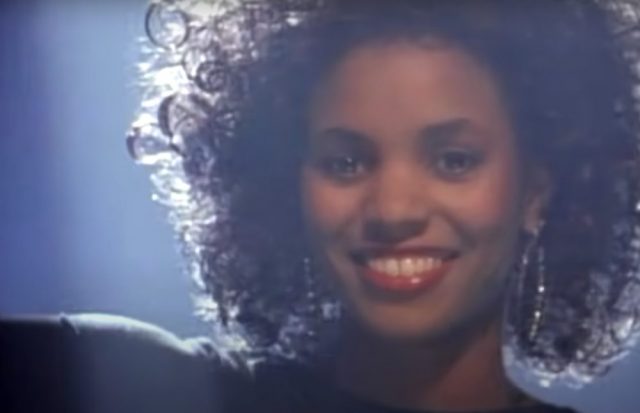 Whitney Houston parody in “This Note’s For You,” 1988. (Photo Credit: neilyoungchannel / YouTube)

The ban was eventually reconsidered and the video put back into rotation. It later went on to win Video of the Year at the 1989 MTV Video Music Awards.

This might seem too obvious a fact to include on our list, but it turns out many Neil Young fans forget he’s currently married to Kill Bill and Splash actress Daryl Hannah. Young confirmed their marriage in November 2018, months after speculation arose regarding the pair tying the knot. 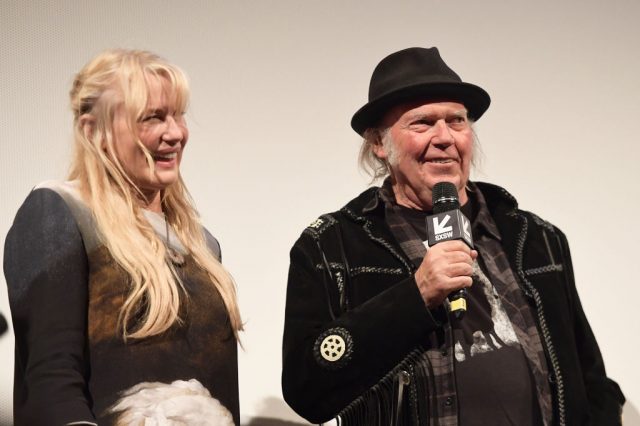 Hannah and Young began dating in 2014, following his divorce from Pegi Young, to whom he was married for 36 years.

Fans of Neil Young will note a musical shift in the 1990s, from his signature rock and roll sound to a softer acoustic style. While critics were quick to balk at the change, what many weren’t aware of was that it wasn’t just for the fun of it. Young had actually developed a sensitivity to loud sounds – known as tinnitus – and could no longer stand the sound of electric guitars. 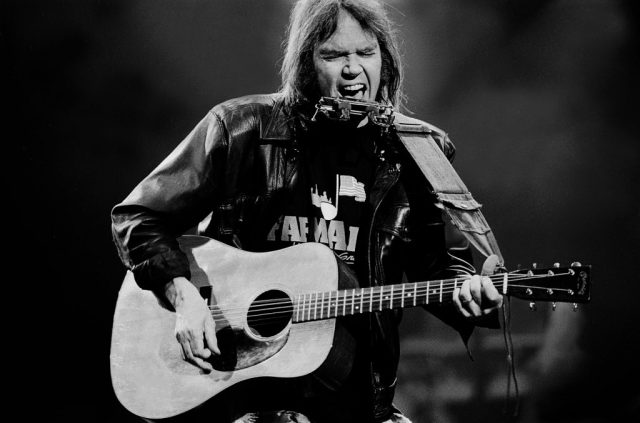 “I made Harvest Moon [in 1992] because I didn’t want to hear any loud sounds,” Young told MOJO Magazine. “I still have a little bit of tinnitus, but fortunately now I’m not as sensitive to loud sounds as I was for a year after the mixing of Weld [in 1991].”