It is extremely rare that burial mounds with children’s remains are discovered in Denmark, so it’s a big deal when some are located. Recently, the remains of five children were found in an excavation in Hedehusene, Denmark. To find five sets of remains in one spot is very thrilling to researchers. 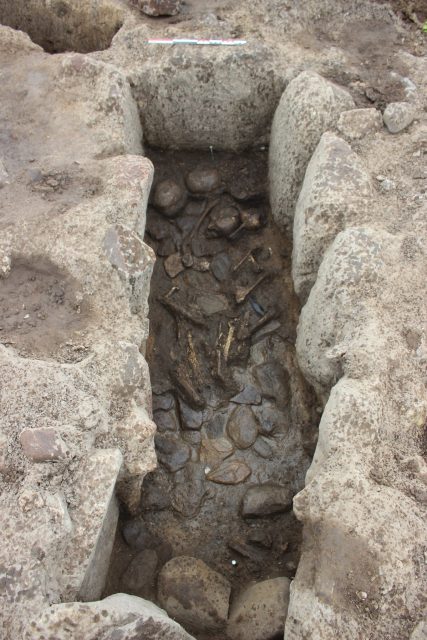 Rock coffin containing four children’s skeletons. The small flint dagger is the dark gray object on the right side just above the center of the grave. (Photo Credit: Katrine Ipsen KjÃ¦r/ ROMU)

The remains of the children were spread over two separate graves. The first was a collective grave from the late Neolithic period (2400-1700 BCE) and contained the remains of four skeletons of children. Three out of the four children in this collective grave were aged three to four years old, while the last child was a little older. The second grave was for a single individual and dates from the Bronze Age (1700-500 BCE).

Archeologist Katrine Ipsen KjÃ¦r explains the significance of this find, stating, “Right now it seems like it’s a graveyard dedicated to children. It is interesting in itself with a burial site with so far a time span between the individual graves. It seems as if it was known to be a children’s cemetery. It is a mystery why only children are buried here. However, we cannot rule out that adults may have been buried here. For example, we have found a bronze blade at the top of the burial mound, and this is not a typical funerary gift for children.” 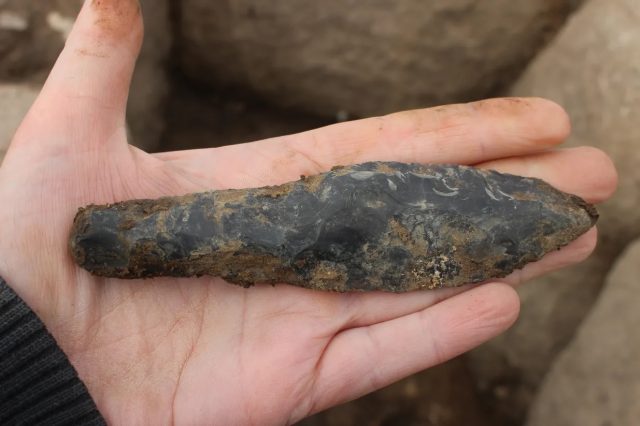 It is a rare phenomenon for archeologists to find any children buried anywhere before the Stone Age. As KjÃ¦r explains, “it is only graves from the late Middle Ages (1300-1400 AD) that it becomes more common to find children’s graves. Where have all the older children’s graves gone? It is actually a big mystery. We know that infant mortality was high so there should be many child graves As in this case, we archeologists occasionally find children’s graves but we don’t find as many as there should be. Were children only rarely buried? Did they have other burial rituals for children? Did the little bones just disappear over time?”

More from us: Archeologists Unearth Ancient Urn Burials for Children in Northern China

The bones of the skeletons found were well preserved. Katrine Ipsen KjÃ¦r hopes to find traces of DNA in the bones that could give archeologists answers about who these children were. DNA could provide clues as to how the children died. If the four children were buried in the collective grave in a short period of time, that could be an indication of an infectious disease. It is rare for bones this old to still have traces of DNA, but archeologists are hopeful to obtain some as they are quite curious to find some answers.

« This Lunar Cube Shows Why The Moon Is Still A Celestial Mystery
Even Though Neil Young Has A ‘Heart Of Gold,’ MTV Still Banned One Of His Songs »