2,000-Year-Old Burial Cave Is Thought to Have Been for Jesus’ Midwife

As part of an ongoing archaeological dig, researchers with the Israel Antiquities Authority (IAA) have finally begun excavations in the area around a 2,000-year-old burial cave. Although the cave was discovered 40 years ago, this is the first time that the surrounding area has been investigated. If that isn’t intriguing enough, it’s also said to be the burial site of Salome, the midwife from the Bible who birthed baby Jesus.

According to Christian beliefs, Salome lived in Bethlehem and was asked to aid in Jesus’ delivery. When she arrived, she was in disbelief that the child was being born to a virgin but went to work anyway. After he was born, she held him in her arms, which had some unspecified injury, and she was miraculously healed. It was Salome who proclaimed that a “great king [was] born unto Israel.” 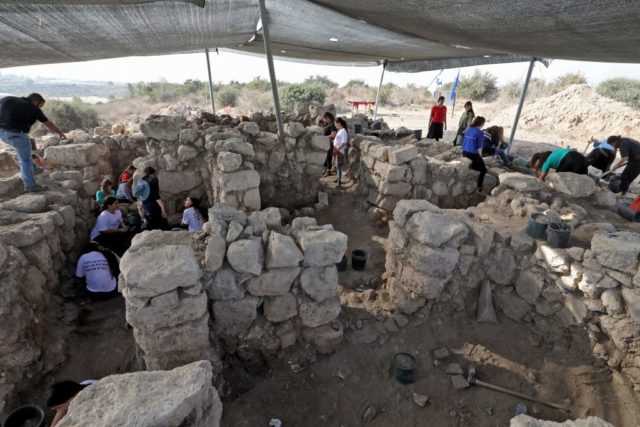 Although the site, which was dated to the first century AD, was a Jewish burial complex, in later centuries it became an important Christian site due to its association with the biblical midwife. A Byzantine chapel was built nearby and it became a place of pilgrimage – a conclusion that archaeologists were able to confirm after looking at the contents of the area.

The Solome Cave was first uncovered 40 years ago by looters, but shortly afterward it was investigated by a doctor of antiquities, Amos Kloner. This research stopped before they were able to uncover the forecourt of the cave, and the project is now being taken up by new researchers. The space is roughly 350 square meters, surrounded by stone walls with many mosaic floors.

Excavations of a cave reputed to be the burial place of Salome, said in non-canonical scripture to have been nurse to the newborn Jesus, have found more signs it was both an important Jewish tomb and a Christian pilgrimage site, archaeologists say.

They were also able to expose the cave entrance and the chapel in the interior, all of which were quite elaborately designed. Researchers have concluded that the family it belonged to was extremely wealthy as they were able to put a lot of money into the details. For example, the walls leading into the cave include stone carvings of pomegranates, rosettes, and vases.

What they found inside

The most intriguing element of the forecourt, however, is what was built there years after the original burial place. The excavations uncovered rows of shop stalls which were used by pilgrims to the site to rent or buy clay lamps. According to two of the IAA excavation directors:

In the shop, we found hundreds of complete and broken lamps dating from the eighth to ninth centuries AD. The lamps may have served to light up the cave, or as part of the religious ceremonies, similar to candles distributed today at the graves of righteous figures, and in churches. 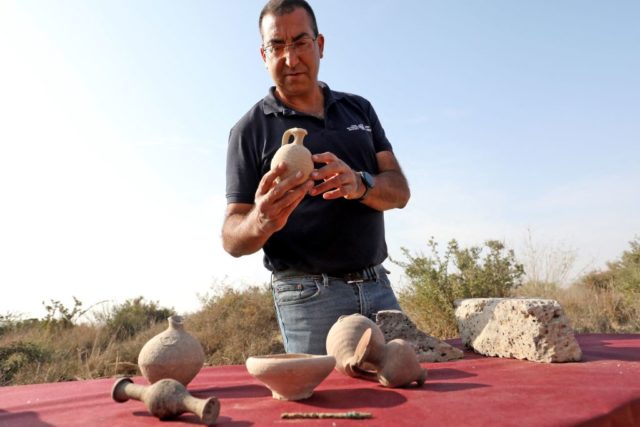 More from us: Stuckie the Dog Was Found Mummified Inside a Tree

It is unknown whether the cave truly was the burial place of Salome, but many inscriptions on the walls, and the fact that the Christian chapel was built, indicate that it was long dedicated to her regardless. IAA director Saar Ganor explained that the Salome Cave and the forecourt will both be open to the public once the appropriate investigations and restorations have been completed.