The Disturbingly Dark History Behind ‘Mack the Knife’

Listening to the upbeat melody of Bobby Darin’s classic “Mack the Knife,” the last thing that comes to mind is murder and mayhem. Sung by some of the greatest voices in music history, including Louis Armstrong, Ella Fitzgerald, and Frank Sinatra, the song has become a standard in many American songbooks. But if you read the lyrics closely, they reveal a much darker story.

The morbid origins of ‘Mack the Knife’

“Mack the Knife,” or “Die Moritat von Mackie Messer,” actually originated in Germany. It was composed by Kurt Weill with lyrics by Bertolt Brecht for their 1928 play The Threepenny Opera, which told the story of a fictional murderer called Mackie Messer. Messer was based on the character Macheath from the 18th-century opera The Beggar’s Opera.

The song was a last-minute addition to the production after the star of the show, who was slotted to play Mackie Messer, insisted the writers give his character a grand introduction. With just days remaining before opening night, Weill and Brecht threw together the now-beloved tune “Mack the Knife.”

The song was inspired by Italian story-singers or minstrels called cantastoria who wandered around collecting stories of local gossip, epic battles, or “murder ballads” like the Moritat which detail murders and violent crimes.

The Threepenny Opera opens with a Moritat singer recounting the crimes of Macheath, comparing him to a shark. The song lists his sinister crimes, including murder, the disappearance of a wealthy man and theft of his money, arson which killed seven children, stabbing a woman, and the rape of a young widow. 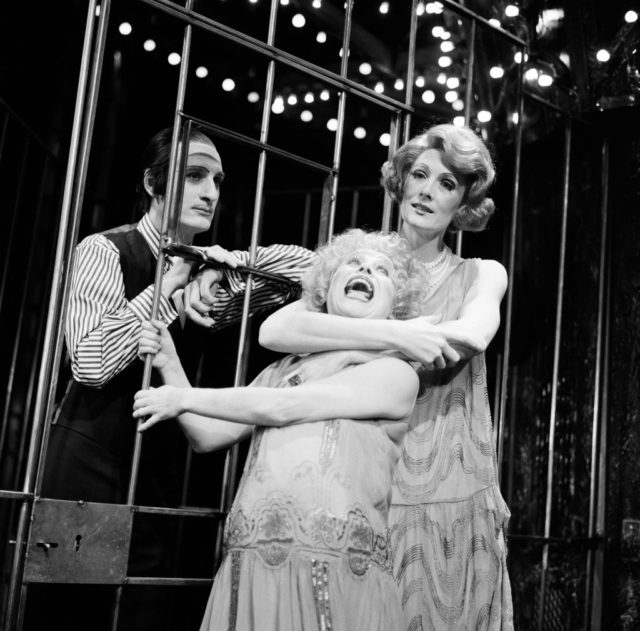 The Threepenny Opera opens in the West End at the Prince of Wales Theatre in 1972. (Photo Credit: Bela Zola / Mirrorpix / Getty Images)

“Mack the Knife” was introduced to American audiences in 1933 during the first English performance of The Threepenny Opera. Several translations of the song have been introduced over the years, but Marc Blitzstein‘s 1954 translation became the most popular. Blitzstein did purposefully omit some of the more graphic lyrics in the original, but his version is the one famously recorded by Bobby Darin and Louis Armstrong.

While Darin’s recording is more popular, it was Armstrong who first recorded the song and introduced it to the American pop charts in 1955. Armstrong also altered some of the lyrics, including an added shout-out to German singer Lotte Lenya. Lenya and Armstrong even recorded a German version of the song but it was never released. 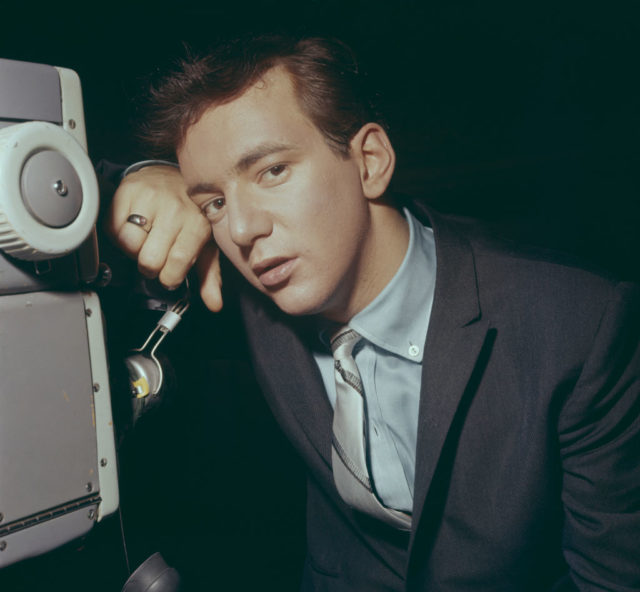 Bobby Darin released his own version of “Mack the Knife” in 1959 which skyrocketed to number one on the Billboard Hot 100 list. Frank Sinatra, who also recorded a version of the song, considered Darin’s recording to be the “definitive” version. “Bobby Darin took the song by the scruff of the neck and turned it into a swing classic widely known today,” Sinatra told the Financial Times.

The lyrics detail the trail of blood that Mack leaves behind after his gruesome crimes, like the third verse of the song: “Now on the sidewalk, sunny morning, lies a body just oozin’ life. And someone’s sneakin’ ’round the corner, could that someone be Mack the Knife?”

A later verse describes the disappearance of a wealthy man named Louie Miller: “Now d’ya hear about Louie Miller? He disappeared after drawin’ out all his hard-earned cash. And now Macheath spends just like a sailor, could it be our boy’s done something rash?” 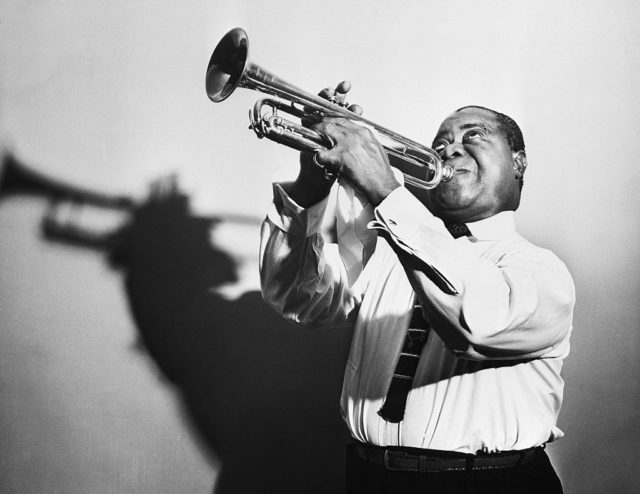 More from us: Frank Sinatra’s Daughter Missed His Death Because She Was Watching the ‘Seinfeld’ Finale

« 2,000-Year-Old Burial Cave Is Thought to Have Been for Jesus’ Midwife
Jennifer Grey Reveals New Details About Patrick Swayze, Her Look, and Her Career »