9 Iconic Movies That Were Banned From Theaters

The conversation around banned books is one that has risen again in the wake of several novels and works of non-fiction being removed from schools and libraries around the world, particularly in the United States. Though these books have been in the news a lot recently, there’s another form of media that also gets banned: movies. These are nine iconic films that, for a variety of different reasons, have been kept out of theaters throughout the world.

All Quiet on the Western Front

Based on the novel of the same name, All Quiet on the Western Front centers on the experiences of Paul Bäumer, a German soldier during the First World War, and his trauma. The original film was released in 1930, followed by a television version in 1979, and a modern remake in 2022. The question, then, is why would a film popular enough to be made three times be banned? 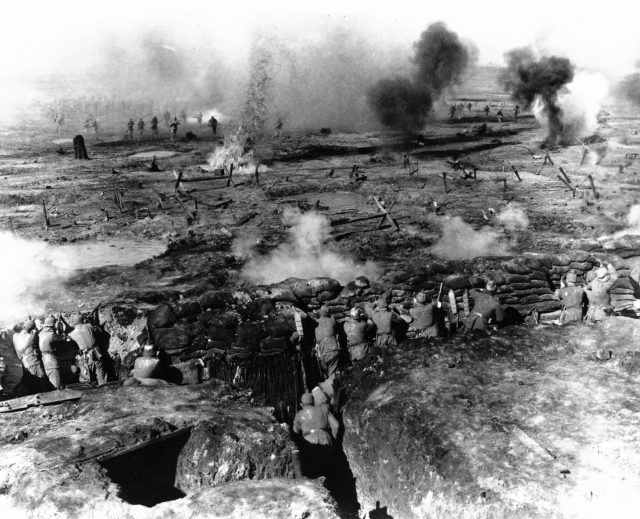 When the American production came out in 1930 it eventually made its way to Germany where it was received far less positively by the governing political party. After it was shown in cinemas throughout the country, numerous anti-war riots broke out. These caused a major ideological problem for them as – soon the entire world would see – they had every intention of going to war in the coming years. Their response was to ban the film from being shown.

Undoubtedly Barbra Streisand‘s most well-known production during her long career was Funny Girl, which was released in 1968. This iconic performance, however, was banned in Egypt largely due to no fault of her own. Instead, it was because of her co-star Omar Sharif. 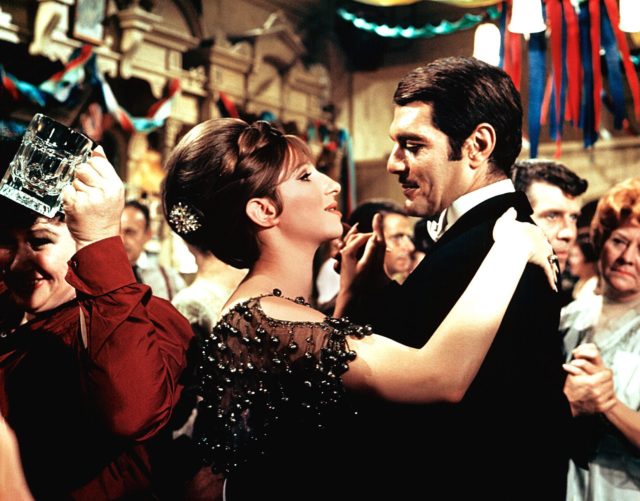 Sharif was an Egyptian Muslim actor who took on the role alongside Streisand, a Jewish actress. It was for this reason that the film was banned in his home country. The matter was only made worse by Streisand’s vocal support for Israel during increased military tensions between the two countries shortly before Funny Girl was released.

The James Bond franchise is full of classic and popular films that have been thoroughly enjoyed by the public for their intriguing plots and fast-paced action scenes. When Goldfinger was released in 1964, however, it wasn’t received quite so well in Israel. The film starred Sean Connery as 007 as he tries to thwart a plan against the United States concocted by Auric Goldfinger, played by Gert Fröbe. 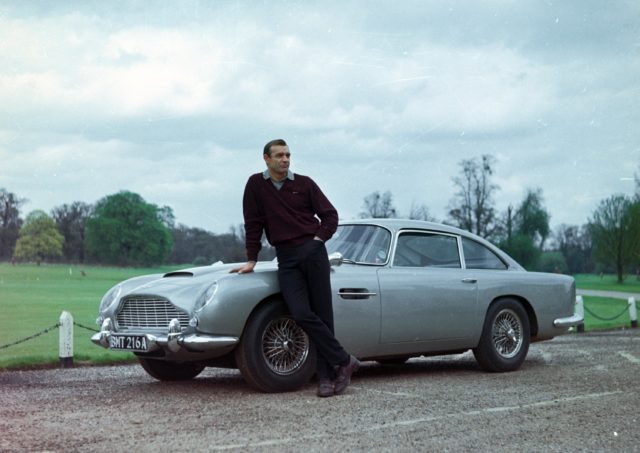 The actor was an extremely controversial pick for the role as reports surfaced that he was a member of the German National Socialist party between 1929 and 1937 and was drafted into the army during the final year of the Second World War. This prompted the film to be banned in Israel, despite Fröbe’s assertions that “During the Third Reich, I had the luck to be able to help two Jewish people.” The ban was only lifted after a Holocaust survivor said that Fröbe likely saved him and his mother.

While many of these other movies were only banned in one or two countries, A Clockwork Orange ‘s ban was more widespread. The dystopian crime film was adapted to screen by Stanley Kubrick in 1971, based on the 1962 novel. Much of the film centers around the violent criminal activities of Alex DeLarge and his group of friends, all of which are shown in extremely graphic and uncensored detail. 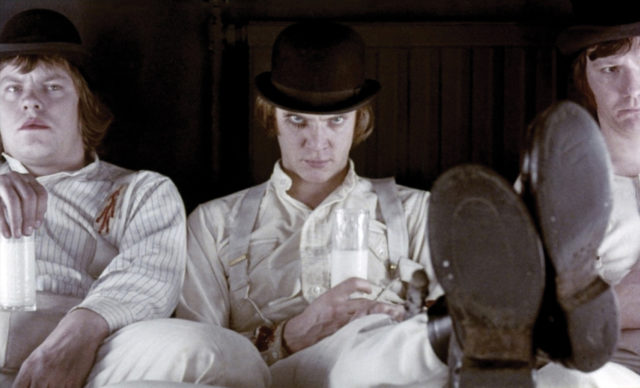 Warren Clarke as Dim, Malcolm McDowell as Alex, and James Marcus as Georgie in a publicity still for A Clockwork Orange. (Photo Credit: Pineapples101/ Warner Bros. and Columbia-Warner Distributors/ MovieStillsDB)

It is because of this that the film was banned in multiple countries including Ireland, Singapore, South Africa, South Korea, Brazil, Malta, and the provinces of Alberta and Nova Scotia in Canada. In many of these countries the ban was eventually lifted, and either given an R rating or censorship. It was initially released in Britain in 1971 but was withdrawn from circulation after a number of “copycat crimes,” similar to those from the film, occurred. It was released in 1999, after Kubrick’s death.

Perhaps one of the more surprising films on this list, Monty Python’s comedic satire Life of Brian caused significant controversy after its 1979 release. The plot focuses on Brian, an ordinary man who is mistaken as a Messiah, and his adventures. However, when it was released it was seen as blasphemous for its comedic take on Christianity. 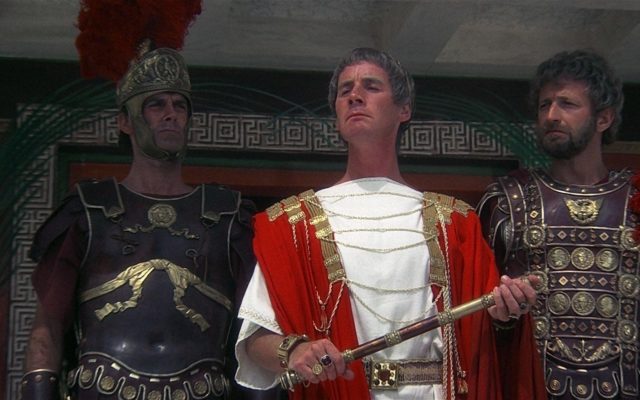 Michael Palin as Pontius Pilate, while Graham Chapman and John Cleese stand behind him dressed as fighters in a publicity still for Life of Brian. (Photo Credit: murraymomo/ Cinema International Corporation/ MovieStillsDB)

There were many countries that banned the film, including Ireland and Norway; ironically Sweden released it with the tagline, “The film is so funny that it got banned in Norway.” In both the United Kingdom and the United States there was significant opposition, but there was never a country-wide ban. Instead, it was left up to individual regions to decide if they would show it in their cinemas. Many didn’t.

Apocalypse Now has received significant praise over the years for its portrayal of the horrors and atrocities of the Vietnam War, and is generally regarded as one of the best movies ever made. There is still significant debate to this day, however, over whether it is an anti or pro-war film. 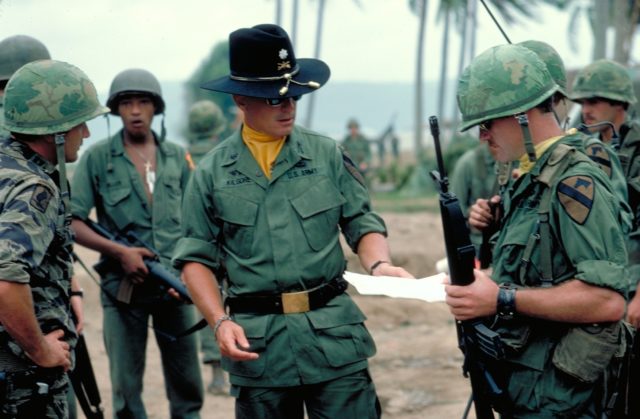 To South Korea, however, it was firmly the former which is why they decided to ban it. Under President Park Chung-hee the film wasn’t allowed to be imported because of its anti-war themes, not because of the graphic nature of some of the scenes.

The Texas Chain Saw Massacre was the first of many films to be made as part of the American horror franchise, which most recently released Texas Chainsaw Massacre in February 2022. Despite its eventual popularity, this original film was banned in many countries or forced to cut out certain parts in others. It was initially released in the United Kingdom in 1974 but was quickly banned, only to be reinstated in 1998. 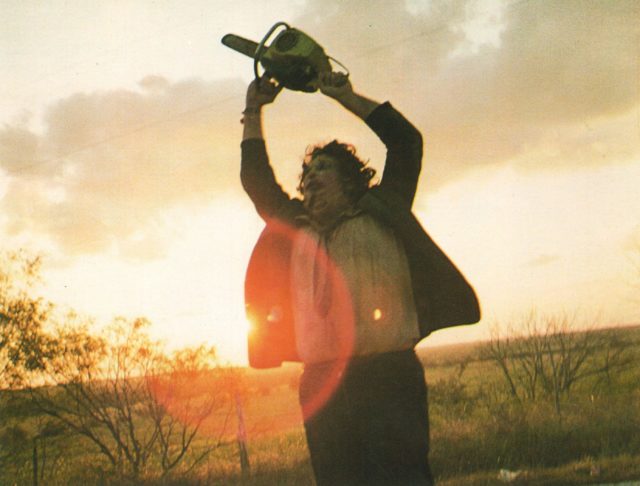 It was outrightly banned in Finland, France, Chile, Brazil, Iceland, Ireland, Norway, Singapore, West Germany, and Sweden, although many of these countries have since released the film. The main reason why The Texas Chain Saw Massacre was kept out of theaters was because of the high level of violence and cruelty.

Although Last Tango in Paris is far from a horror film, it was banned for a similar reason as many movies that fall into that genre: graphic and disturbing scenes of violence. The film as a whole was also graphic which was also a problem for many countries. After its release in 1972, it was banned in Argentina, Brazil, Italy, Portugal, South Korea, and Venezuela. 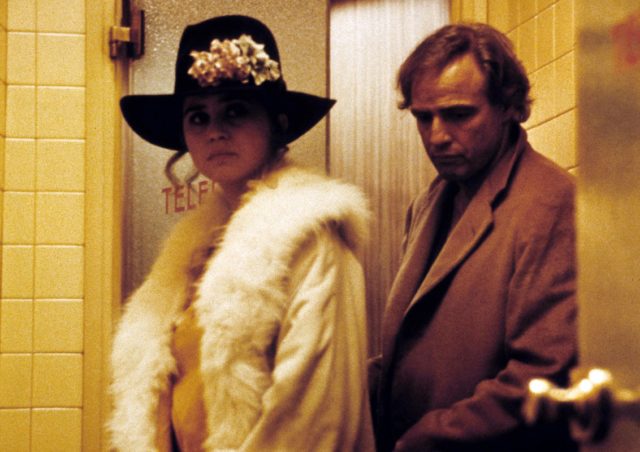 Most of these countries have since reversed the ban, however, the legacy of the film is still extremely problematic and viewed negatively by most. Part of the newer controversy arose after the principal actress, Maria Schneider, expressed her discomfort with filming the scene and felt taken advantage of as a young actress in the industry.

The name “Scarface” is most commonly attributed to the 1983 film starring Al Pacino, but there was another, far more controversial film, that came before it. The 1932 Scarface was considered to be extremely inappropriate when it was released for the amount of violence that it portrayed, as well as the way that it glorified crime and gang violence. 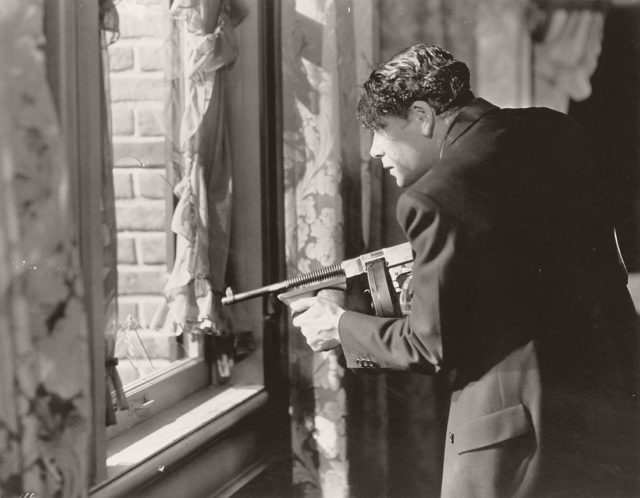 More from us: Steven Spielberg Says He Regrets the Effect ‘Jaws’ Had on Sharks

Although this film wasn’t included in any country-wide ban, there were numerous American states that refused to play it in theaters. The producers had ensured that they cut out enough of the violent scenes for it to be approved for theatrical release, but this wasn’t enough for approval in many cities like Detroit, Chicago, Seattle, and Portland.

« Do Celebrities Always Die in Threes?
Jamie Lee Curtis Says She Misses Mom Janet Leigh, Wishes She ‘Could See the Beautiful Family That I Have’ »