Edward Norton Has Discovered He’s a Distant Descendant of Pocahontas

Actor Edward Norton has discovered he’s directly related to the 17th-century Powhatan woman Pocahontas. While most parts of her story are shrouded in legend, the core of it is true. He learned of this familial connection while guest-starring on an episode of the television series, Finding Your Roots, during which other important information about his ancestry were revealed.

Edward Norton appears in the season premiere of Finding Your Roots

Through a direct paper trail leading to Pocahontas and John Rolfes’ 1614 marriage certificate, @EdwardNorton learns that his family lore appears to be true. His 12th great-grandmother is Pocohantas!

Tune in TOMORROW night on @PBS at 8/7c for the Finding Your Roots premiere!! pic.twitter.com/54sTTt2YKY

Finding Your Roots is a PBS genealogical history series that debuted on March 25, 2012. It’s hosted by Henry Louis Gates Jr., an American literary critic, professor and historian, who welcomes celebrities onto the show and presents them with a “book of life.” This features information collected by professional genealogists, which helps the show’s guests learn about their ancestors.

Academy Award-nominated actor Edward Norton was one of the guests to appear in the premiere for the ninth season of the program, which aired on January 3, 2023. Preparing himself for the moment, Norton looked into his lineage, yet he was still shocked at what he learned.

Also appearing in the episode was actress Julia Roberts.

Norton’s connection to Pocahontas is no longer ‘family lore’ 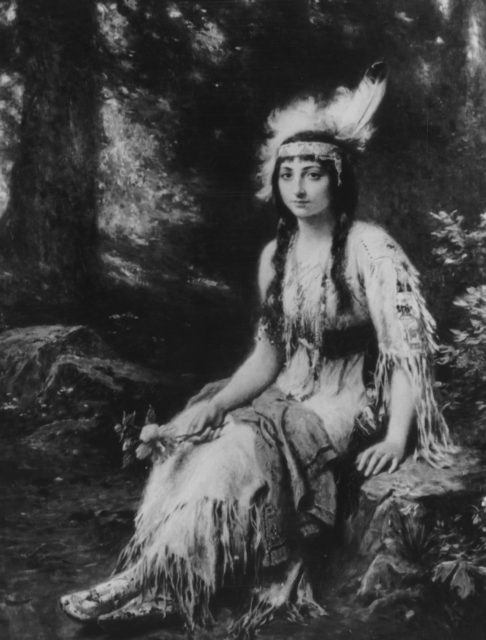 Sitting down with Gates, Norton was shocked to discover he had ancestral roots leading to Pocahontas. “I understand that was family lore,” Gates said. “Well, it is absolutely true.” There were murmurs that Norton’s family was related to Pocahontas, but these were typically dismissed as legend.

At first, Norton was unable to believe the truth and asked Gates how he knew this information. “You have a direct paper trail, no doubt about it, connection to your 12th great-grandmother and great-grandfather, John Rolfe and Pocahontas.” The historian then explained how Pocahontas and John Rolfe married on April 5, 1614 in Jamestown, Virginia, with the former dying three years later in Gravesend, England. Rolfe passed in March 1622.

“Makes you realize what a small piece of the whole human story you are,” Norton expressed as he came to accept that he truly is related to Pocahontas. He also understood that this was likely the end for genealogical discovery in his lineage. “This is about as far back as you can go, unless you’re a Viking,” he said.

That isn’t the only shocking information about Norton’s lineage 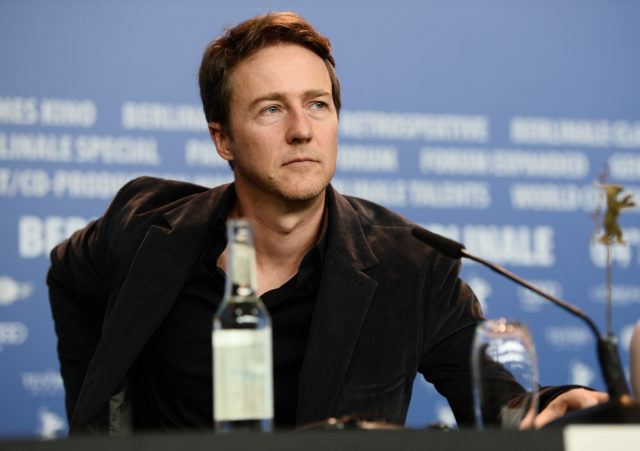 This wasn’t the only revelation about Norton’s ancestral lineage. Gates informed the actor that his ancestors include a 19th-century pro-union labor activist and an American Civil War soldier who wrote to US President Abraham Lincoln.

It was also revealed that his third great-grandfather, John Winstead, was a slave owner. As it turns out, Norton had actually discovered this information while doing his own research prior to his appearance on Finding Your Roots. He’d looked into census data for North Carolina that dated back to 1850, which showed his ancestor held “seven human beings in bondage” – a 55-year-old man, a 37-year-old woman and five young children

More from us: When Robin Williams Helped a ‘Baked’ Jack Nicholson Accept His Best Actor Award

Gates asked Norton what it was like discovering this about his family, to which the actor explained how it didn’t sit well with him. “The short answer is these things are uncomfortable. And you should be uncomfortable with them.”

« Why Do People Look So Much Younger Today?
Teen Stars of 1968 Adaptation of ‘Romeo and Juliet’ Suing Paramount Over Nude Scene »