It doesn’t always take a professional with years of work in a specialized field to make a discovery that cracks history wide open. That is certainly the case for furniture conservator Ben Bacon who, in his spare time, came up with a complex theory explaining the use of lines and dots in Ice Age cave art which academics had a difficult time explaining themselves.

An interest in cave art

Ben Bacon lives and works in London, England as an English teacher. He was always interested in cave art, specifically, the various markings that appear on or near animals. These symbols, which had completely stumped archaeologists, were one of the reasons behind Bacon’s research. “The meaning of the markings within these drawings has always intrigued me so I set about trying to decode them, using a similar approach that others took to understanding an early form of Greek text,” he told BBC. 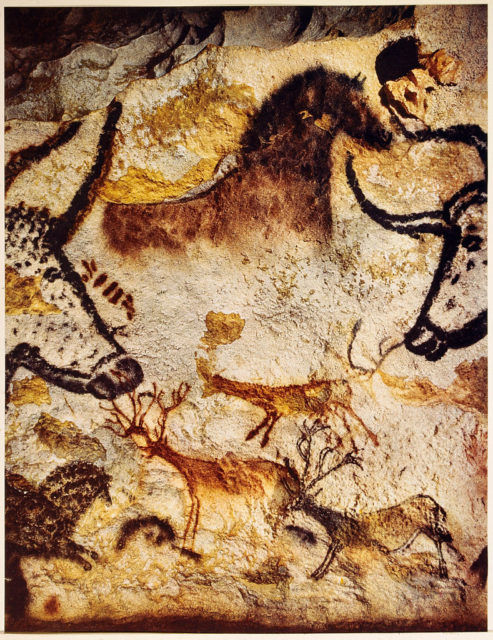 He set a lengthy and impressive project, dedicating significant amounts of time to pore over various images of cave art that could be found online and through the British Library. Bacon was looking for recurring patterns in the paintings, which allowed him to create his theory that these apparently meaningless marks actually communicated a type of lunar calendar.

After creating a sound hypothesis, Bacon reached out to various academics looking for their input on his research. The experts thoroughly encouraged him to keep working on the project, and he ended up collaborating with a team of different archaeologists to publish his ideas. In the process of further research for this paper, the team came to a few conclusions. 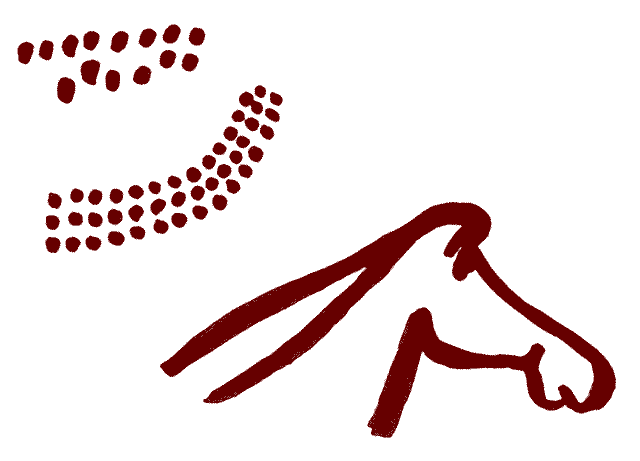 Hand-drawn sketch of one of the horse head cave drawings in Gallery A at Cueva de La Pasiega in Spain, showing an example of an animal associated with various dots. (Photo Credit: José-Manuel Benito Álvarez/ Wikimedia Commons/ Public Domain)

They looked at the three most common symbols that Bacon found, determining that they were a lunar record of when each of these animals were mating. They cross-referenced the occurrence of the symbols with the birth cycles of animals similar to those in the painting to make the connections. In addition, they determined that the inclusion of a “Y” symbol meant that the animal was giving birth.

Ultimately, what they discovered was that these patterns were proof that those who came 20,000 years before us had a complex way of communicating information about the animals that surrounded them – exactly what Bacon first assumed that it might be.

Not everyone, however, is on board with Bacon and his team’s proposed understanding of these ancient symbols. As April Nowell from the University of Victoria said, “there are a number of assumptions being made here that have yet to be proven.” She is also skeptical of the “Y” symbol indicating birth. Melanie Chang at Portland State University also questions this meaning, instead proposing that these could simply be illustrating markings on the animal. 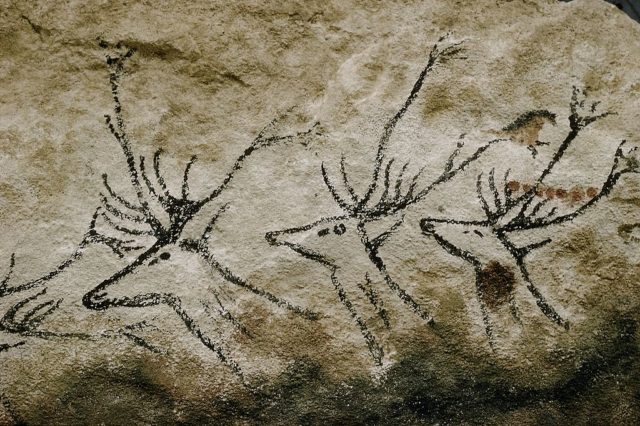 More from us: Ancient Cave May Have Been Hideout Used By The Last Neanderthals

She also expressed concerns that the many hypotheses put forward by Bacon and his team did little to address any alternative ways that the marks could be viewed. Nonetheless, Bacon intends to continue this research and also assess many of the other symbols that have been found in cave paintings, hoping to “gain an understanding of what information our ancestors valued.”