Did Kris Kristofferson Land a Helicopter on Johnny Cash’s Lawn to Give Him a Demo?

Kris Kristofferson is one of country music’s most famous singer-songwriters, and he had to work hard to earn that title. His pursuit of a career in music was an uphill battle, and he had to take jobs outside of the industry before getting his big break. To try and streamline the process, he did something wild and unexpected to capture the attention of another country music legend: Johnny Cash. Amazingly, it worked! 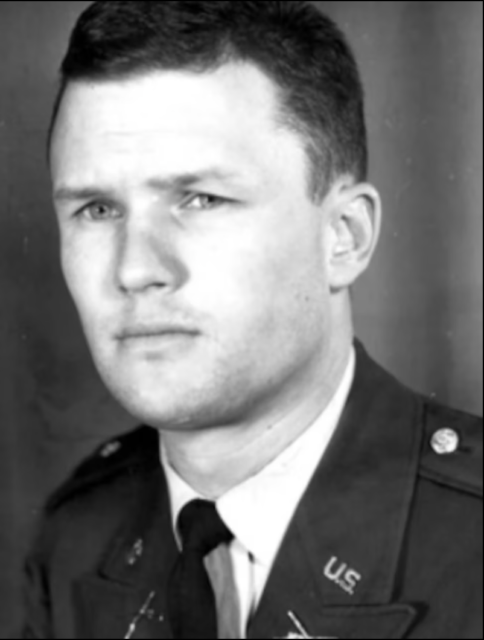 Kris Kristofferson during his service with the US Army. (Photo Credit: Photo Credit: US Army / US Department of Defense)

Kris Kristofferson was a military brat whose family had a long history of service. His father was a retired major general in the US Air Force and encouraged the young Kristofferson to join the US Army following his college graduation.

He enlisted in 1960 and completed training at Fort Rucker, Alabama to become a helicopter pilot. Following this, he attended the US Army Ranger School. Kristofferson was subsequently stationed in West Germany with the 8th Infantry Division, rising to the rank of captain.

As it turned out, Kristofferson knew his calling wasn’t with the military, but, rather, the music industry. In 1965, he turned down a teaching position with the US Military Academy West Point and retired from the Army. This had major repercussions. His family, upset over his decision, disowned Kristofferson. This, however, wasn’t enough to stop him from pursuing his passion, and he moved to Nashville to try and make a name for himself.

Rubbing shoulders with the greats at Columbia Records 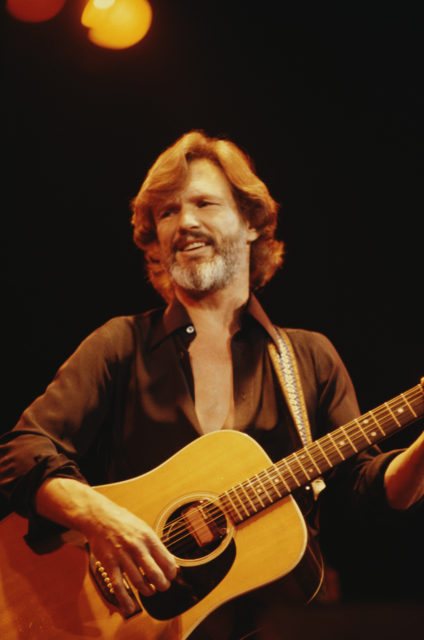 Following his retirement from the military, Kris Kristofferson got a janitorial job at Columbia Records. At the time, the label had signed Johnny Cash and June Carter, whom he’d sometimes pass in the hallways. Kristofferson had stopped Carter and asked if she’d pass along one of his tapes to Cash, which she did.

Nothing came of this, as the legendary country singer immediately threw it onto a pile of other tapes from hopeful musicians.

As he struggled to get his music career off the ground, Kristofferson also took a job with Louisiana-based Petroleum Helicopters International, using his experience as a helicopter pilot to fly commercial choppers. Of this time in his life, he later recalled:

“That was about the last three years before I started performing, before people started cutting my songs. I would work a week down here [in south Louisiana] for PHI, sitting on an oil platform and flying helicopters. Then I’d go back to Nashville at the end of the week and spend a week up there trying to pitch the songs, then come back down and write songs for another week.”

Kris Kristofferson hijacked a helicopter to get Johnny Cash’s attention 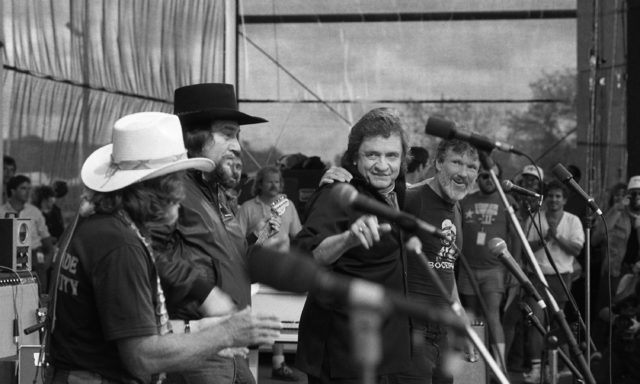 While working at Petroleum Helicopters International, Kriss Kristofferson hijacked a Bell UH-1 Iroquois “Huey” for an unauthorized trip to Johnny Cash’s estate in Henderson, Tennessee. He landed the chopper on the front lawn, after which June Carter allegedly ran out of the mansion to see what all of the commotion was.

Supposedly, she yelled, “Sweet Jesus, they come to us up the road and now they are coming to us out of the sky.”

The story goes that Kristofferson’s approach upset Cash a great deal, and he ordered the unwelcomed intruder to leave his property. Kristofferson refused and said he wouldn’t leave until the musician had listened to one of his tapes. Cash ultimately agreed and listened to “Sunday Mornin’ Comin’ Down.”

Cash later went on to record the song, earning Kristofferson Songwriter of the Year at the 1970 Country Music Association Awards.

Kris Kristofferson has tried to clear up the story 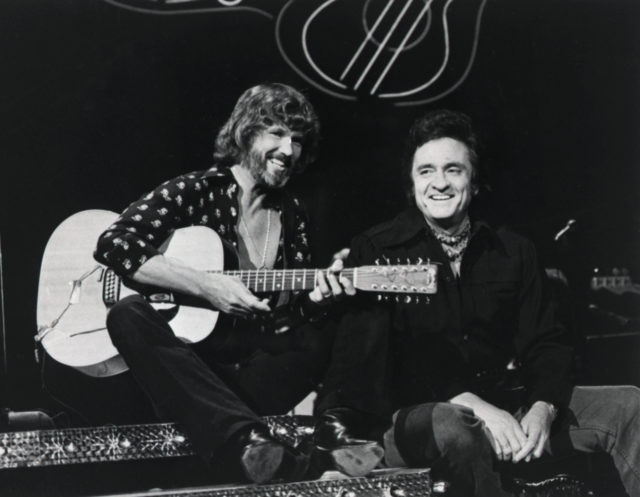 Parts of the story seem to have been embellished by both Johnny Cash and June Carter, and have since been disproven by Kris Kristofferson himself, who set the record straight after both had passed.

One particular detail suggested he’d used liquid courage to make the unauthorized landing on Cash’s front lawn. “I think he told the story that I got out the helicopter with a beer in one hand and a tape in the other,” Kristofferson explained. “I never would have been drinking while flying a helicopter.”

Another very important detail was seemingly untrue. According to Kristofferson, neither Cash nor Carter were home when he landed on their estate. “[Cash] wasn’t even in the house,” he said. “[Carter] wasn’t there either. But, you know what, I never was going to contradict either one of them.”

More from us: 5 Things You Didn’t Know About James Doohan

In the end, Kristofferson knew his approach maybe wasn’t the best way to get Cash’s attention. “It was still kind of an invasion of privacy that I wouldn’t recommend,” he later said. It certainly worked, though.

« Killing House: The Top-Secret Training Facility for the British Royal Family
With Preserved Artifacts From HMS Terror, Researchers Have Been Able to Piece Together the Crew’s Final Days »