Best known for his role as Montgomery Scott on the legendary television series Star Trek, James Doohan made a legacy for himself in more ways than one. He accomplished great things both pertaining to and beyond his most iconic role. Below are five incredible facts about Doohan that even some of his biggest fans may not know.

Doohan stormed the beaches at Normandy on D-Day

#TriviaTuesday: Way before starring as Lt. Commander Scotty in 'Star Trek' films and TV, James Doohan was a Lieutenant in the 3rd Canadian Infantry Division which led the attack on Juno Beach on D-Day in Normandy, and was seriously wounded in action. pic.twitter.com/8NjO4x9VO1

Before he became the fictitious aeronautical engineer on Star Trek, Doohan was one of the 14,000 Canadian soldiers to land on the shores of Normandy during WWII. He enlisted in the Royal Canadian Artillery at 19 years old and had reached the rank of lieutenant by 1940.

When he and his troops landed on the beaches of Normandy on June 6, 1944, they were immediately engaged by the enemy. Doohan managed to take out two German snipers, but he was wounded by six bullets. The shots hit his left knee, chest, and right hand, causing him to lose his middle finger.

After he recovered from his wounds, he trained as a pilot and became known as the “craziest pilot in the Canadian Air Force” despite never actually serving with the Air Force. He earned this title after he flew his Taylorcraft Auster Mark IV plane through two telephone poles just to prove to everyone else that he could. 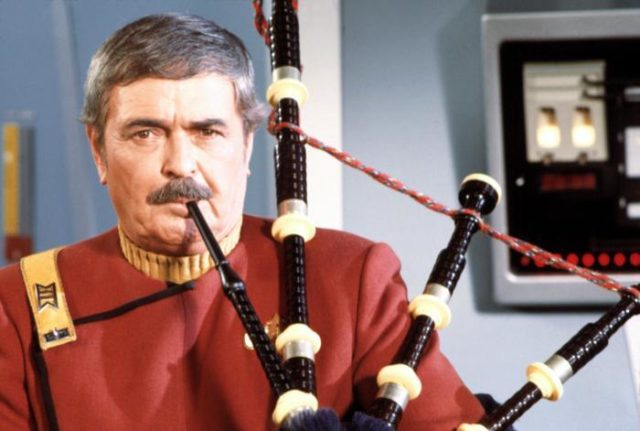 When auditioning for the role of Scotty on Star Trek, the role hadn’t been determined to be a Scotsman. Instead, it was workshopped with Doohan, who tried out a handful of accents to determine which suited the character best.

“I did about seven or eight different accents for them, and they asked me what I preferred,” he said. “And I named the character. I told them, ‘If you want an engineer, in my experience the best engineers are Scotsmen.’ And they said, ‘Well, we rather like that one too.'” He even named the character, explaining that he “… just came right out and said, ‘Good. I’ll call him Montgomery Scott.'”

Doohan was responsible for the Klingon and Vulcan languages 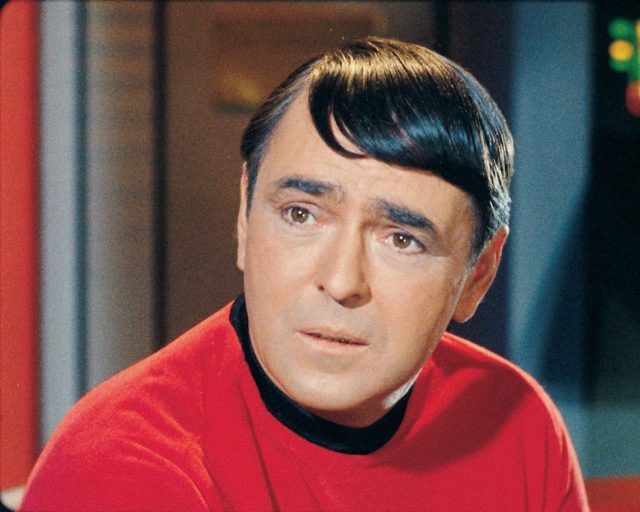 Given his skill in switching between a number of accents, Doohan was able to apply his knowledge of linguistics to help develop the iconic fictitious languages of Klingon and Vulcan for the show. Though he may not have created them in their entirety, he is credited with providing the foundation for the languages.

It’s this foundation that allowed linguist Marc Okrand to develop the languages fully. Klingon later became one of the most popular science-fiction languages ever developed. Doohan’s influence in helping create the languages also led to him providing the voices for many of the alien characters that were depicted on the show.

He once saved the life of a despondent fan 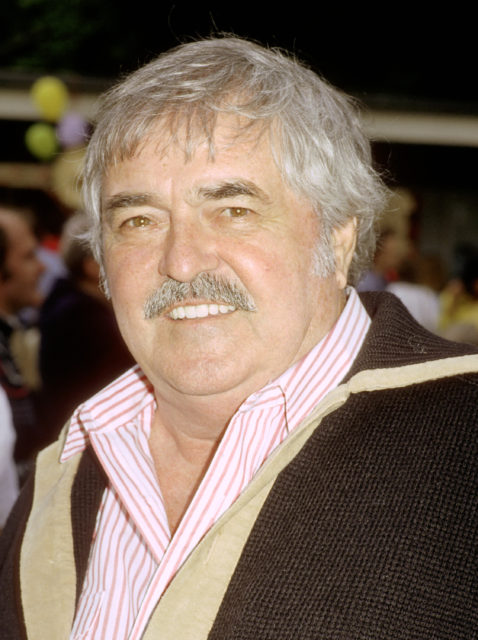 At one point in his career, Doohan received a letter from a fan explaining to him that she was not in a good place and was having thoughts of ending her life. Taking the note very seriously, he called the fan and said “‘Hey, this is Jimmy Doohan. Scotty of Star Trek. I’m doing a convention in Indianapolis, and I want to see you there.'”

She showed up to that convention, and for the next couple of years, he consistently informed her when and where nearby conventions were taking place and said that he wanted to see her there. They had about 18 encounters before they lost contact for roughly eight years. He later received another letter from her thanking him for everything he did for her. Doohan called the interaction “the best thing I have ever done in my life.”

Doohan and Shatner almost met on a Canadian television show 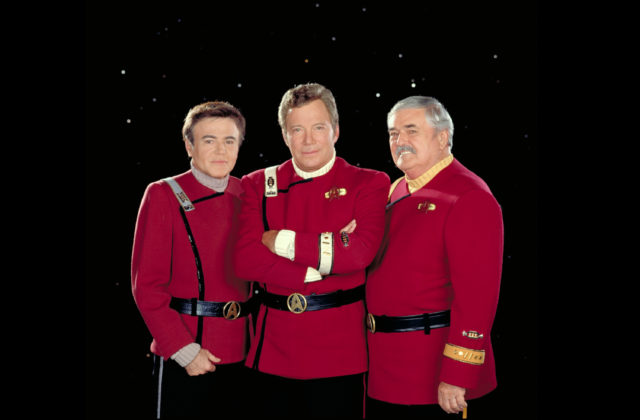 Back in 1954, Canadian broadcasting developed its own version of Howdy Doody, an American television show created in New York in 1945 that involved a real-life host accompanied by puppet co-stars. The Canadian version of the show saw Timber Tom in place of Buffalo Bob, who was at first played by James Doohan.

Supposedly, Doohan was asking for too much money for the role so it was instead given to another actor named Peter Hews. However, Mews had missed a couple of the earlier episodes of the show and a substitute had to be found.  He was replaced by the character Ranger Bill on those episodes, who was played by none other than William “Bill” Shatner, as described in Shatner’s 2008 book, Up Till Now.

More from us: The Ashes of ‘Star Trek’ Legend James Doohan Were Smuggled Into Space in 2008

James Doohan passed away on July 20th, 2005, following a struggle with pneumonia and Alzheimer’s disease. He was 85 years old.

« Lisa Marie’s Death Has Eerie Similarities to Her Father’s
A Bowling Alley in the White House? Eight Unexpected Rooms that Presidents Have Built »