Lisa Marie’s Death Has Eerie Similarities to Her Father’s

The death of Lisa Marie Presley, the only child of Elvis Presley, on January 12, 2023 came as a shock to the world. At only 54, she died young just like her father. Yet there are other devastating connections between their deaths that were pointed out by fans shortly after the news of her passing broke. Others have remarked that these similarities extend far beyond these two members of the Presley family.

First and only child

Lisa Marie was born to Elvis and Priscilla Presley on February 1, 1968 in Memphis, Tennessee nine months after the two were married. Lisa Marie was the only child that the singer would ever have, and she was always very close with her father. Even years after his death she recalled, “I knew that he was crazy about me.” He was known to spoil her, giving her extremely expensive gifts throughout her childhood. 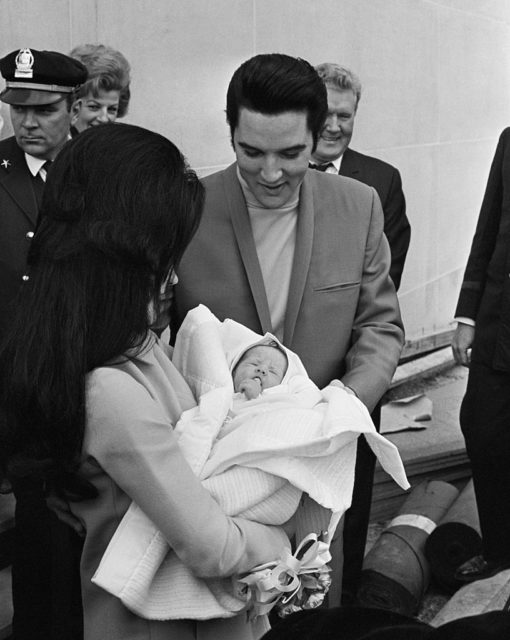 In one instance he took her to Idaho on his private jet, which would eventually be named Lisa Marie, so that she could play in the snow for an hour. As a child, she thought that this was normal and that it was simply the way all fathers showed that they loved their daughters. Although her parents eventually divorced, Lisa Marie remained close to both of them, living with her mother most of the time but frequently visiting Elvis up until his death.

Sadly, Lisa Marie lost her father when she was only nine years old. Not only did she have to experience this loss, but she was also in the home the night Elvis died. He kissed her goodnight, and it wasn’t until she was alerted to him dead in the bathroom that she saw him again. As Priscilla and Elvis had divorced, Lisa Marie became heir to his Graceland home and the rest of his estate alongside her grandfather Vernon. 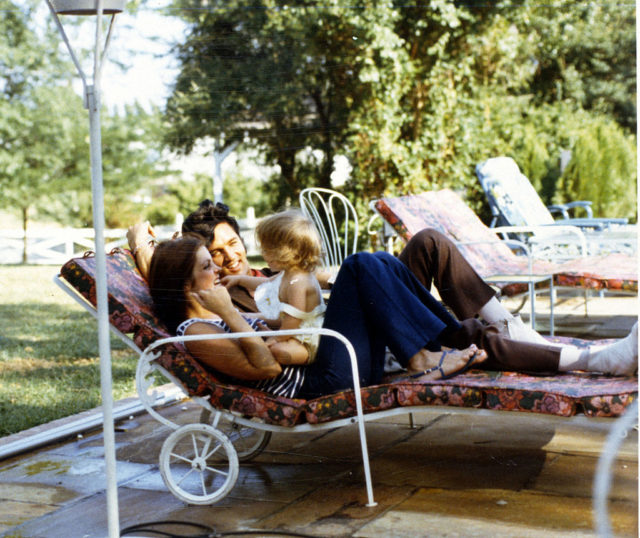 He also, however, died soon after and everything became hers to manage when she reached the age of 25. Losing her father had a profound impact on Lisa Marie and was something she recounted in many interviews later in life. In once instance, she remembered, “His body was in the house for three days and there was something very oddly comforting about that, which made it not necessarily real to me.”

Fast forward many years to the announcement of Lisa Marie’s death and the similarities between the two tragedies are clear. She was rushed to the hospital having been found unresponsive in her home after going into cardiac arrest. Although she was given a pacemaker and put on life support in the ICU, she passed away later in the day. Her mother Priscilla announced the news, saying, “She was the most passionate, strong and loving woman I have ever known.” 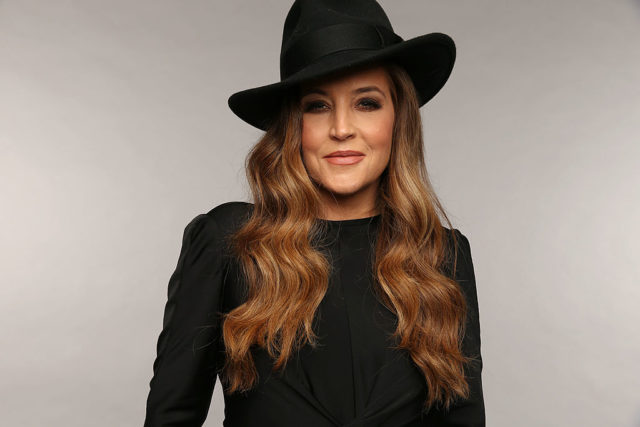 Both Lisa Marie and her father were found in their homes unconscious having died from heart complications. While many people experience incidences like this, as The New York Post pointed out, many members of the Presley family have died from heart attacks and complained about similar symptoms to Lisa Marie and Elvis leading up to these events. The connection, according to at least one writer, may have been in their genetics.

More from us: ‘I Chose Nature Over You’ – The Bizarre Reason Jamie Lee Curtis Missed Meeting Princess Diana

Following her death, Lisa Marie was fondly remembered by those who knew her for her philanthropic work, her music, and her personality.