A 9,000-year-old skull has received a digital facial reconstruction that suggests what the living person once looked like. Although it’s undergone facial imaging in the past, the newest scan provided a more detailed idea of the owner’s real appearance. Some features are still difficult to determine, but there’s one unique quality of this skull that suggests the owner underwent a ritual reshaping at a young age.

The Jericho Skull was discovered in Palestine 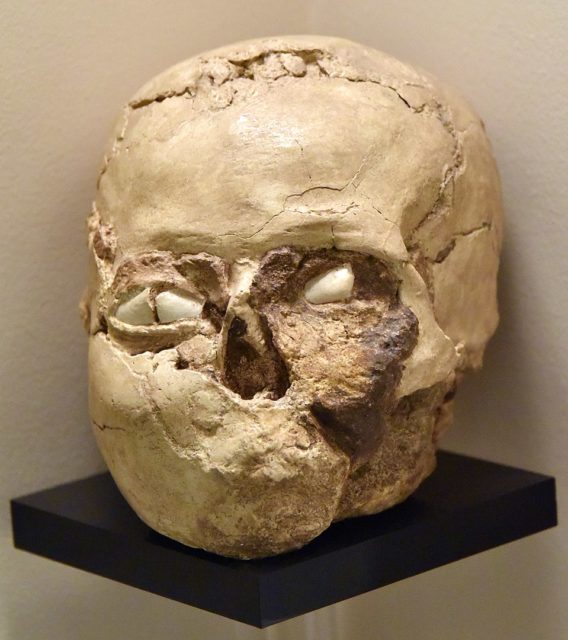 Back in 1953, British archaeologist Kathleen Kenyon made an incredible discovery while digging at a site located in one of the oldest inhabited cities in the world. The city of Jericho, in Palestine, is believed to have had humans occupying the area around 10,000 BCE. During her excavation, Kenyon unearthed seven skulls dating back 9,000 years ago.

The Jericho Skull was covered in a type of plaster, understood to have been an attempt to outline the human face, and it was painted and adorned with whelk shells in place of the eyes. Though it’s not clear what the true purpose of the plaster was, researchers think it may have been part of a ritual to honor lost relatives. The Jericho Skull has been kept at the British Museum since its discovery. The museum believes the skulls were reburied as “portraits of community forebears long after their individual identities were forgotten.”

In 2016, the first attempt at 3D imaging of the Jericho Skull helped to create an idea of what the human had once looked like while alive. Archaeologists at the British Museum used the micro-computed tomography (micro-CT) scanning method to look beyond the plaster and get a better understanding of the skull hidden beneath it.

Using this micro-CT scanning, it was determined that the skull was that of a man. Following their imaging of the skull’s shape and structure, the team of archaeologists then employed the Manchester method of facial reconstruction to try and recreate an image of the man’s facial features. This method is most often used to reconstruct the features of crime victims, and was capable of producing a face for the Jericho Skull.

Binding was used to change the skull’s shape 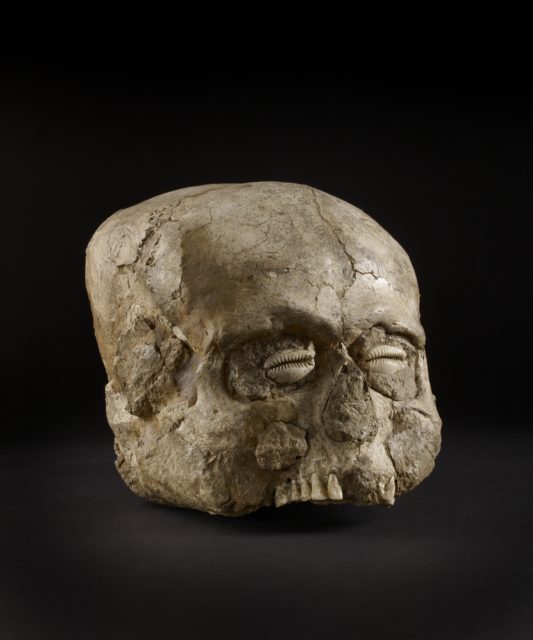 One of the most notable features of the Jericho Skull was its strange shape. It was abnormally broad when compared to the natural shape of other skulls, and researchers believe this was likely due to the practice of binding. While the skull was still developing, it was wrapped tightly in bandages to achieve a desired shape.

Usually, the practice of binding was done to elongate the shape of a skull vertically, but the Jericho Skull seems to have been done differently. Apparently common in the Neolithic period, the Jericho Skull was bound to achieve a broader shape. This was likely considered aesthetically pleasing at the time.

New imaging shows what he may have looked like

The Jericho Skull underwent a recent attempt at facial reconstruction by a group of researchers in Brazil. Cicero Moraes and his colleagues used new techniques to try for a more precise and accurate image. They approached scanning the skull using methods that are closely linked to plastic surgery and prosthetics manufacturing, an alternative to the previously used Manchester method.

“I wouldn’t say ours is an update,” Moraes said. “It’s just a different approach. [But] there is greater structural, anatomical and statistical coherence.” Following their CT scans, the group of researchers were able to determine that the person the skull belonged to was a dark-haired man in his 30s or 40s. “With the data we have, which [is] basically structural, we have a good idea of what … this living person’s face would look like,” Moraes explained. “But details like the shape of the hair, the color of the hair and eyes are very difficult to do precisely.”

More from us: Mummies with Gold Tongues Unearthed at Ancient Egyptian Cemetery

The new imaging does give a clear idea of what the Neolithic man likely looked like, which is pretty remarkable 9,000 years after his death.