During the 1920s, New York City‘s economy was booming. As such, there was a mad dash by builders to erect the world’s largest skyscraper to compete with the Bank of Manhattan Trust Building (now the Trump Building) and the Chrysler Building. The result was the Empire State Building, which in July 1945 was hit by a North American B-25 Mitchell bomber. 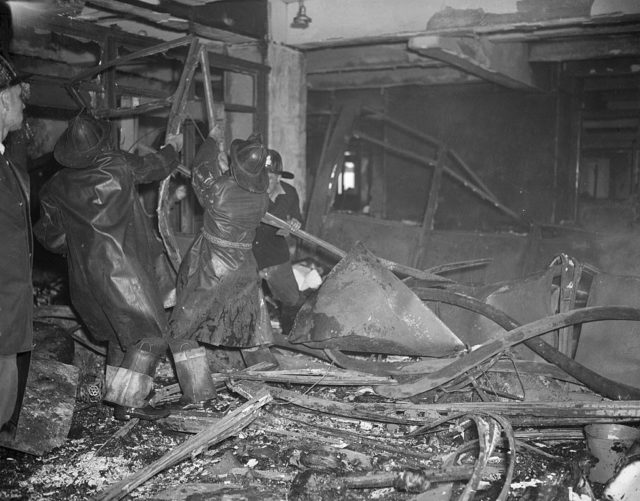 Fireman working amidst the wreckage of the crash. (Photo Credit: Bettmann / Getty Images) 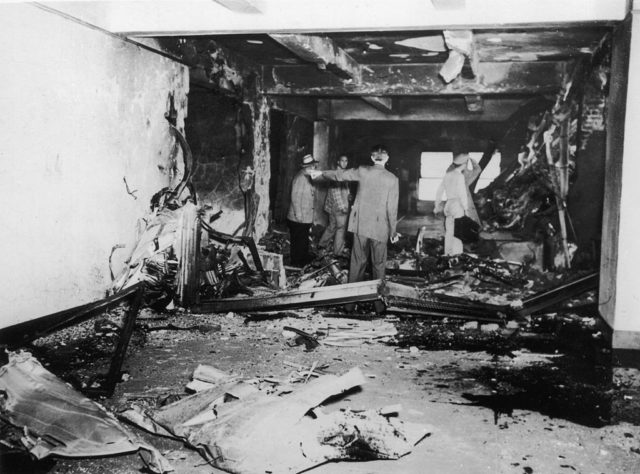 The brains behind the Empire State Building were General Motors executive John J. Raskob and former New York Governor Al Smith. Once completed, the building rose 1,250 feet over the streets of Manhattan and held the record as the world’s tallest building for nearly 40 years, until the construction of the First World Trade Center.

On the morning July 28, 1945, Captain William F. Smith was serving as the pilot of a B-25 Mitchell bomber that was flying from New Bedford, Massachusetts to LaGuardia Airport. Also on board the aircraft were Staff Sergeant Christopher Domitrovich and Navy Aviation Machinist’s Mate Albert Perna.

That morning was particularly foggy. When Smith asked air traffic control for clearance to land, he was instructed to instead fly to Newark Airport. The bomber’s new destination took it over Manhattan. Smith was flying lower and slower than normal, in the hopes of gaining better visibility. However, he grew disoriented and ended up turning left when he came upon the Chrysler Building, instead of right.

This error had him heading straight toward the 79th floor of the Empire State Building. 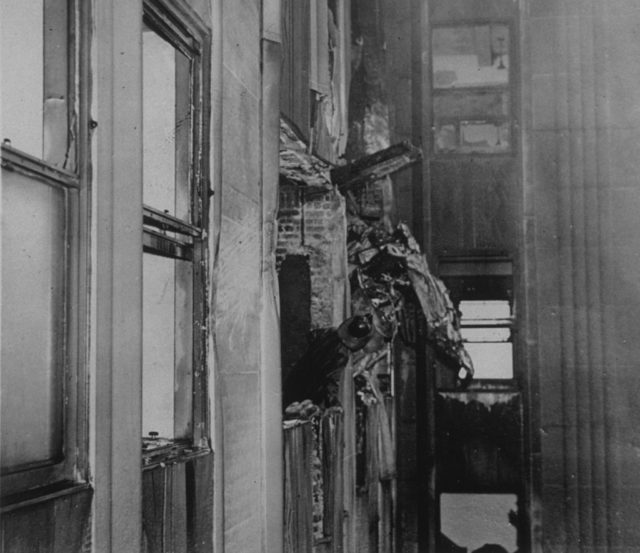 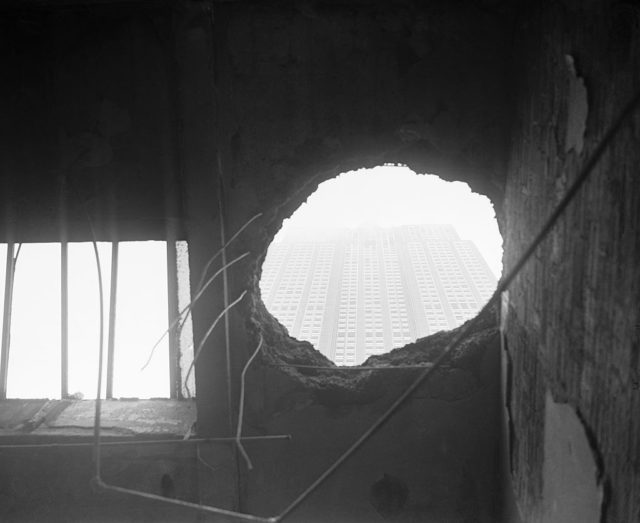 Hole where the B-25 bomber crashed into the Empire State Building. (Photo Credit: Bettmann / Getty Images)

The B-25 hit the Empire State Building at around 9:40AM, leaving an 18-foot by 20-foot hole in its side, where the National Catholic Welfare Council was located. At impact, the aircraft’s fuel exploded, causing a fireball that ran all the way to the 75th floor, trapping hundreds of office workers.

One of its engines also shot through the south side, the opposite of where the impact had occurred. It reportedly flew as far as a block before dropping 900 feet onto the roof of a building, causing a penthouse art studio to go up in flames.

Other plane parts were ripped from the aircraft, including its second engine, which, along with the landing gear, plummeted down an elevator shaft, snapping a cable along the way. Luckily for the woman in the elevator car, the emergency brake stopped it from crashing to the ground. She was later rescued by first responders. 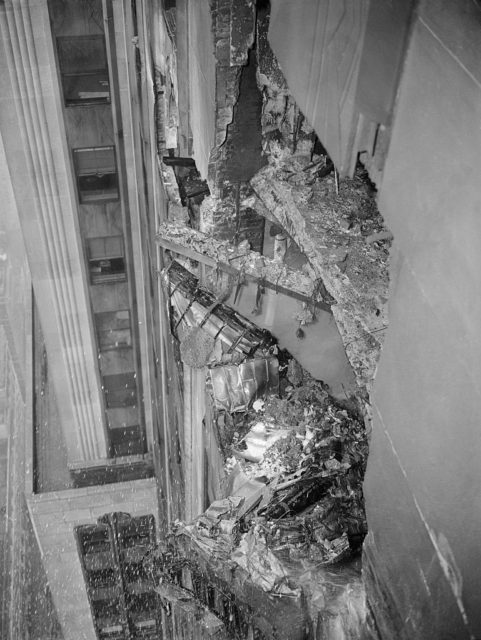 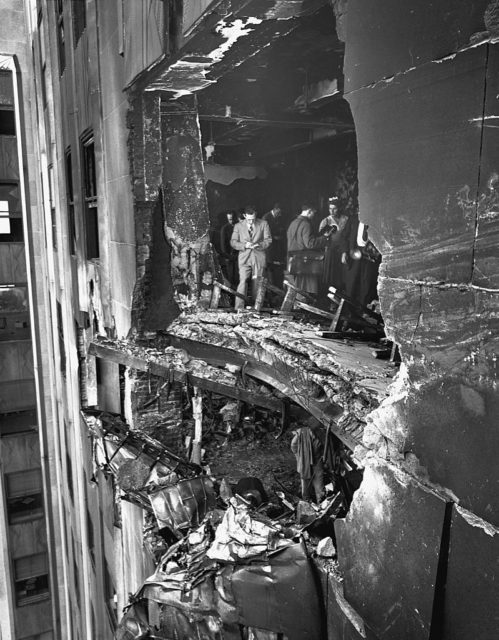 14 people were killed in the collision: the three aboard the B-25 and 11 civilians. The civilian casualties all worked for the War Relief Services department of the National Catholic Welfare Council. The total damage caused to the building was nearly $1 million dollars – equivalent to $14 million in 2020. Its structural integrity wasn’t affected.

Eight months after the accident, the US government offered money to families of the victims. While some accepted the payment, others launched a lawsuit, which resulted in the creation of the Federal Tort Claims Act of 1946, which gives Americans the ability to directly sue the federal government.