A YouTube wizard has given vintage footage of New York a serious 4k upgrade. Want to take a historic trip to the Big Apple? Denis Shiryaev has used Artificial Intelligence to upscale old New York footage, showing the city streets like never before in glorious 4K.

Made in 1911, ‘A Trip Through New York City’ is one of the many treasures at MoMA (Museum of Modern Art). Before it was grainy and black and white. Shiryaev and his online toolkit have transformed it into a ride full of colors, combined with the resolution you’d expect from a 21st century film. The film now plays at 60 frames per second.

According to Topaz’s website, Gigapixel AI “uses the power of Topaz’s proprietary Artistic Intelligence engine to make sharper and clearer upscaled images more than traditional upscaling tools”. It reportedly makes over a million calculations when working on each individual pixel. For the layman, the take away is that it’s complicated but it works! 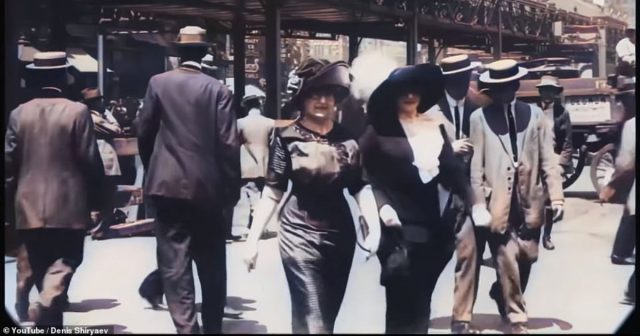 ‘A Trip Through New York City’ was originally made by Svenska Biografteatern, a company from Sweden who traveled the world committing its wonders to celluloid. The result was pretty impressive in its original version. MoMA describes the production. “Opening and closing with shots of the Statue of Liberty, the film also includes New York Harbor; Battery Park and the John Ericsson statue”. 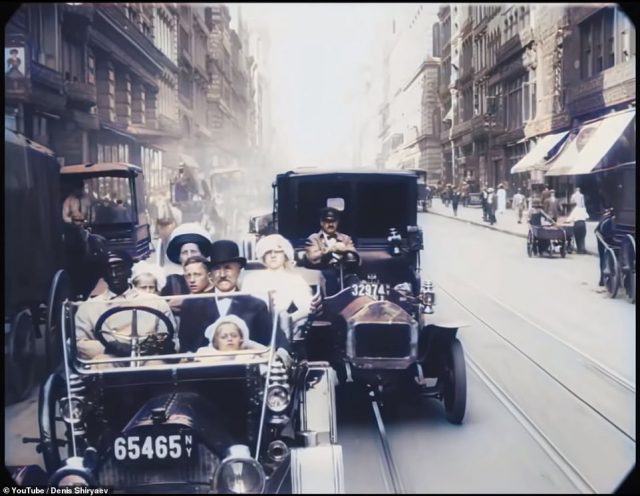 Ericsson was an American engineer born in Sweden. Among his many achievements was designing USS Princeton, America’s first steam-frigate with a screw propeller. On a smaller scale, what appears to be a steamship emblazoned ‘Rosedale’ is among the sights offered by the 8 minute movie.

MoMA, who performed their own restoration on the footage, also mentions “the elevated railways at Bowery and Worth Streets; Broadway sights like Grace Church and Mark Cross; the Flatiron Building on Fifth Avenue; and Madison Avenue.”

On a more aesthetic note, they observe the film’s “casual, almost pastoral quality that differs from the modernist perspective of later city-symphony films like Paul Strand and Charles Sheeler’s Manhatta (1921).” 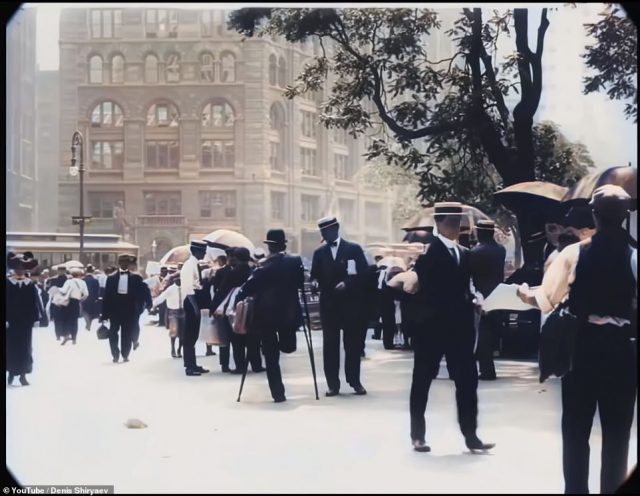 This vivid journey back in time depicts a metropolis that was similar in many ways. While the Ericsson statue and of course Lady Liberty remain unchanged, and the famous Flatiron Building is unmistakable, there have of course been changes over the past hundred or so years.

Roads for example. “The streets in 1911 were lined with trolley tracks and were mostly bustling with buggies,” notes the Daily Mail, “but a few cars were used on the roads by the upper class.” Their article also refers to Herald Square. “In the film, the New York Herald Building is seen but the building no longer exists” the Mail writes. ”The area is still known as Herald Square, but it’s now full of restaurants and shopping stores.”

Developer Shiryaev has form for this type of project. He also upscaled the Lumiere Brothers’ ‘Arrivée d’un train à la Ciota’ (‘Arrival of a Train at La Ciotat’) from 1895. When the film was first projected it reportedly frightened audiences, who believed the onscreen train might fly out into the theater.

Eager restorers have also set their sights on the future – to be more precise, Star Trek shows from the Nineties. Some fans are unhappy with the picture quality offered by home entertainment releases and streaming services, and are using AI tech themselves to upscale adventures aboard Deep Space Nine.

Related Video: The 1895 “First Movie Ever Made” Gets Visually Stunning 4K Restoration

“I’m not going to claim that upscaling like this simply makes Deep Space Nine look like it was shot in modern times,” writes the Extreme Tech site, which explored what the process could do for Benjamin Sisko and crew. “The color reproduction is bad in all cases and no matter how good an upscaling algorithm is, it’s still an upscaler — and therefore not the same as having the original data via 35mm film.”

Similar criticism has also been leveled at Shiryaev’s restoration. The clue is in the name – “Artificial” Intelligence. While it’s impossible to fully appreciate the sights of the past without a time machine, this 4K slice of New York footage magic is surely the next best thing.