At the Old Church House Inn people drink in the atmosphere. Literally, as it’s a public house (pub). Yet despite standing for 700 years the famous location in Torbryan, Devon isn’t immune to modern day laws.

The trouble started when proprietor Amanda Mitchell decided the time was right to put in a new floor. A previous owner had opted for concrete in the Seventies and the result, while practical, was viewed as an eyesore. Mitchell wanted a natural slate and thought nothing of calling in contractors to begin the business of ringing in the changes.

When local Teinbridge Council found out about this, they were not impressed. Why? Because as a 13th century Grade 2 listed building renovation isn’t a straightforward process. History inevitably comes with a stack of rules and regulations. 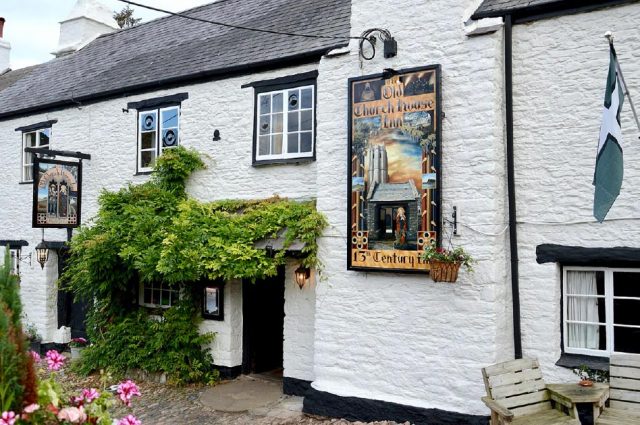 Entrance to the Old Church House Inn. Photo by Dave S. CC by 2.0

They released a statement, saying “Every local planning authority has a legal obligation to protect historic buildings from any works – either intentional or accidental – that might interfere with or alter the fabric of the building or any of its archaeological features.”

The council’s reaction comes after a reported 4 + years of work and – to date – $250,000 (£200,000) price tag. Mitchell wanted to put up a fight and close the pub. However she has met with the Teinbridge big wigs and an agreement was reached to keep the doors open till December 22nd. 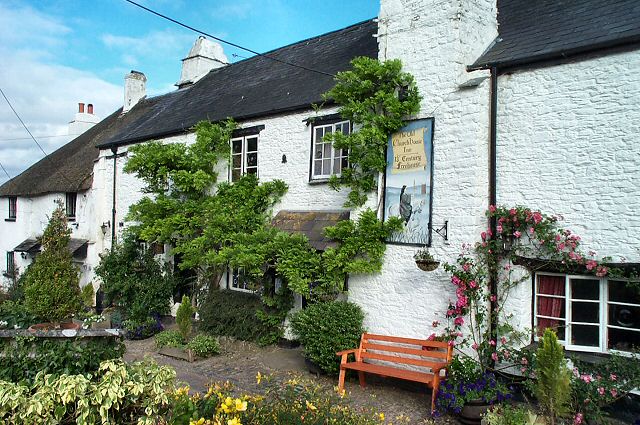 Exterior of the Old Church House Inn. Photo by Richard Knights CC by 2.0

According to the site Devon Live she is seeking “retrospective listed planning consent” in an attempt to stave off 21st century demands. The stakes could be pretty high for her. “The threat of an unlimited fine and imprisonment still hangs over me,” Mitchell commented. “The truth is that the pub could still close. I will try to keep things running but it probably won’t still be a seven day a week pub that people can drop into and use as a community facility.” 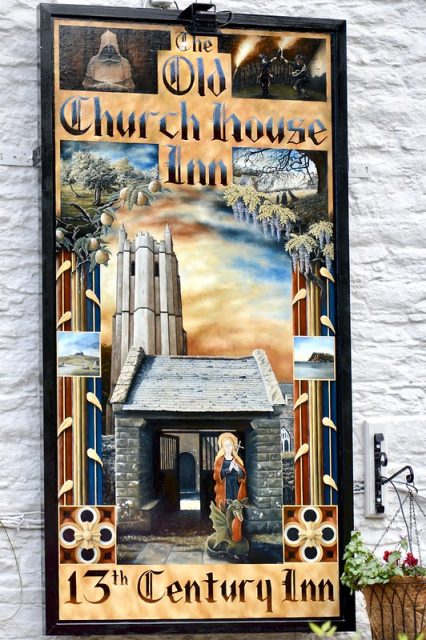 Sign of the old church house inn. Photo by Dave S. CC by 2.0

The public have reacted positively to her struggle, as outlined on social media. Many messages of support have been received. “Just a note to say thanks for all the comments re. our little planning difficulty,” Mitchell posted in response. “I have taken the post down now so we can focus forward. Have had a productive meeting with Teignbridge and will post updates as I have them.” 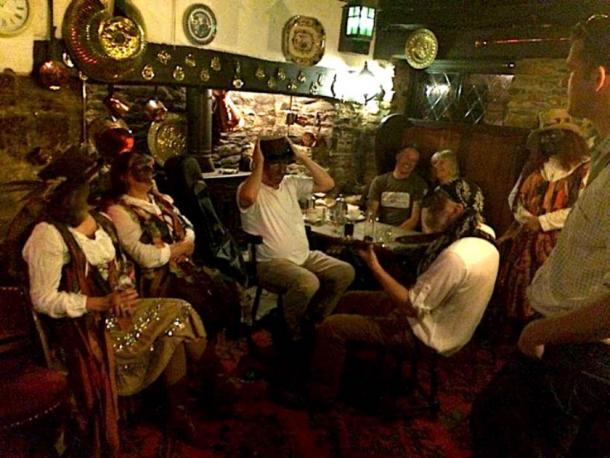 Inside the Inn. Photo by Old Church House Inn Facebook

Her original post declared: “Please help us to preserve rural pubs and take a stand!” It was removed after the conversation grew heated. Just goes to show how ancient history can still inflame passions today! And it’s the listed status of the building which is important to Mitchell, as well as the running of her business.

“If it closes it will rapidly deteriorate,” she said, quoted by Devon Live. “I do it because I love it and I wanted to bring a beautiful old building back to life but it has taken blood, sweat and tears”. 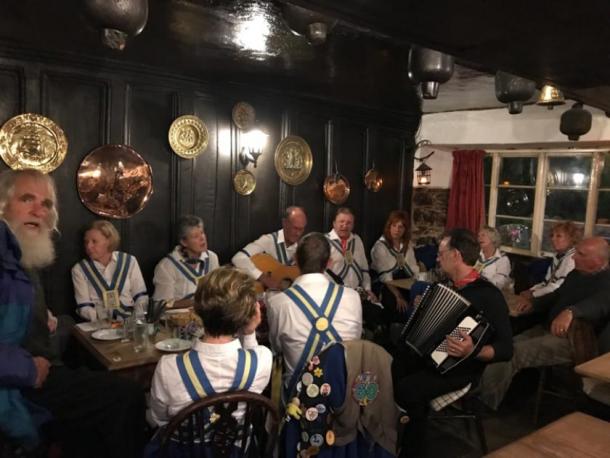 The Old Church House Inn is recognized as one of the country’s oldest drinking establishments. Built in 1240, it predates the Black Death and the fireplace is thought to be 8th century in origin. The oldest pub on record is in Nottingham, dating from 1189. It’s called Ye Olde Tripe to Jerusalem and is built into a wall from the medieval period. Talk about a name that’s difficult to say after a few pints!

As centuries passed, the Inn grew increasingly eclectic. “It has many interesting features,” writes Ghost-Story.co.uk, “including oak paneling and beams salvaged from Spanish ships that were part of the Spanish Armada. There is an admiral’s bunk from a Tudor man-of-war, and a sundial embedded in the floor.”

The site goes on to describe various supposedly supernatural encounters. These include a bar guest “waking in the early hours with a feeling of ‘something odd’”. Looking round the bar, where he’d been accommodated due to high demand, he “saw the seated figure of a monk. As he got up to take a closer look it seemed to dissolve into the wall behind it. Other guests have also glimpsed the apparition of the monk in the lounge next to the bar.”

Such spooky figures have come and gone from view over the years, giving the impression that the Inn’s frequenters are dead as well as alive. Some living patrons of the bar are the Beltane Border Morris Dancers, underlining the significance of the Inn as a community venue. This group are featured on the pub sign, recently completed.

Currently there is natural slate on the floor but this is over a layer of sand. A more permanent solution is in the hands of higher powers. In the meantime, Mitchell wants to offer the building to charities should time finally be called on this popular slice of local history.