The recent Australian wildfires have caused untold suffering of both humans and animals, but among all of the heartbreaking stories there is one piece of good news for Australia’s park system. The overgrown brush in the Budj Bim National Park and Cultural Landscape World Heritage Site in southwestern Victoria burned away enough to reveal additional waterways that were previously unknown.

Reported on CNN Travel, the park, also known as Mount Eccles National Park, is located at the site of Budj Bim, a five hundred and eighty-four foot extinct volcano and is the oldest and largest man made aquaculture system on earth. The wildfires in December revealed an eighty-two foot channel, and more sections of the waterway are being revealed.

Built by the Gunditjmara, the original people of Australia, over six and a half thousand years ago they pre-date the Egyptian pyramids by several millennia. It is believed that at one time the Gunditjmara people numbered in the thousands until the early 1800s when the British began arriving. 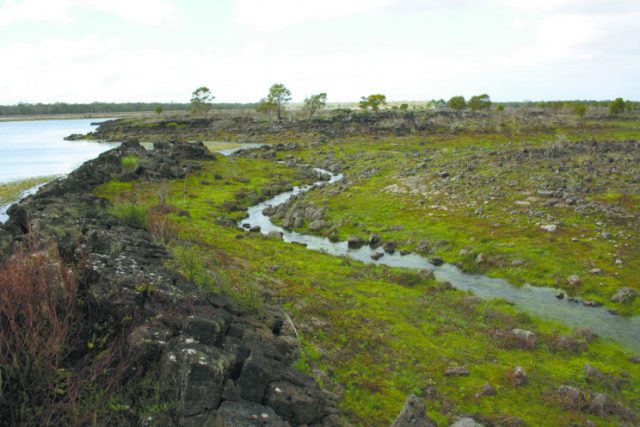 The system was made in the volcano’s hardened lava flows and consists of small dams, or weirs, as well as long channels, ponds and larger dams to contain and harvest kooyang, an Australian eel, during their spring migration period which provided the basis for their economy for thousands of years according to UNESCO. 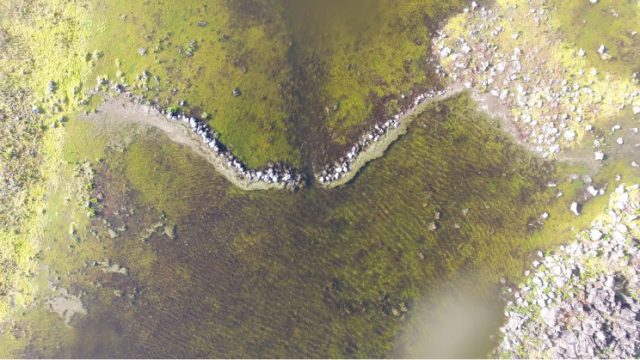 The Gunditjmara rearranged the volcanic rock to manipulate the flow of water in a way which would benefit both themselves and the environment. The engineering knowledge used to create the system has been passed down through the eras by the oral stories of the Gunditjmara who still control much of the land and maintain the ancient practices used by their ancestors. 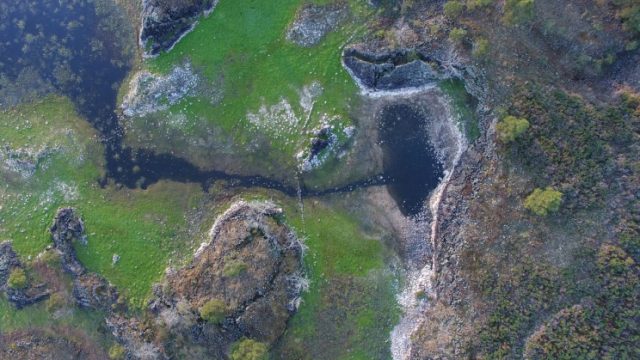 The park itself is jointly owned by Gunditj Mirring Traditional Owners Aboriginal Corporation and Parks Victoria. Because of the strictly maintained Aboriginal cultural values, Budj Bim was the one thousand one hundred and first site placed on the UNESCO World Heritage List in July of 2019. 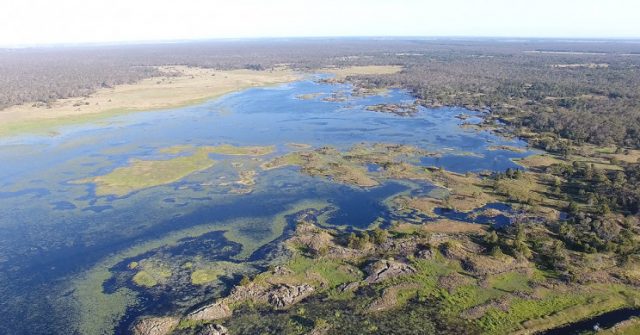 The nomination document for Budj Bim can be downloaded at UNESCO’s Budj Bim page, and contains detailed information and history about this site. The criteria for its addition to the World Heritage List includes the fact that this man-made waterway is an exceptional example of human ingenuity, culture, and positive interaction with the environment. This astute management of their surroundings is what allowed the Gunditjmara to survive and maintain their culture for millenia.

The Gunditjmara Aboriginal Cooperative Ltd. is a non-profit Aboriginal Community Controlled Organization originated by volunteers from the Aboriginal community of the Victorian South West region in 1979. According to their website, the Gunditjmara Nation describes itself as “…traditional owners of an area extending from Portland in the south, around the coast to Port Fairy, Warrnambool and inland to Camperdown. Gunditjmara people are traditionally river, and Lake People, with Framlingham Forrest, Lake Condah and the surrounding river systems being of great importance to us both economically and spiritually.”

The park has traditionally welcomed visitors who can hike among the lava rock along canals and in and out of caves created by the lava flows. A walk around Lake Surprise, a crater lake, leads down into the crater of the volcano and back up among Manna Gum trees that usually host koala bears.

Unfortunately, because of the Australian wildfires, the Budj Bim National Park is closed. A lightning strike in December 2019 started the fires that claimed over fifteen thousand acres of dry land, but according to Sarah Jane Bell, an Australian news reporter on Twitter, Denis Rose of the Traditional Owners has stated that they believe the aquaculture system has survived mainly intact although they still had not been able to survey the entire site at the time of this writing.

To preserve cultural heritage sites, firefighters have used low-impact firefighting techniques to combat the Australian wildfires resulting in containment to protect the landscape and waterways in that area.