Mysterious Petroglyph of a Squatting ‘Mantis Man’ Discovered in Iran

A petroglyph that is seemingly half mantis half man has been discovered in Iran. From the very beginning, humans have used art as a way of expressing their state of mind, to decorate their homes and places of worship, and to communicate. Long before written history, people were carving geometric shapes and images of themselves along with the plants and creatures that surrounded them.

Often, they were action images of hunting or sailing in boats. One particularly odd petroglyph of the “squatting mantis man” has been discovered in Sarkubeh Village in the Teymareh Region of Markazi Province in Iran, and looks like it is part man, part praying mantis.

The image is about five and a half inches long and just over four inches at its widest point. It has six legs, with the top two unmistakably the legs of a mantis, as well as a triangular head. It was carved into the rock using a chisel and hammer method, but the team is unable to precisely date it because of Iran’s sanctions regarding the radioactive substances needed for carbon data measuring.

It is estimated to be between four to forty thousand years old; but, according to Ancient Origins, another rock art site in the Yafteh cave at the foot of Yafteh Mountain in the Zagros Mountains in western Zagros, Lorestan Province of western Iran has art that was able to be dated to forty thousand years ago because of the existence of bones and charcoal that could be tested off site. It is possible they are from the same time. 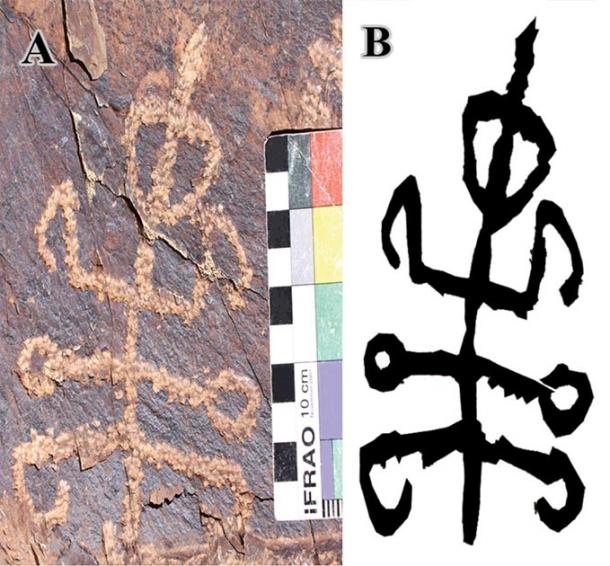 According to Journal of Orthoptera Research, the home of the research paper submitted by the entomologists and archaeologists who studied the figure in 2017 and 2018 including Mohammad Naserifard, an Iranian freelance archaeologist and rock art specialist, Mandana Hazrati of the Avaye Dornaye Khakestari Institute, Mahmood Kolnegari of Iran’s Islamic Azad University of Arak, and Matan Shelomi of the National Taiwan University, the circles at the end of the middle two legs resemble a stick figure that has been found in rock art all over the world including Arizona and New Mexico in the southwest United States, the Tyrolian Alps, Italy, Spain, the United Arab Emirates, Armenia, Guyana, and Venezuela 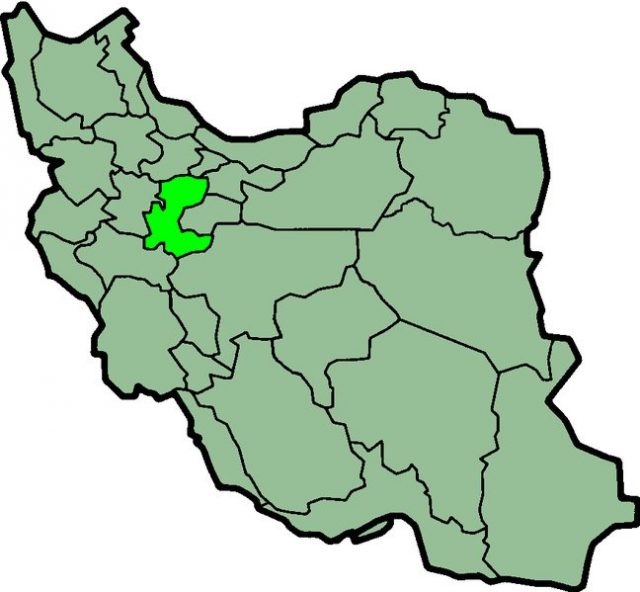 Location of Markazi province in Iran. Image by Morwan CC by 3.0

Ancient Origins quotes Dr. Anthony L. Peratt, the former Scientific Advisor to the United States Department of Energy from 1995 to 1999, and co-author of the 2003 paper The Origin of Petroglyphs — Recordings of a catastrophic aurora in human prehistory?, as saying the image represents a “plasma discharge [similar to the Northern Lights] seen by humans from Australia to America, leading to the creation of the six-limbed ‘Squatting Man’.” 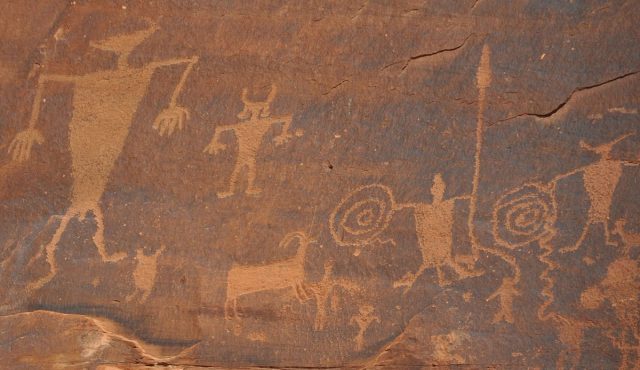 He believes that many of the witnesses of the celestial event went home and drew pictures of what they had seen. An archeological site in Zipaquirá in the Cundinamarca department of Colombia in South America, El Abra, has been studied since the 1960s, and the “Squatting Man” appears there in petroglyphs that date back to before 8,000 years ago as that is when scientists have determined the area was abandoned by the hunter gatherer tribes that moved through the area.

At Teymareh the team investigated what types of mantis have been discovered in Iran and found that three types, Bolivaria brachyptera, Empusa pennicornis, and Holaptilon brevipugilis were native to the region. While it is unusual to find depictions of arthropods, we know from the research paper that they were respected in Mesopotamia and are featured in the Egyptian Book of the Dead as an abyt-bird which guides the dead to the underworld.

No one can say for sure why the mantis is such a frequently used image from ancient times; but, because of their curious behavior, hunting and fighting skills, and ability to camouflage themselves, it is believed they may have been symbols of mysticism and the supernatural.