From Dwarf To Giant: The Case Of Adam Rainer

Adam Rainer was the only person in human history to have been both a dwarf and a giant in his lifetime. In the span of 10 years, Rainer grew from being less than 5 feet to being well over 7 feet tall.

Adam Rainer was born in 1899 in the Austrian town of Graz. His parents were said to be of average stature, and nothing indicated that Rainer would be anything out of the ordinary. However, by the time Rainer had reached his teenage years it was clear that he was shorter than the other boys his age. 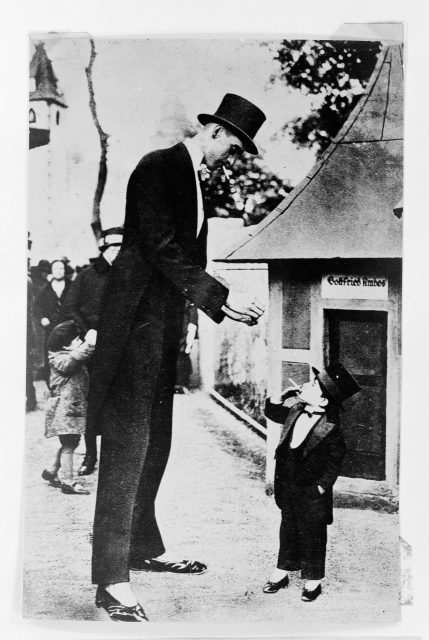 In 1917, Rainer attempted to join the Austro-Hungarian army to fight in the First World War, but was denied on the basis of his height. The first time Rainer tried to enlist in the army, he stood 4 foot 6 inches.

In 1918 at age 19, Rainer tried to once again enlist in the army after growing two full inches. At this time Rainer stood 4 foot 8 inches tall, but he was once again denied because of his height. Rainer was legally considered to be a dwarf, being two inches shorter than the defining cutoff (4 foot 10 inches).

Interestingly enough, although Rainer was very short, physicians noted he had extremely large hands and feet for his small size. The first time Rainer had tried to enlist in the army, doctors noted that he wore a U.S. men’s size 10 shoe (EU 43). Three years later his foot size had doubled to U.S. size 20 (EU 50), even though he had not grown much. 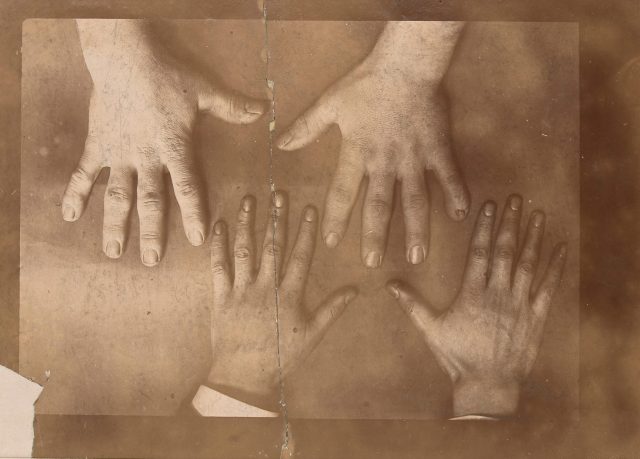 At some point in his 20s, Rainer began to grow very tall very quickly. By Rainer’s 32nd birthday, he stood just under 7’2″.

In the early 1930s, Rainer was examined by Austrian physicians Dr. A. Mandl and Dr. F. Windholz, who diagnosed him with acromegaly — a rare condition where the body produces too much growth hormone.

Rainer’s medical team determined that acromegaly and his sudden growth spurt had been caused by a tumor growing on his pituitary gland. The tumor was successfully removed and his doctors hoped that without the tumor, Reiner would stop growing.

Although the removal of the tumor greatly slowed down the rate that Reiner grew at, he was nonetheless still getting taller. A few months after his surgery, Reiner’s doctors measured him and found that his standing height remained the same, but his spinal curvature indicated that he was still growing.

As Reiner continued to grow post-surgery, his health continued to deteriorate. He was unable to stand on his own, and eventually lost both his eyesight and hearing. He passed away in 1950 at age 51, standing 7 feet 8 inches tall.

Although Adam Reiner was the first widely known case of acromegaly, he was not the only person in history to live with it. This disorder affects 50 to 70 million people each year worldwide.

Some of the most common symptoms associated with acromegaly are enlarged hands and feet. This explains why medical officers were so perplexed with the size of Reiner’s hands and feet in comparison to his small body. Another symptom of acromegaly is a change in facial shape. Often people who have acromegaly experience the enlarging of their facial features, including their facial bones, teeth, nose, tongue, and lips.

Although Adam Reiner has solidified his position in history as the only individual to be deemed both a dwarf and a giant, other notable people have lived with acromegaly. Actor and wrestler André the Giant, actor Carel Struycken (best known for his role as Lurch in The Addams Family), and actor Richard Kiel (best known for his role as the villain Jaws in two James Bond movies) all lived with acromegaly. 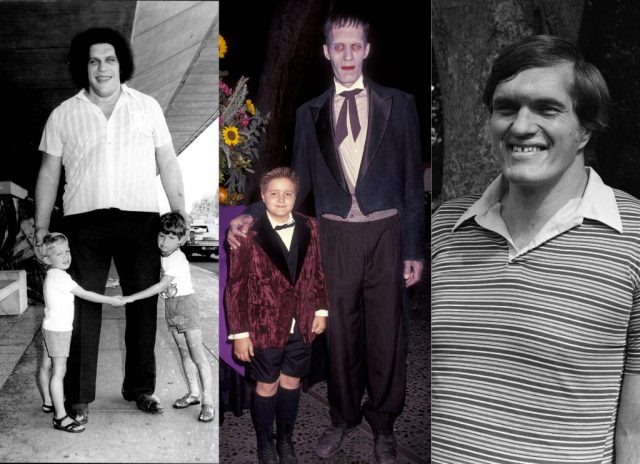 From left to right- André the Giant, Carel Struycken, and Richard Kiel. All had acromegaly.
(Photo Credit: Gettyimages)

More from us: Horace Fletcher AKA ‘The Great Masticator’ Gave The World Something To Chew On

Adam Rainer continues to be the only person in history who has legally been deemed a dwarf and a giant. There are currently no other individuals with this double classification.