If the Jurassic Park movies have taught us anything about dinosaurs, it’s that bigger might not be better, but it’s certainly much cooler. This is certainly the case for paleontologists in Australia, where the remains of a dinosaur discovered in 2007 have been officially classified as belonging to the largest dinosaur on the continent.

The large dinosaur is nicknamed “Cooper”

When the skeleton was first found on farmland in Eromanga, south-west Queensland, scientists were unable to immediately identify it. While they carried out tests and comparisons with other known fossils, the researchers nicknamed the creature “Cooper” in honor of the fact that it had been found near Cooper Creek. 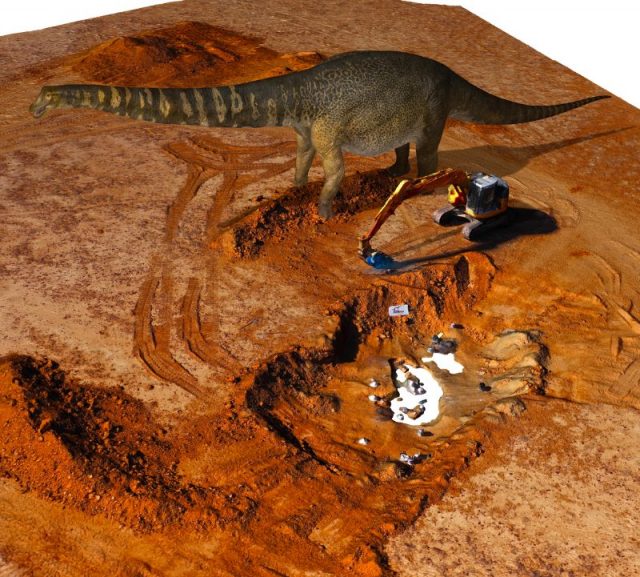 The farm was owned by Robyn and Stuart Mackenzie. Cooper’s bones were actually uncovered by their 14-year-old son, Sandy, in 2004. After the remains came to light, the Mackenzies raised funds and created the Eromanga Natural History Museum to excavate, remove, and examine the bones.

The excavation was carried out in conjunction with the Queensland Museum, and the process took many years not only because the skeleton had been found in a remote location, but also because the bones were in quite a fragile condition.

After a plethora of tests and comparisons, the researchers announced in May 2021 that the remains belonged to Australotitan cooperensis, nicknamed The Southern Titan. It took 17 years to reach this conclusion because Australotitan is actually a unique species, and the paleontologists wanted to be absolutely sure that this was the case before announcing it to the world. 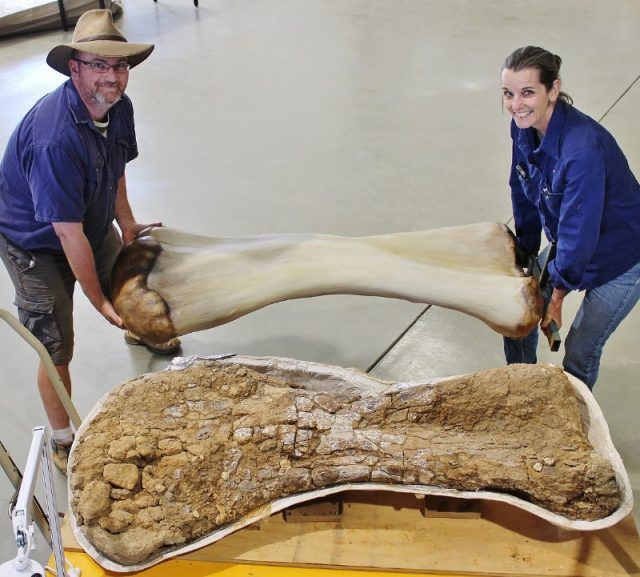 Australotitan is a sauropod that lived almost 100 million years ago. It would have measured about 5–6.5 meters (16–21 feet) tall and 25–30 meters (82–98 feet) long with a weight of around 70 tons. This would make the dinosaur as long as a basketball court and as tall as a two-story building.

To confirm that Cooper was indeed an Australotitan, scientists used new technology to create 3D scans of the bones so that they could be compared to other dinosaur bones held in other museums, sometimes thousands of kilometers away.

When speaking about the research, Dr. Hocknull from Queensland Museum said: “The 3-D scans we created allowed me to carry around 1000s of kilos of dinosaur bones in a 7kg laptop.”

While Australotitan might be closely related to other Australian sauropods, this new dinosaur is more on a scale of those found in South America. It has generated huge excitement in Australia because not only is Australotitan the largest dinosaur to have roamed the continent, but it can also claim to be one of the top five largest dinosaurs in the world by length and mass.

The Mackenzies had suspected that there might be dinosaur remains on their land for some time. But none of them could have anticipated just how impressive and important Sandy’s find would become. 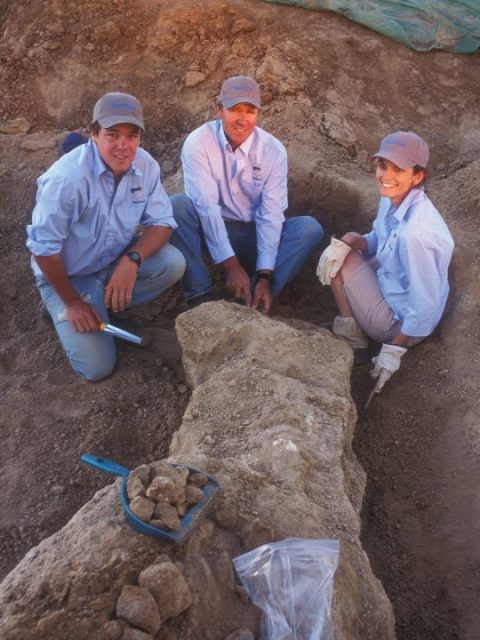 Robyn Mackenzie, now General Manager of Eromanga Natural History Museum, told Australian media that “the discovery of Australia’s largest dinosaur was totally unexpected and, as it has turned out, was just the tip of the iceberg of numerous significant dinosaur discoveries that has come since and continue to be made.”

She added that “these dinosaur discoveries have opened a whole new world, not just to our family, but to people throughout Australia. It has been the most enriching journey.”

The find was pretty surprising because most of Australia’s fossils are uncovered in mountainous terrains or those where the earth around the fossils easily erodes. In contrast, Queensland’s outback, where Cooper was found, consists primarily of flat plains. 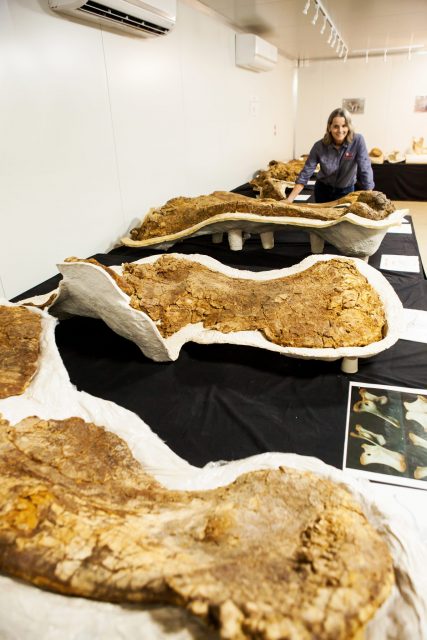 Because of the skeleton’s unusual location, the Mackenzies set up a local natural history society to raise funds for systematic digs in the area. As the discoveries in the area grew, the Outback Gondwana Foundation Limited was created as a credible public body to raise funds and oversee the processing of the fossils. The next step was to establish the Eromanga Natural History Museum, which now holds internationally significant fossil collections.

In a press release announcing the discovery of Australotitan, the Eromanga Natural History Museum added that other dinosaur bones have been discovered over the past 12 years. In fact, the dig team had just uncovered dozens of dinosaur bones from another new Eromanga dinosaur. The procedure to determine whether this might be yet another new species has already begun.

Dr. Jim Thompson, Queensland Museum Network’s chief executive officer, said: “Australia is one of the last frontiers for dinosaur discovery and Queensland is quickly cementing itself as the paleo-capital of the nation — there is still plenty more to discover.”

« Canoe Found In Florida Is 1,000 Years Old And Nearly Fell Apart
5 Movie Set Curses Guaranteed To Give You Nightmares »