How much would you pay for a slice of Prince Charles and Lady Diana Spencer’s wedding cake? Over two and a half thousand dollars (or £1,850)? That’s exactly what happened at a British auction this week.

Believe it or not, pieces of edible royal history still exist. The tasty topping, made of icing and resting on marzipan, is over four decades old.

Let them not eat cake

Dominic Winter Auctioneers hosted the sale, which received bids from across the globe. What started at £300 ($414) soon mushroomed, to the surprise of organizers. The expected sales figure was reportedly £500 ($690).

The auction company described the lot as “A large slice of cake”, which is surely an understatement. It wouldn’t just fill a hole in your tummy, it can burn one in your bank account!

Charles and Diana had a tooth-hurting total of 23 cakes created for the happy occasion. The Guardian writes that this example features a “detailed, sugared design of the royal coat of arms in gold, red, blue and silver”. 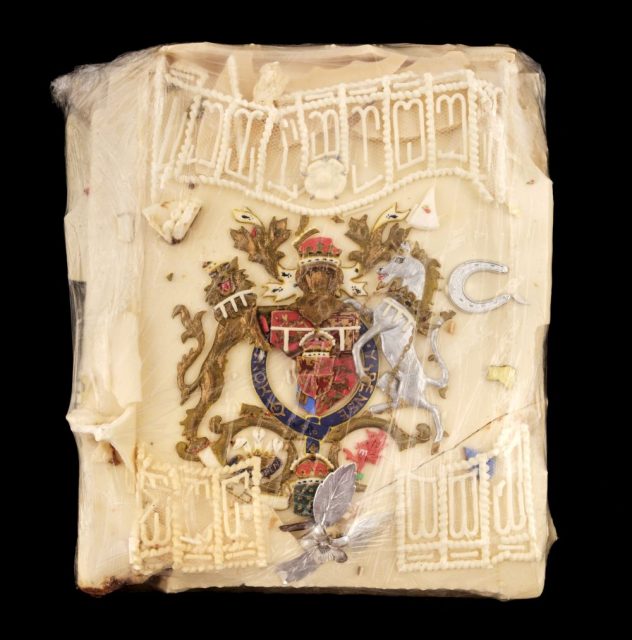 The lucky winner was Gerry Layton from Leeds, Yorkshire. He’s referred to as an “ardent royalist”.

Up till 2008, the slice was kept by Moyra Smith, who served the Queen Mother in her household. She placed it in a tin and “preserved the topping with cling film”, according to BBC News. 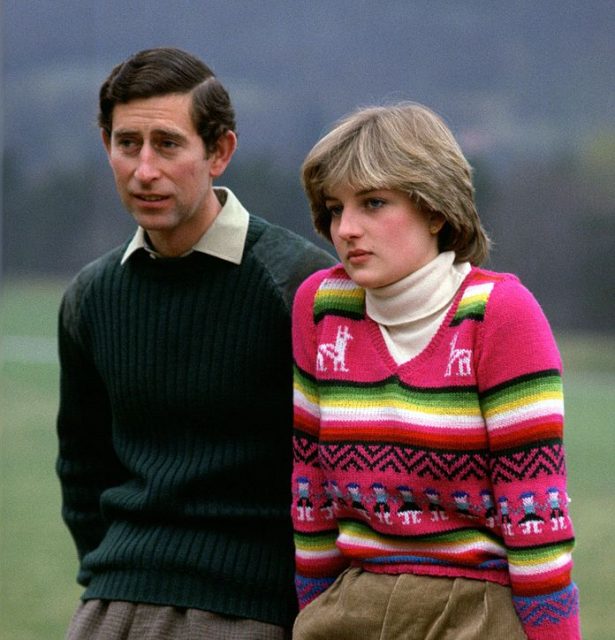 The couple was married on July 29th, 1981. St Paul’s Cathedral in London became the focus of the world’s media.

Marriage was reportedly a tough idea to swallow for both Charles and Diana. Their separation and divorce happened in the 1990s. Tragically, Princess Diana was killed in a car crash in Paris, 1997.

The relationship received fresh attention through Netflix’s The Crown. Josh O’Connor played Charles and Emma Corrin Diana in a fictionalized take on the union. While receiving critical praise and awards recognition, the show was also criticized for seeming intrusive and inappropriate. 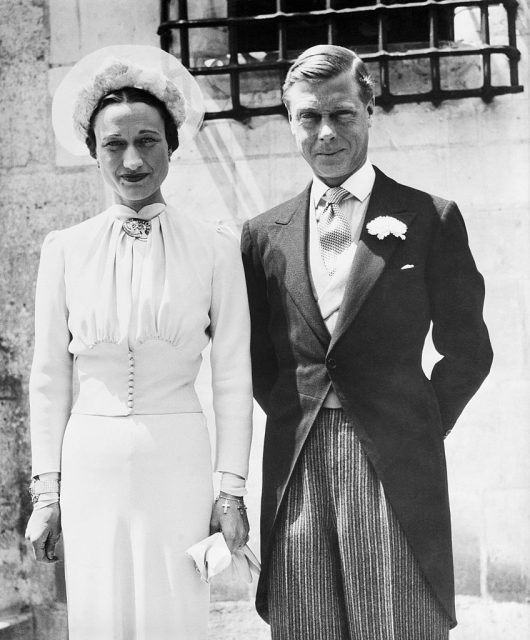 This was the first portrait of the Duke and Duchess of Windsor after their marriage at the Chateau De Cande, in Monts, France, in June 1937 (Photo Credit: Bettmann / Contributor)

Two thousand dollars plus is a lot of money to spend on cake, way past its prime or otherwise. Yet the royal connection can produce epic financial results.

Guinness reveals that the most expensive slice of wedding cake ever belonged to the Duke and Duchess of Windsor. They tied the knot in 1937. $29,900 was paid for the item, auctioned at Sotheby’s New York in 1998.

It isn’t the world’s most expensive cake, though 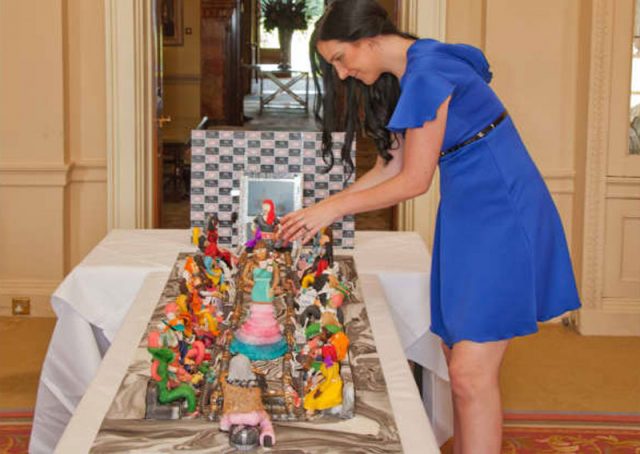 For a fresher story about a pricey piece of cake, look no further than designer Debbie Wingham’s creation from 2015. It was bought for a birthday party. Though the cost might give some indigestion… $75 million.

Why so expensive? For starters, the cake was of a substantial size. CNBC reports that it measured no less than 6 feet. Presenting a fashion show scene, it was pretty spectacular. But millions of dollars’ worth of spectacular…?

Of course there was far more to the cake than just icing and artistic talent. CNBC notes the inclusion of “4,000 diamonds, including a 5.2-carat pink diamond, a 6.4-carat yellow diamond and 15 five-carat white diamonds.”

Collectively they add up to “more than $45 million.” So that’s well on the way to being a truly indulgent dessert.

From the Queen Mother’s pantry to God’s Own Country 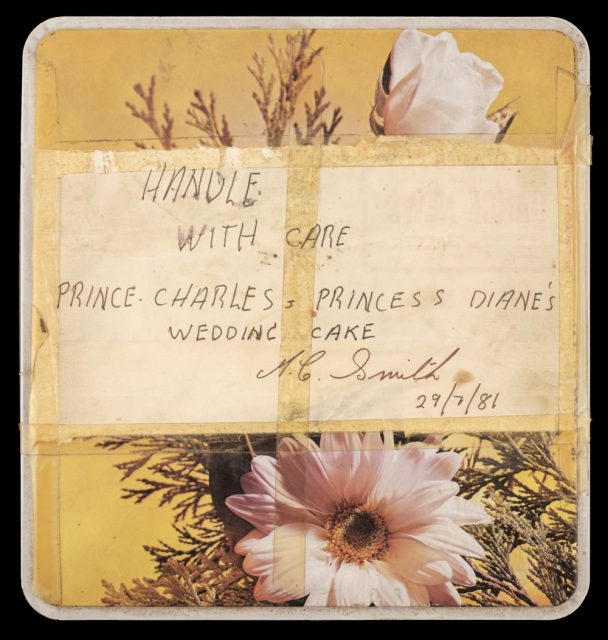 More from us: The wild life of Princess Margaret

For now, Charles and Diana’s cake slice is going to Gerry Layton. BBC News writes that the topping will be sold off for charity upon his death.

Layton says he’ll “have to think of a way to stop myself from trying to eat it though.” Should he attempt this, a funeral might be sooner than he thinks!

« Hygiene Noon: Cowboys And Cleanliness Were Not Good Bedfellows
Una Stubbs: Much-Loved Star Of ‘Worzel Gummidge’ And ‘Sherlock’ Dies At 84 »