We’re Lovin’ These Unique McDonald’s From Around The World

Although McDonald’s originated as an American fast-food chain, it quickly expanded to include locations across the globe. Although the food chain offers a pretty standardized menu worldwide, many of the locations offer a unique experience for hungry customers. Here, we take a look at the most unique McDonald’s around the world. 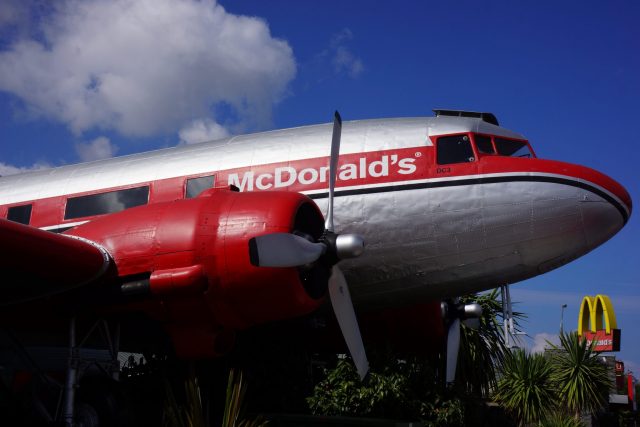 Starting off our list is the McDonald’s located in Taupo, New Zealand. Part of this McDonald’s is located in a decommissioned DC3 plane. Guests can eat inside the plane and view the cockpit as well! The plane was first built in California in 1943 and worked as a passenger plane in Australia until 1961. The plane then was used for the New Zealand Post Office until it was retired in 1984. 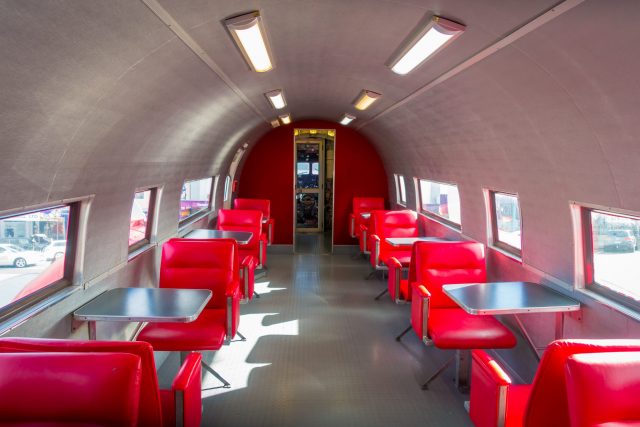 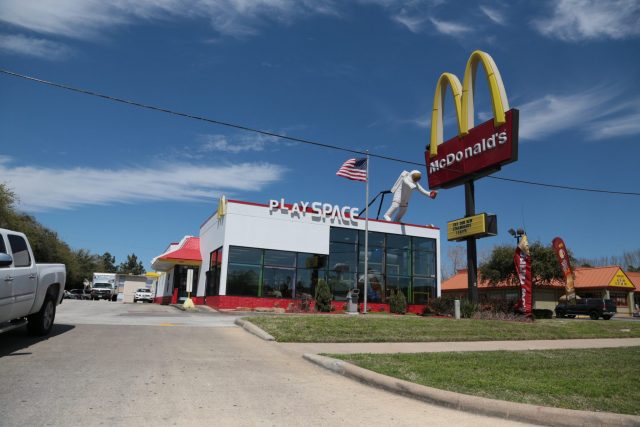 Houston, Texas features a space-themed McDonald’s to honor their next-door neighbor, the NASA Space Center. The restaurant also features a huge astronaut holding a large fries on the roof of the restaurant. The space theme continues in the interior of the restaurant, as all the McDonald’s characters are wearing space suits and posing against a starry background. 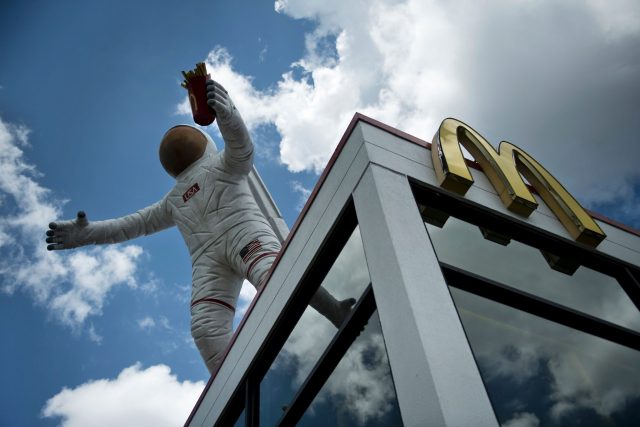 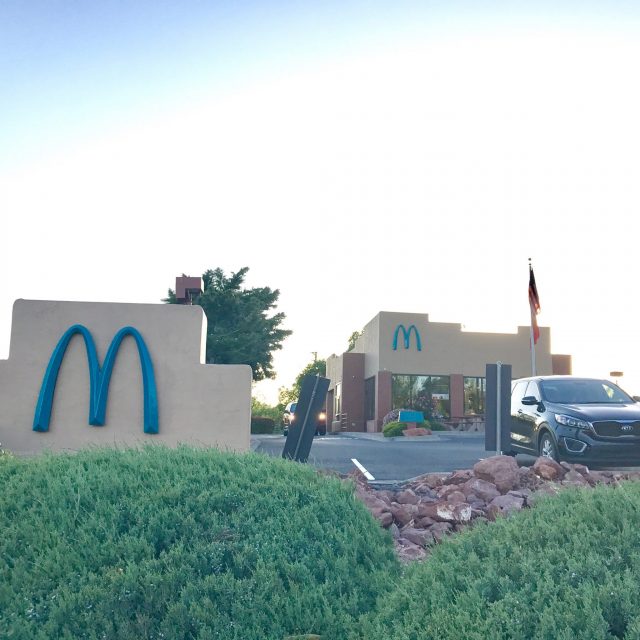 “The Golden Arches” is a term that has become synonymous with McDonald’s. However, the McDonald’s in Sedona, Arizona, opted not to go with Golden Arches, instead opting for a turquoise-colored “M.” When the Sedona McDonald’s was first built in 1993, city officials worried that a yellow-colored “M” would clash with the natural, red-rock, mountainous landscape. As a result, the Golden Arches were changed to turquoise to match the city’s natural decor. 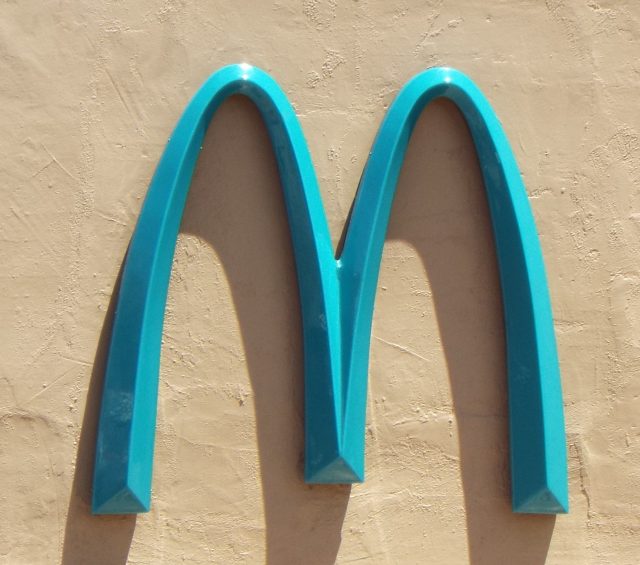 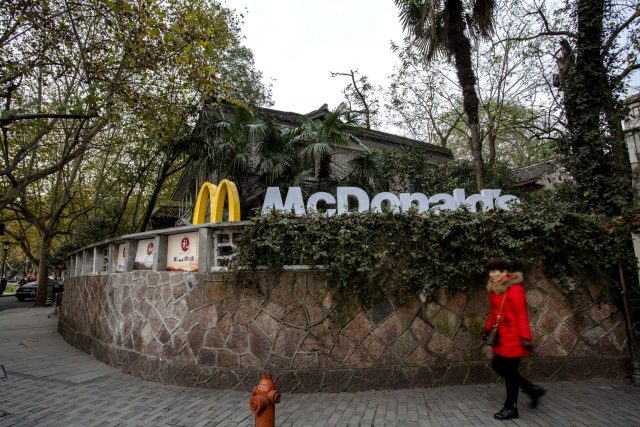 This McDonald’s located in Hangzhou, China, might be the most controversial McDonald’s location in the world. The Hangzhou McDonald’s is located near the city’s famous West Lake, and is situated in a villa that once housed former Taiwan leader Chiang Ching-Kuo. The site was designated a cultural heritage site by Hangzhou officials in 2003, and there were initial hopes of it becoming a museum. 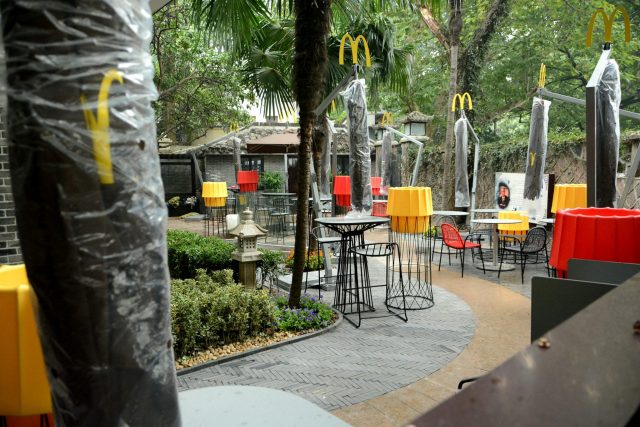 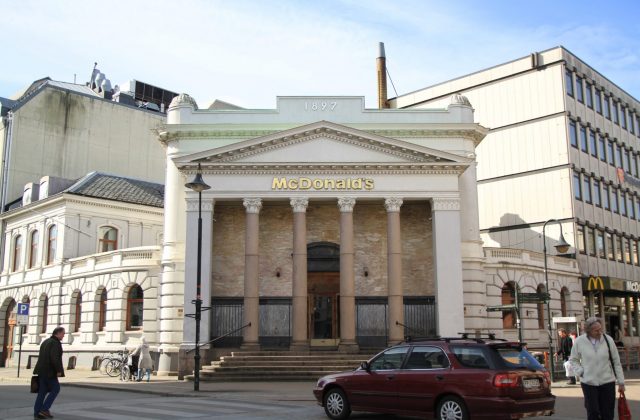 The McDonald’s located in Kristiansand, Norway looks like it could be located in a City Hall building. In reality, the building that now houses the McDonald’s used to be a bank, and interestingly enough, the original main doors are still intact. 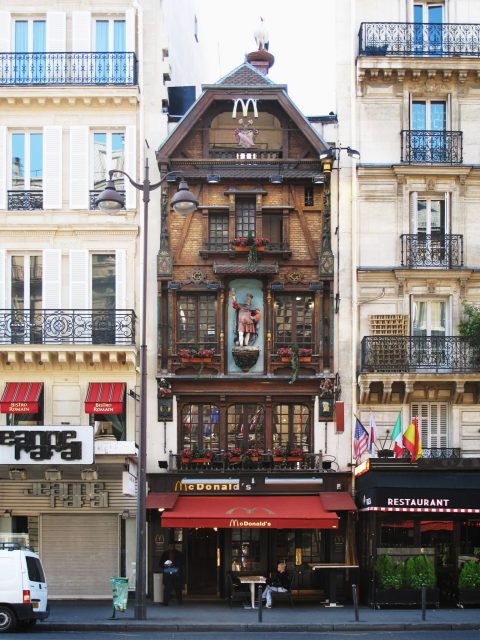 Since 1998, a Parisian McDonald’s has been occupying a building that was originally built in 1892. Located at 119 Rue Saint-Lazare, what is now a McDonald’s used to be a brasserie. In 1997, various aspects of the building were registered as a Historic Monument. 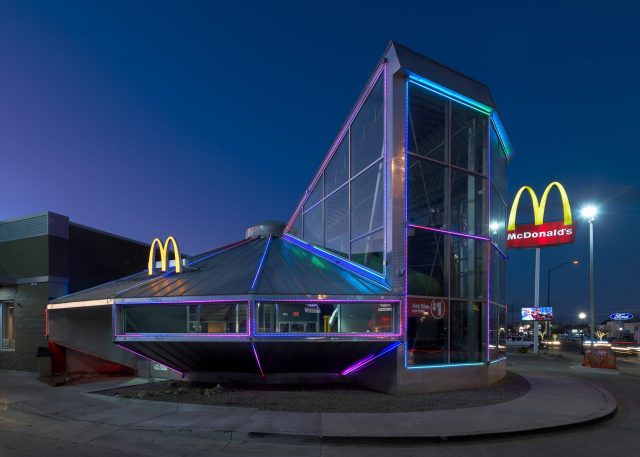 Like Houston’s McDonald’s, the McDonald’s located in Roswell, New Mexico fully leans into a space theme. However, unlike Houston that has a NASA base in their backyard, the Roswell McDonald’s leans into the space theme because of the supposed extraterrestrial visit in 1947. The restaurant itself is shaped like a flying saucer, and features neon lights on the outside. The location is complete with the McDonald’s mascots dressed up in space suits. 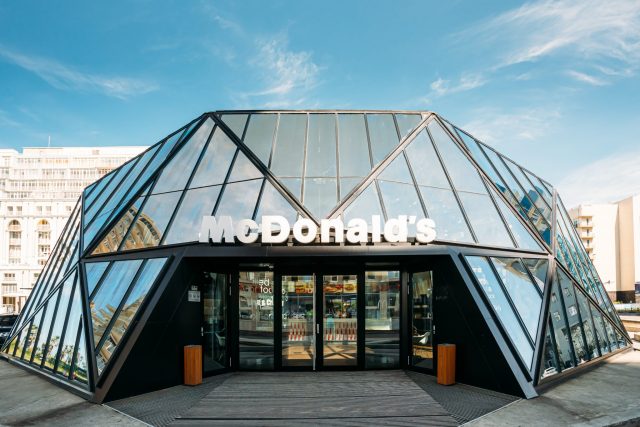 This McDonald’s located in Batumi, Georgia puts a modern twist on a classic fast-food restaurant. Georgian architect Giorgi Khmaladze designed this McDonald’s to be a haven from the busy world surrounding it. This McDonald’s features dining areas that overlook the water, as well as a patio area that is covered in diverse vegetation. 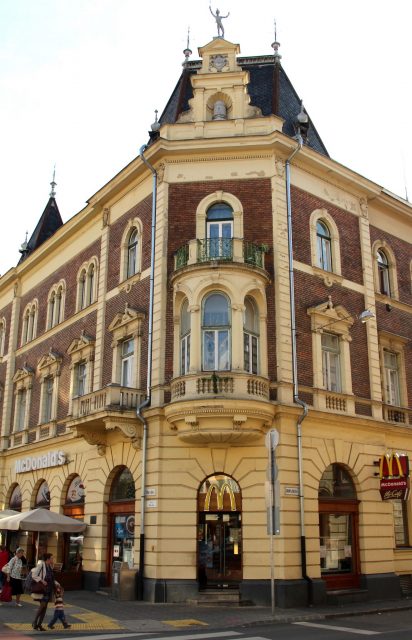 This McDonald’s in Debrecen, Hungary was built inside a beautiful, historic-looking building. 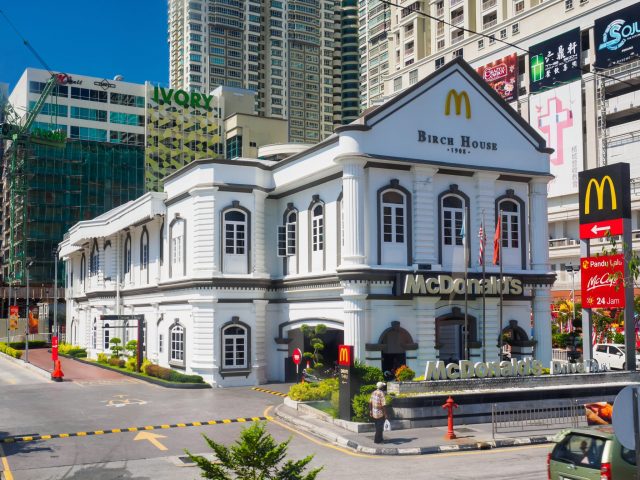 More from us: McDonald’s Opens Restaurant That Includes an Ancient Roman Road

The Birch House, located in George Town, Penang, Malaysia, was originally used as a tin smelting plant called Eastern Smelting in 1908. Today, the McDonald’s that is in the Birch House is two stories high, open 24-hours a day, and has a modern-day drive-through attached to it.