Everybody loves an English bad guy, and seeing their comeuppance at the end can be really satisfying. But it’s become a joke that Sean Bean – a favorite Hollywood villain – ends up dying in pretty much any movie he’s in.

He has been crushed in a satellite dish that he was going to use to blow up London (Goldeneye), impaled on a spike on a boat which then blows up (Patriot Games), pushed over a cliff by a herd of cows (The Field), and torn apart by being tied to four horses (Black Death).

SOS – Save Our Sean! 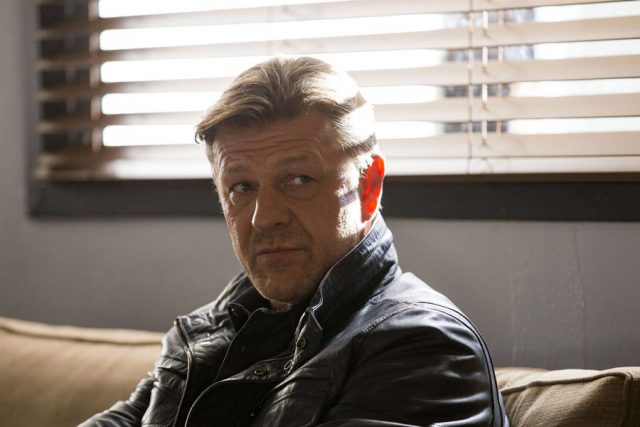 Back in 2013, the hashtag #DontKillSeanBean began trending on Twitter. It was launched by the production team behind Legends, in which Sean was starring at the time, after fans complained their favorite actor had been killed more than 20 times on screen and they wanted to see him live.

Sean Bean himself even joined in. Tricia Melton, a marketing executive for the broadcaster, told Daily Mail: “Sean laughed out loud when we first talked to him about it and is 100 percent behind not getting killed in Legends. He’s got a great sense of humour and is enjoying the fun the fans are having.”

Plenty of other stars got behind the campaign at the 2014 San Diego Comic-Con. 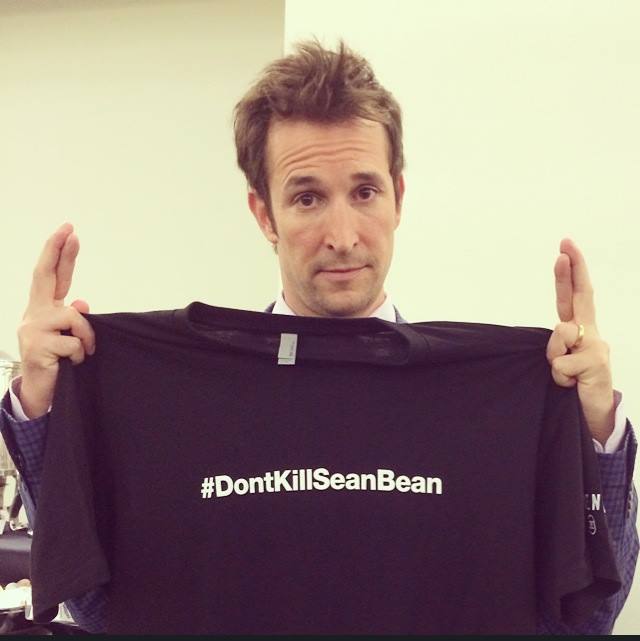 In 2020, the website Medium.com put together a list of films where Sean Bean doesn’t die. We take a look at each of them, as well as one cited by Sean himself as being an early film where he makes it all the way to the end credits. 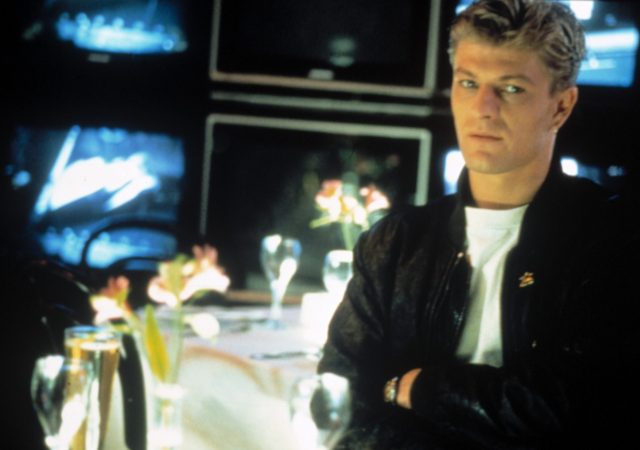 In a video for Wired called “Sean Bean Answers the Web’s Most Searched Questions,” Sean offered up the 1988 film Stormy Monday as being not only one of his first film roles but one movie in which he didn’t die. “I nearly died, but I didn’t,” he told the interviewers.

He describes himself as being “second in the ‘dying league’ behind Christopher Lee.”

In this eighties film, Sean takes the role of Brendan, who works as a janitor for a nightclub in Newcastle and helps out the owner. When trouble comes calling, Brendan is on hand to help out. 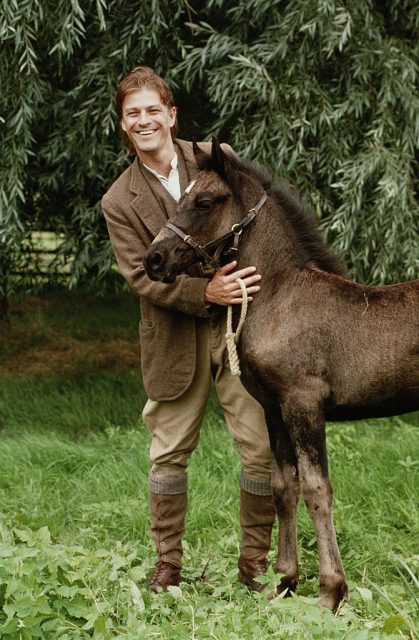 Far from being the villain in this movie, Sean Bean stars as the gentle Farmer Grey, Black Beauty’s first master who uses kindness to give the horse his first training. 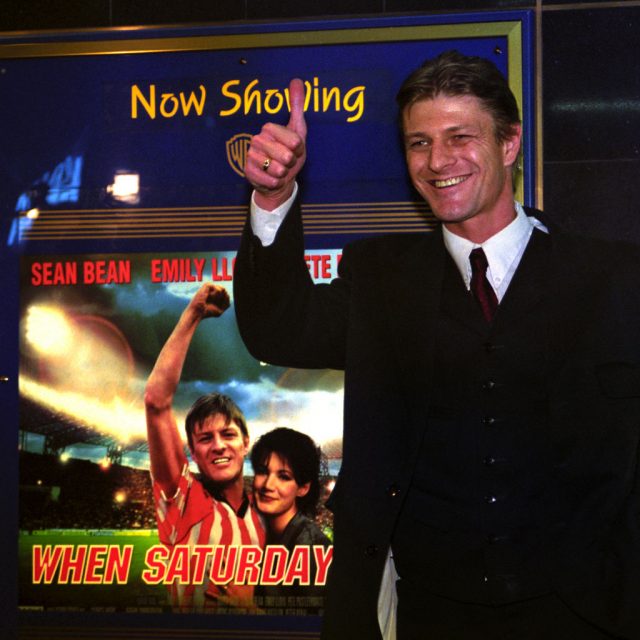 It seems apt that a film in which Sean Bean made it all the way to the end was a movie about his favorite football team, Sheffield United. Sean is Jimmy Muir, a brewery worker who is spotted by a football manager and makes his way through the league to play for Sheffield United. 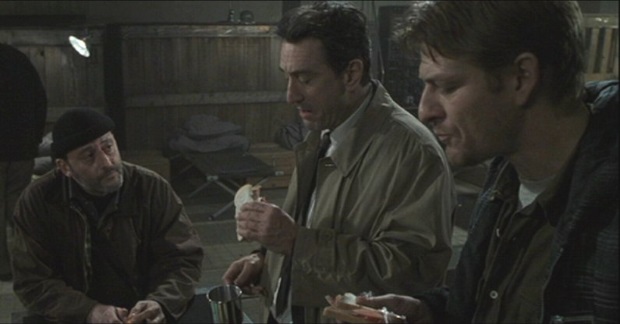 In this film, Sean Bean plays Spence, one of a team of former Special Forces soldiers and intelligence officers recruited by Natascha McElhone’s character for a special mission.

Although a total of 80 automobiles were destroyed during filming, Sean Bean managed to make it all the way to the end. 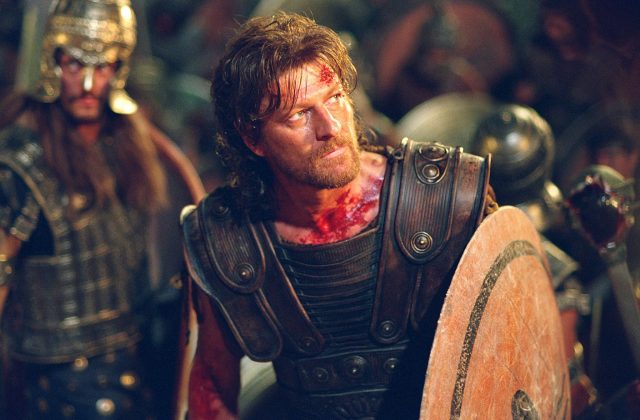 2004 was a good year for Sean Bean’s longevity as he appeared and survived in two big films.

In Troy, he starred as Odysseus opposite Brad Pitt’s Achilles. Anyone familiar with Greek mythology will know that it was Hollywood hunk Brad Pitt who didn’t survive while Odysseus escaped the battle that proved so fatal for so many.

Sadly, fans who were hoping that there might be a follow-up movie based on Odysseus’s wily adventures on his way home were disappointed. 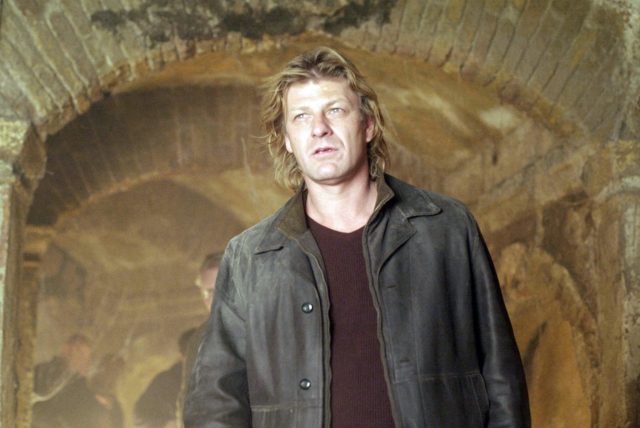 In an affectionate nod to Sean Bean’s love for Sheffield United, when he’s writing out a secret message, at the top of the page is a symbol: two crossed swords with a circle between them. This is Sheffield United’s logo, as the team is known as “the Blades” in reference to the strong history of steel within Sheffield. 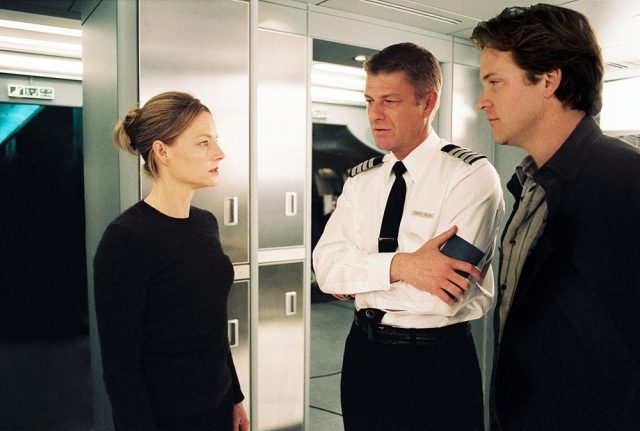 Jodie Foster plays a mother who is frantic and confused when her daughter vanishes from a plane when they’re flying at 30,000 feet. No one on board will admit she was ever on the plane. In this film, Sean Bean plays Captain Rich.

The role must have proved challenging for Sean, who in real life is terrified of flying and will only do it when absolutely necessary. 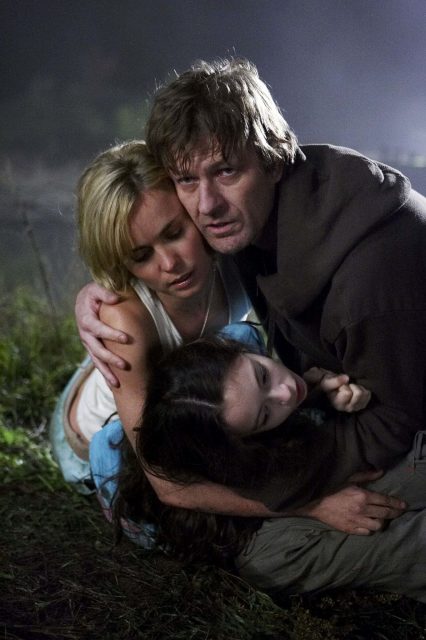 Starring in a horror movie is a sure way to meet an unpleasant on-screen end. But Sean Bean not only made it to the end of Silent Hill, he was around for the sequel, too.

When Rose da Silva (Radha Mitchell) takes her daughter Sharon (Jodelle Ferland) to Silent Hill to see if they can get to the bottom of why Rose wakes up screaming the name, Chris da Silva (Sean Bean) embarks on a race against time to track down his wife and child.

While the first film ends with him being parted from them because of what happened to them in Silent Hill, he is reunited with his family in the sequel. 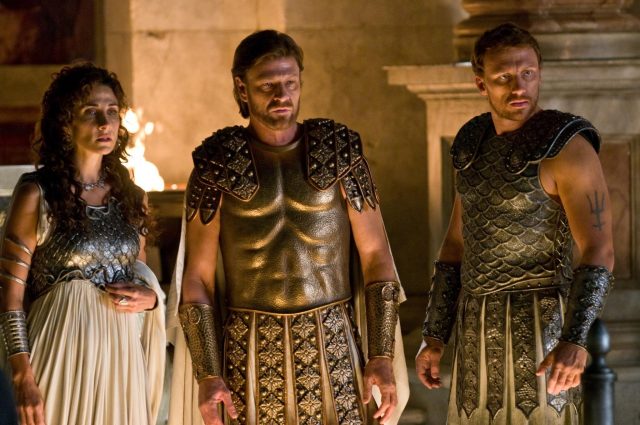 For the Percy Jackson film, Sean is back on the screen with Pierce Brosnan, who played James Bond when Sean was cast as the villain Alec Trevelyan.

You can be pretty sure that the tables have turned when Sean is cast as Zeus, lord and father of the gods. You can hardly get more powerful than that, plus history is on his side here, as Zeus was (mostly) a good guy and didn’t die in the original myths. 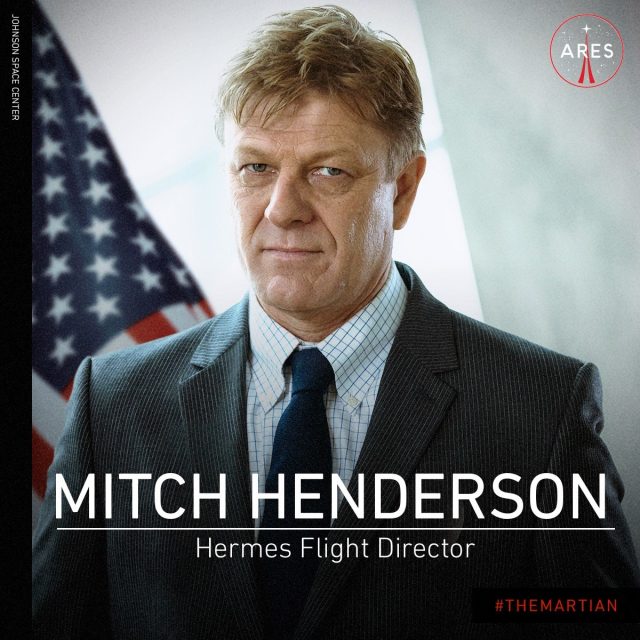 While Matt Damon’s Mark Watney is trying to survive against the odds on Mars, Sean Bean’s character, Mitch Henderson, is safe at home on Earth, trying to coordinate his rescue.

Sean’s character has a small but pivotal role in the film, as Henderson disobeys direct orders and informs the crew that Watney is still alive. When they learn that, the crew members are adamant that they will return to help rescue him.

The film contains a small nod to Sean’s previous role as Boromir. At one point, a secret meeting is held. It is referred to as “Project Elrond,” referencing the Council of Elrond which happened in The Fellowship of the Ring. When those present at the meeting in The Martian question the name, it is Henderson who explains it. 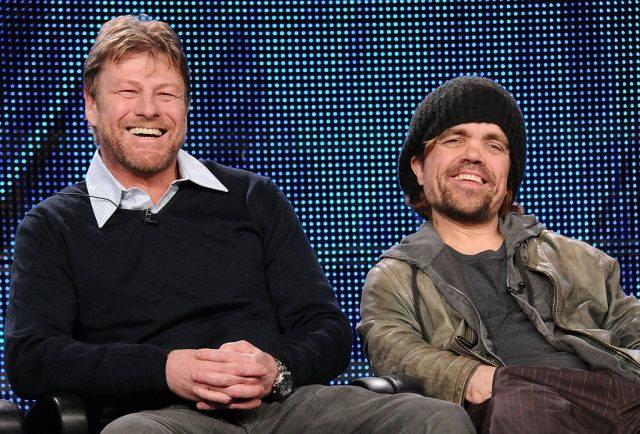 The premise of Pixels is that video games were sent into space by NASA so that any alien beings could learn more about humanity. However, the aliens take it as a challenge and start attacking the Earth in the form of video game characters. 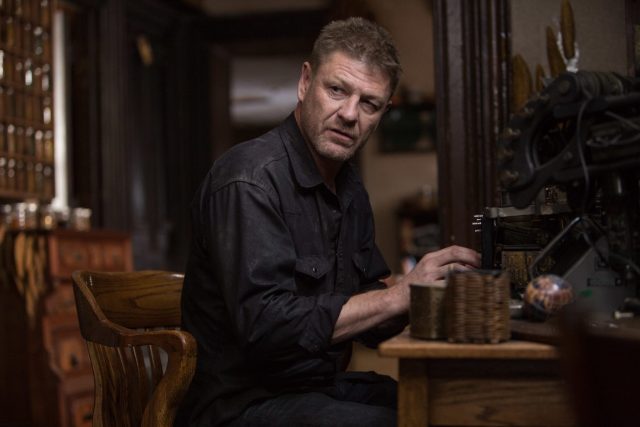 2015 was a bumper year for Sean Bean not dying as we now reach the third film of that year to feature his longevity.

While not strictly a villain, Sean Bean’s character of Stinger Apini does hand over Jupiter Jones and his old comrade Caine Wise – but only so that he can get money to help his ailing daughter. And he does help Caine to breach a planet’s shields to save Jupiter later on. 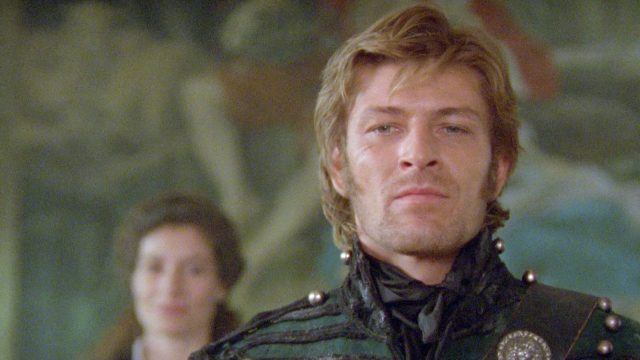 Of course, it’s hit and miss in a movie as to whether Sean Bean will survive to the end. But one of his most famous roles is as Richard Sharpe in the TV series Sharpe which, so far, has run for seven seasons. While Richard Sharpe gets repeatedly beaten up, he never dies.

More from us: Stunning Real-Life Locations from Game of Thrones

In fact, one person went on the site Escapist Magazine’s online forum to suggest the following theory: “Every time Sharpe took an injury in the leg, instead of dying, he has to die in another film. By my count, he needs to die in another 3,678 films before he’s even.”