House That Inspired ‘The Conjuring’ Sells for Over $1.5 Million – 27 Percent Above Asking!

The Rhode Island farmhouse that inspired the events of the 2013 film The Conjuring has sold for over $1.5 million, surpassing the original asking price of $1.2 million by 27 percent. The property was sold by owners Cory and Jennifer Heinzen, who had been operating tours and offering overnight stays to those drawn in by the home’s supernatural reputation.

The property was purchased by Boston real estate developer Jacqueline Nuñez, who was one of 10 individuals to put in an offer on the farmhouse. After negotiations, the bill of sale was officially signed on May 26, 2022, but had one stipulation: Nuñez could not live in the home year-round.

Speaking with The Providence Journal, Nuñez shared that she’ll be keeping her home in Boston and will sleep at the farmhouse one week a month. She plans to restart daytime tours of the property and will spend the next year learning about the residence and the business.

Nuñez also doesn’t plan on being in the house alone, saying, “I fully expect some paranormal phenomena to happen to me. I expect to be startled. I expect to be scared that I’m experiencing something, but I don’t expect a malevolent experience.”

Those worried about potential development of the property need not worry. Nuñez purchased the farmhouse for personal reasons and plans to keep it open to exploration by the paranormal community.

The house that inspired the events of 2013’s The Conjuring has been placed on the real estate market. Those interested in owning one of America’s most haunted properties can now do so for just $1.2 million. 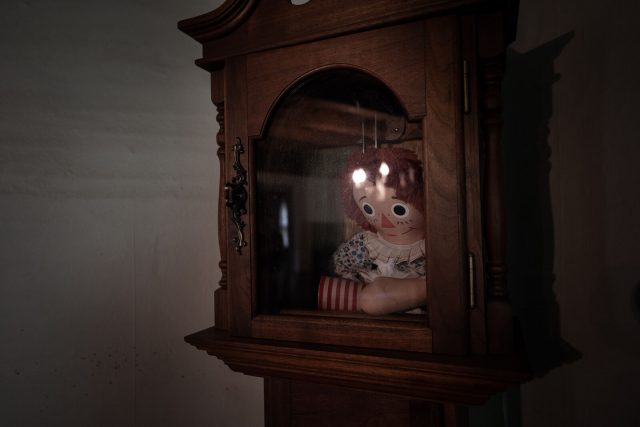 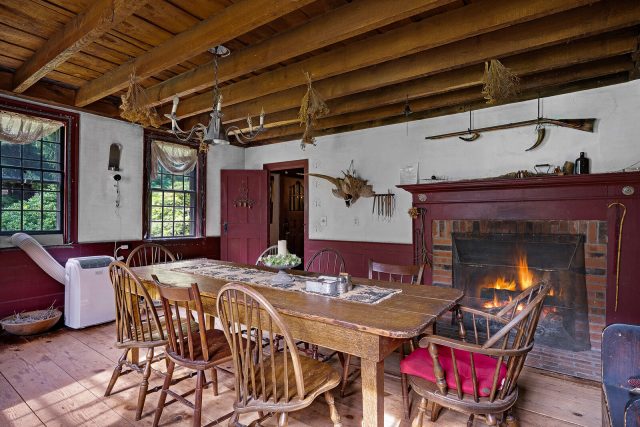 The house, located at 1677 Round Top Road in Burrillville, Rhode Island, was built in 1836 and is said to house the spirit of Bathsheba Sherman, who lived in it during the 1800s. It was owned by the Perron family during the 1970s, who, according to their eldest daughter, experienced a host of supernatural occurrences, such as the smell of rotting flesh, brooms moving by themselves and beds shaking.

“Our family lived among the dead for a decade,” said Andrea Perron. “The farm, known to us as the old Arnold Estate, was where we all came to understand that we are not alone, and there is something beyond our mortal existence, though none of us can tell you precisely what is or where we go after death.”

Andrea claims the person who sold the house to her parents didn’t disclose its history of rape, murder, and suicide.

In 1973, the family called in paranormal investigators Ed and Lorraine Warren to rid their home of the evil spirits they believed inhabited it. What occurred during their time in the house inspired the script for the hit horror film, The Conjuring. While the actual house isn’t featured in the movie, the Warrens confirmed the events depicted actually transpired. 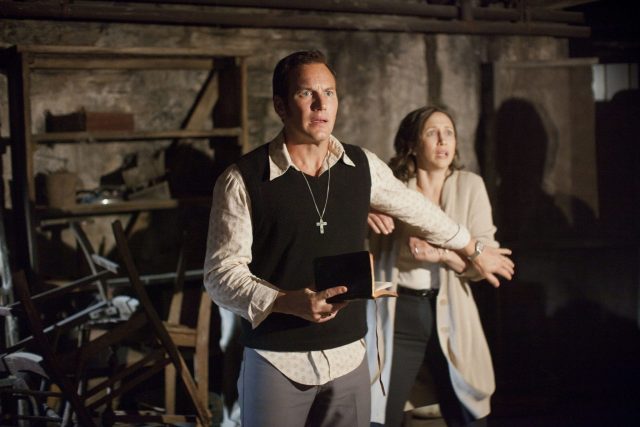 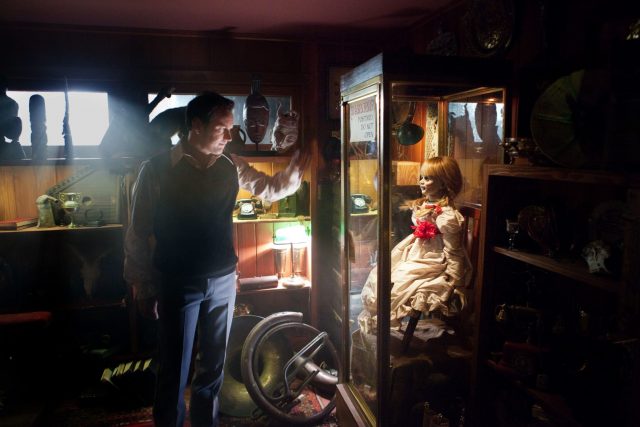 The Rhode Island home has hit the market just two years after it was purchased by a couple, who at the time said they’d “immediately” fallen in love with the house. They purchased it for $439,000, and soon began to experience paranormal events, such as ghostly footsteps, flashing lights, and sounds from empty parts of the house. However, unlike the Perrons, they don’t feel the presence is malevolent.

The residence is currently on sale for $1.2 million by Mott & Chace Sotheby’s International Realty. It sits on eight acres of land, and the house itself clocks in at just over 3,000 square feet. It has 14 rooms in total, including three bedrooms and one-and-a-half bathrooms. 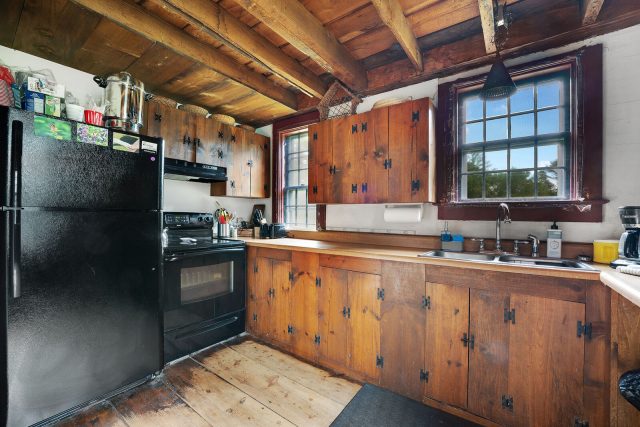 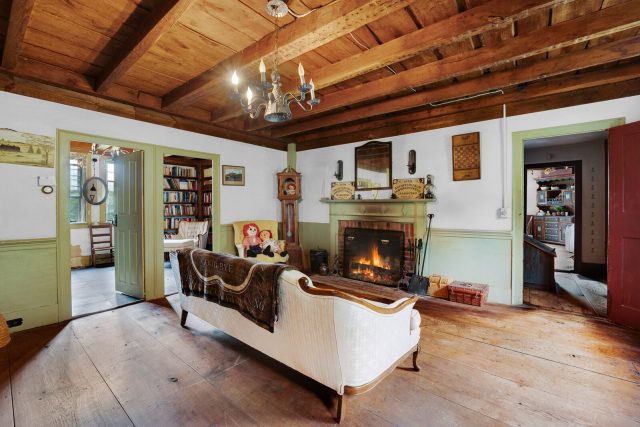 At present, its owners run a business built on overnight bookings and group events on the property, and a condition of the sale will be that the new owner honors those bookings, which are reportedly sold out through to the end of 2022. They will also be selective in whose offer they accept, as they wish to sell it to someone who doesn’t plan to commercialize it beyond the business they run now.

More from us: Ireland’s Most Haunted House…The Devil is Said to Have Stayed There

As for why they’re choosing to sell, they cite the fact they aren’t that good at running the business and have fallen victim to an unscrupulous contractor, resulting in them having to have work done a second time. As well, one of the owners suffers from post-traumatic stress disorder and worries that late-night trespassers may trigger an altercation. 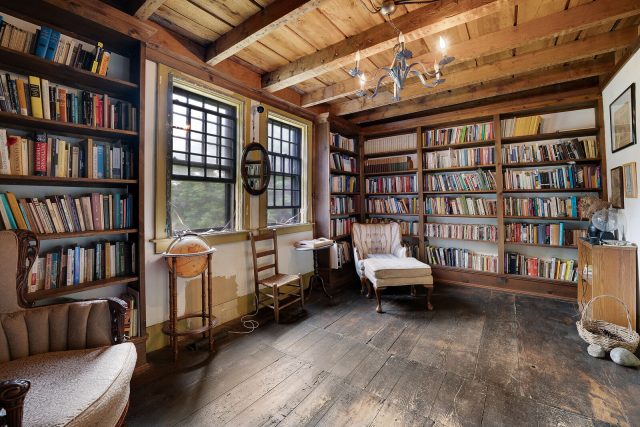 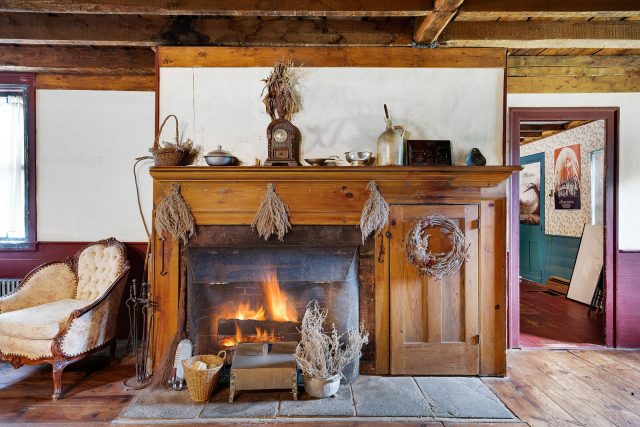 Those interested in booking a viewing of the home must provide proof of funds and sign an NDA for release of full property financials.

« From Riches to Rags: The Tragic Life of Peter Pan’s Bobby Driscoll
From Sisters To Enemies? The Feud That Left Lee Radziwill Out Of Jackie Kennedy’s Will »