If In Cold Blood made Truman Capote, his piece La Côte Basque 1965 broke him. Published in Esquire in 1975, the 13,000-word social piece exposed all of Capote’s best friends’ secrets. These were not just average, everyday secrets, rather they were all about his swans. He published the secrets of his rich, high-society friends- some of the most powerful individuals in New York in the 60s and 70s. Here, we break down all of the claims in Capote’s piece and the reactions that came as a result of it.

Truman Capote and his swans 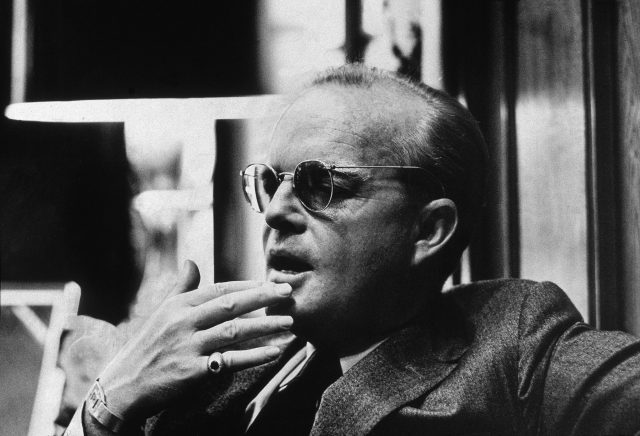 Truman Capote had burst onto the literary scene at age 23 when his first novel, Other Voices, Other Rooms, was published. Seventeen years later, in 1965, Capote published his “non-fiction” book In True Blood, which brought him international fame, fortune, and wealth. At the height of mid-century New York, there was nothing more glamorous and fabulous than Truman Capote’s inner circle of beautiful, wealthy, socialite women that he affectionately labeled his swans.

These swans included names such as Barbara “Babe” Paley, Nancy “Slim” Keith, “Princess” Lee Radziwill, Lucy Douglas “C.Z.” Guest, Gloria Guinness, and Marella Agnelli. What captured Capote’s imagination about his swans was not necessarily the money they all possessed but the stories they had to tell. It would ultimately be these stories that would be Capote’s downfall.

Babe Paley was a fashion editor at Vogue and married to the incredibly wealthy founder of CBS, William S. Paley. Nancy “Slim” Keith was so slender and beautiful that she was featured in almost every issue of Harper’s Bazaar in the mid-forties. Slim’s first husband, film director Howard Hawks, had used her as a model for his screen heroines, including Lauren Bacall. 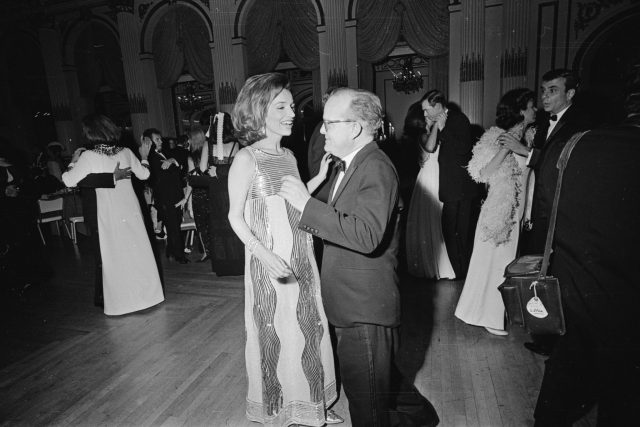 C.Z. Guest had been born into money in Boston, but initially rebelled against high society, choosing to work as a showgirl and posing nude for Diego Rivera. The picture he painted used to hang above the bar of Mexico City’s Reforma Hotel. Gloria Guinness captured Capote with her rags-to-riches story. She overcame years of poverty to emerge triumphant as the wife of Loel Guinness, who was a member of one of Britain’s banking families.

“Princess” Lee Radziwill, sister of Jacqueline Kennedy, married a former Polish prince who became friends with Capote in the 1960s. Marella Agnelli was another one of Capote’s swans. She was married to Fiat chairman Gianni Agnelli, and Capote often referred to her as “the European swan numero uno.”

The stories in “La Côte Basque” 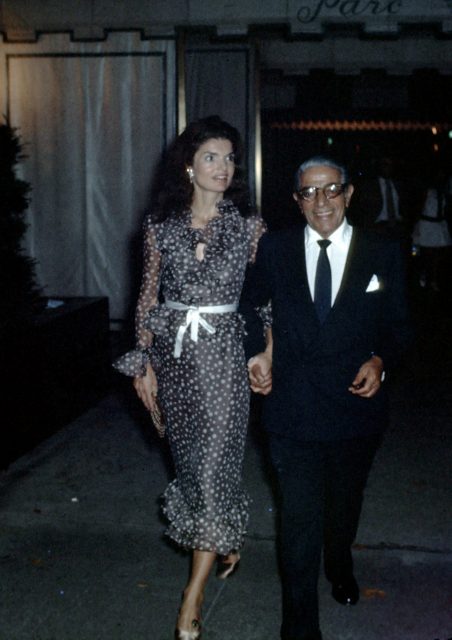 “La Côte Basque 1965” was published in Esquire magazine in 1975. Initially, the story was intended to be the fifth chapter of a Capote novel titled Answered Prayers, which was never completed. The title refers to Henri Soulé’s restaurant located in New York City, across from the St. Regis Hotel. However, the plot for this short story was taken from all the gossip and stories he had heard from his swans over the many years. 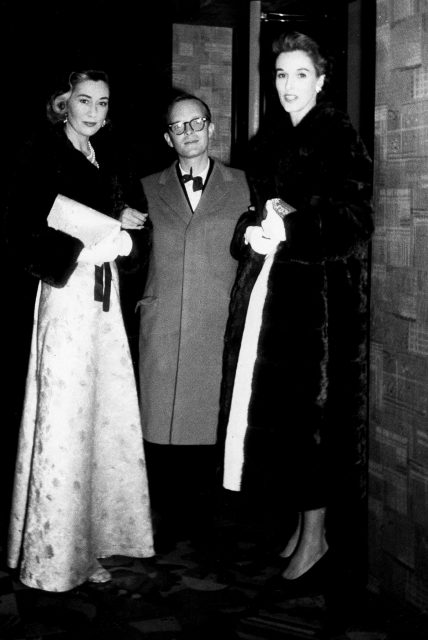 There are many other socialites present at lunch with Lady Coolbirth and Jonesy in Capote’s short story. Babe Paley is there with her sister Betsey Whitney, Lee Radziwill is there with her sister Jacqueline Kennedy, and Gloria Vanderbilt is eating with her friend Carol Matthau. Other names appearing undisguised throughout the story include Cole Porter, who hits on an Italian server; Princess Margaret, who makes snide comments about “poufs;” and Joseph Kennedy, who jumps into bed with one of his daughter’s 18-year-old friends.

The characters of Gloria Vanderbilt and Carol Matthau are first encountered in the story. The two friends are gossiping about Princess Margaret and the rest of the royal family. An awkward moment ensues when Vanderbilt fails to recognize her first husband, who stops by her table to say hello. It is only when Carol reminds Gloria who he is that she recognizes him, makin her appear empty-headed and vain. The women brush the incident aside in “La Basque Côte,” but supposedly, when Gloria Vanderbilt read the real story she said, “the next time I see Truman Capote, I am going to spit in his face.” 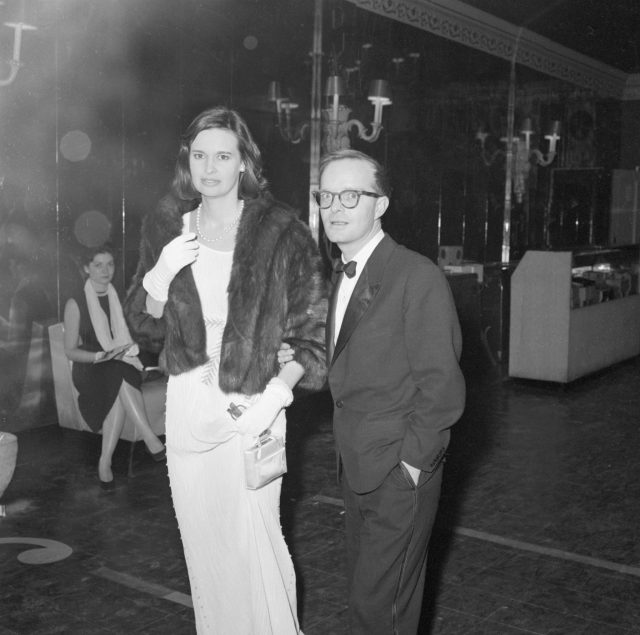 Next up are Lee Radziwill and Jacqueline Kennedy, who get off easy in “La Côte Basque,” with Capote describing them as “a pair of Western geisha girls.” Capote, however, uses them as a way to discuss the next real scandal. Lady Coolbirth tells Jonesy a story of how she was assaulted as a teenager by Joe Kennedy. She goes on to tell Jonesy how she was a guest of Kennedy’s daughter Kick, and one night “the old bugger slipped into my bedroom… all those Kennedy men are all the same; they’re like dogs, they have to pee on every hydrant.” It is unclear whether or not this event actually occurred to Slim Keith or if it was just gossip embellished by Capote for his story.

The character of Ann Hopkins is then introduced to the story when she walks into the restaurant and sits down with a pastor. Ann Hopkins was a pseudonym for the real Ann Woodward, who was married to William Woodward Jr., heir to the Hanover National Bank fortune. Woodward Jr. had asked Ann for a divorce in 1947, but she refused, as she didn’t want to give up her wealth and social status. 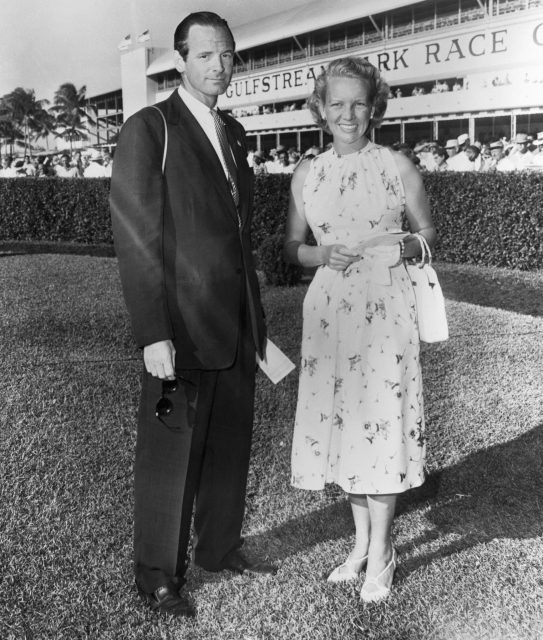 In the fall of 1955, after a string of break-ins in the Woodwards’ neighborhood, Ann shot her husband twice after mistaking him for a burglar. Woodward Jr. died as a result. Although Ann Woodward was never indicted for the shooting, Capote publicly accuses the character Ann Hopkins of murder in “La Côte Basque.” Capote suggested that Ann planned the death of Woodward Jr., but got away with it because Ann’s mother-in-law, Elsie Woodward (who, in Capote’s story, was named Hilda Hopkins) paid off the police to avoid a scandal.

Perhaps Truman’s biggest betrayal was that of Barbara “Babe” Paley, who had basically adopted Truman. In “La Côte Basque,” Truman told his readers a story that involved Babe Paley, her husband Bill Paley, and a mystery woman who is believed to be Mary Rockefeller. According to the story, Bill Paley (under the pseudonym Sidney Dillon) has a one-night stand with “the governor’s wife” (Mary Rockefeller) while Babe Paley (who is called Cleo in Capote’s story) is out of town. After they are finished, Bill Paley (Dillon) discovers a bloodstain on his bedsheets. Worried about his wife returning home at any moment, Bill Paley scrubs the sheets in the bathtub and attempts to dry them by baking them in the oven before replacing them on the bed. 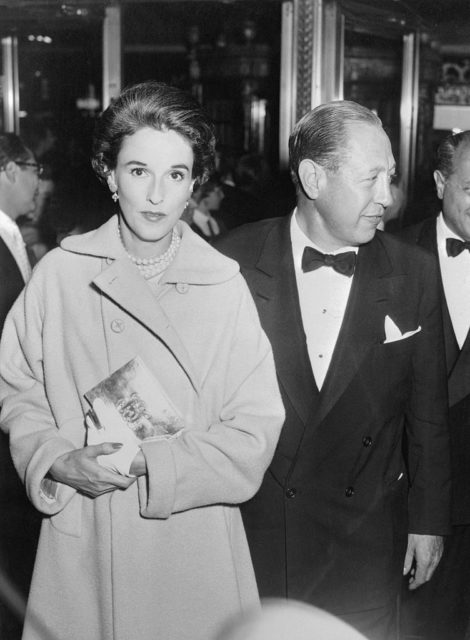 Babe and William Paley at a movie premiere, 1954 (Photo by Bettmann Archive/Getty Images)

On October 10, 1975, only a few days before the November edition of Esquire hit the newsstands, Ann Woodward was found dead from a suicide. Many people believe that she was sent an advance copy of Truman’s story, which pushed her over the edge.

When the issue was published, Truman Capote was able to get out of New York to film the movie Murder by Death. To New York’s upper echelon, however, this move to Los Angeles following the publication of “La Côte Basque” made Capote look like a coward.

While Capote was in LA, he called Slim Keith (Lady Ina Coolbrith in “La Côte Basque”), but Slim refused to take his call. Unable to accept Slim’s rejection, Capote sent her a cable in Australia at the end of the year where she was spending her holidays. The cable said “Merry Christmas, Big Mama. I’ve decided to forgive you. Love Truman.” However, Slim was far from forgiving toward Truman, going so far as to consult her lawyers about suing the writer for libel. 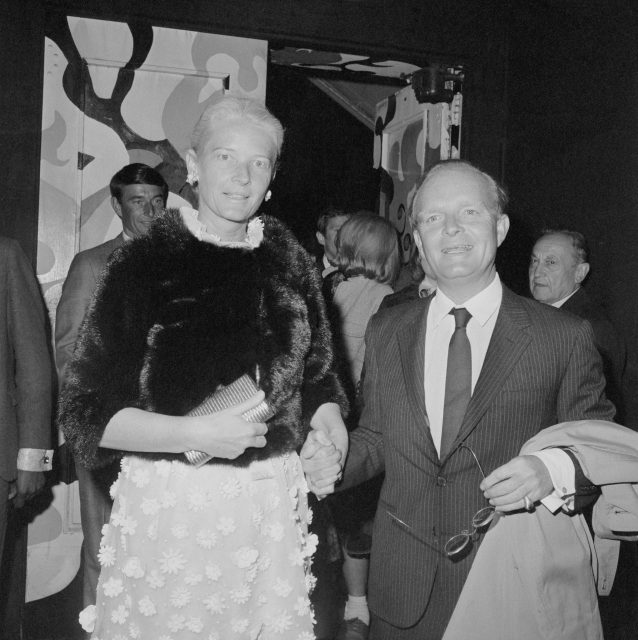 The Paleys never forgave Truman, either. Babe Paley had been diagnosed with terminal lung cancer when “La Côte Basque” was published. She would never talk to Truman Capote again, and passed away on July 6, 1978.

More from us: Glitz, Glamour, And Gossip: The Spiciest Socialite Scandals Throughout The Years

As for Capote, the publishing of “La Côte Basque 1975” coincided with the start of his fall from grace. He began to drink and use drugs quite heavily and lost all of his friends because of this story. Truman Capote died on August 25, 1984, and the rest of the manuscript for Answered Prayers has yet to be found.

« Not Everything Is As It Appears: Normal Photos With Extremely Creepy Backstories
New Study Suggests Humans Domesticated Cassowaries Before Chickens »