Glitz, Glamour, And Gossip: The Spiciest Socialite Scandals Throughout The Years

The popular television show Gossip Girl highlights the fictional lives of New York’s socialites. Although the plot television show at times hardly seems believable, we have found some real-life socialites whose real scandals make the fictional ones in Gossip Girl look like small peanuts. Take a look at some of the spiciest socialite scandals that rocked the world throughout the years… they all prove that money can’t always buy happiness. 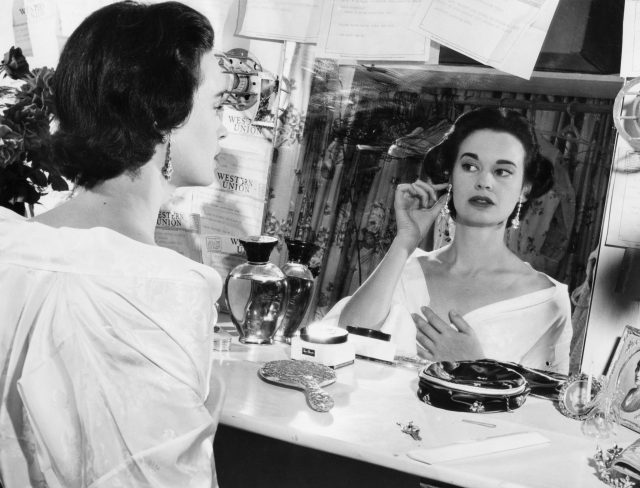 Gloria Vanderbilt’s long life was often rocked by scandal. The only child of railroad heir Reginald Vanderbilt of the Vanderbilt family, Gloria was first thrust into the spotlight during a sensational custody trial in 1934 when she was ten years old, between her mother and her aunt. During this trial, dubbed the “trial of the century,” people in court testified that Gloria’s mother had left nude photos lying around, and had even taught Gloria how to make cocktails.

Needless to say, Gloria’s aunt ended up with custody of the child. However, for the people of New York who were deep in the Great Depression in 1934, this trial allowed them a glimpse into the lives of the ultra-wealthy and the media had an absolute hay-day with it. 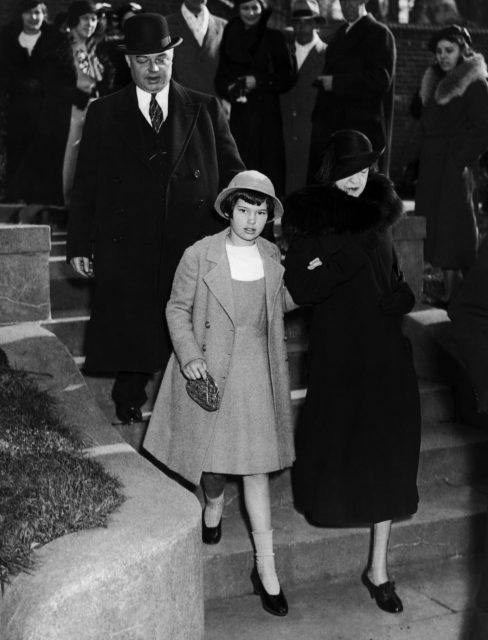 Ten year old Gloria Vanderbilt and her aunt Gertrube Vanderbilt-Whitney who got custody of her. (Photo Credit: Keystone-France/ Getty Images)

Gloria would hardly see her mother for seven years after this custody trial. When Gloria was 17 she went to visit her mother out in California and wound up marrying her first husband, Pat DiCicco, who was a Hollywood agent and mobster. However, this marriage only lasted four years and the couple divorced when Gloria was only 21, claiming that DiCicco was physically abusive to her.

In April 1945, within weeks of her divorce to DiCicco, Gloria married composter Leopold Stokowski, who was 42 years her senior. Although married for ten years and having two children, the pair wound up divorced. Within a year, Gloria married director Sidney Lumet, whom she was married to for eight years. Her fourth and final marriage was to the author, screenwriter, and actor Wyatt Cooper. They were married for 15 years and had two sons including Anderson Cooper. 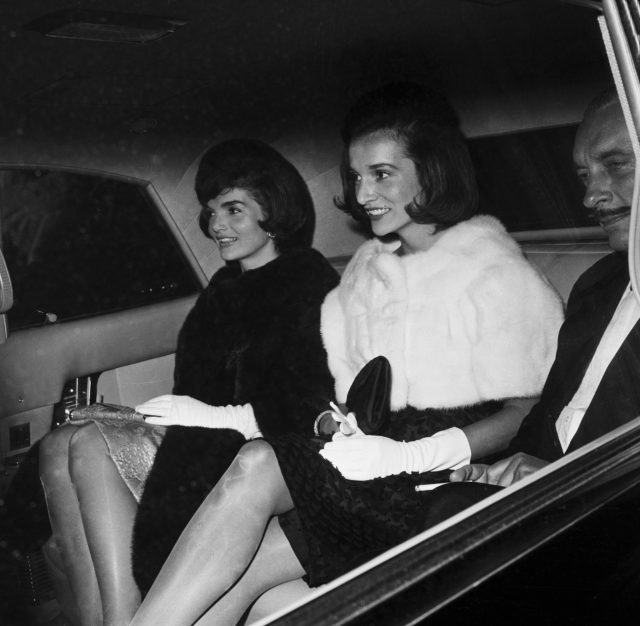 Jacqueline and Caroline Lee Bouvier were at one point the most famous sisters in the world (arguably, the Kardashian sisters now hold that title). The sisters were encouraged by their father to work hard and be the best, but there could technically only be one “best.” The sisters often made headlines for their “sibling rivalry” which included shared romantic interests and competing styles.

The two sisters certainly rose to greatness during their lifetimes. Although she was younger than Jackie, Lee was married first in 1953. Feeling upstaged by her younger sister, Jackie was engaged within two months of Lee’s wedding to America’s most eligible bachelor- the soon-to-be senator from Massachusetts, John F. Kennedy. Jackie and JFK’s wedding in September of 1953 was dubbed the “social event of the year.”

Lee one-upped Jackie again when she married aristocrat and prince Stanislaw Radziwill in 1959. Radziwill was a Polish count and gave up his royal title to become a British Citizen after the Second World War, but Lee always held onto the title of Princess. However, even this royal title was overshadowed when JFK was elected president in 1961, and the world fell in love with Jackie.

However, Jackie’s new role as First Lady actually brought the two sisters closer together rather than fuel the rivalry between them. Jackie relied on Lee when she was overwhelmed with her new status and responsibilities, and Lee and her husband made frequent visits to the White House while JFK was in office. 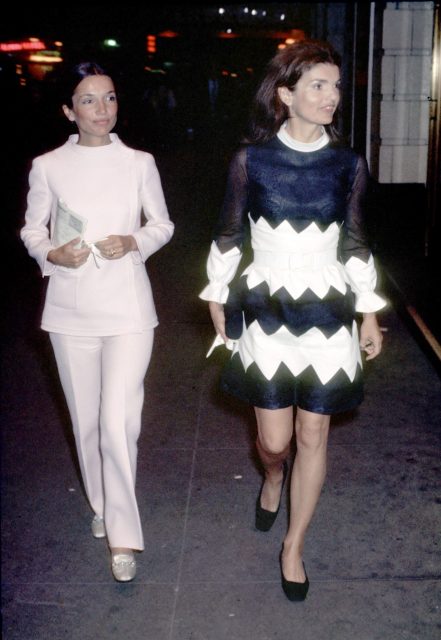 However, it became more and more apparent that the focus of attention was on Jackie rather than Lee during this time. It was Jackie who became a worldwide style icon, even though it had been Lee to pick out Jackie’s wardrobe.

While Jackie was in the White House, Lee’s marriage was falling apart making her more resentful toward Jackie. Perhaps in spite of Jackie, or perhaps trying to find a way to outshine her sister, Lee began an affair with the Greek shipping tycoon, Aristotle Socrates Onassis. To add another layer to this situation, both John F. Kennedy and his brother Robert Kennedy actively disliked and distrusted Onassis.

Of course, Jackie Kennedy would go on to marry Aristotle Onassis in 1968. When Jackie died in May 1994, she didn’t leave anything to Lee in her will, stating she made no provisions for her younger sister “for whom I have great affection because I have already done so during my lifetime.” However, Jackie granted Lee’s two children each $500,000. 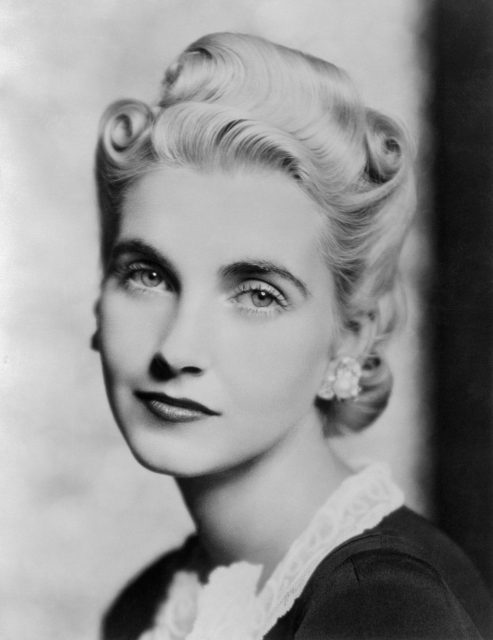 Socialite Barbara Hutton was born into money in New York City on November 14, 1912. Her grandfather was the founder of the Woolworth chain. When she was 18 years old, she was introduced into society with a debut costing $80,000. Under normal circumstances, this would have been an absolutely outrageous amount, but she debuted to society in 1930 – one year into the Great Depression.

When she was 20 years old, she married her first husband, Prince Alexis Mdivani. One year later, she turned 21 years old and inherited more than $20 million, which was doubled by investments over the ensuing years.

In March 1935, Barbara and Mdivani divorced. Within 24 hours of the divorce being granted, Barbara married for the second time – this time a wealthy Danish nobleman named Count Haugwitz-Reventlow. However, Reventlow was extremely abusive towards Hutton, once beating her so violently that she was hospitalized and he was thrown into jail. The pair divorced in 1941. 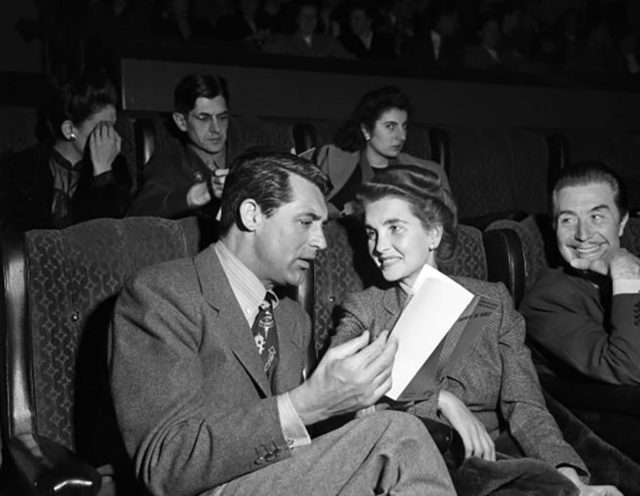 In 1941, Barbara Hutton married actor Cary Grant. Of her total of seven marriages, Hutton was quoted as saying that Grant was the “husband I loved the most.” However, she was granted a divorce in 1945 on the grounds of mental cruelty, stating that Grant was more interested in his acting career rather than her. Hutton would go on to marry four more times. In total, she married three princes, one count, one baron, one diplomat, and one Hollywood movie star.

Although Hutton had all the money in the world, she was constantly plagued by toxic relationships and physical and mental health problems.  Her only child died in an air crash in 1972, which sent Hutton into a state of despair. She also suffered from anorexia and drug problems which eventually caused her body to shut down. She died on May 11, 1979, at the age of 66. 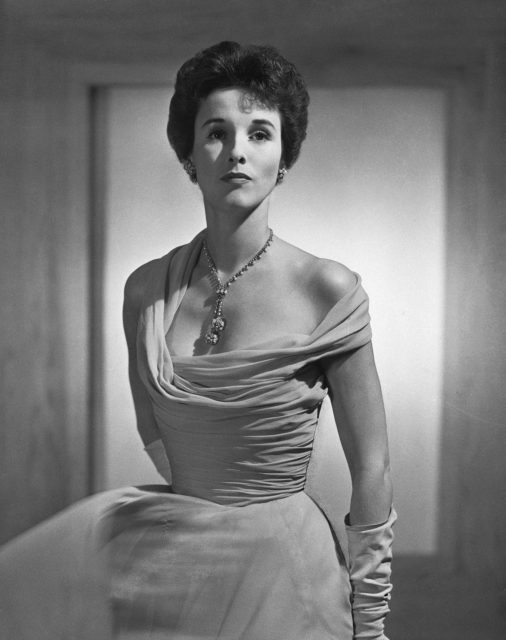 Barbara “Babe” Paley was born on July 5, 1915, and although she was a socialite growing up, she rose to fame when she married CBS founder William S. Paley. Babe Haley was famously part of Truman Capote’s group of “swans” – the most glamorous women of their day. These “swans” also included names such as Gloria Guinness and Lee Radziwell (Jackie Kennedy’s sister).

Paley’s biggest scandal came after Truman Capote published his short story, La Côte Basque in 1975, which revealed the secrets of New York’s high society members. Babe Paley, who was considered to be Capote’s most beloved Swan, suffered the most from the tell-all. 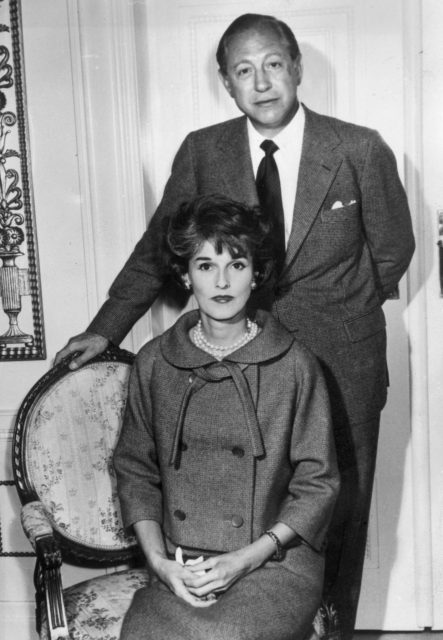 La Côte Basque tells the story of a one-night stand that occurred between William S. Paley and an unnamed woman, but it is believed the be based on Nelson Rockefeller’s second wife Mary. After reading this story about her husband, Babe was heartbroken and mortified. She was also seriously ill with terminal cancer at the time of the publishing, and dropped Truman from her life. She would never speak to him again, and passed away in 1978. 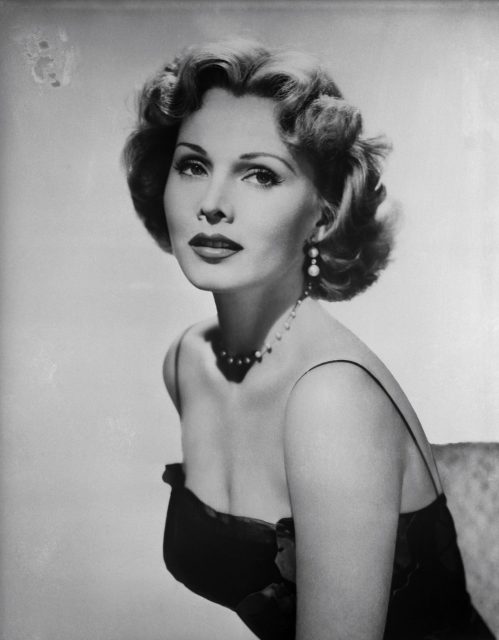 Although not born into wealth, Zsa Zsa Gabor rose through the ranks of American society, becoming famous just for being her. She married hotel magnate Conrad Hilton in April 1942, but they later divorced in 1947. She would marry a total of nine times in her lifetime.

Her lovers included the likes of Sean Connery and Frank Sinatra, and during her lifetime she claimed to deny the advances of John F. Kennedy, Elvis Presley. and Henry Fonda. According to Zsa Zsa herself, JFK “took her out for three months, but I never slept with him. He slept with everybody. He took me out because he liked to be with me.” 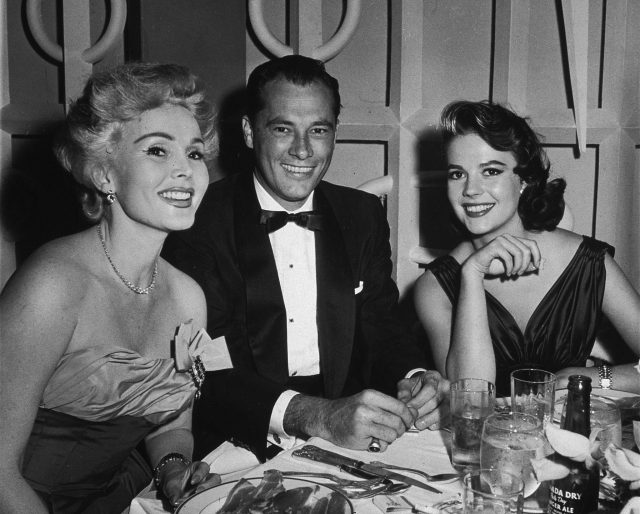 More from us: Ferocious Hollywood Feuds that have Achieved Mythical Status

Zsa Zsa was no stranger to scandal, the most notable perhaps being that she had an affair with her stepson Conrad “Nicky” Hilton Jr. in 1944. Conrad Hilton Jr. would later go on to be the first husband of actress Elizabeth Taylor.