Double Dip Into History: Did You Know Doritos Came From Disneyland?

The history of Doritos is surprisingly mysterious and, you might say, magical.

Why magical? Because of the iconic location where this much-loved snack treat is said to have been created… Disneyland, California!

Dipping chips at the House of Mouse? 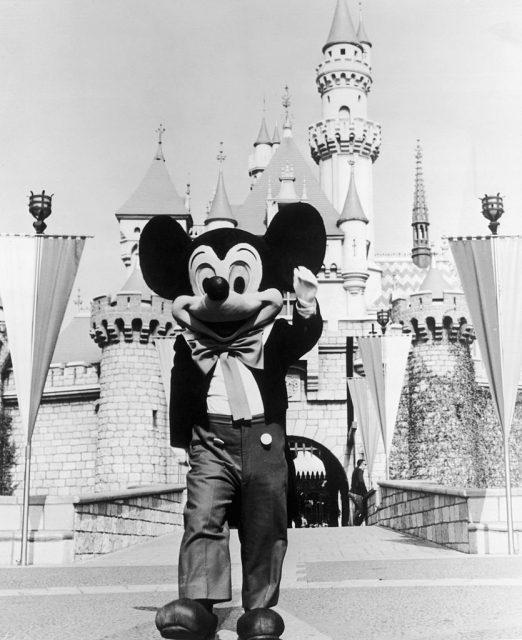 circa 1955: A person in a Mickey Mouse costume at the gate of the Magic Kingdom at the Disneyland theme park, Anaheim, California. (Photo Credit: Hulton Archive/Getty Images)

Casa de Fritos (“Fritos” being corn snacks) was a restaurant that operated at Disneyland between 1955 and 1999.

According to the Official Disney Fan Club, visitors enjoyed “Mexican food” and younger visitors came face to face with the eatery mascot, the Frito Kid! This pint-sized staff member could reportedly be activated via a coin-based mechanism to bring over the goodies.

Some of those food deliveries were tortillas. Customers must have munched through hundreds of them. Though, as the story goes, the establishment wound up with its fair share of uneaten product.

The Huffington Post wrote in 2016 that “The Frito-Lay corporation owned the spot, but the food originally came from a local Mexican food supplier”.

Did a salesman on the supply chain make the practical suggestion that led to the birth of Doritos as we know them…? 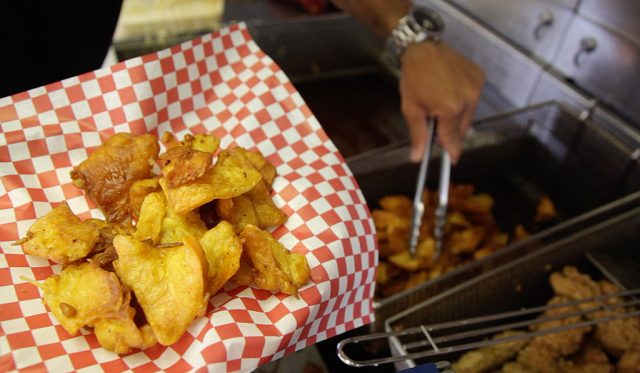 Consumer Reports covers this version of the origin story. “Instead of tossing out stale tortillas,” they wrote in 2014, “a salesman asked a Casa de Fritos cook to fry them up and make chips out of them.”

The year 1964 saw the tortillas enter a new phase of tastiness, as noted by HuffPost. Initially, they were plain-flavored. Seasonings added that extra dimension, though it was still a few years before the dipping sensation of Nacho Cheese (entering the mix in 1972).

The name Doritos translates as “Little Golden Things” in Spanish. And one person who saw a silver lining for the dish was Frito-Lay exec Arch West. He was impressed at people’s reactions to the fried fast food, and so the Dorito rolled out across the country in 1966.

Coming to the crunch 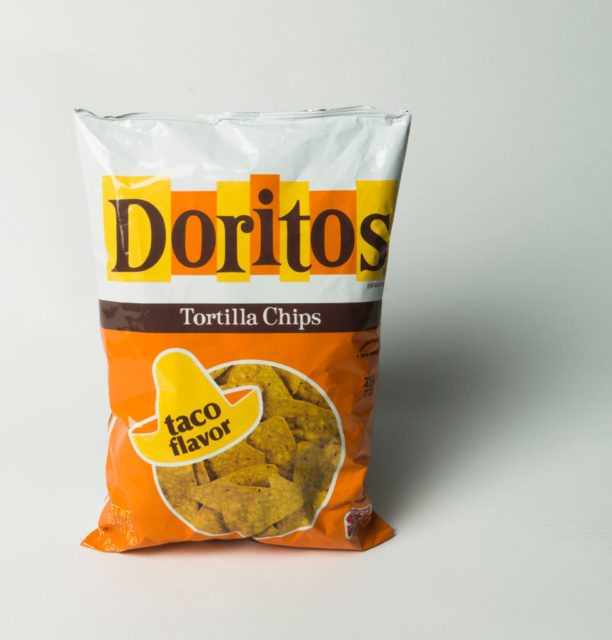 Who ultimately made the Dorito a worldwide institution? Frito-Lay is credited with putting these rebranded tortillas on the map. And Arch West is naturally acknowledged as a major influence on the process, though he’s regarded as the originator of the snack in certain quarters.

Some stop short of calling him the inventor of Doritos, Frito-Lay included, though a quick Google search says otherwise. Consumer Reports highlights the 2012 book Taco USA: How Mexican Food Conquered America by Gustavo Arellano, which relays the Disneyland story.

The website also mentions another account involving Arch West. He apparently discovered Doritos not at a Mickey Mouse-endorsed restaurant, but a stand by the side of the road.

There are of course other players in this… can we say “corny” drama? HuffPost writes about Rebecca Webb Carranza, who ran a tortilla factory back in the 1940s. However, the history of tortillas in general stretches back a bit further. Much further… 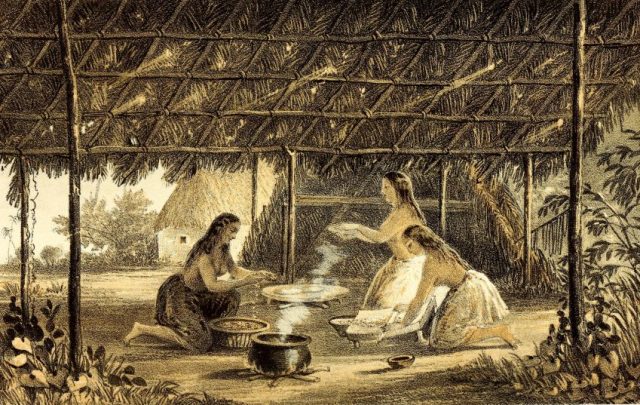 The website of another restaurant, Chapala, traces the beginnings of the tortilla back to approx 10,000 BCE.

This “coincides with the time corn was first domesticated in the area.” Chapala adds that corn/maize “has been a staple food for many Mesoamerican societies.” These include “the Aztecs and Mayans.”

Indeed, the Aztecs are believed to have dipped their tortillas in chili sauce, centuries before Doritos dominated supermarket shelves. 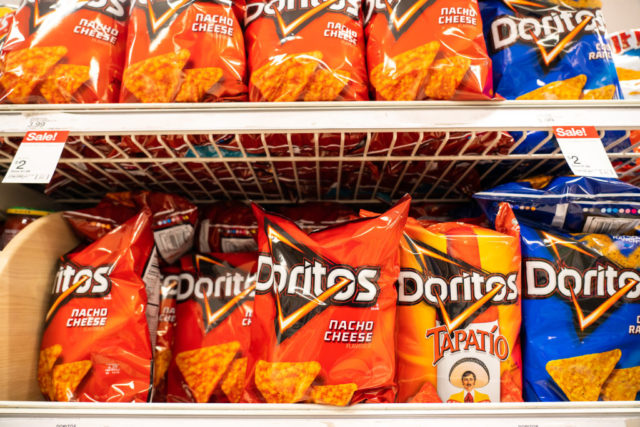 West passed away at the age of 97 in 2011. Such was his connection to tortillas, that pieces of Dorito were sprinkled in his grave for the ultimate snack time send-off.

His legacy is assured. Over the decades, Doritos have become synonymous with curing the munchies, although it’s easy to overlook the vast contribution made by other civilizations and individuals throughout history.