Just because an item or product is familiar, that doesn’t mean you know its history! Here are 16 everyday objects with unexpected backstories. 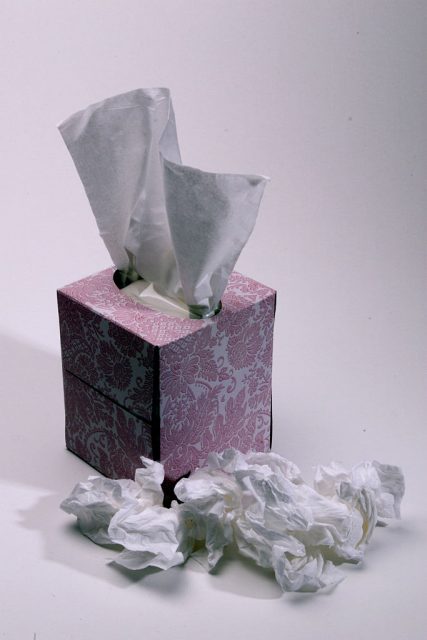 A popular brand of tissues found in many houses today, this humble nose-wiping device was originally made as a disposable gas mask filter. It was also used as a substitute for cotton dressings. 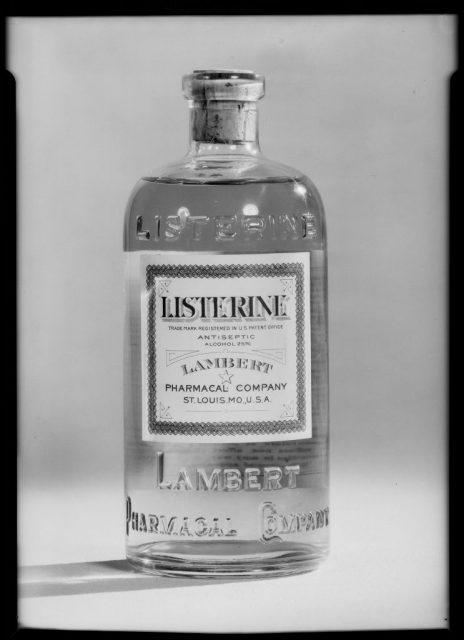 Before anyone suggested that Listerine could clean your teeth, it was used as a surgical-grade antiseptic and floor cleaner. So, if you spill it in the bathroom, don’t think of it as an accident but cleaning the floor! 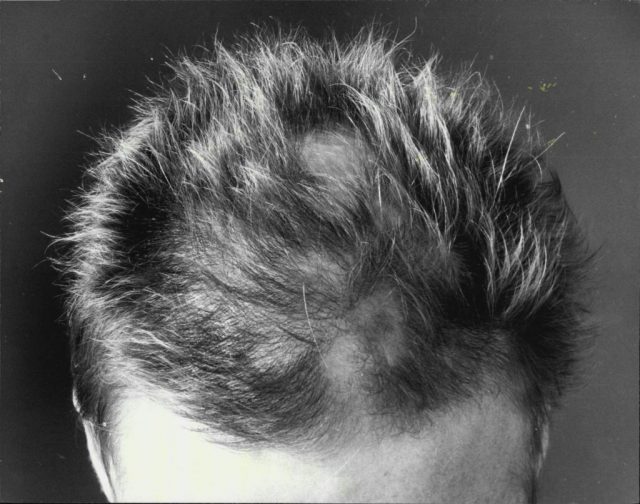 Paul Byrnes, Herald Journalist, with a regrowth of hair. In six months this head changed from bald to hairy with the use of minoxidil and a low-dosage steroid treatment. (Photo Credit: Adrian Greer Michael Short/Fairfax Media via Getty Images)

The main ingredient in hair treatment products, Minoxidil was originally created to treat hypertension. However, when researchers noticed that rapid hair growth was a substantial side effect, they decided to put their discovery to a more commercial use. 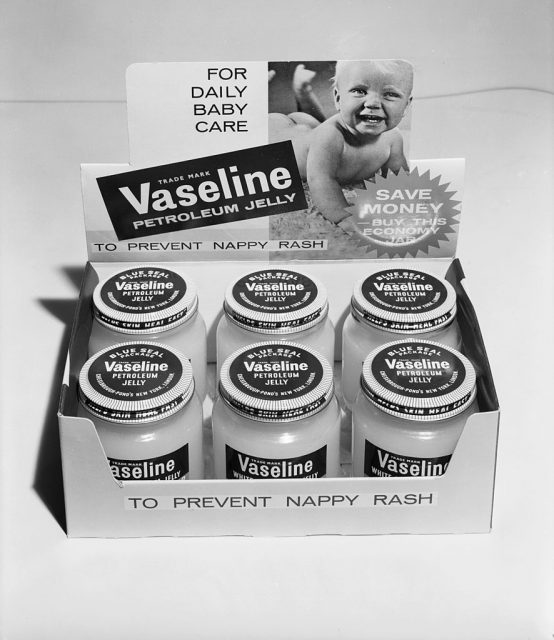 A side product of making oil, the healing properties of Vaseline were first noticed by a British chemist in 1859. Robert Cheesbrough used to work on clarifying kerosene from sperm whale oil. His work dried up when petroleum was discovered in Titusville, Pennsylvania.

So he visited the Pennsylvanian town to see what other new materials might be created from this discovery. He noticed the oil workers using this substance to heal cuts and burns, and he began to market Vaseline.

Unable to sell his product to drug stores, he took to the streets, advertising the benefits of the jelly to customers directly. He also became one of the first people to give out free samples of his product. 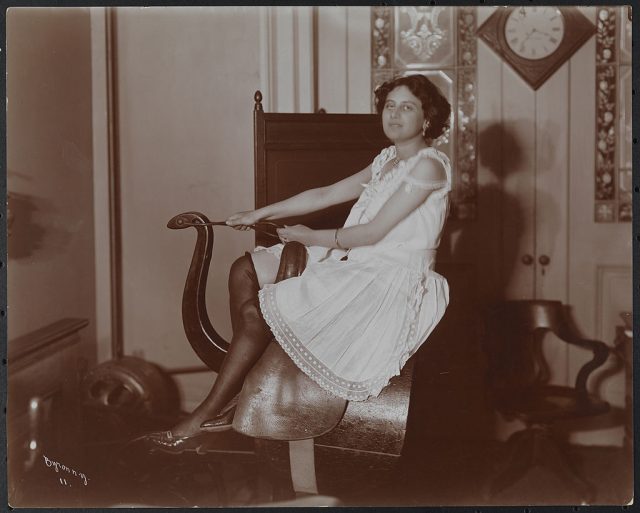 Back when various women’s complaints were diagnosed under the catch-all of “hysteria,” one treatment was for doctors to bring the patient to an orgasm using his hands.

However, that was pretty tiring work and took up a physician’s valuable time. So vibrators were invented to enable women to administer the treatment to themselves at home. 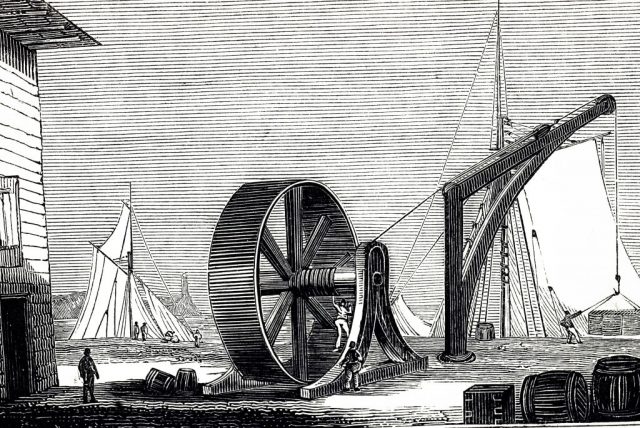 Engraving depicting a boat being unloaded by means of a crane powered by a man in a treadwheel. Dated 19th century. (Photo Credit: Universal History Archive/Universal Images Group via Getty Images)

This fitness machine evolved from treadwheel, a device used for punishment in Victorian Britain. A treadmill was about the size of a waterwheel, and humans would walk inside it, a bit like a human hamster wheel.

The power produced by treadwheels could be used to raise water, power cranes, or grind grain. In the Middle Ages, this device was used in the construction of cathedrals, to lift stones to where they needed to be. 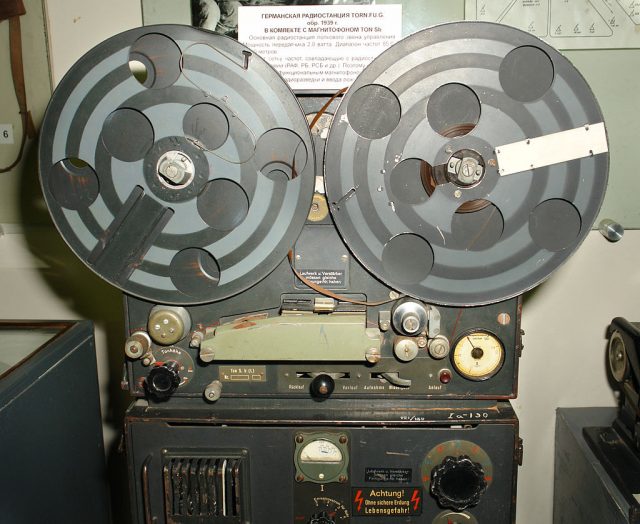 At a time when the rest of the world was making sound recordings onto wax, the Germans invented magnetic tape. Not only was the quality better, but there was no need to change discs every 15 minutes.

Initially, the Nazis used it to record and rebroadcast their propaganda, but after the war, the technology moved out of Germany and into the wider world. 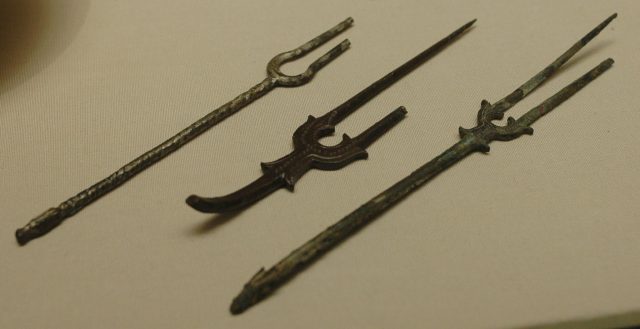 This familiar friend from the dinner table was once seen as immoral because it looked like a devil’s pitchfork. According to Amy Azzarito’s book The Elements of a Home, the fork was accepted because it was the only way a particularly popular new food could be eaten.

“The reason why we use a fork today is because the high society at the time had a sweet tooth and they didn’t want their hands to be sticky.” 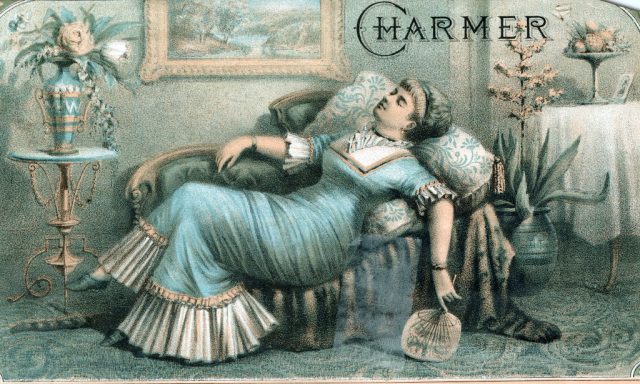 A lithographic cigar box label features a woman napping on a fainting couch and is issued in New York City around 1870. She holds a fan and is surrounded by houseplants. (Photo Credit: Transcendental Graphics/Getty Images)

Since these were marketed in 18th century Britain with pictures of women lounging on them, sofas came to be seen as somewhat saucy. But people still bought them anyway ”“ they just hid them when there was company around. 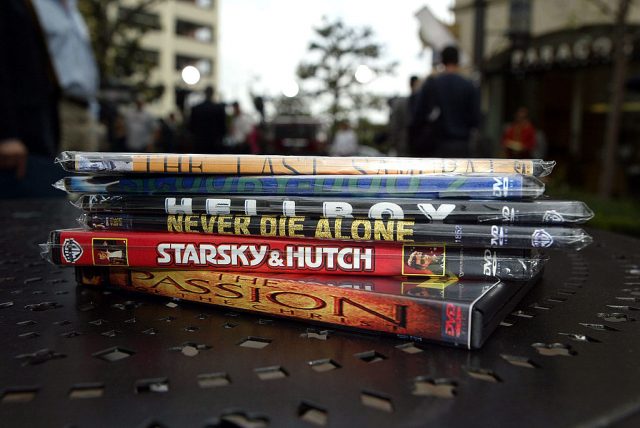 A stack of DVDs sits on a table  (Photo Credit: Frazer Harrison/Getty Images)

The size of a DVD and a CD is exactly the same, yet DVDs come in huge cases. This extra room is unnecessary, but the boxes were deliberately designed to be the same height as the VHS tapes they were replacing. That way, they could be stored in the same places and even alongside VHS tapes without looking peculiar. 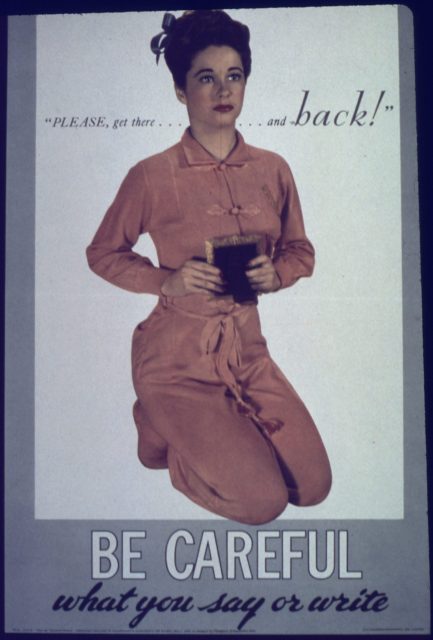 These were an invention from WWI. When the air raid siren sounded, people might be forced to run from their homes in the middle of the night, wearing only flimsy nightgowns. But pajamas were versatile, warm, and more respectable than a nightgown. 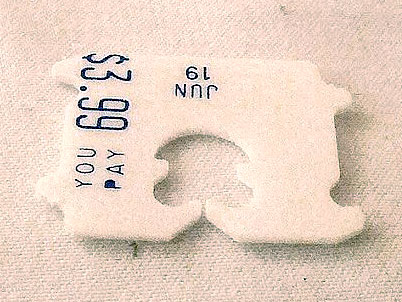 When Floyd G. Paxton was on a flight in 1952, he realized he had no way to reseal the bag of peanuts he’d just opened. Luckily, he found an expired credit card in his wallet and, with the help of a penknife, created the very first bag clip.

Later, when Pacific Fruit was looking for a way to close its new plastic bags, Paxton presented them with a bag clip, this time whittled from Plexiglass. 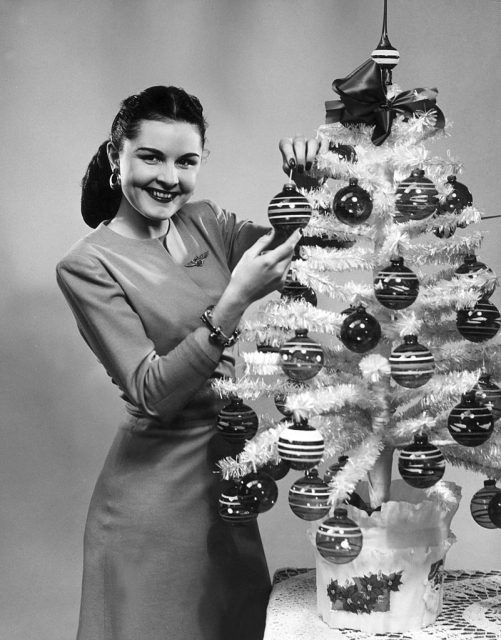 Many homes have these now instead of real pine trees, but did you know that this most festive of decorations started out as a toilet brush?

Addis Housewares company realized that the machinery and bristles they used to make toilet brushes could also make fake Christmas trees, and so an industry was born.

In 2019, a Woolworth’s Christmas tree from 1937 made out of toilet brush bristles was sold at auction for £150. When bought, it would only have cost the equivalent of 6p. 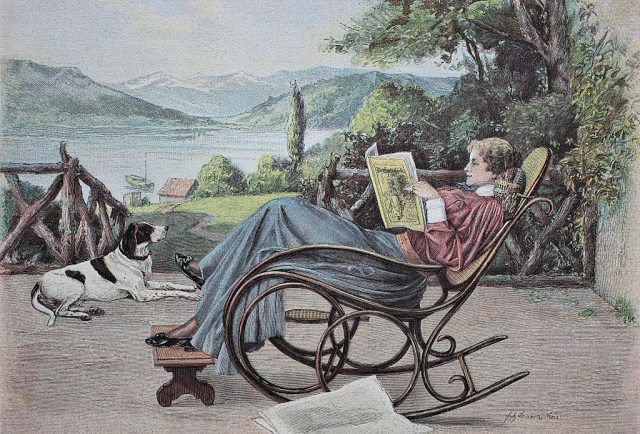 Created by colonial settlers in North America, these chairs were designed to assist nursing mothers who could sit and rock their babies at the same time. But however innovative they were, Europeans were somewhat flummoxed by them.

In 1854, one Swiss theologian wrote: “Even when seated, Americans push themselves to and fro in their rocking chairs. They live in a state of perpetual excitement in their business, their politics and their religion.” 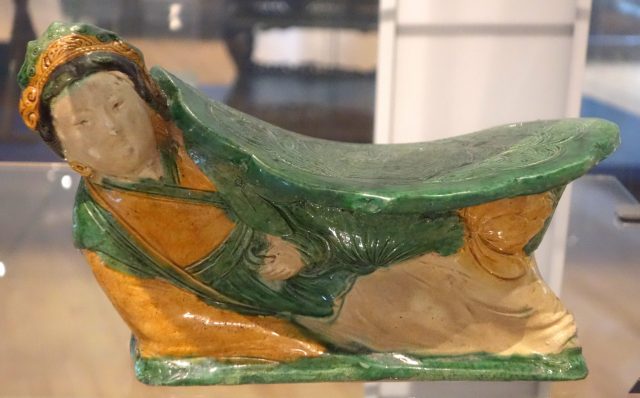 The fluffy pillows of today were unknown to ancient civilizations. Instead, people used carved stone pillows. Rather than providing comfort, these were designed to keep the head and face away from bed bugs and to protect elaborate hairstyles from getting messed up while people slept.

More from us: Baby Window Cages And 14 Other Bizarre Inventions From The Past 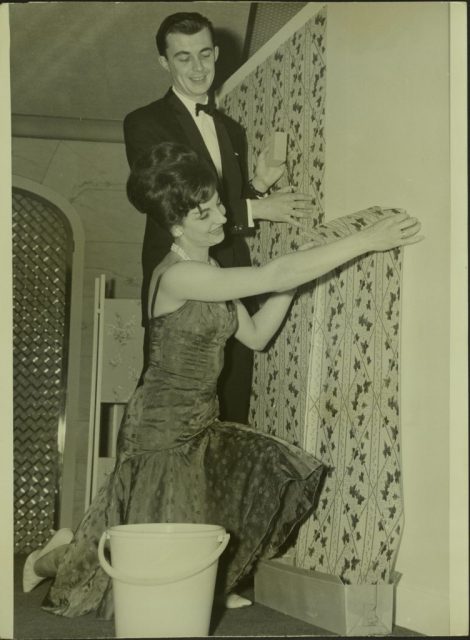 Today, when we go to all the effort of putting up wallpaper, we expect it to stay there for years, possibly decades. However, wallpaper was originally a cheaper alternative to hanging tapestries on the walls.

In some instances, it was even designed to be moveable. In 1481, Louis XI had his court painter decorate scrolls of paper that could be hung up on the wall and then taken down again and transported to wherever the king’s court moved next.