How Exactly Did a 19th Century Surgeon End Up With a 300% Mortality Rate?

Claiming to be the fastest surgeon may sound like a vain boast, but in the 1800s, speed could make a difference in a patient’s pain level and survival rate.

However, the man dubbed “the fastest knife in the West End” accidentally ended up being responsible for the death of three people (only one of them the patient) when carrying out a leg amputation in under three minutes, a disaster that tinged his amazing successes with catastrophic failure.

The fastest knife in the West End

Robert Liston started off as a surgeon at Edinburgh Royal Infirmary. However, his arrogant and abrasive attitude made him unpopular amongst his Scottish fellows, so he ended up as Professor of Clinical Surgery at University College Hospital in London in 1835. From there, his career took off. 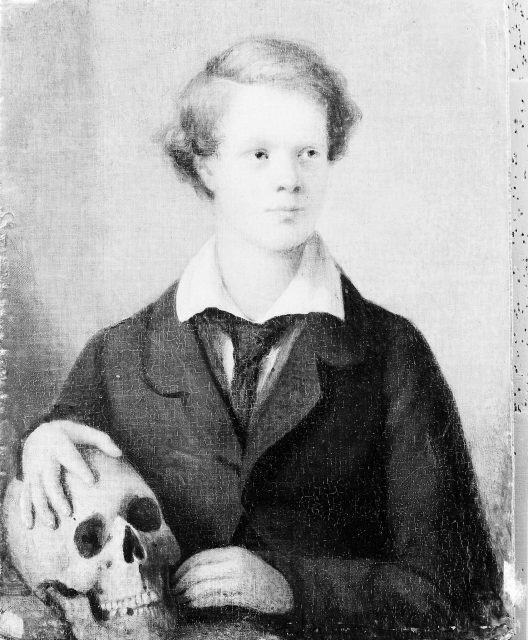 Much of what we know about Liston comes from Dr. Richard Gordon, a fellow surgeon of the time but also a medical historian. Gordon dubbed him: “The fastest knife in the West End. He could amputate a leg in 2 1/2 minutes.”

Robert Liston was a great believer in speedy surgery. In his book, Practical Surgery, published in 1837, he stated that “these operations must be set about with determination and completed rapidly.”

He might sound like a slapdash surgeon, but his methods were actually pretty effective. Only around one in ten of his patients died, while surgeons at St. Bartholomew’s lost around one in four.

This was because, due to the lack of anesthetic, slower surgeons would have a patient who was awake and in significant pain during the operation. They would be wriggling and panicking ”“ not helpful when there’s a surgeon trying to cut you open with a scalpel.

In fact, some people panicked so much, according to The Atlantic, that certain patients even managed to wrestle free of those holding them down and flee the operating room.

There was also the possibility that a patient might bleed out during a lengthy operation, but with his ability to slice, saw, and suture in under three minutes, this wasn’t ever an issue for Robert Liston.

According to Gordon, Liston was “six foot two, and operated in a bottle-green coat with wellington boots.”

As he entered the operating theatre, he would call out to the onlookers, “Time me, gentlemen!” He would always try to beat his best time. Gordon describes how: “to free both hands, he would clasp the bloody knife between his teeth.” 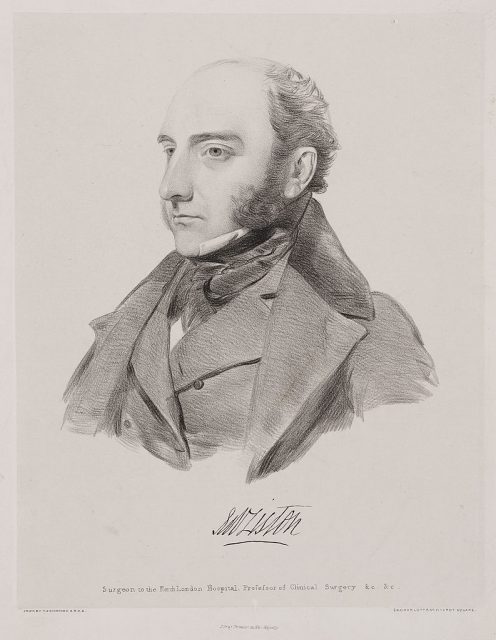 One of his famous cases involved removing a 45-pound scrotal tumor in around four minutes. Allegedly the tumor was so large the poor patient had been forced to transport it with the help of a wheelbarrow.

A true showman, Liston would often take on patients that his fellow surgeons had deemed as being beyond help. This made him popular with patients but rather resented by other doctors.

However, in one tragic instance, his speediness proved fatal for more than just his patient.

On a date unknown, Liston was scheduled to remove a limb as normal. He allegedly completed the operation in 28 seconds, but he was moving so fast that he accidentally amputated the fingers of the assistant surgeon who was steadying the patient’s leg. 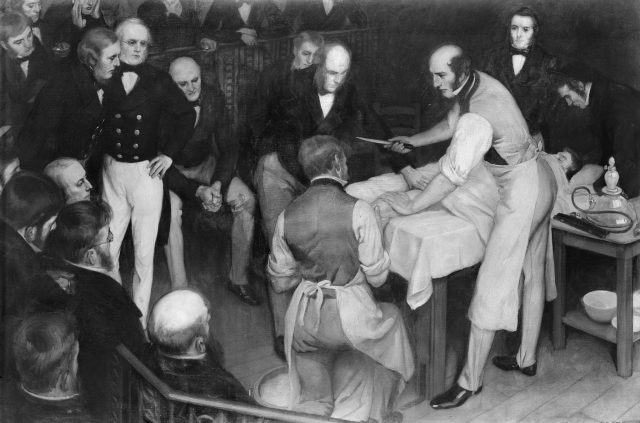 Robert Liston operating. The artist was Ernest Board of Bristol (1877-1934), and this was one of the paintings he was commissioned to paint by Henry S. Wellcome (Photo Credit: By Wellcome Images, CC BY 4.0)

Both the patient and the assistant surgeon ended up dying of sepsis. This wasn’t an uncommon outcome because, while surgeons understood that swiftness could reduce pain and improve survival prospects, they still had no idea about hygiene. In fact, Dr. Oliver Wendell Holmes, a Boston polymath, told an audience how “surgeons operated in blood-stiffened frock coats ”“ the stiffer the coat, the prouder the busy surgeon.”

To make matters even worse in this tragic case, Liston accidentally slashed through the coattails of one of the surrounding witnesses. The poor man, fearing that something vital had been pierced, appeared to faint dead away. Later, it turned out he had actually died of shock.

Some sources suggest that this 300% mortality rate might be an apocryphal story rather than reality. However, Liston did have an unnerving history in this area. In another leg amputation, Liston got either so carried away or so sloppy that he removed the patient’s testicles as well. He also declared that a lump on a boy’s neck was a skin tag and tried to slice it off, but the lump was actually an aneurysm of the carotid artery, and the boy bled to death.

Despite these accidents and his showmanship, Liston was a well-respected doctor who invented several surgical items. Some of them are still in use today, such as the Liston splint and the bulldog locking forceps.

He even has the notable achievement of being the first European surgeon to perform a public operation using anesthetic. Ether was already being used in America for dental extractions and operations, and news of its effects had spread across the world. 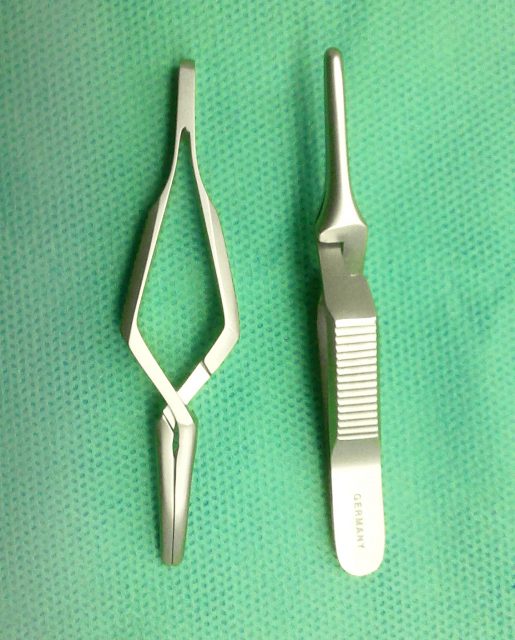 Bulldog clamp: The most common vascular clamp (blocker) that is available in different sizes. (Photo Credit: By Ø¯Ù…Ø§ÙˆÙ†Ø¯ÛŒ – Own work, CC0)

Having heard about the usefulness of this gas, Liston used it to perform an amputation on December 21, 1846. He allegedly announced to the crowd: “We are going to try a Yankee dodge today, gentlemen.”

The patient, Frederick Churchill, needed to have his right knee amputated. He was given ether, which made him pass out, and then Liston removed the limb in an astounding 25 seconds. When Churchill eventually came round, he asked when the operation was going to happen, eliciting much amusement from onlookers. Apparently, the patient was so upset by this response that he shouted out, “Take me back ”“ I can’t have it done!”

The operation with ether was witnessed by two students who went on to become great men themselves. James Simpson became Professor of Midwifery at Edinburgh University and began to wonder if ether might be used in childbirth. He experimented with various compounds and eventually discovered chloroform. 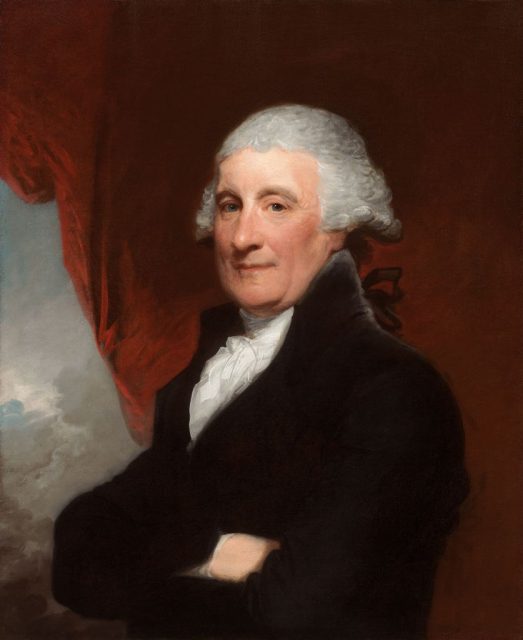 The other notable student was Joseph Lister. During his career, Lister was concerned about the number of patients dying from infection following surgical procedures. He went on to pioneer the aseptic technique.