A Need For Speed: Researchers Have Recently Discovered That Usain Bolt Can Run Just As Fast As These Dinosaurs

Who would win the 100-meter dash? Usain Bolt, the fastest person alive, or a theropod dinosaur? According to new research conducted by archeologists and scientists, a race between these two speed demons would be extremely close.

Theropods were a species of dinosaur that lived over 100 million years ago. Theropods ran on two legs, meaning they were faster than other dinosaur species, and their feet had three toes with sharp claws. Picture something similar to the claws of velociraptors depicted in the Jurassic Park movies. 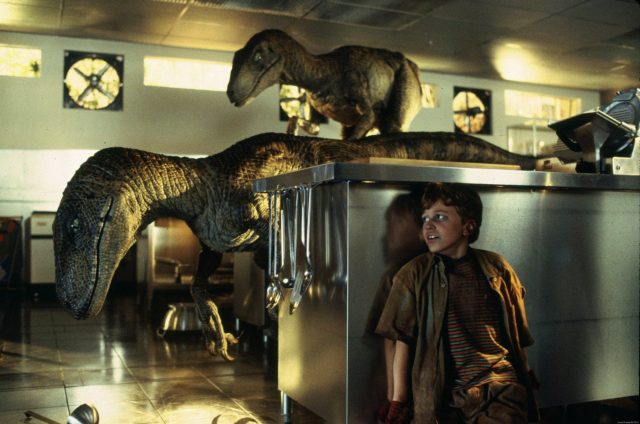 Researchers analyzed fossilized footprints left in the dirt in La Rioja, Spain, that helped identify the speeds at which theropods moved. The researchers concluded that theropods could reach speeds of 28 miles per hour (or about 45 kilometers an hour). 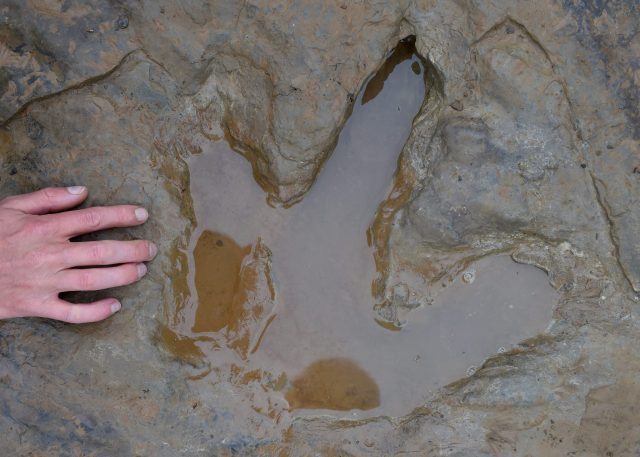 Fossilized footprint of a dinosaur found in Germany. (Note: these are not the footprints researchers analyzed in Spain). (Photo Credit: picture alliance/ Getty Images)

To put these speeds in perspective, in 2011, Usain Bolt ran up to 27.3 miles (or 43.9 kilometers) per hour during a 100-meter race. Bolt’s top speed ever recorded is 27.3 miles an hour, or 43.99 kilometers an hour. That means that a Theropod is only slightly faster than Bolt, certainly making for an exciting race.

To calculate the speed at which these dinosaurs ran, researchers calculated the dinosaurs’ hip height based on the length of the footprint. They then compared the hip height to the distance between each fossilized print. To ensure accuracy, the formula researchers used to calculate the Theropods’ speed was first tested on humans and other animals. 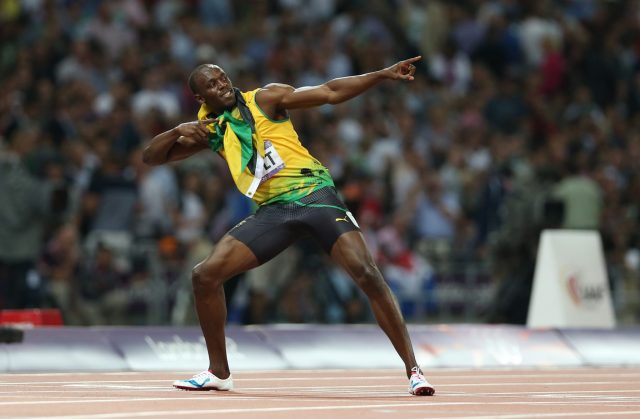 Usain Bolt celebrating in 2012 after he wins a gold during the 200 meter final at the London Olympics. (Photo Credit: Ian MacNicol/ Getty Images)

One thing researchers can’t determine is why these dinosaurs needed to run so fast. Were they perhaps chasing something, or is something chasing them? Pablo Navarro-LorbÃ©s, a doctoral student in paleontology at the University of La Rioja in Spain says that these dinosaurs were “more or less big predators, but not the biggest. They needed to be fast to chase prey and to run away from bigger animals than them.”

More from us: New Meat-Eating Dinosaur Is Oldest Discovered On UK Soil

This speed calculation is an astonishing discovery, as “fast tracks around the world are very scarce.” It should be noted that these fossilized prints were made in relatively deep mud. There is a chance that without the resistance, theropods could have been even faster. If that’s the case, the race between Usain Bolt and a theropod wouldn’t even be close.