Egyptian scientists have digitally “unwrapped” the mummified body of King Amenhotep I, revealing new details about the life and death of the ancient Egyptian pharaoh.

The mummy of Amenhotep I was first discovered at a site in Deir el-Bahari in 1881. Amenhotep’s mummy was decorated with flowers and a wooden face mask. However, the remains underneath were so fragile that archeologists never wanted to risk physically unwrapping the mummy. Amenhotep I is the only royal Egyptian mummy found in the 19th and 20th centuries that has not yet been physically opened for study.

Now, 3,500 years after Amenhotep’s death, a team of researchers was able to use CT scans to digitally unwrap his body for the first time and study the contents hidden underneath. “By digitally unwrapping… the mummy and ‘peeling off’ its virtual layers- the facemask, the bandages, and the mummy itself- we could study this well-preserved pharaoh in unprecedented detail,” said Dr. Sahar Saleem in a news release. Doctor Saleem is a professor of radiology at the Faculty of Medicine at Cairo University and the radiologist of the Egyptian Mummy Project. 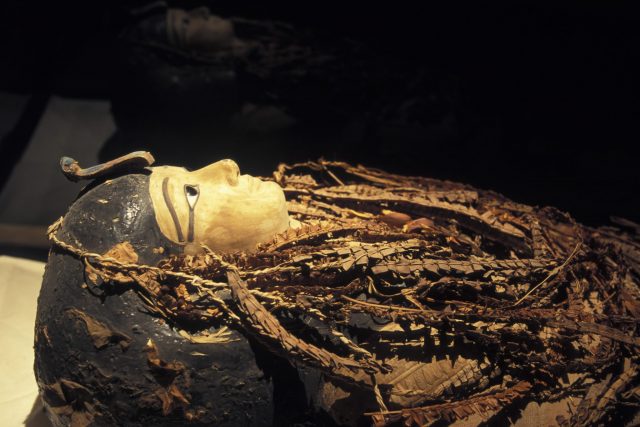 These scans revealed that Amenhotep I has an uncanny resemblance to his father, Ahmose I. Amenhotep I shared Ahmose’s narrow chin, a small narrow nose, curly hair, and mildly protruding upper teeth. Ahmose I was the first pharaoh of Egypt’s 18th Dynasty, while Amenhotep I ruled after his father’s death from 1525 B.C.E to 1504 B.C.E.

Researchers also discovered that Amenhotep I was around 35 years old when he died and stood five-foot-six inches tall (or 169 centimeters). Saleem also revealed that according to the scans, Amenhotep I was in good health at the time of his death and didn’t show any signs of wounds or damage from disease. This suggests that Amenhotep I died from an infection or sickness.

Sometime during the 21st Dynasty, Amenhotep’s original tomb was robbed. Researchers found through these CT scans that the robbers had damaged Amenhotep’s body. Dr. Saleem wrote that “the CT images show the extent of damage of the mummy of Amenhotep I that involved neck fractures and decapitation, a large defect in the anterior abdominal wall, and disarticulation of the extremities, including the right hand and foot.” 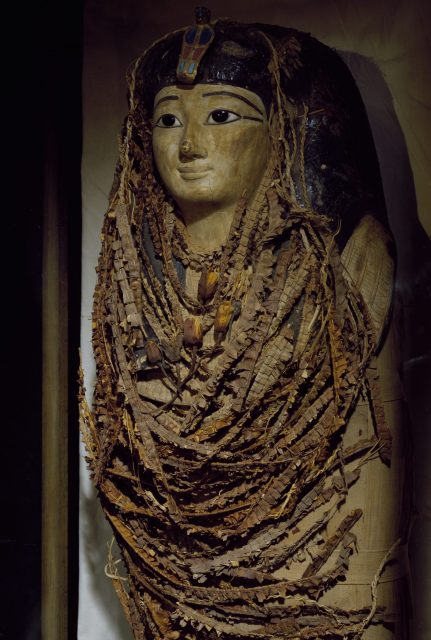 However, researchers also concluded that Amenhotep’s mummy was “lovingly repaired” by priests who ruled during the 21st Dynasty. These priests fixed the detached head and neck back to the body with a resin-treated linen band, covered the injury to the abdominal wall with a linen band, and wrapped his detached arm back to the body. The priests reburied his mummy in the Deir el-Bahari Royal Cache to keep him safe.

The CT scan of Amenhotep I also disproved theories that researchers had held for a while. Amenhotep was found with 30 amulets and a golden girdle with gold beads. This disproves the theory that priests potentially had removed his jewelry so that later Egyptian pharaohs could use it. According to Kara Cooney, an Egyptology professor at UCLA, there is a possibility that the 21st dynasty priests put this unique golden girdle on Amenhotep I when they moved him. “The high priests of Amun, who basically controlled parts of Egypt during the 21st dynasty, regarded Amenhotep I as an ancestor and may have displayed their affection for the pharaoh by placing this girdle on him,” Cooney said.

Not much is known about Amenhotep I’s rule, but he did complete many building projects and was worshipped as a god posthumously.