The First On-Set Movie Death Was From Quicksand

Surprisingly, there is a good reason why so many movies showcase the dangers of quicksand. In 1914, the first on-set movie death occurred when actress Grace McHugh and camera operator Owen Carter drowned in quicksand. Since this accident occurred, quicksand has been presented as a significant threat in Hollywood movies. 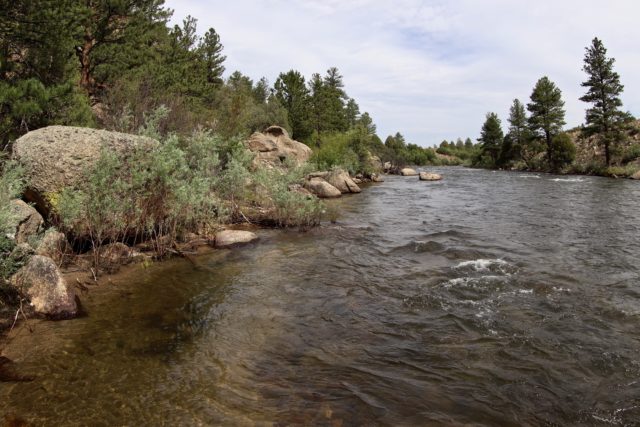 Aspiring actress Grace McHugh was 26 years old when she was cast in the silent film, Across the Border. Today, the movie is best remembered for the two tragic deaths that occurred while filming was underway.

McHugh and Owen Carter drowned in the Arkansas River at Canon City, Colorado, on July 1, 1914, while filming Across the Border. According to an article in The Colorado Transcript on July 2, 1914, McHugh was filming a scene in a boat when suddenly the boat capsized. Carter jumped into the river and brought her to a sandbar without hesitation.

All seemed to be okay until the pair suddenly sank from view, getting sucked down by quicksand. The rest of the crew watched in horror as the two disappeared from their sight. Owen Carter’s body was found five days after the tragedy. Grace McHugh’s body was missing for a total of 12 days and was eventually found nine miles away from the scene.

The movie was released one month later

After the accident, Owen Carter posthumously received the Carnegie Hero Award for his rescue efforts. Movie director Otis B. Thayer told investigators that Carter swam out to help McHugh “of his own free will and without any suggestion from myself or anyone else.”

Despite the deaths of two individuals working on the film, the movie was released in August 1914. Instead of being respectful to those who lost their lives while filming the movie, articles and advertisements emphasized the film’s real-life drama. They attempted to capitalize on McHugh’s death while not even mentioning Carter. For example, one paper described the movie as “the greatest of Mexican War features in which Miss Grace McHugh the beautiful and daring leading lady lost her life.”

Quicksand is a major threat in movies 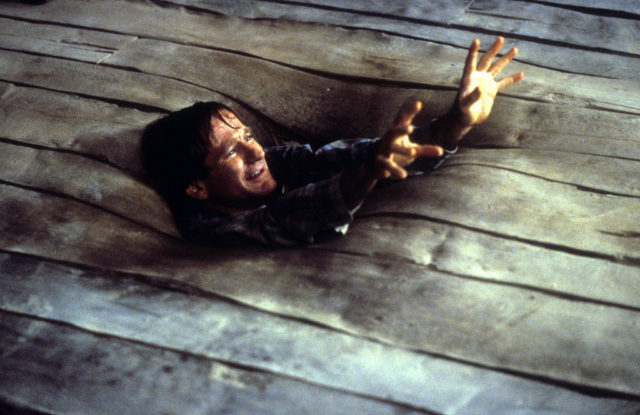 Robin Williams sinks into the floor in a scene from the film ‘Jumanji’, 1995. (Photo Credit: Columbia TriStar/ Getty Images)

Perhaps it is because the first on-set movie death involved quicksand that so many other films started showcasing it as such a major threat. Throughout the 1950s, ’60s, and ’70s, quicksand scenes were typical in both television shows and movies. In the 1960s, quicksand appeared in one out of every 35 films.

More from us: 10 Movie Stunts That Went Horribly, Horribly Wrong

Because it was featured so frequently in television and movies, many of us grew up believing that quicksand would play a more prominent role in our adult lives. Quicksand doesn’t appear as much in television and movies today. Still, after learning about the tragedy that happened in 1914, we can better understand why quicksand was depicted as a real threat in Hollywood.