The UK Tried This Woman for Witchcraft – During the Second World War!

When we think of witch trials, we think of unenlightened medieval times when women were persecuted by those around them. However, the last person to be imprisoned under the Witchcraft Act 1735 was Victoria Helen “Hellish Nell” Duncan, who gave away Royal Navy secrets during her séances.

Born Victoria Helen MacFarlane, the young girl who went on to become Helen Duncan started out by scaring her friends at school with “dire prophecies and hysterical behavior.” After working for a while at Dundee Royal Infirmary, she married Henry Duncan, a cabinet maker who was supportive of her claims of supernatural powers. 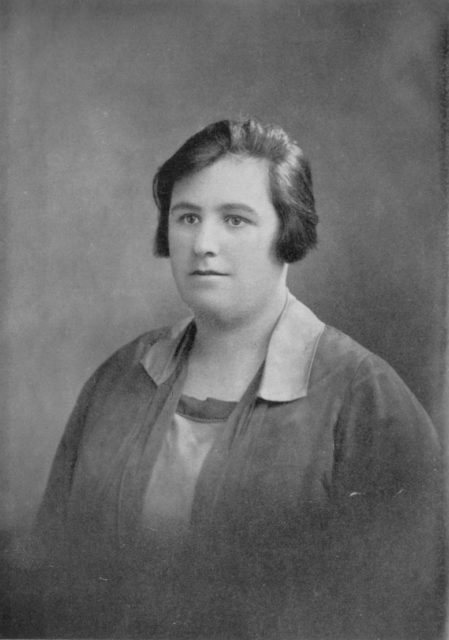 There was certainly a lot of money to be made from being a medium, since so many people were drawn to séances after losing loved ones to war.

In 1928, photographer Harvey Metcalfe attended one of Duncan’s séances and took pictures using a flash. The resulting images showed her spirit guide, Peggy, was actually a papier-mâché mask with a sheet hung over it. 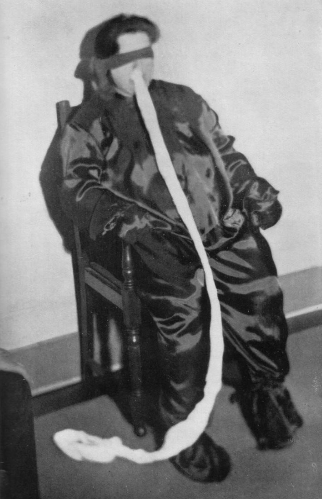 One of Duncan’s tricks was to vomit up ectoplasm. However, when the London Spiritualist Alliance (LSA) examined it, they found it to be materials such as cheese-cloth and paper saturated with egg white. When she was given a special tablet of methylene blue to swallow before a séance, she could not produce the ectoplasm, suggesting it was something she’d ingested rather than manifested.

When noted psychical researcher Harry Price was given a sample of Duncan’s ectoplasm in distilled water, he was disappointed to find it was merely egg white mixed with chemicals.

Wanting to investigate further, he asked Duncan to submit to an X-ray. While she initially agreed, when the time came she went into hysterics, assaulted those nearby and ran into the street, where she proceeded to rip her clothes apart and cling to the railings. Price’s report gave a vivid description, “A seventeen-stone woman, clad in black sateen tights, locked to the railings, screaming at the top of her voice.”

The police attended, but took no action. In the end, Duncan was coaxed back inside by her husband. 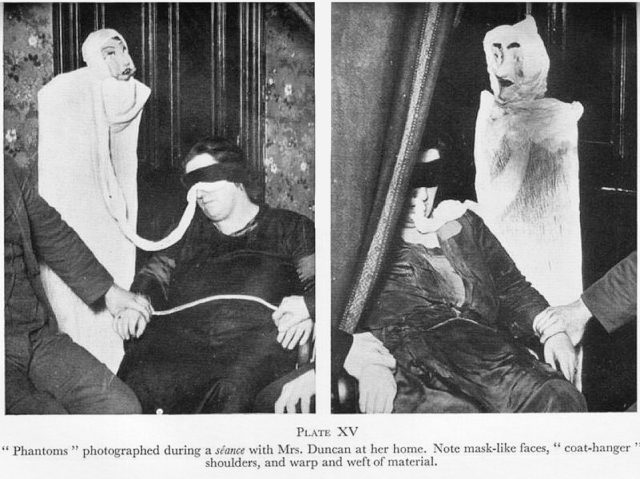 Price stated what happened next, “We got her back into the Laboratory and at once she demanded to be X-rayed. In reply, Dr. William Brown turned to Mr. Duncan and asked him to turn out his pockets. He refused and would not allow us to search him. There was no question that his wife had passed him the cheese-cloth in the street.”

In the summary of his report, Price summed up his disdain with the whole thing, writing, “Could anything be more infantile than a group of grown-up men wasting time, money, and energy on the antics of a fat female crook.”

Evidence of fraud leads to a conviction

In 1933, during a séance in Edinburgh, one of the sitters grabbed at Peggy when she manifested and the lights were turned on. It was revealed the spirit guide was actually made from an undervest. This prop was used in evidence at a trial on May 11, 1933, where Duncan was convicted of fraudulent mediumship. 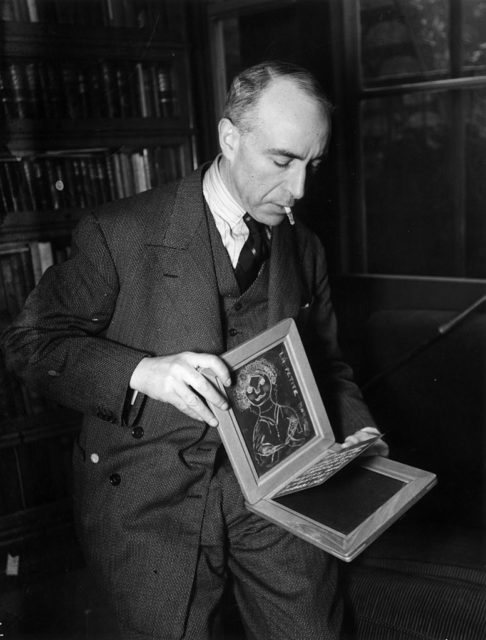 However, even when her maid admitted to helping her and her husband confessed that her ectoplasm was regurgitated, Duncan continued to hold séances – and her most impressive sitting was yet to come.

During a sitting that took place on May 24, 1941, Brigadier Roy C. Firebrace was in the audience when Duncan announced that “a great British battleship has just been sunk.” Looking into the matter upon returning to his office, he found nothing of the sort.

It was later revealed the HMS Hood had been sunk.

According to Firebrace’s later report, “From the point of view of the authorities, Mrs. Duncan was a somewhat dangerous person. It is a fact that the police from Scotland Yard did come to the International Institute while these stories were current, and consulted Mrs. Duncan there, and myself, as to how Mrs. Duncan could be prevented from giving this information out, because the authorities admitted that the information was authentic.”

However, Strange History puts forward an explanation for this: Firebrace’s memory of the event might have been flawed and his timings a little off. 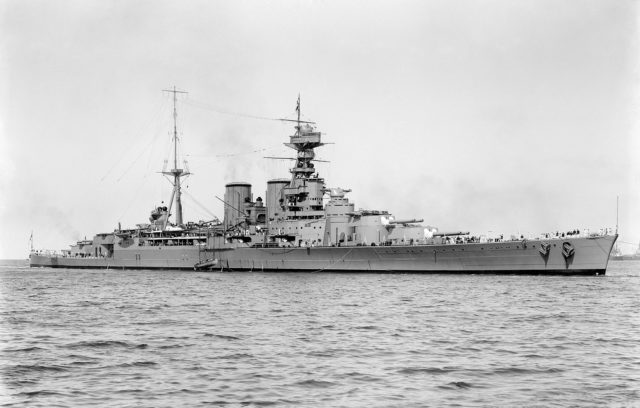 While the incident with HMS Hood might have drawn Duncan to the attention of the Admiralty, it was the destruction of HMS Barham in November 1941 that sealed her fate.

At some point, Duncan attended a Portsmouth church to demonstrate her abilities. During the séance, she contacted a spirit guide named Sid who was a sailor and revealed the battleship had been sunk. No one in the audience knew this fact, as the information was kept top secret until January 1942 to prevent the lowering of morale at a dark time in the war.

This revelation meant the Home Office kept a careful eye on Duncan after that. She could be genuine, she could be a fraud or she could be a German spy. Whatever she was, she was leaking Navy secrets.

Finally arrested, but Churchill is unimpressed

It took three years, but Duncan was eventually arrested on January 19, 1944 during a séance. The initial charge was under section 4 of the Vagrancy Act 1824, which relates to fortune telling, astrology and spiritualism. However, while she was being held in the Old Bailey in London, a new charge was leveled against her under section 4 of the Witchcraft Act 1735. This would result in a prison sentence, ideal for someone publicly leaking Navy secrets. 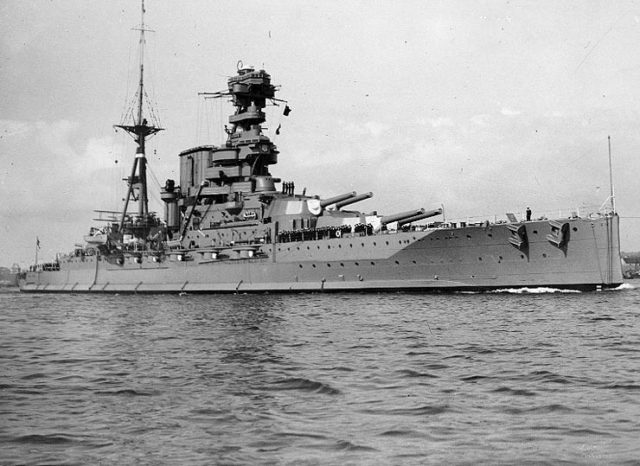 Duncan’s trial took place in April 1944. This was just a few months before D-Day and there were suggestions she’d been arrested to prevent her from leaking any information about the Allies’ plans.

She was found guilty and served nine months in jail.

Act is repealed and alternative theories are put forward

Winston Churchill called the conviction “obsolete tomfoolery” in a memo to the Home Secretary. The political fallout from such a ridiculous sentence encouraged a change in the law, and the Witchcraft Act 1735 was eventually repealed. 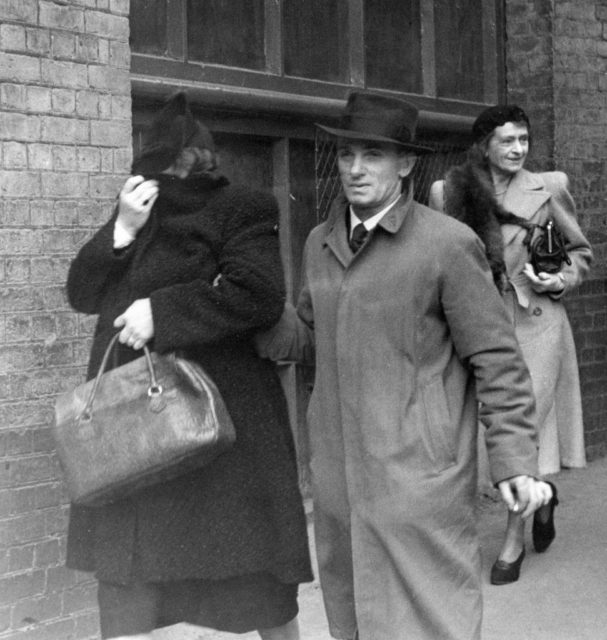 Reported by the BBC, Michael Stratton-Brown had an alternative theory as to how Duncan came to know top secret information, stating that some of the survivors had contacted relatives to let them know they were safe long before the official announcement was made. After all, Duncan lived in Portsmouth, the home of the Royal Navy, so she could have heard about it through the grapevine.

Researcher Graeme Donald backed up this theory by noting letters of condolences were sent out to families of the dead. He theorized that “allowing for perhaps 10 people in each family, there were about 9,000 people who knew of the sinking; if each of them told only one other person, there were 20,000 people in the country aware of the sinking, and so on – hardly a closely guarded secret.”

Petitions to clear her name

In 2008, an online petition to pardon Duncan posthumously was rejected by the Scottish Parliament. Part of the reason behind it was to help Duncan’s family, as the Witchcraft Act has a stigma attached to it. According to medium Roberta Gordon, “It has tarnished her name and left her family, her daughters, her granddaughters, feeling that she was branded a witch.” 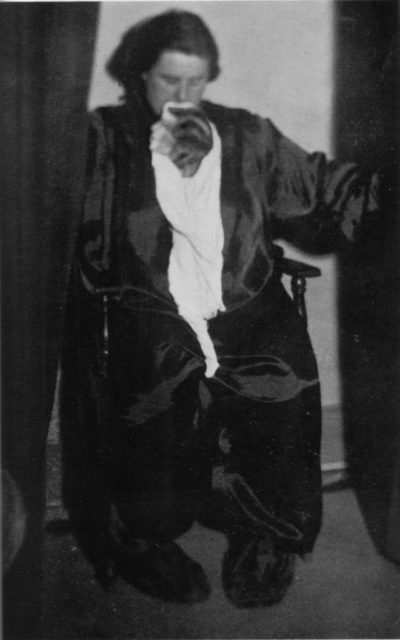 Despite this, the MSP committee unanimously rejected the petition in March 2008. Talking about their reasoning, committee member Nigel Don said, “I feel we’ve got better things to talk about. It’s an interesting lesson in history, but it has no purpose whatsoever and I would like to close it now.”