See Inside the Most Famous Buildings in the World

Some buildings throughout the world are so instantaneously recognizable from the outside that we never really stop to consider what the interiors might look like. These famous structures are just as beautiful on the inside as they are from the outside! 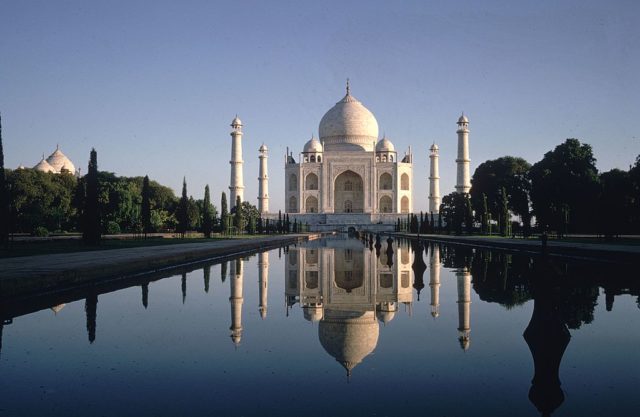 The Taj Mahal is arguably the most famous building in India. It was erected as a mausoleum for the second wife of Mughal Emperor Shah Jahan, and work on the site was completed in 1653. 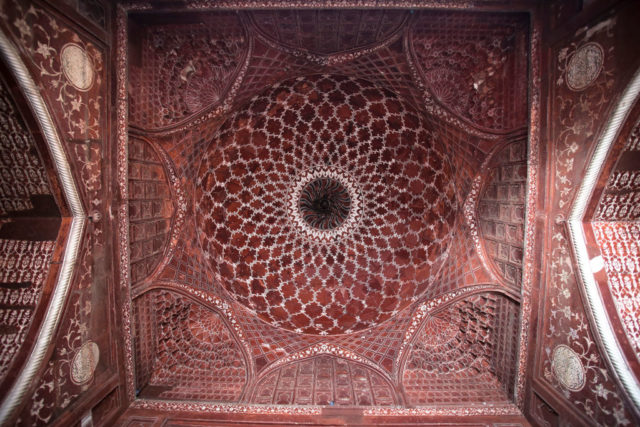 The central focus of the Taj Mahal complex is the tomb, which is a large, white marble structure. The Taj Mahal is considered the most outstanding architectural achievement in the entire range of Indo-Islamic architecture. According to UNESCO, the Taj Mahal is a “perfect symmetrical planned building.” 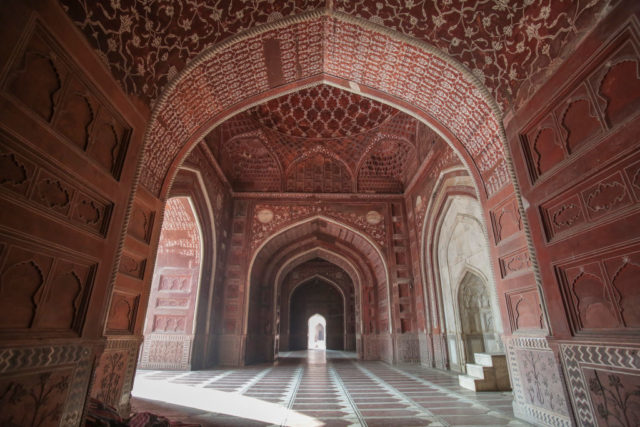 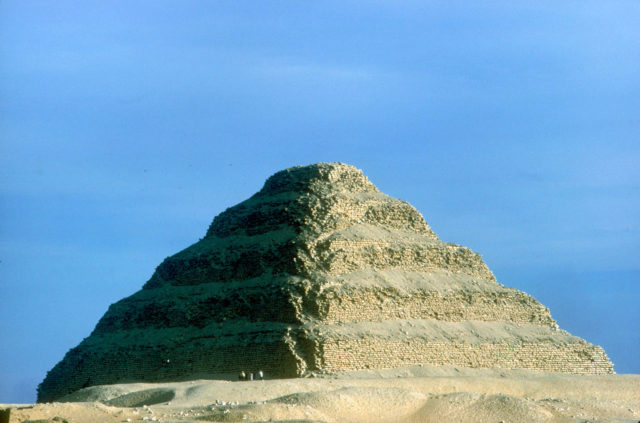 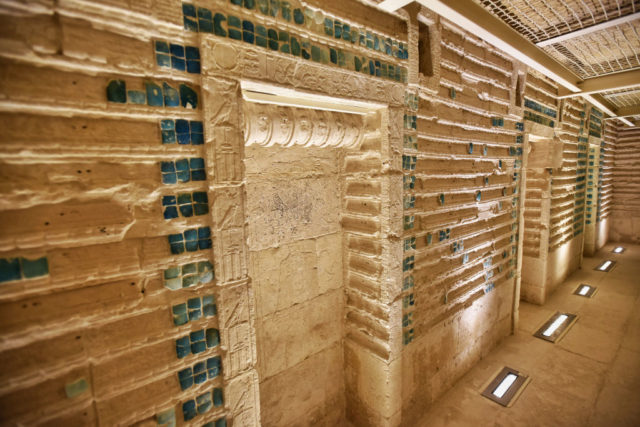 In 2020, the inside of the Djoser Pyramid was completed after a 15-year restoration. The tunnels beneath the pyramid form a labyrinth nearly 3.5 miles (or 5.5 kilometers) long. Thousands of blue-green tiles decorated the halls of the tomb. These tiles were meant to imitate reed matting. 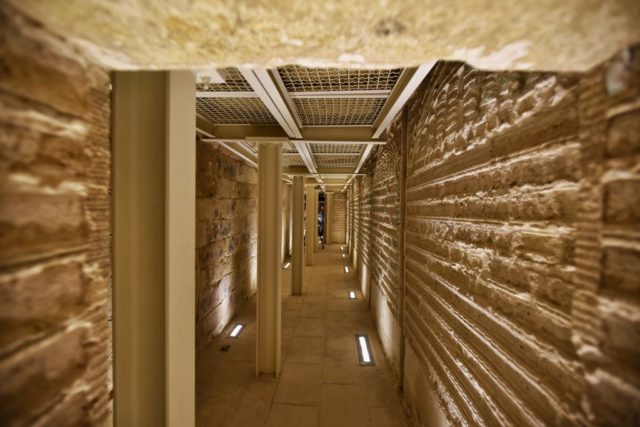 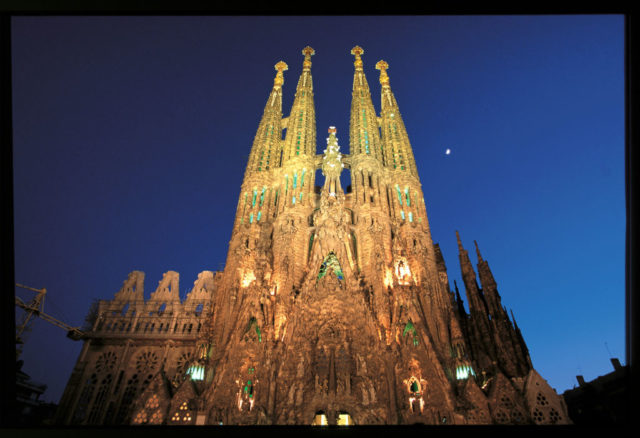 La Sagrada Família is a giant Basilica located in Barcelona that has been under construction since 1882. Experts believe that the church will be completed sometime after 2026. It is one of the most famous works of the architect Antonio Gaudí. 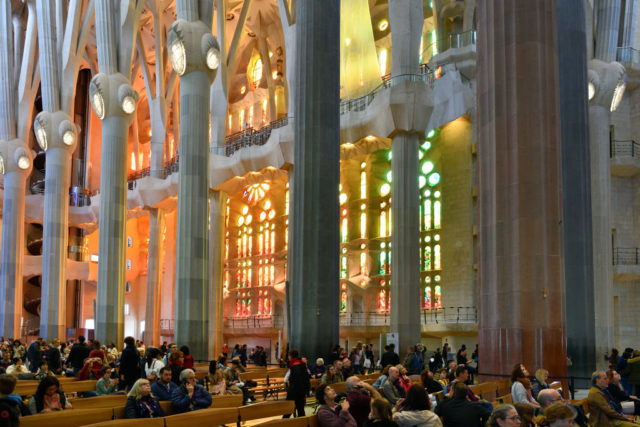 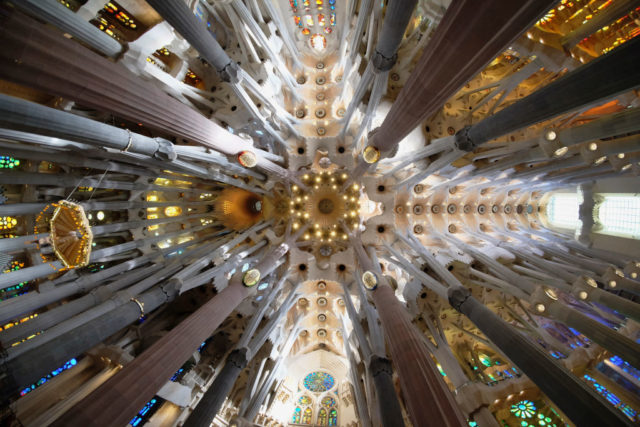 The interior and exterior of the Basílica de la Sagrada Família are packed with Catholic symbolism. According to Gaudí’s original design, the Basilica should have eighteen spires. These spires represent the Twelve Apostles, the Virgin Mary, the four Evangelists, and Jesus Christ. Interestingly, there are no exact right angles on the outside or inside of the Basilica. 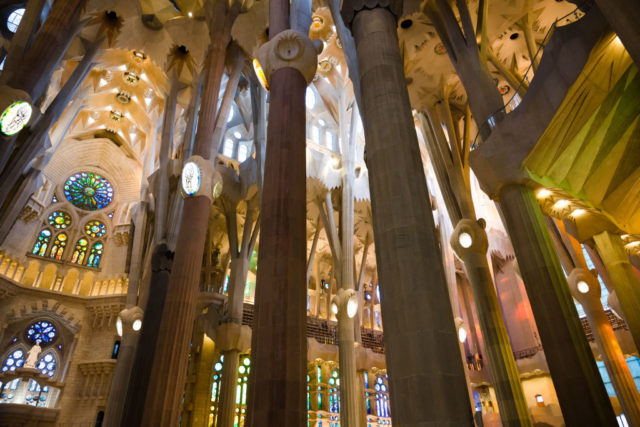 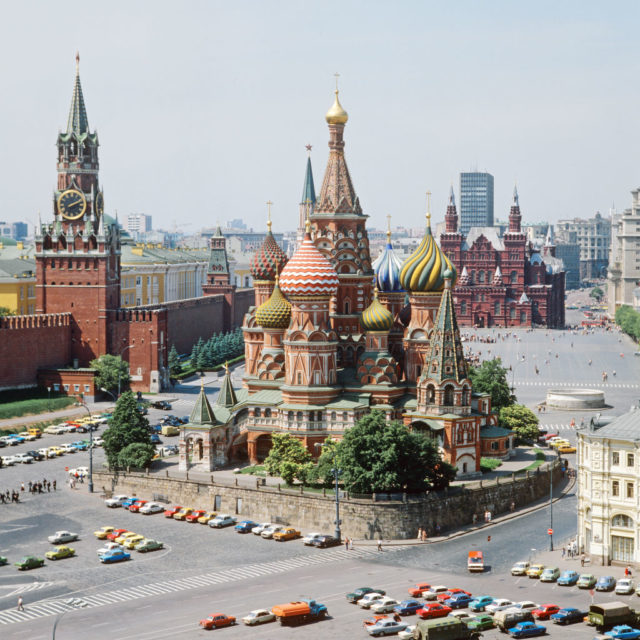 St. Basil’s Cathedral in Moscow is definitely one of the brightest and most recognizable buildings in the world. The cathedral was commissioned by Ivan the Terrible in 1555. 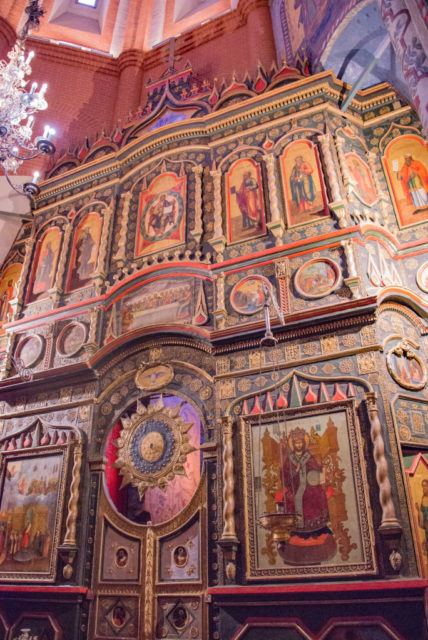 The bright landmark, situated in the middle of Moscow’s Red Square, originally was white with gold domes. Supposedly, it was colored this way to match the white stone of the Kremlin. The domes of the church were painted in the seventeenth century. The colors chosen for the domes were taken from a Biblical description found in the Book of Revelations about Heaven. 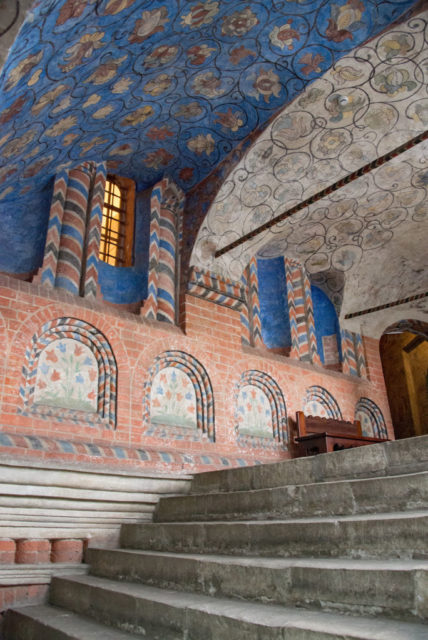 5. The Statue of Liberty 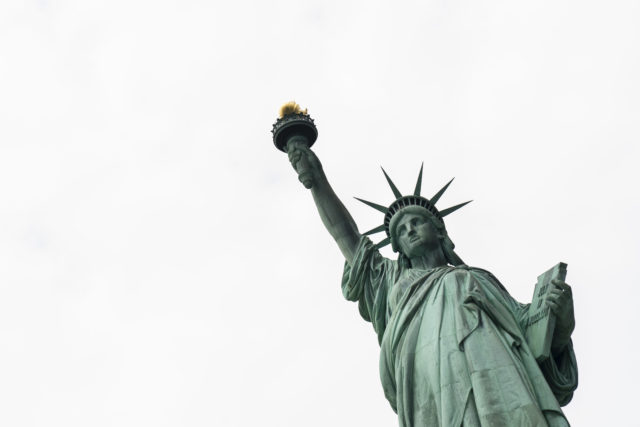 The Statue of Liberty is located on Liberty Island in New York Harbor. The statue came from the French as a gift of friendship to the American people. 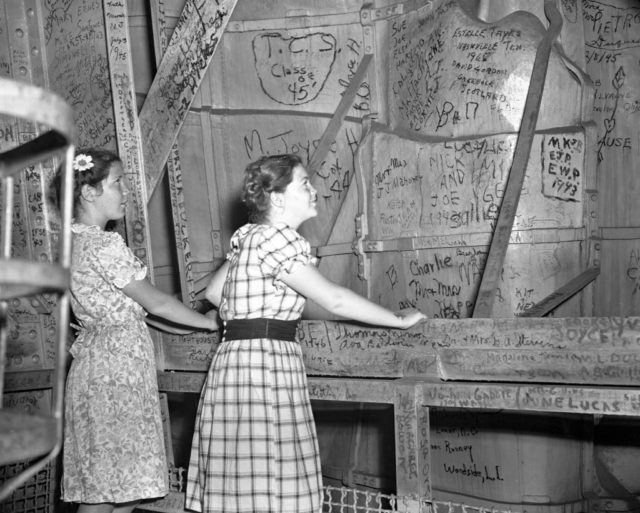 Visitors used to be allowed inside the Statue of Liberty’s torch until 1916, when an explosion on Black Tom Island in New York sent shrapnel hurtling toward the statue. Similarly, visitors today are no longer allowed to go up to Lady Liberty’s crown. 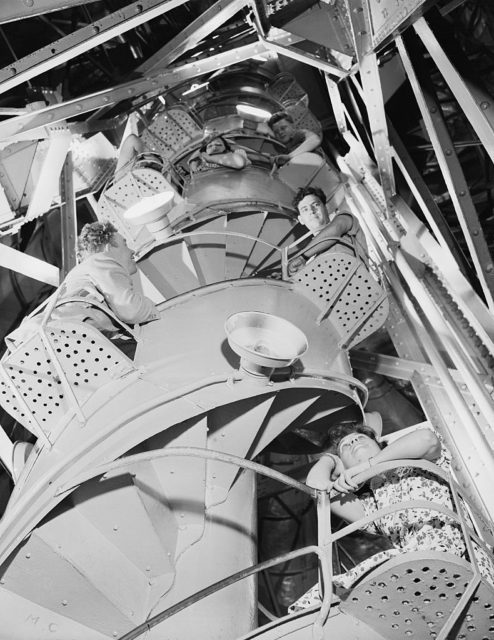 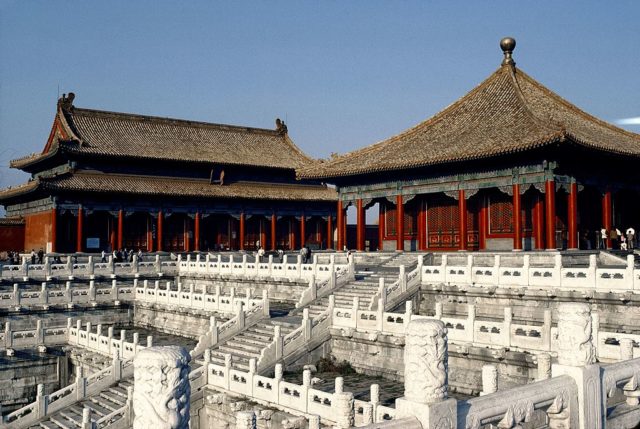 The Forbidden City in Beijing, China, was once the imperial palace of the Emperor of China. The entire complex consists of 980 buildings and nearly 9,000 rooms. You might also recognize the Forbidden City from Disney’s Mulan! 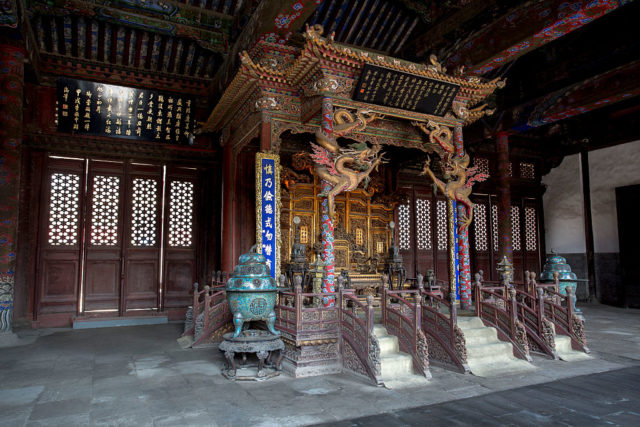 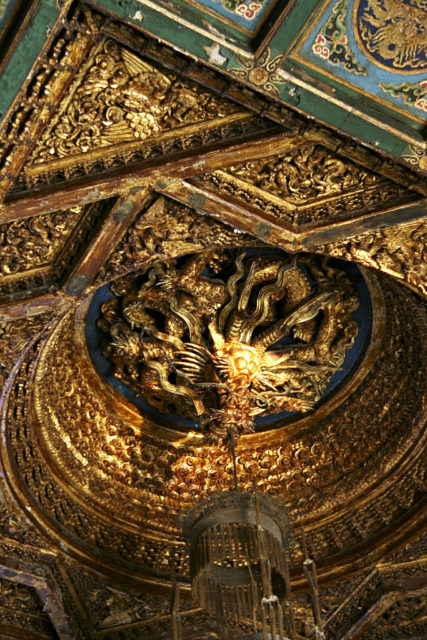 The Forbidden City served as the home of Chinese emperors and their families from 1420 to 1924. Since 1925, the Palace Museum has been in control of the Forbidden City. Today, it’s the most valuable palace in the world. 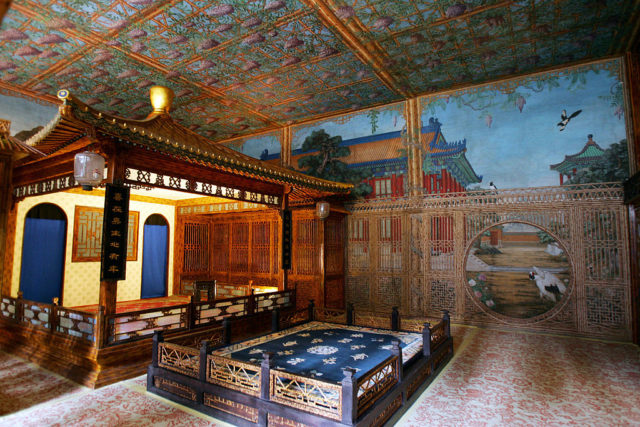 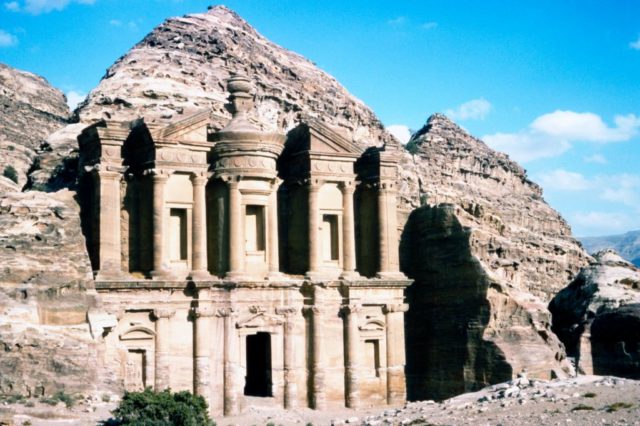 The now-abandoned city of Petra in Jordan was once a thriving city and the capital of the Nabataean empire between 400 BCE and 106 AD. The Ad Deir Monastery at Petra is pictured above. The Monastery is a huge building carved out of rock. 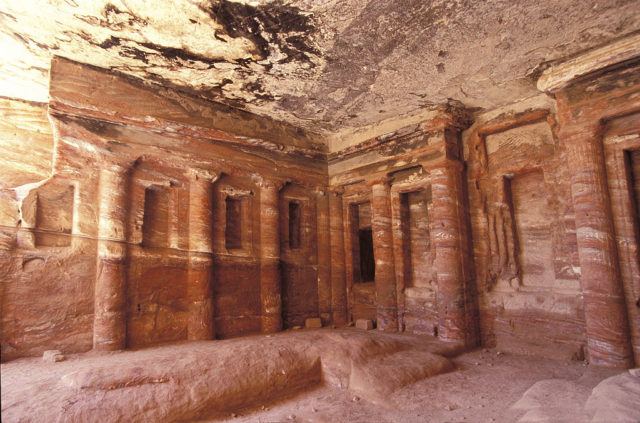 The city of Petra was used as a primary film location for Indiana Jones and the Last Crusade (1989). The Al Khazneh (The Treasury) was used as the entrance to the temple housing the Holy Grail in the movie. Petra has often been referred to as the “Rose City” because the stones in key buildings are a pinkish color. 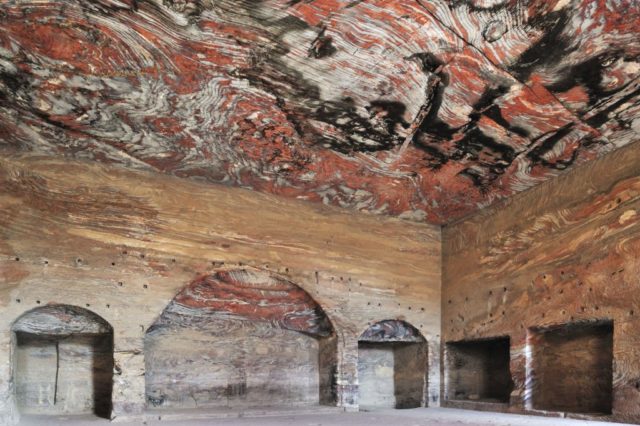 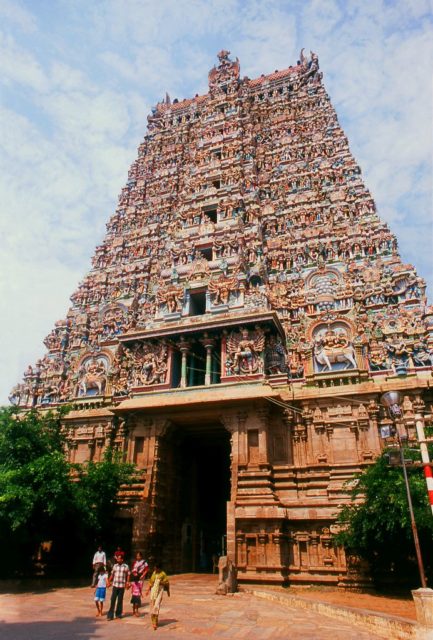 The ancient Meenakshi Temple towers over the modern buildings in the city of Madurai, India. The temple consists of 14 towers covered with over 1,500 brightly colored sculptures. 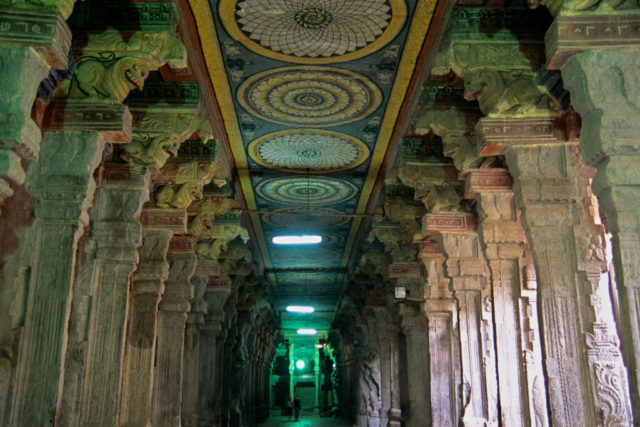 More from us: No Photos! 5 Surprising Places Where Pictures are Off Limits

When the Meenakshi Temple is viewed from above, the entire structure is representative of a mandala. Many mandalas are painted throughout the interior of the temple. The Meenakshi Temple also features a thousand-pillar hall. Technically, there are only 985 pillars in this hall – rather than one thousand.

« Can People Really Get Away With Crime In Yellowstone’s ‘No-Man’s Land’?
‘Dirty’ Hygiene Secrets of the Mongol Empire »